Held in conjunction with the 909th Anniversary of the Tidore Palace, on this historic island in North Maluku, the Tidore Festival 2017 took place successfully from 10th to 12th April 2017. In its 9th edition this year, the event threw the limelight on the rich traditional culture of its people that continues to be well preserved until this very day.

Tidore and Ternate are two small islands west of the larger island of Halmahera in North Maluku, now better known as the original Spice Islands. In history, both Ternate and Tidore were once powerful Sultanates who ruled over the surrounding seas of East Indonesia The Tidore Festival 2017 featured three main activities. First was the Juanga Parade which featured a colorful sail pass of traditional boats in battle formation.  The flotilla was led by the Sultan of Tidore himself accompanied by the royal family and guarded by soldiers. The second was the Paji Journey, which traced back to the journey made by the Sultan at the Revolt by Sultan Nuku .The third was the royal procession of the Tidore Sultan and entourage, which was immediately followed by the grand opening of the World’s Maritime Museum at Tidore’s Palace (KedatonTidore).

The Tidore Festival also featured the Kota Tupa Procession (journey to the homes of ‘Sowohi’ or elders at Tambula, Folarora, and Guruabanga located at the foot of Mount Kie Matubu), the Tag Jie procession (journey to the peak of Mount Mar’ijan), the Rora Dange Ake Dango (a ritual merging waters from the homes of the Sowohi Romtoha Tomayou), and the parade of Paji Nyilu-Nyili. In addition there were also exhibitions, art performances, a cultural carnival, cultural seminar, and more.

During the Juanga Parade, hundreds of Kora-kora, - traditional battle ships typical of the Tidore Sultanate, sailed around the island led by the 37th Sultan of Tidore Husain Sjah. The Sultan and his entourage then sailed on to neighboring Ternate Island where they were welcomed by the Mayor of Ternate, Burhan Abdurahman. The traditional dances of Cakalele and Soya-soya were also powerfully performed by dancers to welcome the Sultan. The procession continued to ‘Kafaton Tidore’, also known as the land of the Kings.

The unique traditional boats, and the captivating dances fascinated the hundreds of locals and international visitors who came especially from far and wide to witness this special occasion. 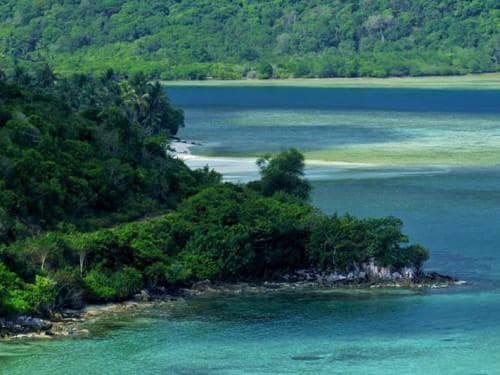 In his explanation, Head of the Office of Tourism of Tidore Island, Yakub Husain told the crowd that the history of Tidore is meaningful not only for the local inhabitants, but indeed also for the world.   In the 15th century before the arrival of the colonial western countries in search of spices, the Tidore Sultan already ruled over Indonesia’s eastern seas, and merchants and explorers from across the world came to Tidore and Ternate to trade.

Earlier, at the official launch of the Tidore Festival 2017 in Jakarta on 5th April 2017, Indonesia’s Tourism Minister, Arief Yahya expressed his full endorsement of the festival. “The cultural and historic value of Tidore is indisputably high, and this needs to be supported through by commercial value. The more we preserve our culture, the more it will bring prosperity to the people” said the Minister. 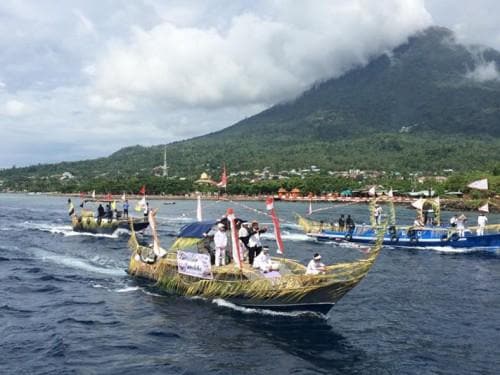 At the 6th Global Network of Magellan Cities (GNMC) Meeting held in Lisbon, Portugal in January 2017, Tidore was designated the pinnacle and last port-of-call in the Ferdinand Magellan’s Voyage 500 Years Commemoration Sail Expedition. Scheduled to depart from Lisbon in February 2019, it is an international commemoration of the historic voyage made by Ferdinad Magellan in 1519, where ships from a number of European countries will retrace the same route taken by Magellan’s voyage around the world to find this tiny island called Tidore in North Maluku.

Tidore is the original island where Magellan first landed in search of the precious sought after cloves and nutmegs. The expedition proved to have been a significant historic voyage: being the first ever flotilla to have circumnavigated planet earth, thereby unquestionably proving once and for all, that the earth is round, and not flat.