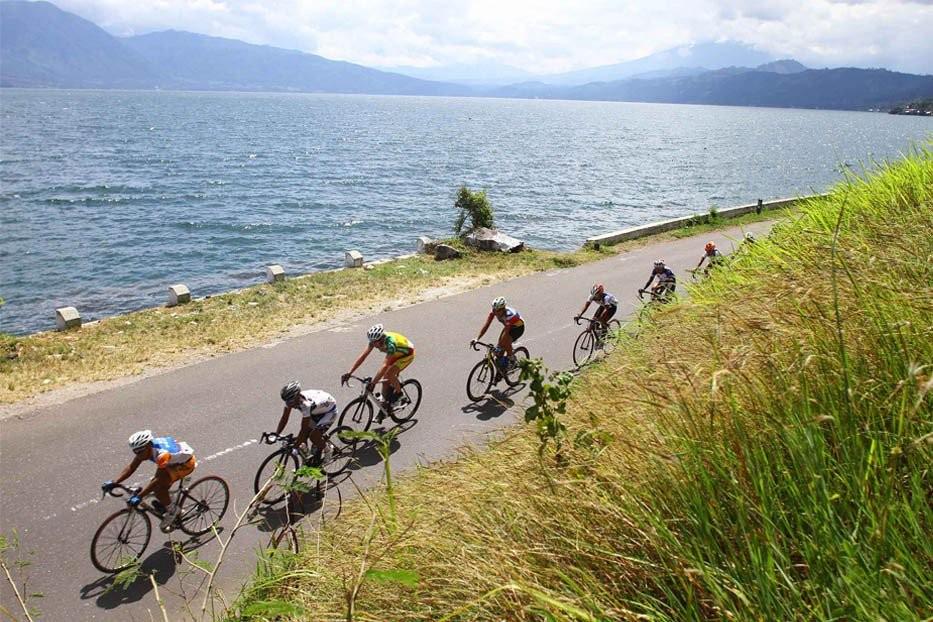 Held from 18th to 23rd May 2016, the First Tour de Flores (TdF), the exciting sport-tourism event that combined challenging tracks crossing the entire length and the fascinating landscape of Flores Island in East Nusa Tenggara Province, had proven to be a huge success. Consequently, it was there and then decided that this grade 2.2 Cycling Race will now become an Annual Event.

Although at the start some were concerned over its execution, the race turned out to have received overwhelming reviews from the domestic and international press and television coverage. Hereupon, the Ministry of Youth and Sport together with the Ministry of Tourism and the Governor of East Nusa Tenggara, Frans Lebu Raya, as well as 8 Regents in East Nusa Tenggara Province together agreed to stage TdF again next year.

“I am happy and excited that the outcome has been good and in fact outstanding. TdF has become the first ever road race cycling event in east Indonesia” said Minister of Tourism, Arief Yahya as reported by detik.com. Moreover,

Minister Arief Yahya added: “The event has become a folk festival uniting the entire population of East Nusa Tenggara . TdF is now set to be an annual-sports tourism event, that has the accord of the Governor and 8 regents ”

East Nusa Tenggara has sufficient resources to stage such an international event, since the over the total route starting from the first stage from Larantuka to Maumere, followed by Ende, Bajawa, to the finish line at Labuan Bajo, the roads are in good condition. Moreover, the tracks are quite challenging. Each day of the race offered steep climbs which riders had to conquer. Another , no less important feature that made the event extra special were the people and children of Flores themselves who lined the route cheering on with enthusiasm and smiles when the cyclists passed their villages.

For the coming years, further improvements will be made to matters of transportation and accommodation in the various regencies along the route.

On his part, Minister of Sport and Tourism, Imam Nahrawi expressed his support to establish Tour de Flores as an annual event. Through the event, Minister Imam Nahrawi expected that more Indonesian cycling athletes can emerge. “It is correct to establish the Tour de Flores as an annual event. If Flores can do it, then surely other regions can also follow suit” said Minister Nahrawi.

In this inaugural edition of Tour de Flores, Daniel Whitehouse from England along with the Trengganu Cycling Team emerged as Champion. Enthusiasm was also expressed by cyclists completing the race to the finish line. “The views are incredible and the tracks are certainly hard. The race is truly challenging and fantastic” commented Gerard Wild from Swiss Wellness Cycling Team. Meanwhile Liau Jiangpeng, rider from Wisdom Hengxiang Cycling Team commented that among all cycling races in Indonesia that he had participated, TdF for sure presented the most challenging tracks. “Every day there was a climb. The most challenging was the second stage where the climb was steep and long. If they stage this again next year, we’ll definitely participate again” said Liau Jiangpeng.

Tour de Flores covered a total distance of 661.5 Kilometers along the entire length of Flores Island, and was divided into 5 stages. Commencing the race, the first stage started from Larantuka in East Flores, to Maumere (capital city of Sikka Regency). The second stage took cyclists from Maumere to Ende (the town where Indonesia’s first President, Soekarno, was exiled before Independence), followed by the third stage from Ende to Bajawa. The fourth stage covered the route from Bajawa to Ruteng, followed by the fourth and final stage from Ruteng to Labuan Bajo at the western-most end of Flores, entry point to the world-renowned Komodo Island , habitat of the prehistoric Komodo dragons.