One of the things that make Indonesia unique is the thousands of cultures that exist and flourish through local preservations. As a result, there are many interesting traditions that you can find in this diverse archipelago, from wellness methods to ceremonial merrymaking. In commemoration of Indonesia’s Independence Day on 17 August, here are some exciting traditions to celebrate the national holiday that you should know.

In welcoming the day of the celebration, small hawkers in Palembang start to fill the streets to sell some traditional handcrafts named telok abang (red egg). It’s basically a red-dyed egg placed in a toy in the form of a ship, plane, rickshaw, or train. 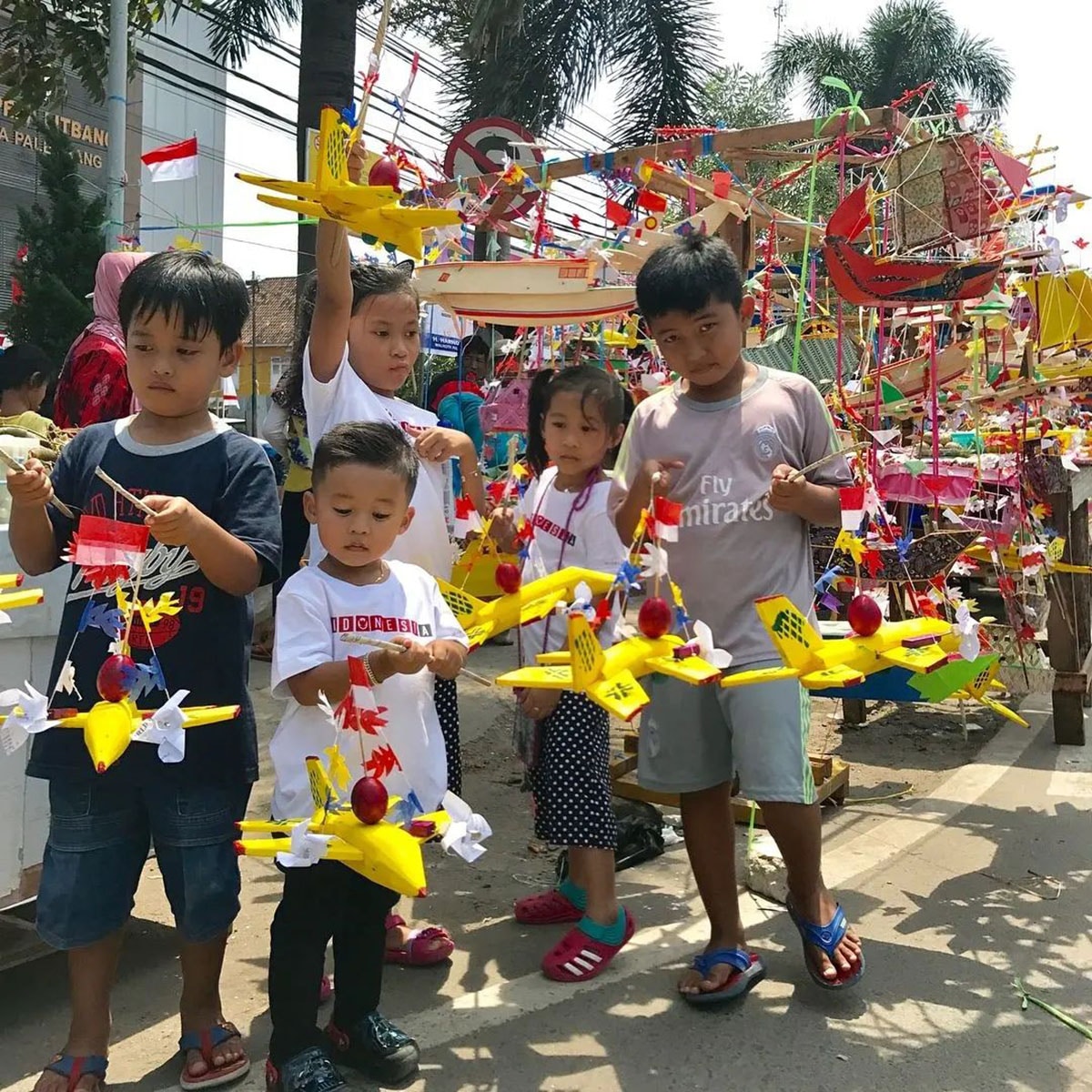 Originally, this tradition was a birthday celebration of Queen Wilhelmina of the Netherlands in the Colonial Era. After independence, the philosophy was changed. The red color, which is dyed in the egg shell, symbolizes courage, while the white inside of the egg means purity; just like the meaning of the Red and White Flag of Indonesia.

Pawai Jampana or the Jampana Parade is a tradition carried out by the local people in Bandung as a symbol of gratitude for the harvest reaped by the community as well as to commemorate a historic Independence Day of the Republic of Indonesia.

Obor estafet, a tradition that is no less unique and lively, is also carried out by residents of Semarang in Central Java; precisely in Papandayan Village in Gajahmungkur District. Along with the best athletes in Semarang, the local community arranges a torch relay run to commemorate the spirits of the patriots when fighting for the independence of the Republic of Indonesia.

Through this torch relay competition, which has been carried out for approximately 30 years, the community is expected to manifest the spirit of the patriots in their daily struggles. Are you interested in coming to see this exciting celebration?

Every year, in order to welcome the Independence Day of the Republic of Indonesia, the Island of Lombok holds a Peresean competition that presents famous pepadu (gladiators) to compete for agility. Peresean itself is a traditional performance art of the Sasak people of Lombok, West Nusa Tenggara. This tradition brings together pepadu from various corners of Lombok to battle each other armed with rattan rods and shields made of cow or buffalo skin. 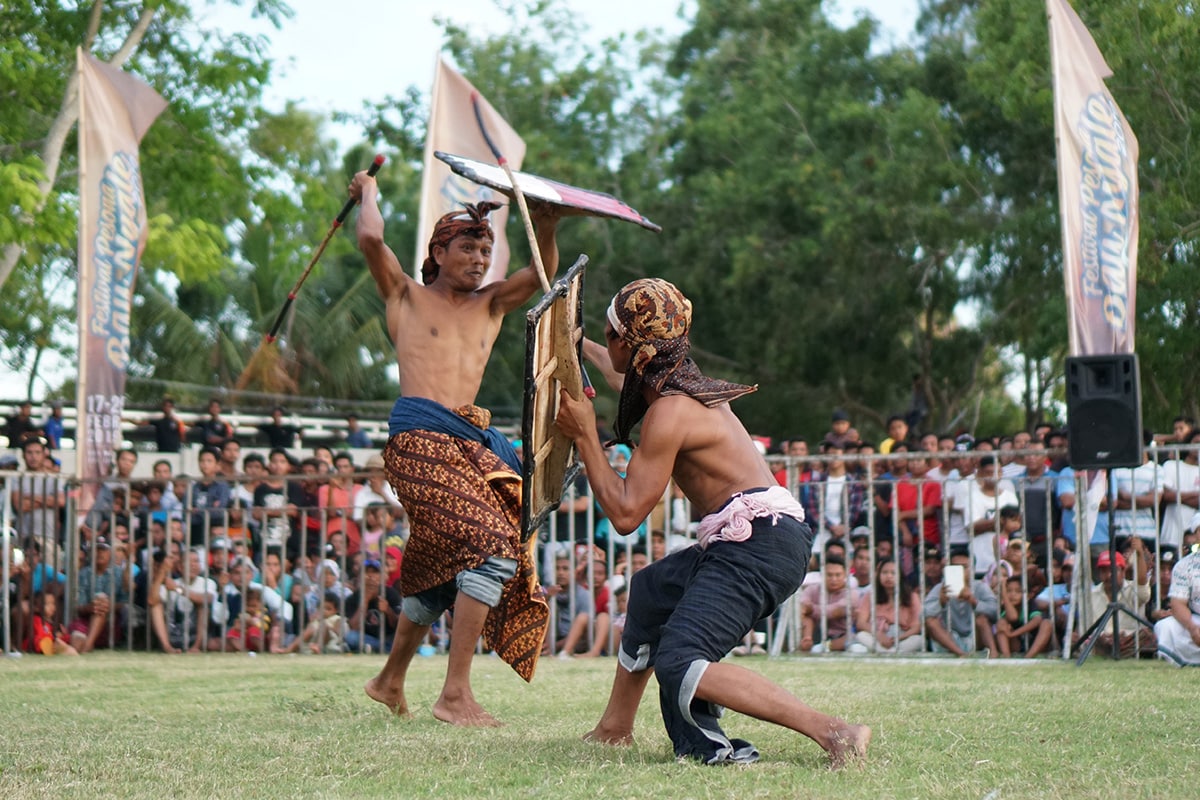 Even though it is included in extreme traditional arts, Peresean also has a thoughtful moral premise. The battle between two men is considered as a traditional rite of passage to test the value of brotherhood and chivalry of a man. Due to its popularity, this tradition has become the main attraction for tourists, both domestic and international, who come to Lombok.

Last but not least, there is a competition in Banjarmasin, South Kalimantan that always attracts the attention of many people, namely the Lomba Dayung Perahu Naga or Dragon Boat Rowing Competition. Routinely carried on an annual basis on the Martapura River, this competition has been held since 1924. Old but gold, right? 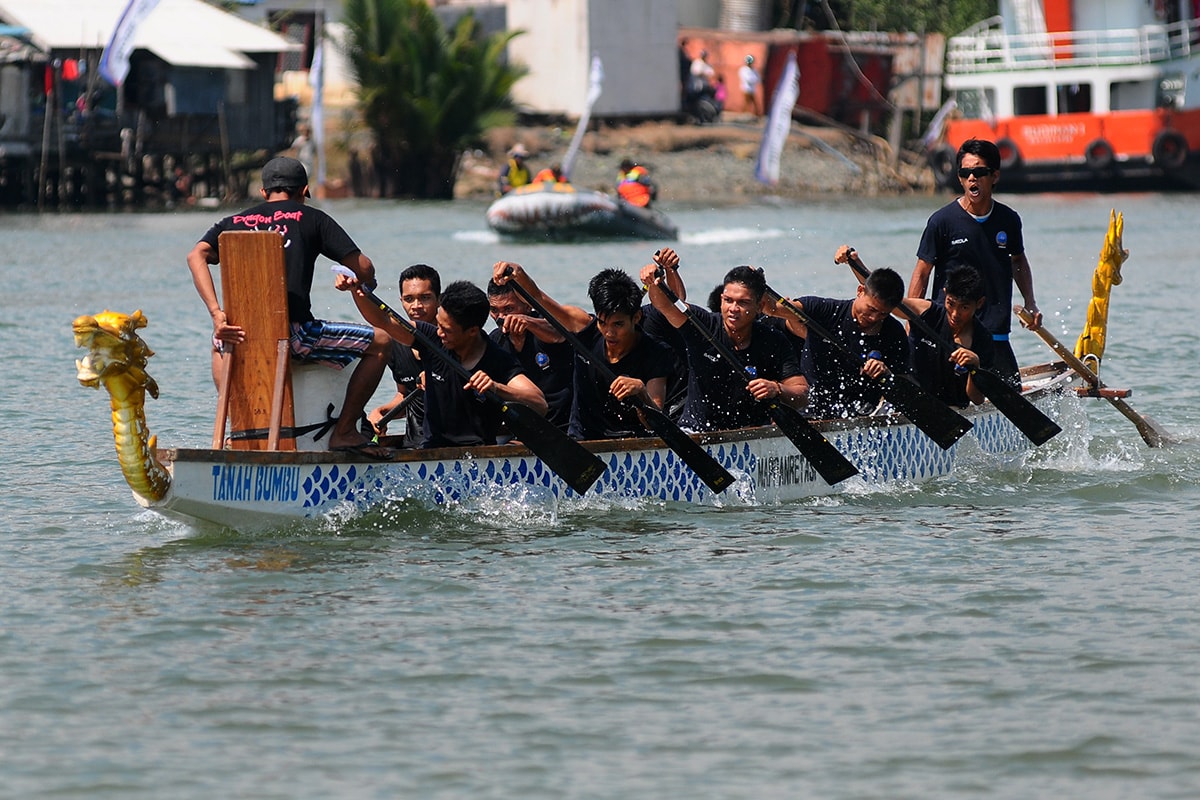 This rowing competition is not only used as entertainment when welcoming the anniversary of Independence Day, but also as a means to find potential rowing athletes in the future. Initially this event was only intended for local residents, but as it became more popular, the participants became more diverse, including from neighboring provinces as well.

When it comes to the celebration of Independence Day, the local community always knows the best way to make it festive while also promoting their culture. If you’re interested in visiting Indonesia during the Independence Day celebrations, we want to kindly remind you to comply with all the health protocols and be a responsible traveler. Keep practicing healthy habits such as wearing a mask in public places, washing hands frequently, and implementing social distancing. Learn about the latest international travel regulations and follow our social media accounts on Instagram, Facebook, Twitter, YouTube, and TikTok for updated information regarding travel and creative economy in Indonesia.

Indonesia also has a tradition of carrying exciting games in celebrating Independence Day. Find out about those games in this article! 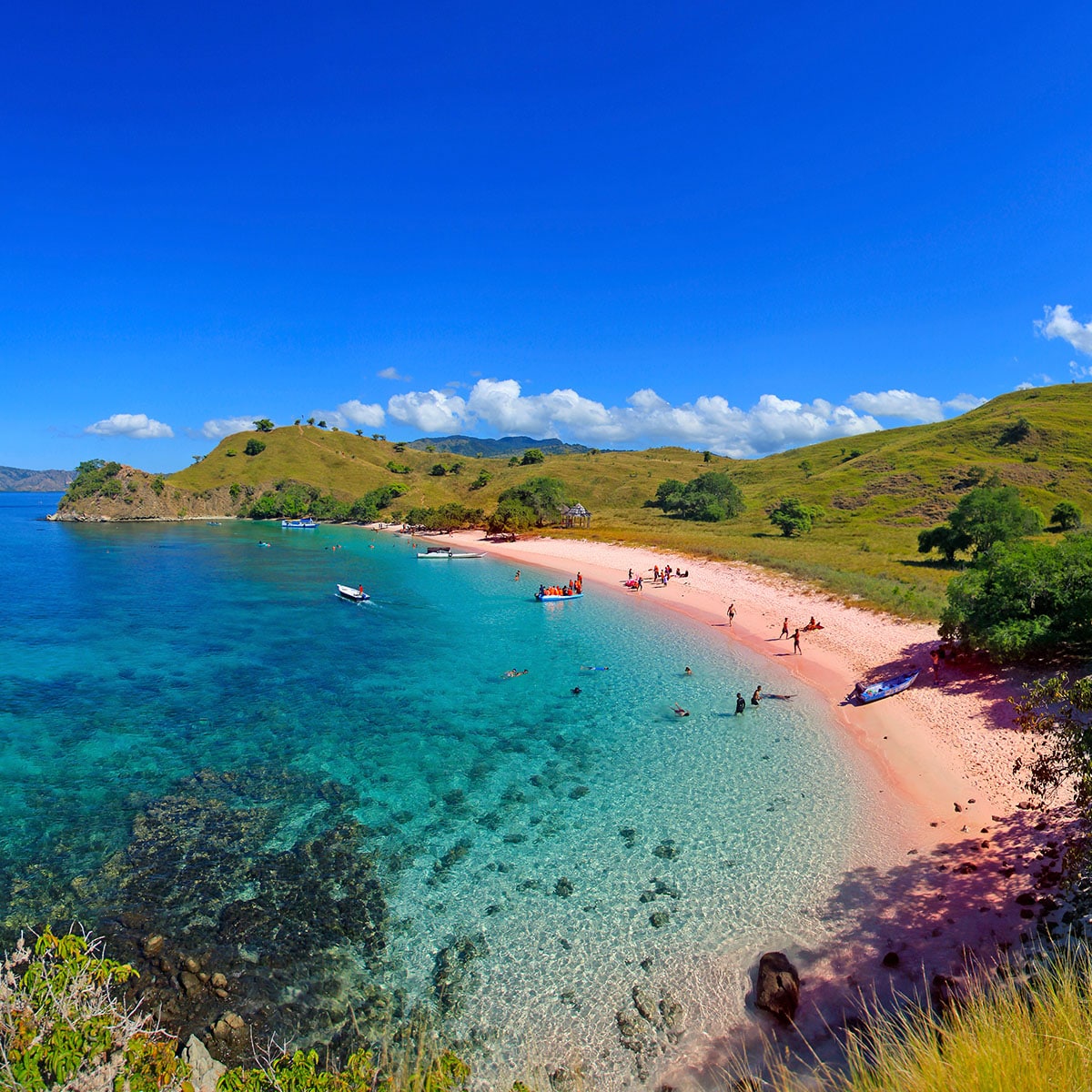 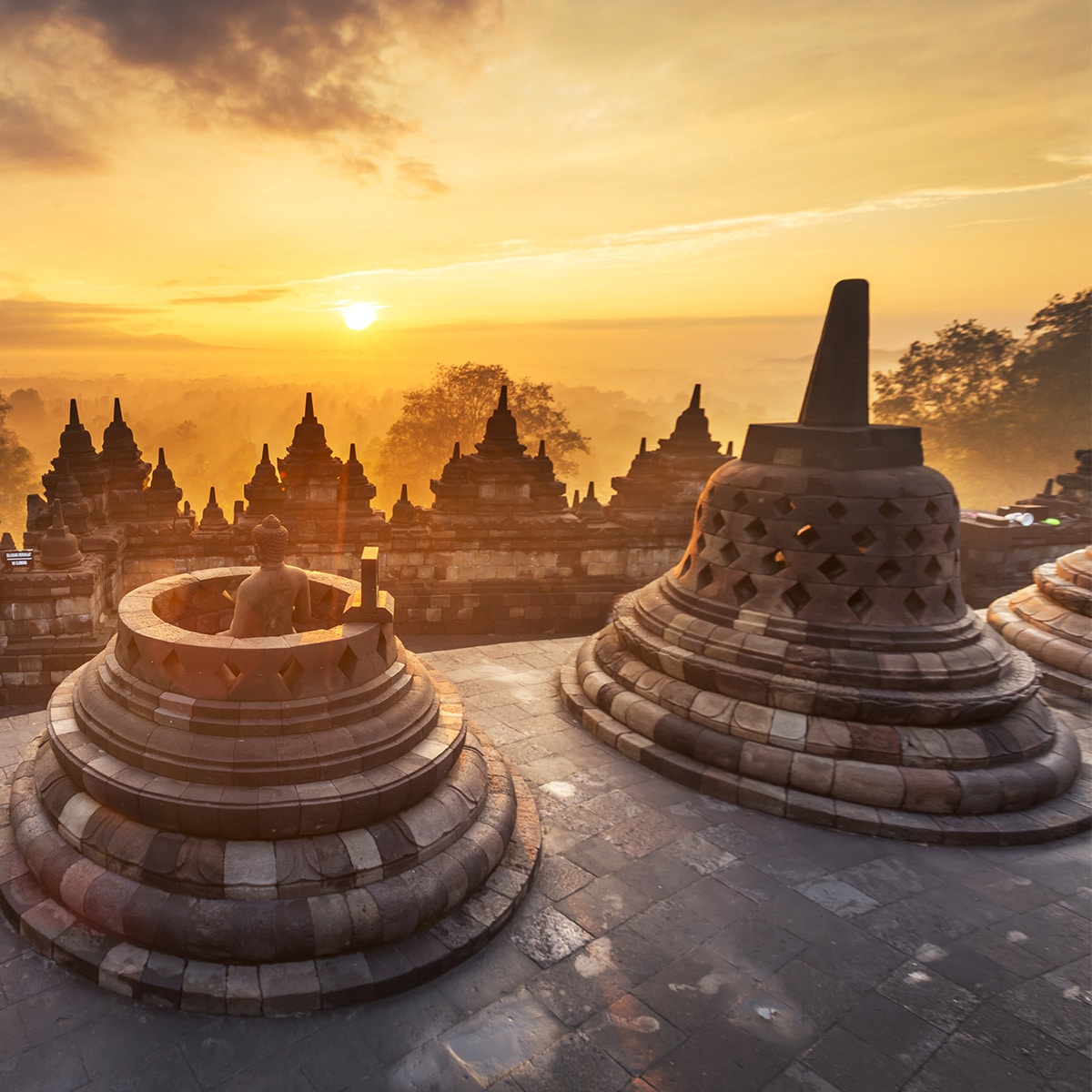 5 Fitcation Ideas in 5 Most Favorite Destinations in Indonesia 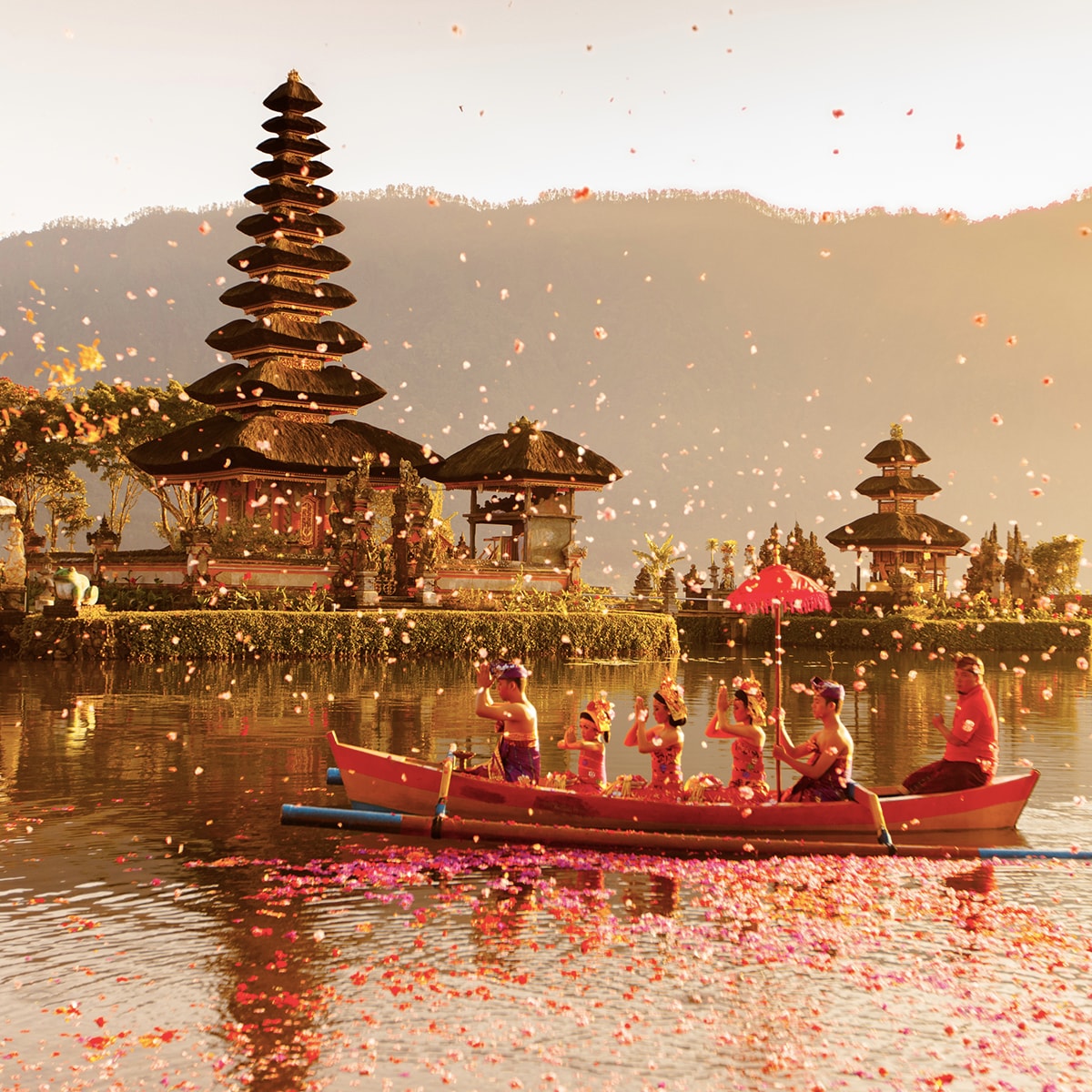