Home Trip Ideas Looking for A Historical Trip in Jakarta? These Spots Will Send You Back in Time!

There are many things you can do to enjoy your time in Jakarta besides having some fun strolling around savoring the city’s design and delicate street specialties. Enrich your knowledge by learning the history of independence, which began in one of the major cities of Indonesia.

The museums in Jakarta can be an option to spend your time in a knowledgeable and efficient way. Every museum in Jakarta has its own story, especially some museums that keep historical remnants on Indonesia's independence.

Named "Museum Kebangkitan Nasional" in Indonesia, this museum presents a lot of knowledge about many awakening movements in Indonesia. Located in Central Jakarta, this place was once a Javanese medical and health school by the name of STOVIA. National Awakening Museum consists of four rooms that present detailed information about movements in the fields of health education, publications and printing (press), the origin of the Budi Utomo youth organization, and also the women's movement. 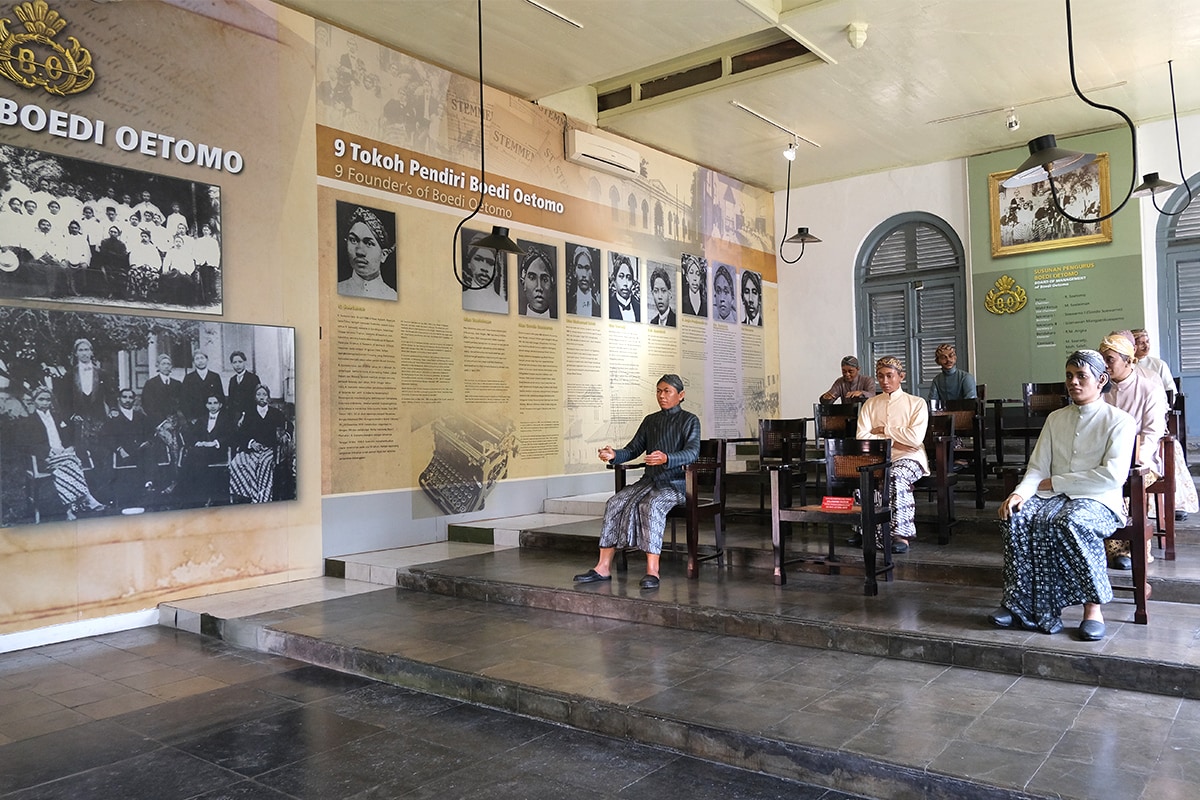 Among those rooms, the medical and health museum is the most dominant one. This is a place where Indonesian medical education was firstly developed by the Dutch government. An interesting thing that can be found in this museum is that there are still various original medical devices from 1902.

Also located in Central Jakarta, the Youth's Oath Museum or "Museum Sumpah Pemuda" in Indonesia was actually built in the 20th century. Tracing back to its origin, this building actually belonged to a Chinese descendant, Sie Kong Liong, who finally made this building into a male dormitory. Not only for students, but this building also functioned as a "boarding house" for young people who didn’t live in Jakarta. These young people were active in organizing many movements as the manifestation of their devotion to their country. Moreover, this building was also used by students to practice the art of "Langen Siswo" and to carry out political discussions. Starting from the birth of PPPI or the Indonesian Students Association in 1926, the enthusiasm of the youth continued to grow bigger and sparked the birth of many Indonesian youth organizations that led Indonesia to the independence movement.

The burning spirit of nationalism of the Indonesian youths at that time inspired various forms of struggle, including the Youth Pledge or Sumpah Pemuda, which is commemorated every October 28th in Indonesia. Anyone who visits this museum will find the original form of the national anthem “Indonesia Raya” written by Wage Rudolf Supratman and also the history of scout organization or “Pramuka”, which was an idea that came from ​​the spirit of youth in that era.

3. The Museum of Joang 45 Building

The Museum of Joang 45 Building was built around the 1920s. This building was originally a hotel owned by the L.C Shomper family, a Dutch national who had lived in Batavia for a long time. At that time, this hotel became one of the hotels that were good and famous in the Batavia region because it was located in the Menteng area. In the past, this building functioned as a stopover place where Menteng youth gathered and learned a lot about politics with Bung Karno and Bung Hatta. The Museum of Joang 45 Building is located at Jalan Menteng Raya 31, Central Jakarta.

4. Museum of the Formulation of Proclamation Text

The Museum of Formulation of Proclamation Text or was actually the home of Admiral Tadashi Maeda who, at that time, had a position that was quite influential during the Japanese administration. Admiral Tadashi Maeda had a brotherly relationship with several figures involved in the struggle for the rise and independence of the Republic of Indonesia. On August 16th, 1945, during the last days before the Indonesian independence, he invited Ir. Soekarno and Mohammad Hatta back from the exile in Rengasdengklok to formulate the text of the proclamation which was conducted until 3 o'clock in the morning. There are chairs, tables, and even a piano that was present at the time the proclaimers formulated the proclamation text. 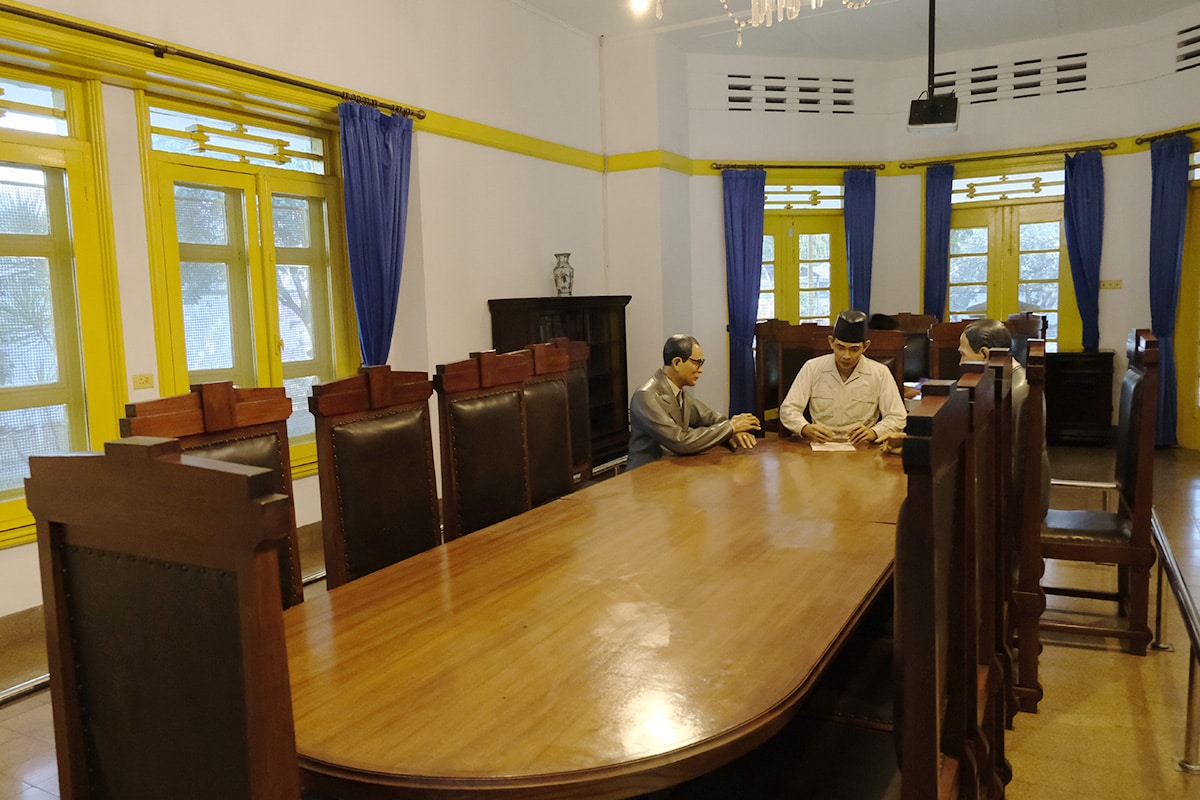 The Museum of the Formulation of the Proclamation Text or "Museum Perumusan Teks Proklamasi" in Indonesia is located on Jalan Imam Bonjol no.1 Menteng, Central Jakarta.

The Ministry of Education and Culture of the Republic of Indonesia fully supports the preservation of these historic buildings. The price of admission to these museums is also very affordable, with the range of no more than Rp 10,000. These museums are also located at a very close distance to each other. You can reach them using local Jakarta transportation, such as bajaj or Angkot.

The National Museum is located in Central Jakarta, near the National Monument which is. famously known as 'Monas' or ‘Monumen Nasional’.

The National Museum is a host to everything that is closely related to the history and culture of Indonesia before the formation of its modern government. In this museum, there are a lot of wide spaces that are often used for various purposes such as conferences, official meetings, or cultural arts performances. 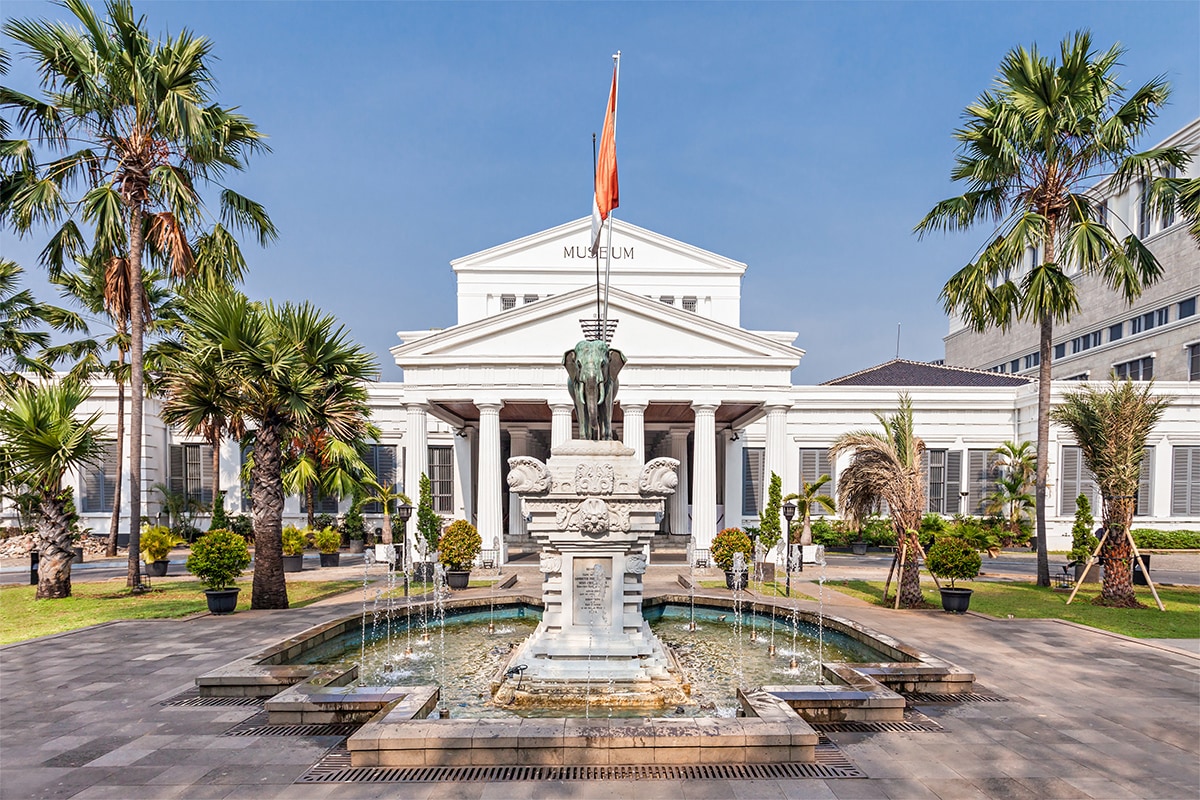 This museum is very well known among the people of Indonesia, especially residents of Jakarta. They call it "Gedung Gajah" or "Museum Gajah" because there is a bronze elephant statue in front of the museum. The statue was a gift from King Chulalongkorn (Rama V) from Thailand, who had visited the museum in 1871. Most of the time, the place is also known as "Gedung Arca" because there are many types of statues stored from various periods within the building.

The National Museum, to this day, holds 160,000 historical objects which consist of 7 types of collections of Prehistoric, Classical Archaeology or Hinduism - Buddhism; Numismatic and Heraldic; Ceramics; Ethnography, Geography, and History. The National Museum Complex was built on 26,500 square meters of land and currently has 2 buildings. Building A is used for showrooms and collection storage while Building B, also known as the Arca Building, was officially opened on June 20th, 2007.