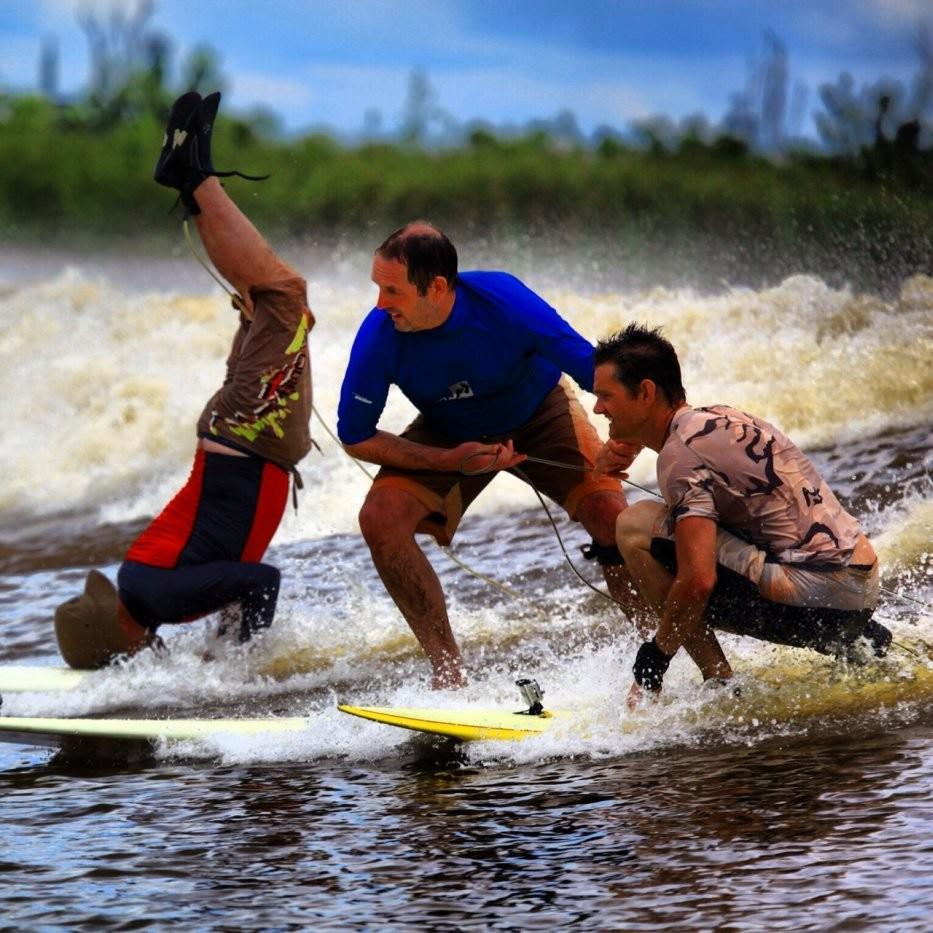 Get ready for some spectacular surfing actions! Not on a beach, but a river where the tidal waves appear to roll on forever. The thrilling Bekudo Bono Festival will again take place this year from 4th to 6th November 2016 at the Kampar River, Pelalawan Regency, Riau Province.

Only recently discovered by the international tidal river surfing community, the Bono Tidal Bore by the estuary of the Kampar River in the Riau Province is drawing surfing communities from around the world to this amazing Indonesian pororoca.

Kampar is a long river that rushes down from the Bukit Barisan mountain range which forms the spine of the island of Sumatra stretching down along its west coast. The river then meanders through the Riau province, to finally pour out into the Malacca Straits, on the east coast of Sumatra.  Along its long course the river divides itself into two large branches known as the Kampar Kanan (the right branch of Kampar) and Kampar Kiri (it’s left branch).  They then converge at Langgar in the district of Pelalawan at Kampar’s estuary. Here they are joined by many other rivers causing Kampar to funnel out into a wide river mouth. At each high tide, high waves from the sea flow in and meet the downstream current of the Kampar. Where the two opposing energies meet, - moreover, caused by the funnel shape of the river, -   Kampar’s phenomenal tidal bores emerge, rushing deep inland reaching to over 60 km. upriver.

These tidal bores are known locally as “Bono”, which rush in with loud roaring sound at a speed of 40 kilometers an hour.  The surf on the river can rise as high as 4 to 6 meters, at times creating barrels, the darling of surfers.

In February 2013, tidal bore surfer champion Steve King, who already holds two world records for long distance surf rides, broke his own Guinness World Record that he made on the Severn river in England, by riding an incredible 20.65 km (or 12.8 miles) in 1 hour, 4 minutes on the Bono bore of the Kampar river on 10-13 February 2013.

How To Get there ,  accommodation facilities and for more information, do click on our link: Surfing Kampar River’s Stunning Bono Tidal Bore