The long awaited 18th Asian Games 2018, scheduled to take place from August 18th to September 2nd, 2018 in Jakarta and Palembang will definitely turn the eyes of the world on Indonesia. The hype: "The Energy of Asia" has for some time now been felt across the Indonesian islands, and will surge on when the Asian Games torch will be relayed preceding the Grand Opening of the Games. Along the route the flame will be taken across some of the country's most breathtaking destinations cheered on by millions. 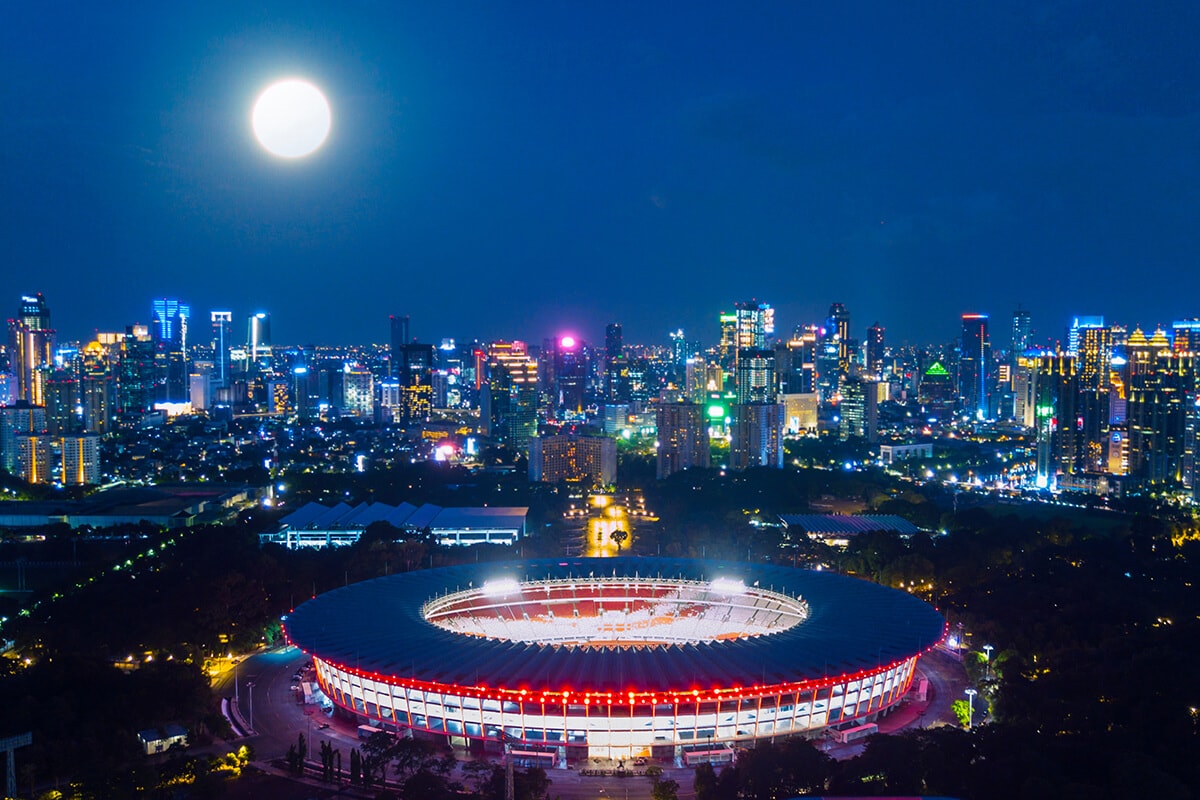 The Asian Games torch is scheduled to be lit on July 14th 2018 at the Major Dhyan Chand National Stadium in New Delhi, India, host of the first Asian Games. Here the flame will be ignited by the Olympic Council of Asia. Generated through a parabolic mirror directed straight at the sun, the Asian Games Flame will then be flown to Yogyakarta on July 17th as first call. At the same time, on July 18th, the Indonesian Asian Games 2018 Organizing Committee (INASGOC) will obtain a flame from the eternal flames at Mrapen in East Java. The two flames will then be fused to unite at the stunning Prambanan Temple in Yogyakarta, marking Indonesia's readiness to launch Asian Games 2018. 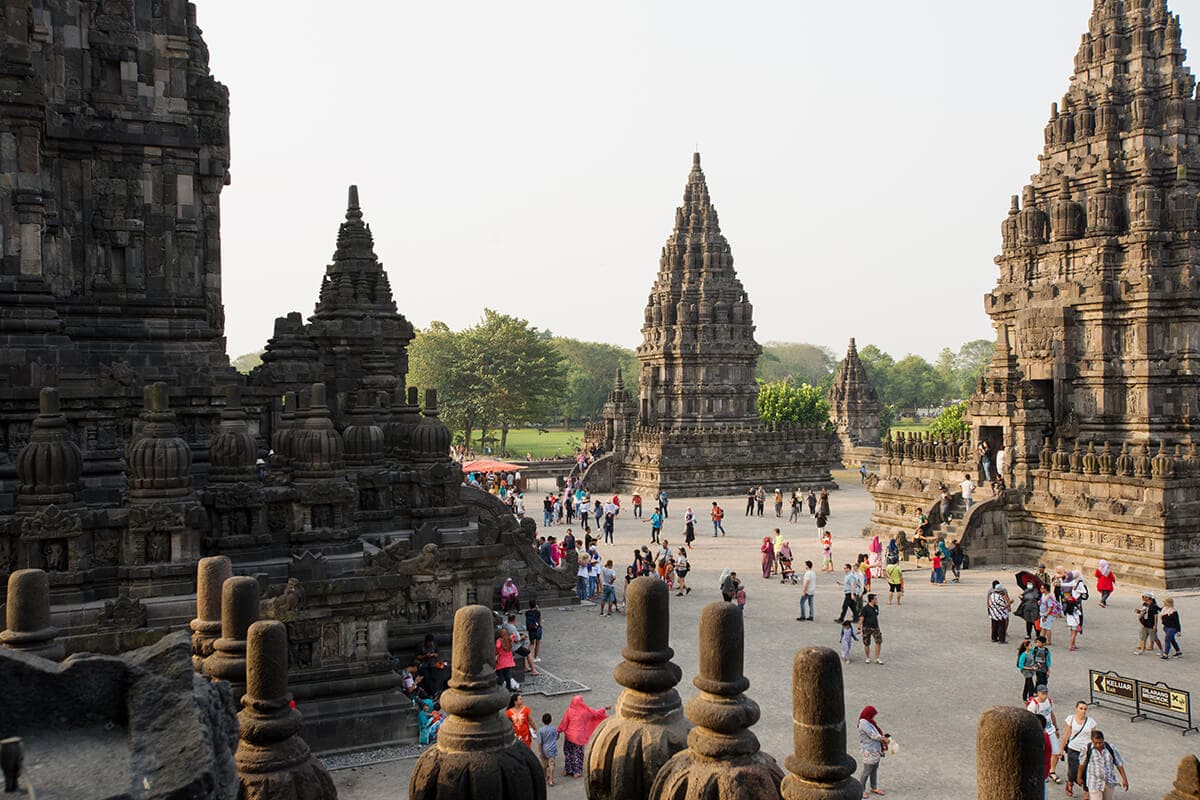 Kicking off the long relay across the Indonesia archipelago, the Asian Games Torch will first be taken to the Sriwedari Stadium in Solo, Central Java on July 19th at the historic sport monument where the Indonesia Sport Competitions Week (PON) was first held. The following day, the flame will be carried to the Tomb of Indonesia's first President, Soekarno in Blitar, East Java, before continuing its way to the town of Malang.

The Asian Games Torch will arrive at the breathtaking Mount Bromo early dawn on July 21st. There, a cavalry troop from the Police will be ready to escort Indonesian equestrian athletes and renowned celebrity, Nabila Syakieb to carry the torch right up to the crater rim of Mount Bromo. On July 21st-23rd, the torch will reach Banyuwangi Regency, here to be taken to the sulfuric Ijen Crater and then on to Boom Beach before crossing the Strait of Bali. 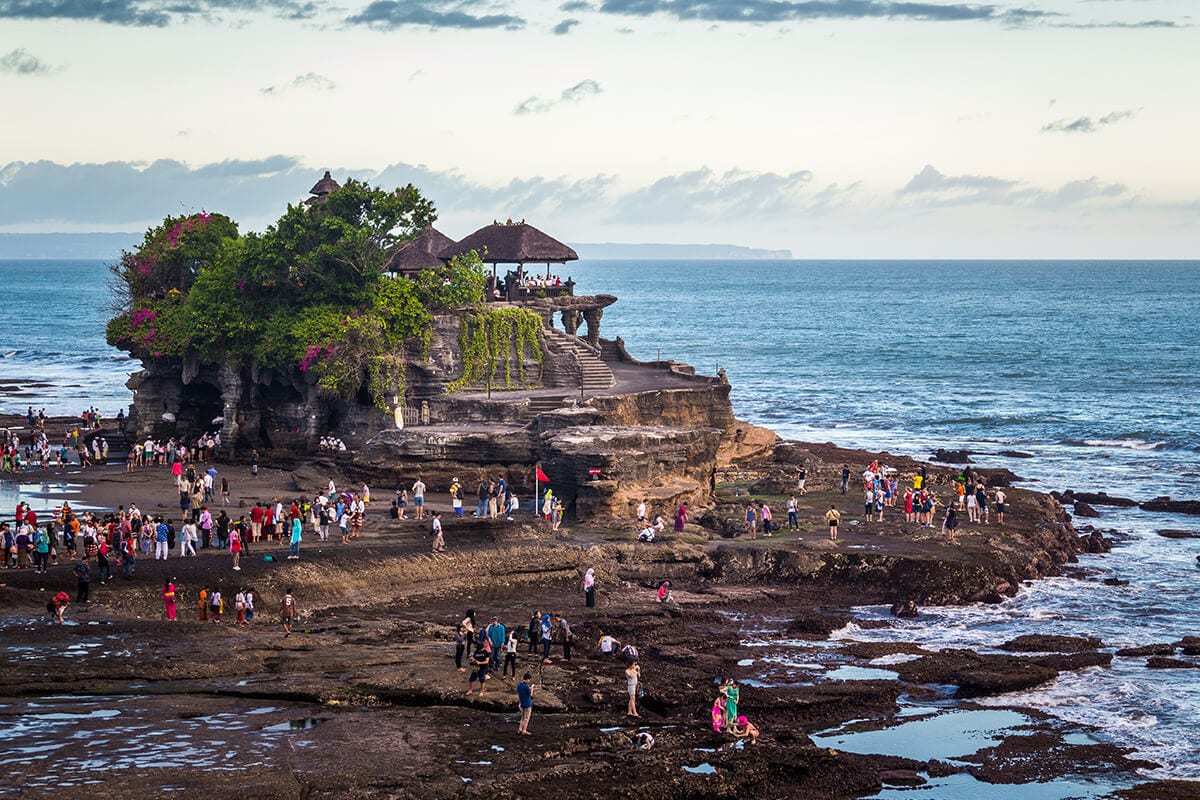 Arriving at the beautiful resort island of Bali on July 23rd -24th, the Asian Games Flame will continue its run to Gilimanuk, Kuta, and Bali's iconinc Tanah Lot. At the temple of Tanah Lot, The Torch will be photographed against the silhouette of this iconic temple on the rock, lit by the spectacular sunset. The torch will continue to make a quick stop at Mataram on Lombok on July 24th, before being flown east all the way to the charismatic Raja Ampat dive destination in Papua, on Indonesia's easternmost island.

's traditional war boats but it will also be taken to dive into the spectacular deep of this teeming underwater paradise at Pianemo. The torch will then continue its relay and paraded through the city of Sorong before flown to Makassar, capital of South Sulawesi province. Here, the torch will be carried overland to the beautiful Tanjung Bira Beach, where it will board the locally built majestic Phinisi Schooner back to Losari Beach in the heart of Makassar. 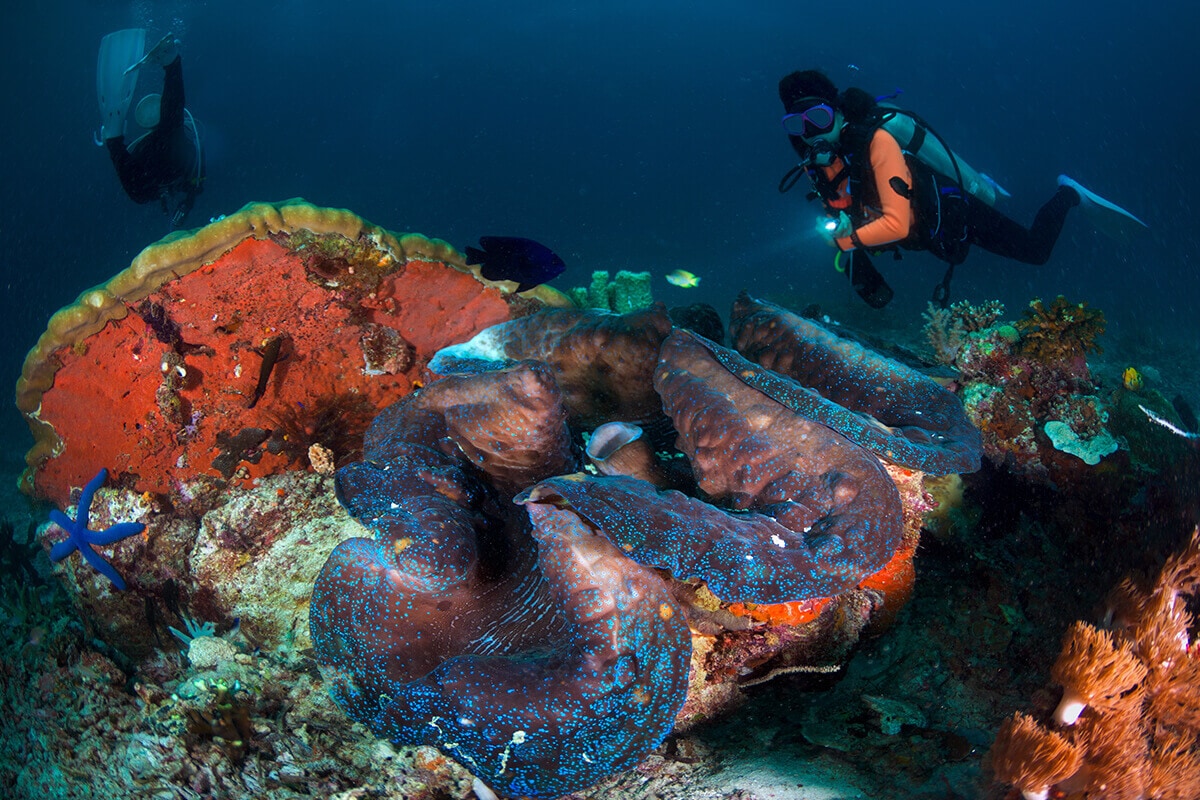 From Makassar, it continues its way to Banjarmasin in South Kalimantan on July 30th-31st. Here, the torch will be paraded on a boat along the wide Barito River and its popular traditional floating market.

From South Kalimantan, the torch continues its relay west to Aceh on the most northern part of Sumatra and the western-most part of Indonesia, where the flame will be paraded through Banda Aceh before again being flown to Silangit Airport at spectacular Lake Toba in North Sumatra. Arriving at Lake Toba, the torch will be paraded and escorted by bicycles to Bul-bul Beach. The flame will then be flown to Pekanbaru in Riau, and continue overland to Bukittinggi in West Sumatra and then on to Jambi on August 1st-3rd. The torch will reach Palembang in South Sumatra, co-host and joint venue of Asian Games 2018. Here it will be dramatically carried down by parachute to land right at the center of the Jakabaring Stadium. From the venue, the torch will again be carried along the Musi River to Kamaro Island in the river delta, passing Palembang's iconic Ampera Bridge. In this province some 4 to 5 cities and regencies will then further be passed by torch bearers. From Palembang, the flame will move further south to Bandar Lampung, in Lampung Province, and cross the Sunda Strait to Banten Province on Java. At Serang, the capital of Banten, the torch will be paraded around the city before taken to Purwakarta, in the West Java Province, to take part in the Citarum Festival before being received at Gedung Sate, the Landmark of Bandung, capital of West Java. On August 12th-13th, the torch will head to Garut and on to Cianjur, and rested at the Presidential Palace of Cipanas in Cianjur. The following day, the torch will be taken to the sky by a troop of paragliders over swathes of beautiful undulating tea plantations at Puncak. 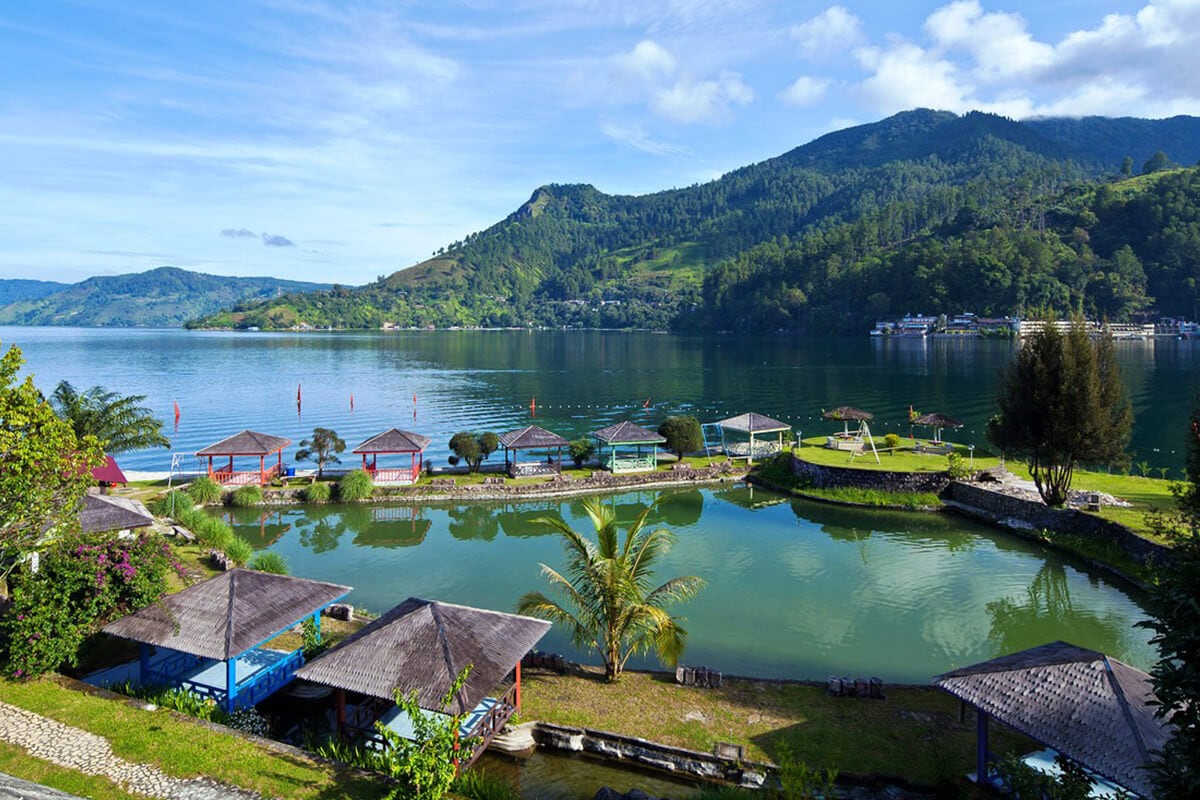 The flame will eventually reach Jakarta, capital city of Indonesia and host of Asian Games 2018 on August 15th-16th. On August 17th, on Indonesia's Independence Day celebrations, the Torch will take part in the Independence Day Official Flag Raising Ceremony in the morning at the beautiful Thousand Islands, just off the coast of Jakarta. In the afternoon, the torch will reach the National Palace (Istana Negara) at time of the Flag Lowering Ceremony and will then be officially presented to and received by the President of Indonesia, Joko Widodo handed by the Chairperson of INASGOC. On Asian Games Opening Day, August 18th, the torch that was previously placed at the City Hall of Jakarta will be carried by a bearer to be selected, accompanied by 2018 escorting runners right up to the Main Stadium of the Bung Karno Sport Complex. Finally, two torch ambassadors will ignite the flame, marking the Official Opening of Asian Games 2018.

Do take note of all these important dates and join the huge crowds who welcome and cheer on the flame along the way.