Enjoy These 5 Indonesian Traditional Snacks While Stay at Home

While self-quarantining at home, most of us have turned to cooking. In order to minimize the risk of exposure to COVID-19, we need to rely on our own skills to make delicious and heartwarming food at home. By now, you must have mastered many recipes to cook your own meals. How about some light bites to indulge in during these difficult times? We have 5 traditional Indonesian snack recommendations that are easy to cook at home and can make your palate happy. We hope these snacks will inspire you to visit Indonesia and experience the splendid Indonesian cuisine when it becomes safer to travel. But for now, make these recipes at home and #TravelTomorrow.

If you are already familiar with mochi cake, and love its chewy and smooth texture, then you must try klepon, a small round cake filled with palm sugar and coated with grated coconut. It’s unclear where klepon originated from, but it has existed in many different regions of Indonesia and Malaysia for a long time. However, this snack is typically associated with the Javanese culture, because in Sumatra and Malaysia this glutinous snack is known as onde-onde. It should be noted that in many other regions of Indonesia, onde-onde refers to a Chinese chewy ball known as jin deui. Nevertheless, klepon would satisfy you with its rich sweetness that explodes in your mouth when you chew it.

Mix green food coloring and glutinous rice flour in a large bowl and blend well until it starts to come together. Knead the dough lightly until smooth. Roll the dough into ball, cover it, and set aside. Cook the grated coconut by steaming it over a pot of boiling water for 20 minutes. Once done, sprinkle a pinch of salt and mix well.

Now, make round balls (4cm in diameter) out of the dough and make an indentation in each ball to place the palm sugar within. Once the palm sugar’s been stuffed in, roll back into a ball shape and ensure that no part of the palm sugar is exposed or it will seep out during cooking. Bring water to a boil in a large pan. Put the glutinous balls in the water, one ball at a time. Make sure to keep stirring to keep the balls from sticking to the bottom of the pan. It will take approximately 3-4 minutes until the klepon is cooked and floats on the surface. Remove them from the water with a slotted spoon and roll each ball in grated coconut. Klepon is ready to be served.

Literally meaning “pinch cake,” kue cubit looks similar to a pancake, but is smaller in size (around 4-cm in diameter) and has a sweeter dough. It is called kue cubit, because in order to eat it, you need to pinch it. It is very easy to find kue cubit in Indonesia as it is sold by food hawkers on almost every street in big cities. 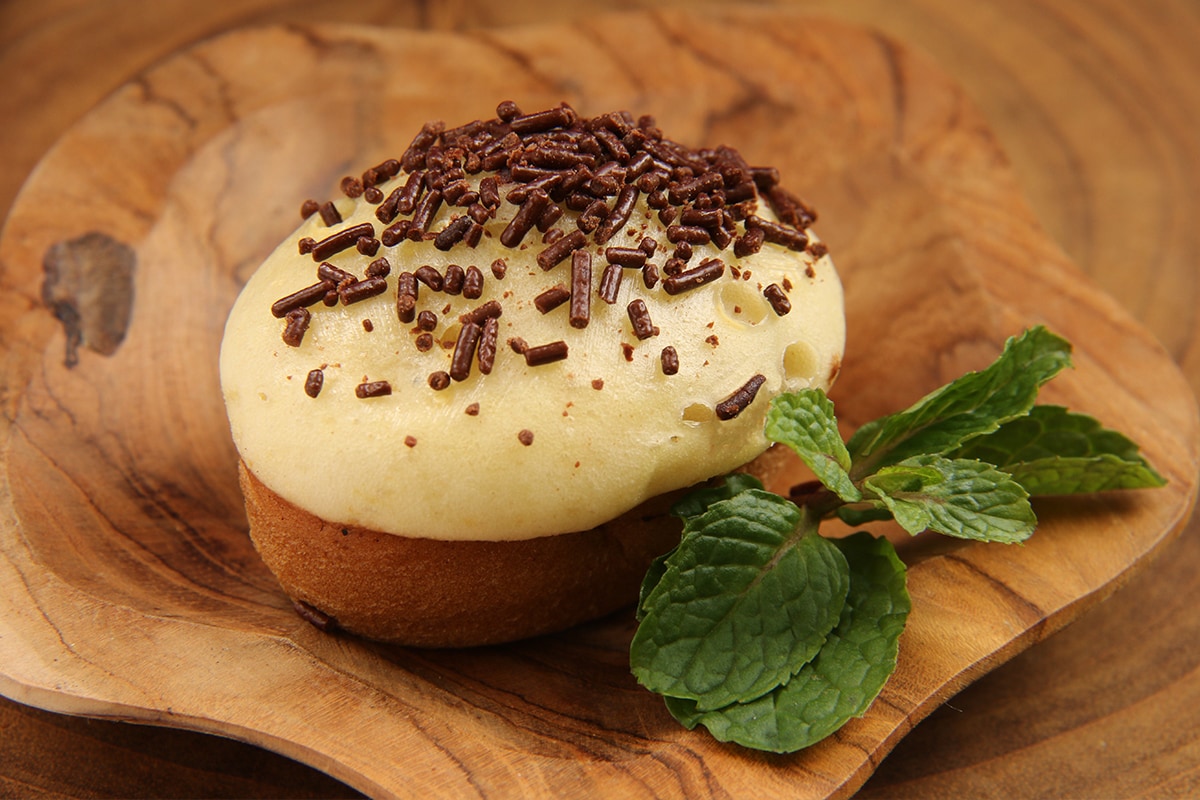 Like klepon, the origin of this snack is unknown, but some say it was actually an Indonesian adaptation of Dutch poffertjes. There is a variant of kue cubit called kue "laba-laba” or spider cake in English. The name refers to its spider-web-like shape created by pouring the liquid dough into a steel plate. The sweet and savory flavor combination of kue cubit will make it one of your favorite snacks. Plus, it is also easy to make!

Mix and beat the sugar and eggs in a large bowl. Gradually, mix in the flour, baking powder, baking soda, and salt. Add the vanilla extract, milk, and butter, and form a smooth batter. Cover it and set aside for 1 hour.

Place a small cake mold over medium heat. Grease the surfaces when it’s heated and lower the heat. Transfer the batter to a pastry bag. Pipe the batter into the greased surface of the mold halfway full. Cover the pan and cook for about a minute. Top the cakes with desired toppings, halfway through cooking. Cover the pan again and cook until desired doneness is reached (2-3 minutes for half-done or up to 4 minutes for completely cooked through).

Remove the cake with a fork or a small spoon. Repeat the same with remaining batter, grease as needed, and serve warm.

Being one of Indonesia’s favorite street snacks, kue lumpur has been around as the snack that’s served in various community gatherings on all occasions, whether religious, formal, or casual. Literally translated as mud cake, kue lumpur is a soft cake made from flour, potatoes, and eggs, and is usually topped with raisins. It is said that kue lumpur’s recipe comes from the Portuguese who brought it to Indonesia during the colonial regime. The original name is pasteis de nata that’s made of custard, milk, and cheese. It is unclear where the first kue lumpur was made in Indonesia, but now it has spread around the archipelago.

Add the potato flakes into the preheated water and stir evenly until it thickens. Then, add the margarine and eggs. Combine coconut milk, flour, sugar, and salt, and add to the mixture. Stir well. Pour the mixture into a cake mold and cook until the bottom of the cake looks golden brown. Serve warm.

Different from the Sumatran and Malaysian versions of onde-onde (which is actually klepon, more or less), the traditional onde-onde, also known as jian dui in Chinese, is an Indonesian snack made with glutinous rice flour, filled with crushed mung beans and coated with sesame seeds. This snack, which is sold by many street hawkers around the archipelago, is an adaptation of the Chinese jian dui recipe. The savory taste of the outer coat and the delicious filling of crushed mung beans will satisfy your palate. It is also easy to make since you can find all the ingredients at your nearest store. 250 gr of peeled mung beans, soaked for an hour

Filling: Drain water from the mung beans that have been soaked for 1 hour or more. Steam until soft. Crush the mung beans and put them into a pot along with the rest of the ingredients. Cook and stir frequently until dry. Set aside.

Dough: Put all the ingredients into a big bowl and mix until it soft. Take a piece of dough, flatten it, and place the filling inside. Roll using hands until perfectly round. After all the dough has been used, dip the balls into the water. Remove the balls from the water and coat them with sesame seeds.

Serving: Deep fry all the balls on medium heat until they turn golden brown. Onde-onde is ready to be served.

If you’re a fan of bananas, then you’ll love this one. Pisang molen is a light bite of fried bananas covered with dough sheets and is a variation of traditional Indonesian ‘pisang goreng’ (or fried bananas) snack. Originating from Bandung, it is actually called pisang molen, because it is shaped like a molen truck that’s used to mix massive volumes of cement. Being one of the easiest traditional snacks to make, pisang molen is now sold at many fried-snack stalls (popularly known as ‘gorengan’ stalls) in Indonesia. You can try to make it at home. A big banana, cut into 3 pieces

Mix the flour, sugar, and margarine. Stir well while gradually adding water and knead until smooth. Cut the dough into pieces and roll them by using a rolling pin. Put each piece of banana into the rolled dough and cover the banana with the dough as the wrappers. Deep fry them in a preheated pan until the color turns golden brown. Serve warm.

Now, you have got the recipes of easy-to-make snacks to enjoy while you’re working from home, watching a film on your laptop, just chilling on the sofa or playing with your children. Put Indonesia on your future destination wish list and don’t miss all these traditional snacks authentically made by Indonesians. But remember to #StayatHome today, so you can #TravelTomorrow. 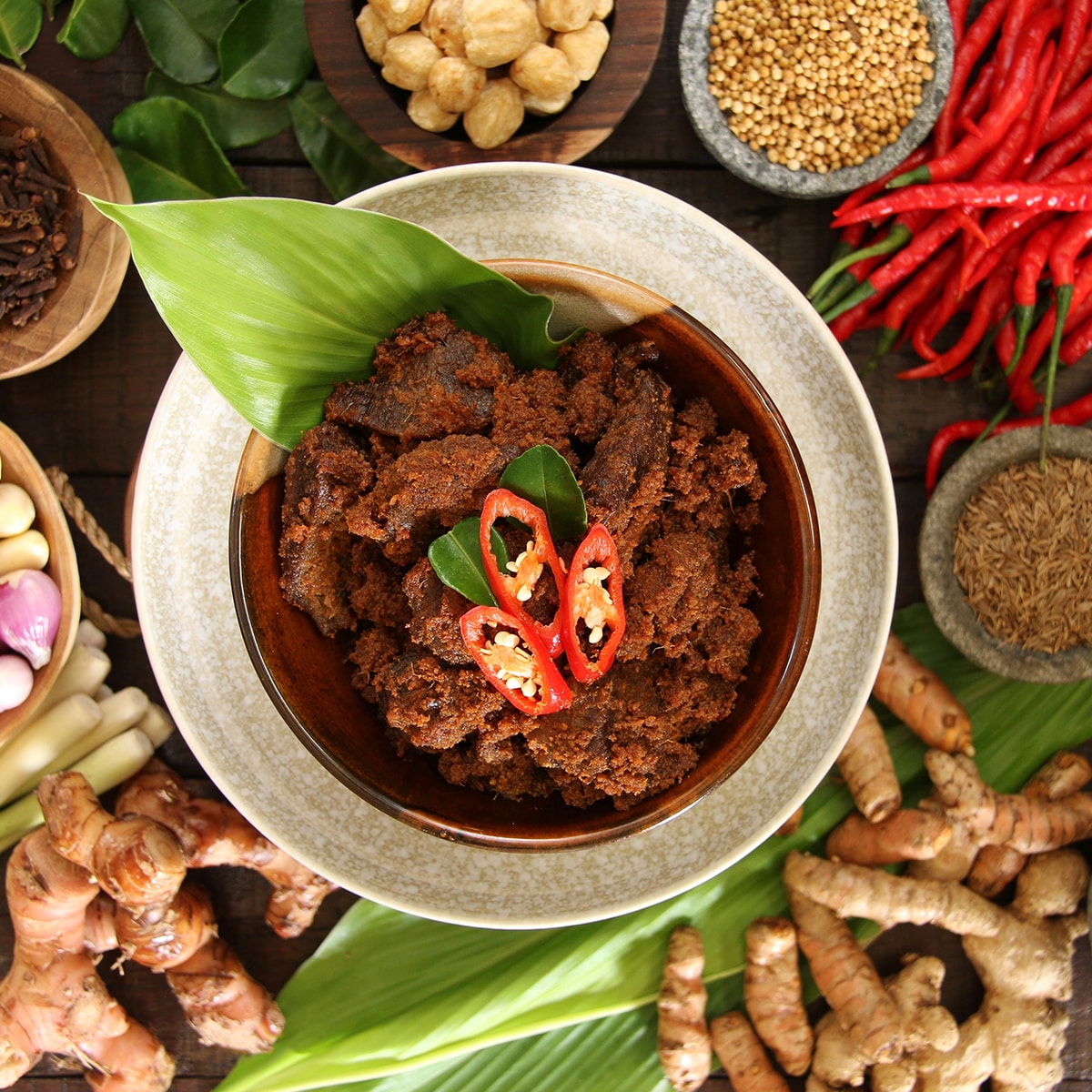 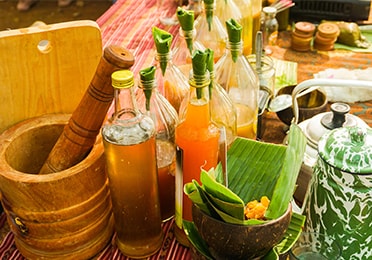