Lake Toba is the world's largest volcanic lake and also one of the most sought out tourist attractions in Medan-North Sumatera, Indonesia. The panoramic view of Lake Toba is so captivating and the experience is even better while tasting some of the unique local dishes.

Arsik is a fish dish that brings all the elements of the palate: sweet, spicy, acidic and also a bit savory. The main star of the dish is goldfish (Ikan Mas) marinated with lime juice and ground spices such as shallots, garlic, ginger, fresh turmeric root, and chili. The fish is then smothered with herbs like basil, lemongrass and saucer leaf leaves and steamed over low heat. 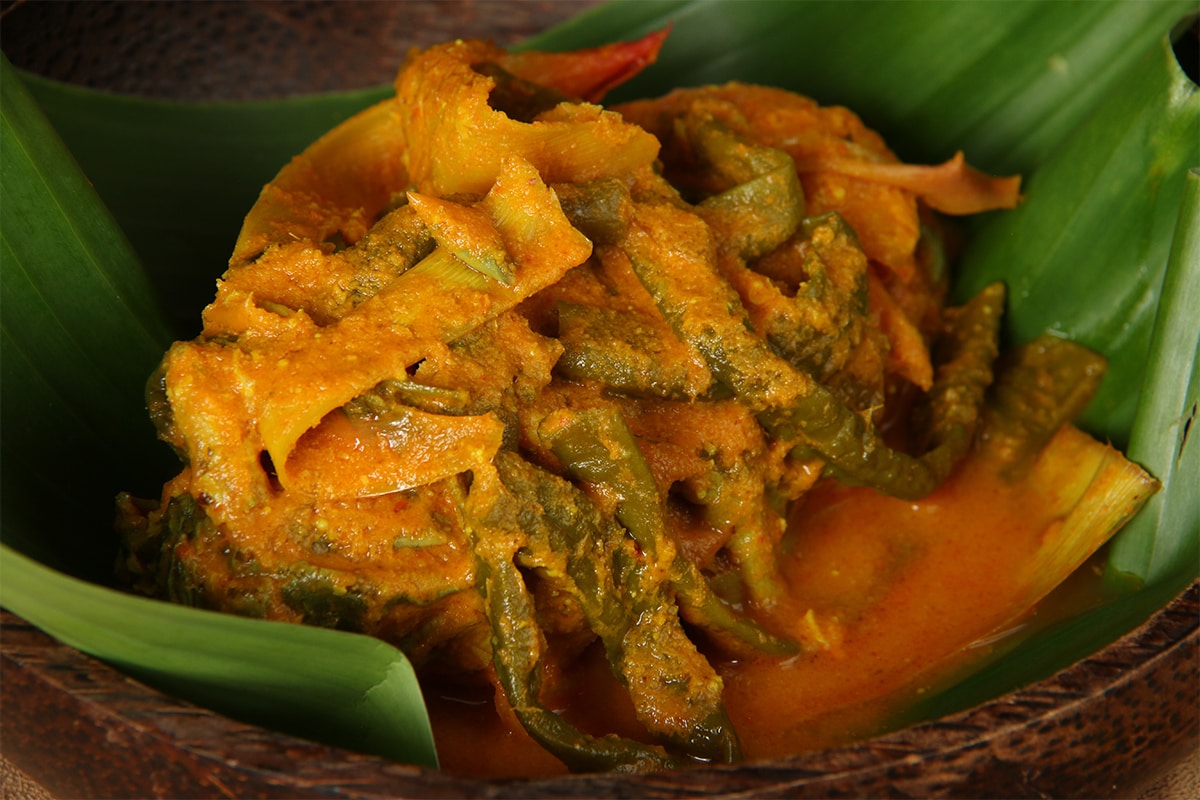 The signature Batak element of the dish is the use of ginger fruit (asam cikala) and Andaliman (Indonesian Szechuan Pepper) known to grow only in the Batak highlands of North Tapanuli and Samosir. It is quite a common dish and could be found around Lake Toba.

Bagot Ni Horbo is buffalo milk originated from Tapanuli, North Sumatra. The buffalo milk is then processed into white cheese, better known as Dali Ni Horbo. The white cheese is usually part of the main course at annual festivals for the Batak natives in North Sumatra. To get rid of the strong odor, locals use pineapple and papaya leaf juice. You can find Dali Ni Horbo in traditional markets around Lake Toba.

Gomak Noodle is like a North Sumatra’s version of Italian Spaghetti often dubbed as the “Batak Spaghetti”. This dish can be easily found in food stalls along the road in Toba Samosir and also in the capital of North Sumatra, Medan.

The raw noodle material consists of dried straight yellow noodles much like spaghetti shaped pasta. The long pasta is boiled then garnished with sautéed veggies such as chayote, spinach, and cabbage. The noodle is served with broth enriched with ground spices and then ginger and coconut milk are added. It is then topped with a boiled egg. Andaliman Pepper is often added to add up the spice.

This is North Sumatra’s version of Sashimi where the fish is served raw. Na niura in the Batak language means that "the fish is not cooked". The star of the dish is a goldfish marinated with Andaliman pepper, turmeric, candlenut, ginger, and chili for around five hours then served raw. It is said that in the old days, the dish was only served for the royal family but nowadays it a common dish that can be found around Lake Toba.

Another local fish dish around Lake Toba is called Na Tinombur. This dish has many similarities to Arsik and Na Niura, the difference is in the cooking process. Saksang is a spicy savory dish made from minced pork and sometimes buffalo meat. The diced meat is stewed in its blood, mixed with coconut milk and spices including lemongrass, kaffir lime and bay leaves, chili pepper, ginger, turmeric, and galangal. After its tender, Andaliman pepper and lime juice are added. Saksang has special significance to the Bataks tradition. It is one of the obligatory dishes in Batak marriage celebrations. Saksang could be found in Lapo, a Batak traditional bar and restaurant.

Sambal Tuk Tuk is a traditional hot and spicy condiment commonly served in Batak cuisine. Sambal Tuk Tuk is processed by mixing spices into a bowl made from stone then pounding them until they form a nice smooth texture. The spices include red or green chilies, shallots, garlic, candlenut, aso-aso fish (a type of dried and preserved mackerel) or sometimes replaced with fresh anchovies, Andaliman Peppers and salt. After all the spices are mixed well, the lime juice is added to make the taste more refreshing.

Some consider Sambal Tuk Tuk as “comfort food” for the North Sumatran people that’s why it is commonly found in many places in North Sumatra including the Lake Toba area.

There you have it, the unique dishes from North Sumatra you could try on your next holiday visit to Lake Toba. Bon Appetit! 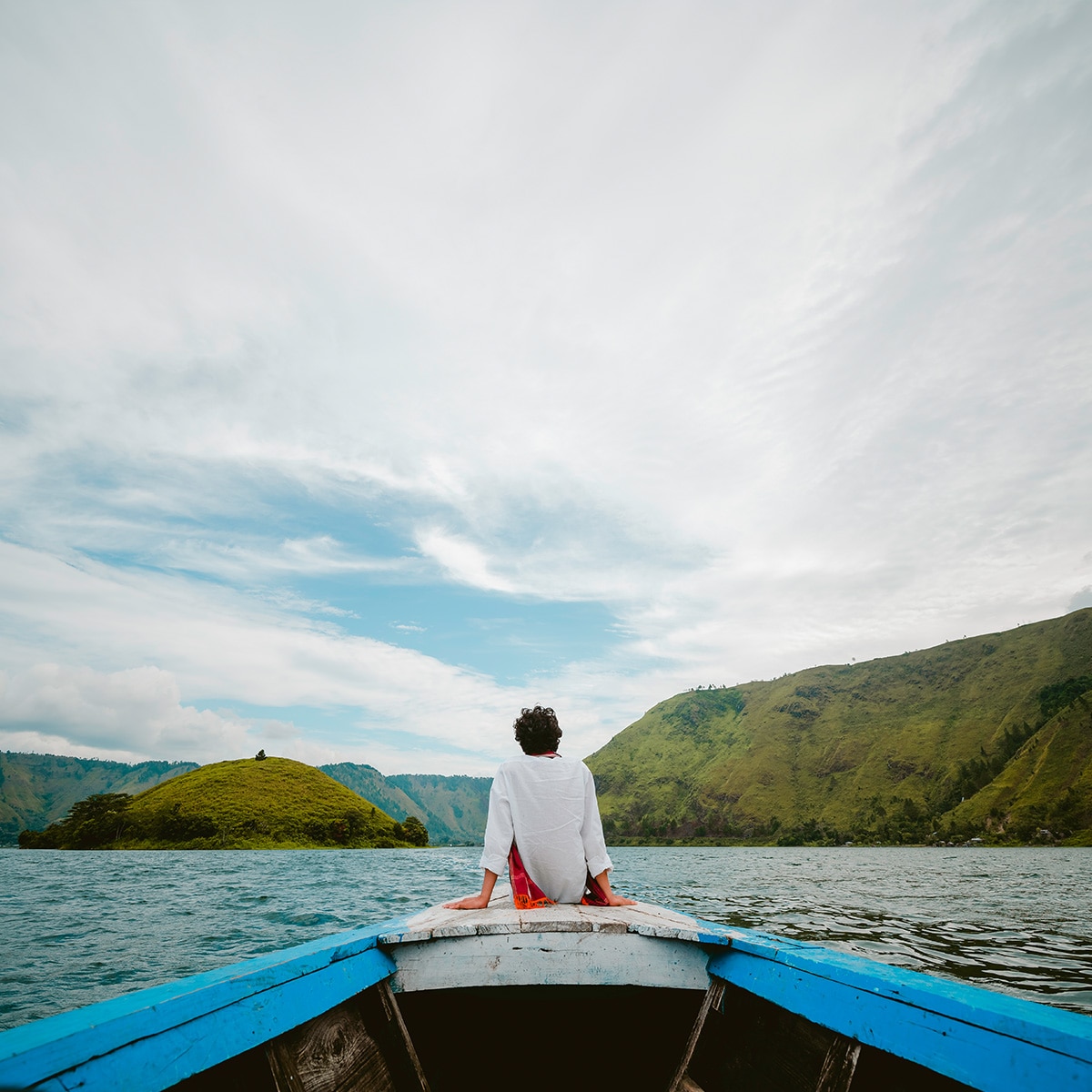 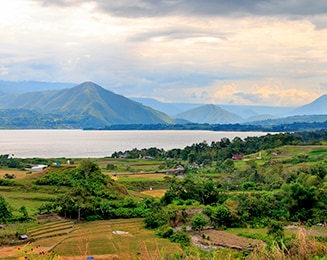