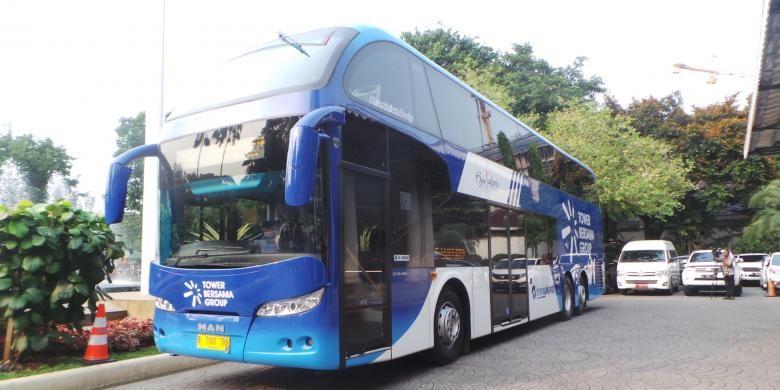 On Friday. 20 May, Jakarta Governor, Basuki Tjahaja Purnama, better known as Ahok, inaugurated two new routes for the Free Double Decker Tourist Buses. These include the History of Jakarta route and the Shopping, Art and Culinary route.

The Jakarta Government has received the tourist buses from a number of companies in their CSR (Corporate Social Responsibility) Programs, among whom are PT Tower Bersama Infrastructure Tbk.,  PT Coca Cola Indonesia, PT Sumber Alfaria Trijaya Tbk (Alfamart).  Jakarta now has 21 dedicated Tourist Buses, while Governor Ahok expects that the metropolitan city will have 40 units by the end of the year.

The History of Jakarta buses pass historic places and museums including the National Museum, the National Monument , Old  Batavia, Glodok Chinatown and the Istiqlal Mosque.   These operate from 09.00 hrs to 17.00 pm daily during the week, while Sundays they ply from 12.00 hrs. to 20.00 hrs.  Whereas,  the new route called the Art and Culinary route operates on weekends only.

Passengers can board and exit the bus at any point on the circle route.

CEO of PT Tower Bersama, Herman Satya Budi said that capacity of the bus is for 60 passengers, with 11 passengers on the lower deck and 49 on the upper deck.

The buses are equipped with GPS and audio information on locations passed.