Today, many Catholics in and around Medan come to pray in the church that has temple-like Indo-Mogul style features. Devoted to Our Lady of Good Health, also known as Our Lady of Vailankanni, or the Graha Maria Annai Velangkanni church, the building was completed in 2005. It has two storeys and a small seven-storeys tower. Father James Barathaputra, the person behind the concept to build this one-of-a-kind Catholic Church, wanted Graha Maria Annai Velangkanni Church to become a sanctuary for those who seek peace, solace, healing and divinity. 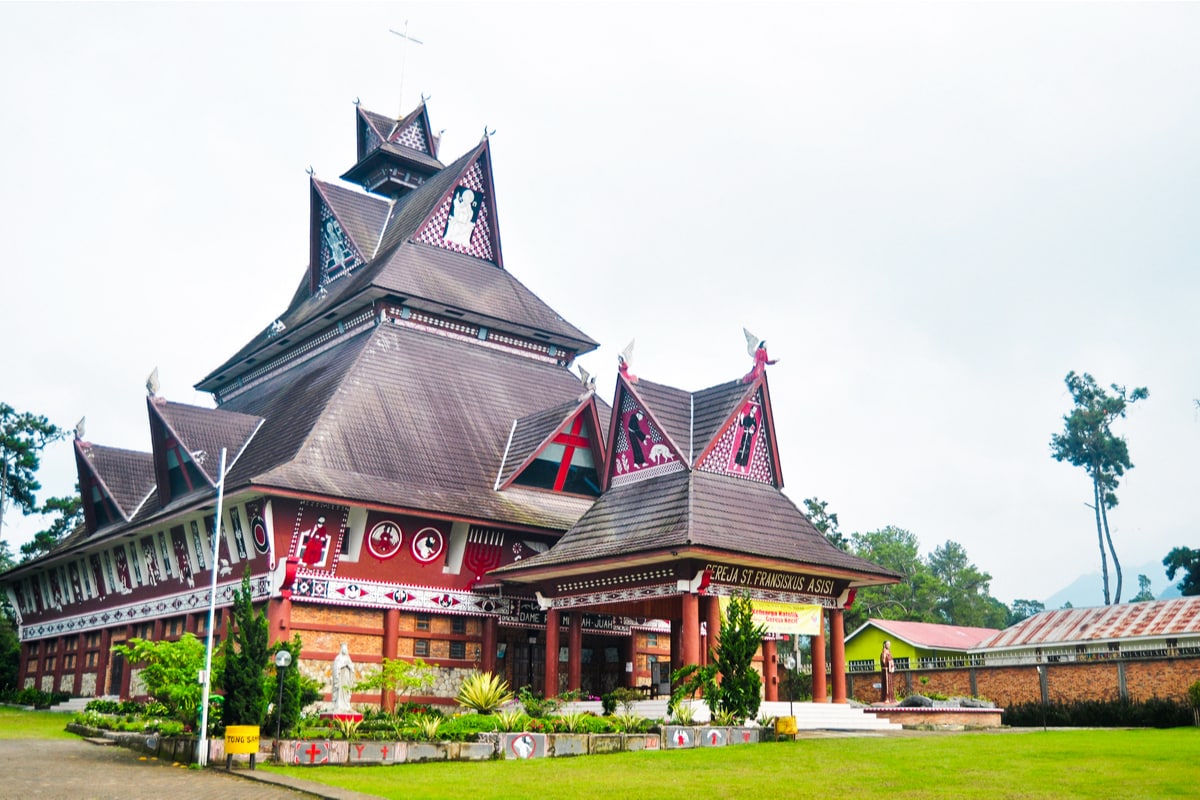