On this occasion, Minister Arief Yahya expressed his sincere appreciation to The Amazing Race Asia Season 5: “We deeply appreciate to have been chosen as one of the destinations to be featured in The Amazing Race Asia Season 5. This is a golden opportunity for Indonesia to showcase our diverse national cultural and natural heritage along with its enchanting uniqueness, which today has become wellknown through our brand positioning of “Wonderful Indonesia” said  Minister Arief Yahya.

In this context the Indonesian Tourism Ministry has proposed the locations to include Jakarta, Bandung, Yogyakarta, Banyuwangi and Bali. 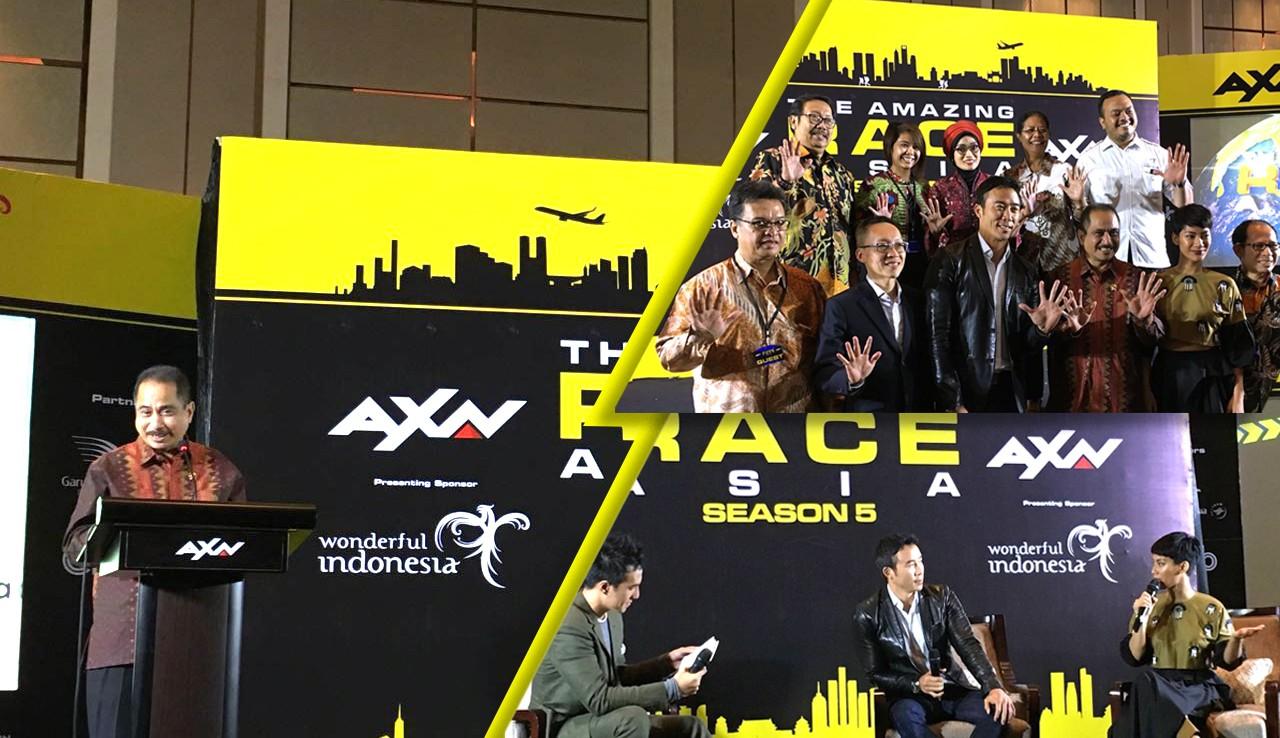 AXN further revealed  that  11 teams who will participate in The Amazing Race Asia this season will compete for the grand prize of $100,000 USD. An Indonesian team will also take part in the challenge. Presenting Indonesia in this popular series will be the dynamic duo best friends Louisa and Treasuri; and travel hosts duo Rachel and Vicky, with host Chinese-American actor and celebrity host, Allan Wu.

As part of  the sponsorship, AXN has created a Wonderful Indonesia series with Indonesian movie star Tara Basro as co-host to join Allan Wu. This marks the first time that a co-host has been cast in the series. “I’m excited to join Allan and the racers in the Amazing Race Asia.” said Tara.

At this flag off, The Amazing Race Asia Season 5 is ON!