This year, the town of Sumenep located on the east coast of Madura Island, right across Surabaya, the capital city of East Java Province, - is host to the annual Festival of the Archipelago’s Royal Palaces and ASEAN Traditional Communities 2018, to be staged from 27th to 31st October 2018.

Fifty royal houses across the Indonesian islands and 100 observers from other 150 royal houses are expected to attend the festival. Adjunct to this occasion, a Seminar and Summit of the Archipelago’s Royal Palaces Forum (FSKN)  will be convened which has members of 58 royal palaces and sultanates and 196 elders of traditional communities. Altogether the joint event is projected to draw no less than 10,000 people. 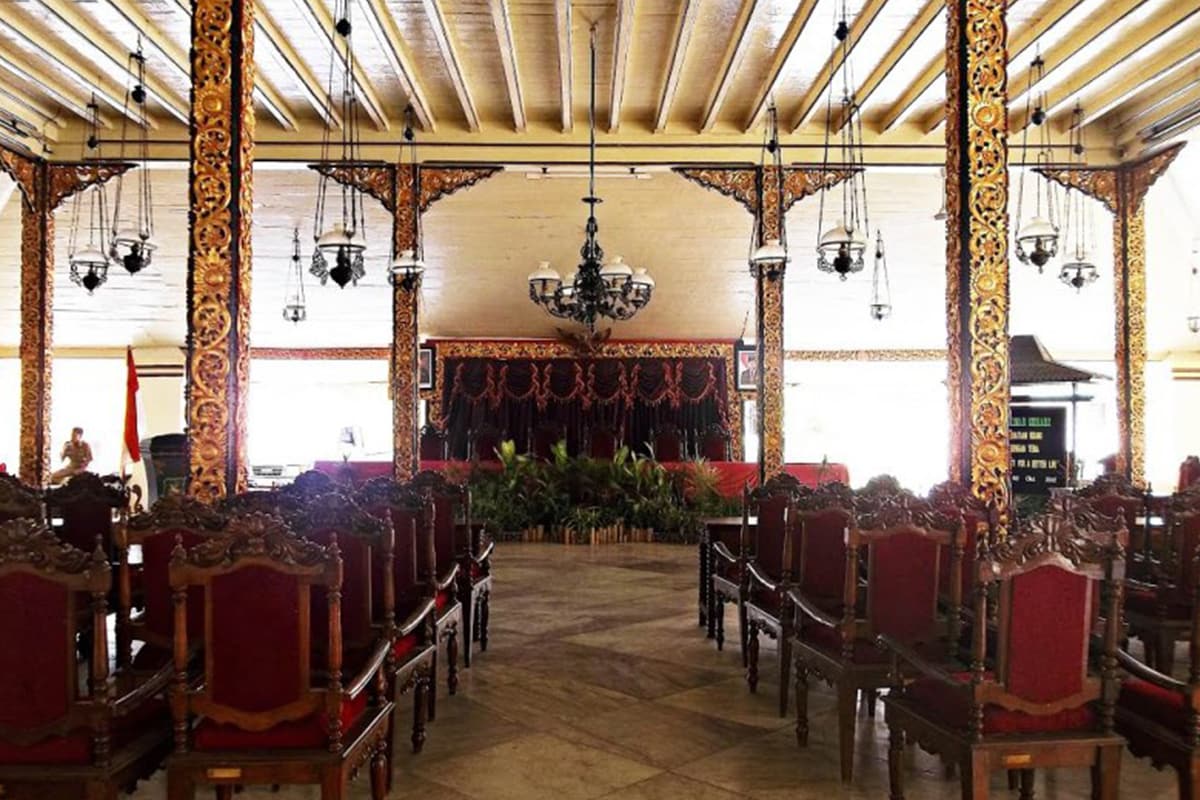 Although Indonesia is the Unitary Republic, yet, this vast sprawling archipelago still houses an amalgam of different cultures that were shaped by centuries of historical developments, where these were once ruled by kings or sultans. However, in the Republic of Indonesia, these royal houses have until today remained predominantly the guardians of the wide diversity of local cultures and traditions, values and beliefs that have been passed down the generations. 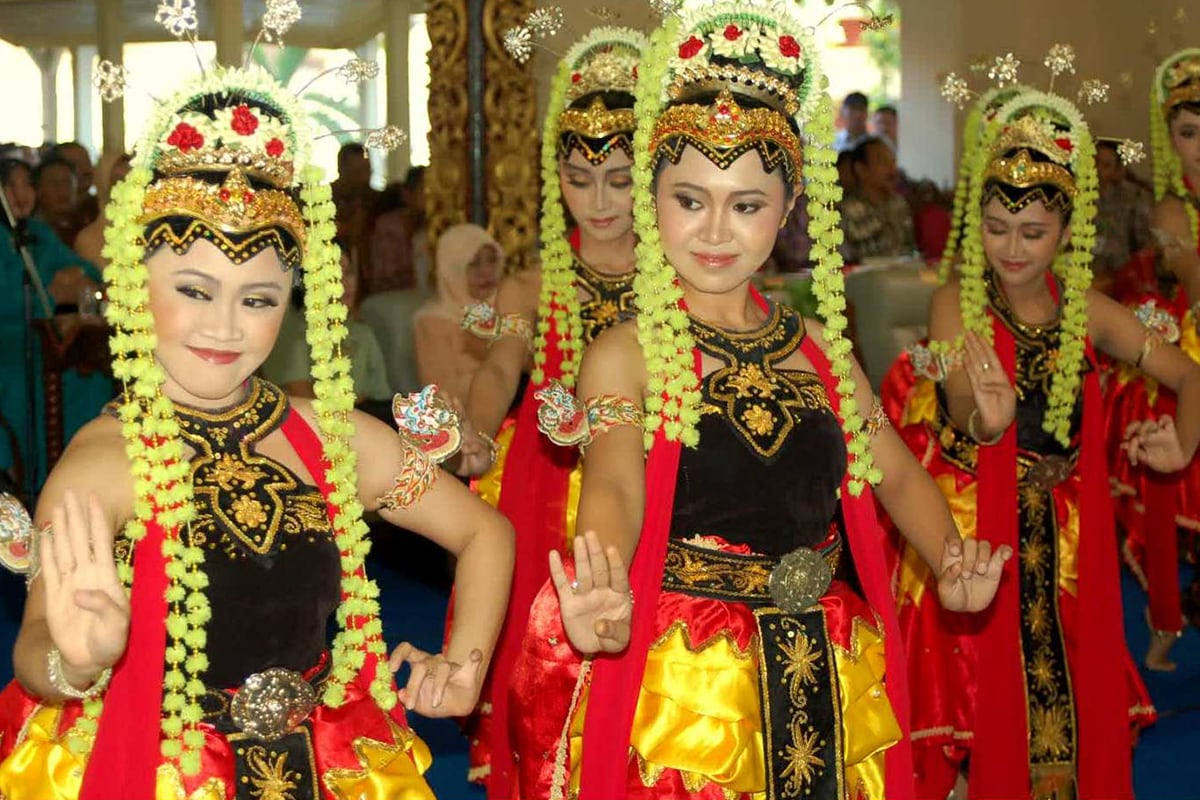 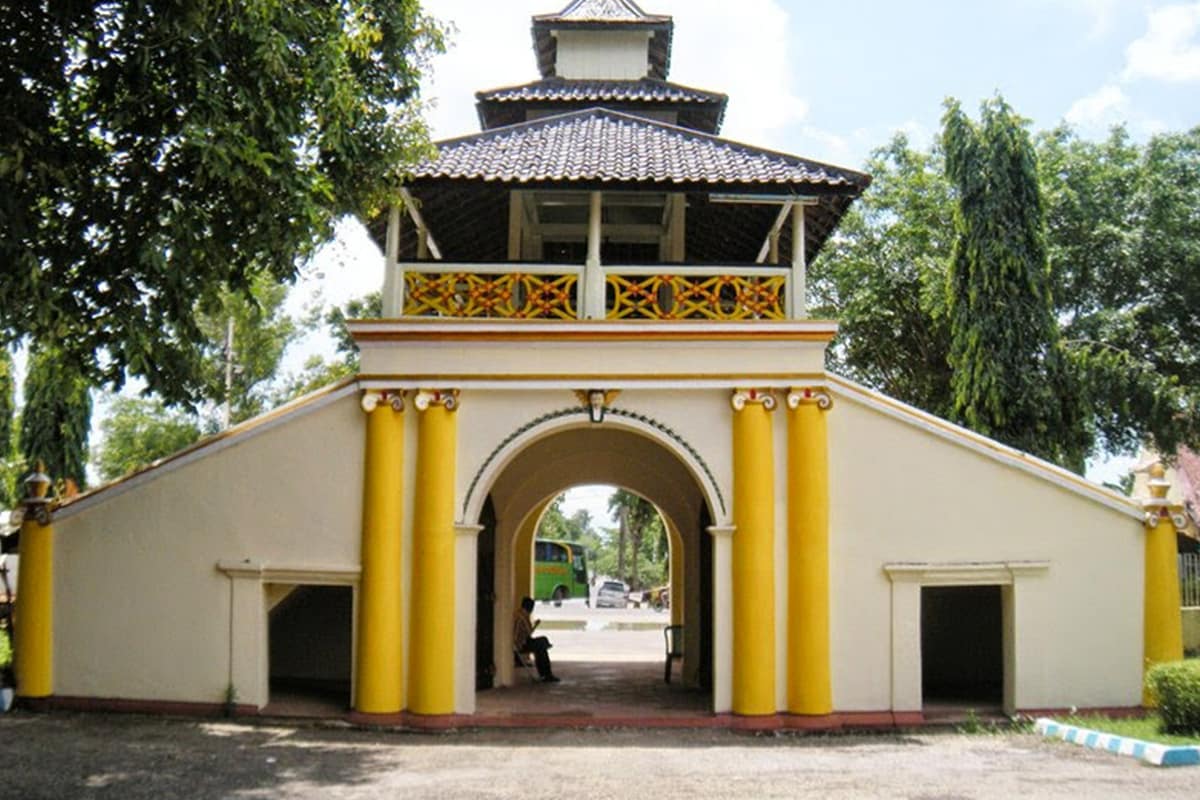 Entering its 12th edition, the event will again be highlighted with an array of resplendent features that include the colorful Procession of Royal Soldiers and Guardians of various royal houses, Royal Palaces Art Performances, Royal Palaces Rituals and Ceremonies, traditional Costumes Show exclusively worn by the aristocracy, a Royal Heirlooms Exhibition, and a meeting of Royal houses across the archipelago. Moreover, the festival will also be attended by artists, cultural figures, historians, and many other important personalities. Prior to the festival, a road show is held to 5 of Indonesia’s royal palaces, namely: in Solo, Medan, Mempawah, Ternate, and Denpasar. 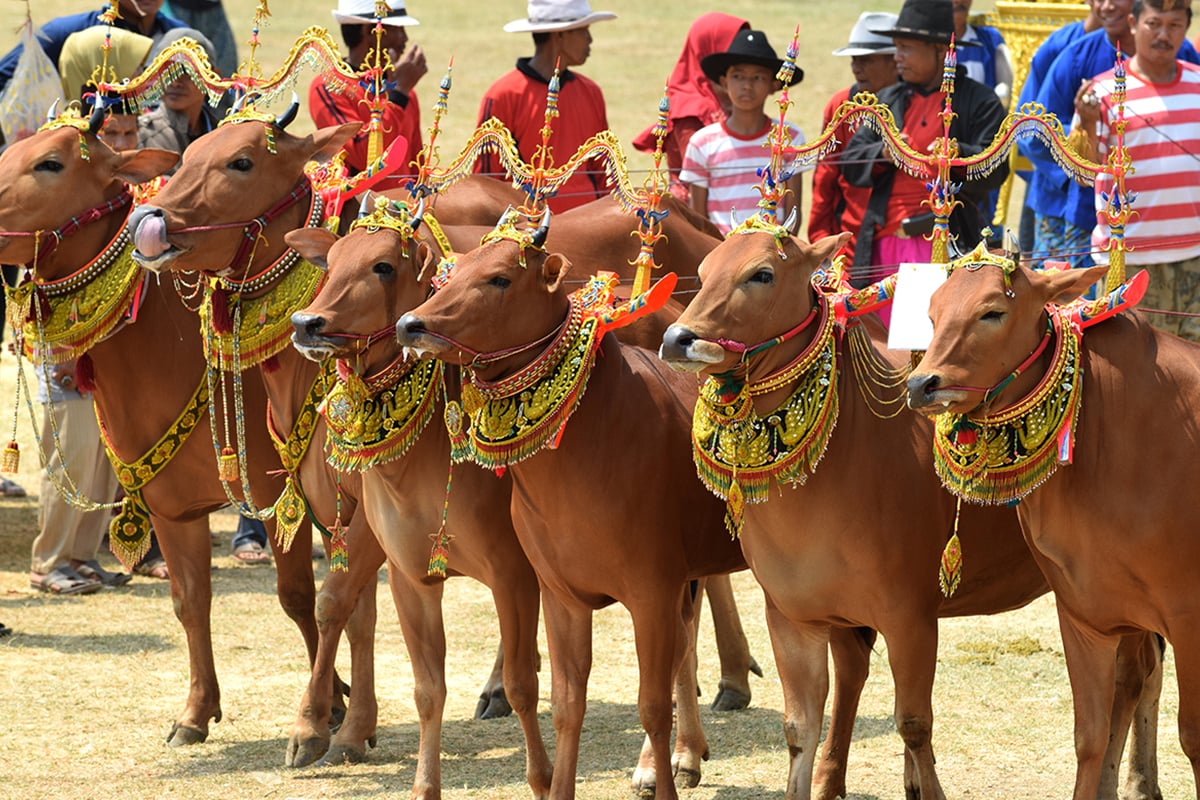 Minister of Tourism, Arief Yahya expressed his enthusiasm for the event. The strengthening of cultural values as carried by the Royals will add positive impact to their commercial value, thereby creating a perfect combination. “Cultural preservation is indeed very important since it introduces the customs and traditions of royal palaces that are most valuable. They also preserve and conserve historical legacies that are in fact valuable tourism assets”, said Minister Arief Yahya. Further pointing out that Sumenep is among the many destinations that have an impressive royal palace that is rich in history. “Do visit Sumenep that still boasts of a beautiful royal palace that has retained its original features ” said Minister Arief Yahya.

The island of Madura is better known for its thrilling bullraces  that are held every year after the harvest when the island’s most handsomely decorated bulls are paraded and competed against each other for speed and agility. 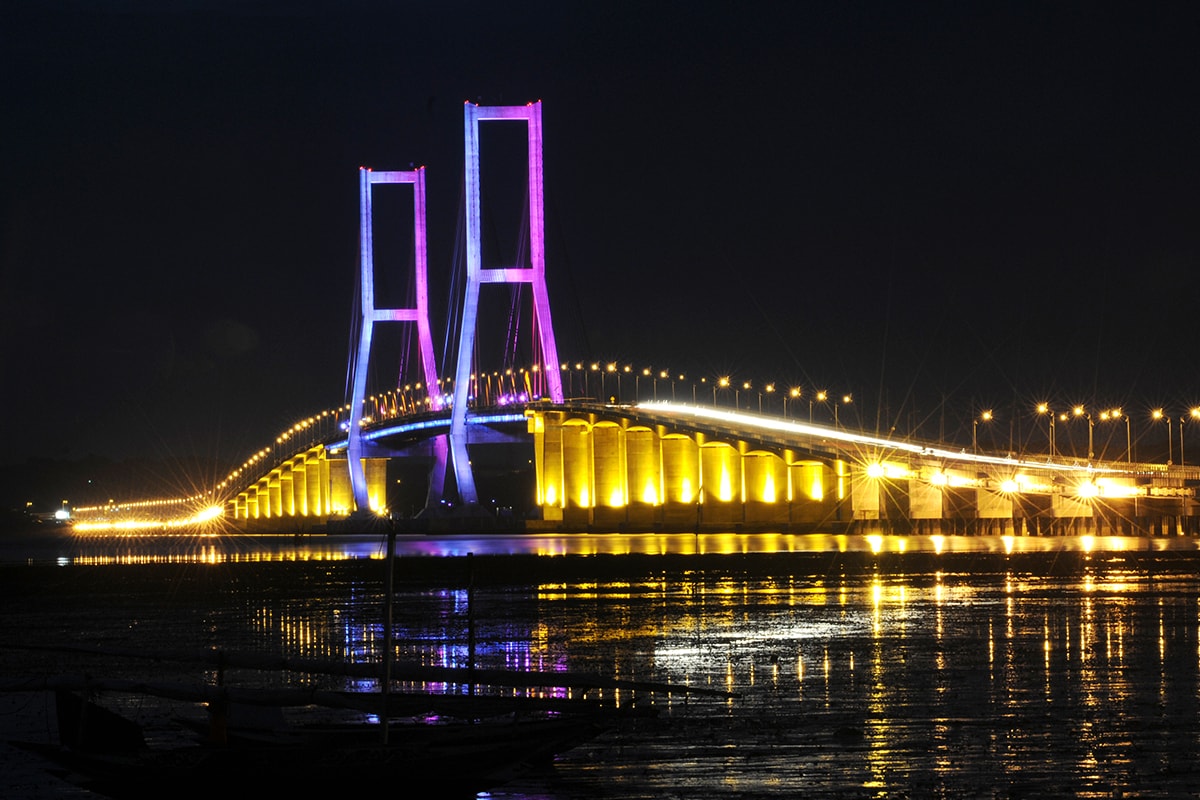 From Juanda International Airport in Surabaya, there are regular flights to the Trunojoyo Airport at Sumenep, operated by Wings Air, a sister company of Lion Air.  The flight takes around 35 minutes, and leaves Surabaya at 12. 45 hrs daily, Ticket fare is Rp. 225,000 one way. The return flight leaves Sumenep at 13.45 hrs West Indonesia Time and arrives in Surabaya at 14.20 hrs. The return flight is cheaper at Rp. 175,000 one way.
However, you may also choose the land route and travel by bus from the airport to the Purabaya Central Bus Station. From here, take another bus to Sumenep.

But for more convenience, best rent a car from Surabaya and have it pick you up at the airport.  The ride takes about 1.5 hours. On your way to Sumenep, you will cross the long and wide Suramadu bridge that connects Surabaya with Madura that offers fascinating scenery over the harbor and the separating sea. As for accommodation, there are a number of inns and modest hotels in Sumenep whose rates range from a low IDR50,000 to about IDR200,000-300, 000 per night.  Or you may choose to return to Surabaya and stay at the many hotels in the city, that range from deluxe 5-star hotels to more simple accommodation. 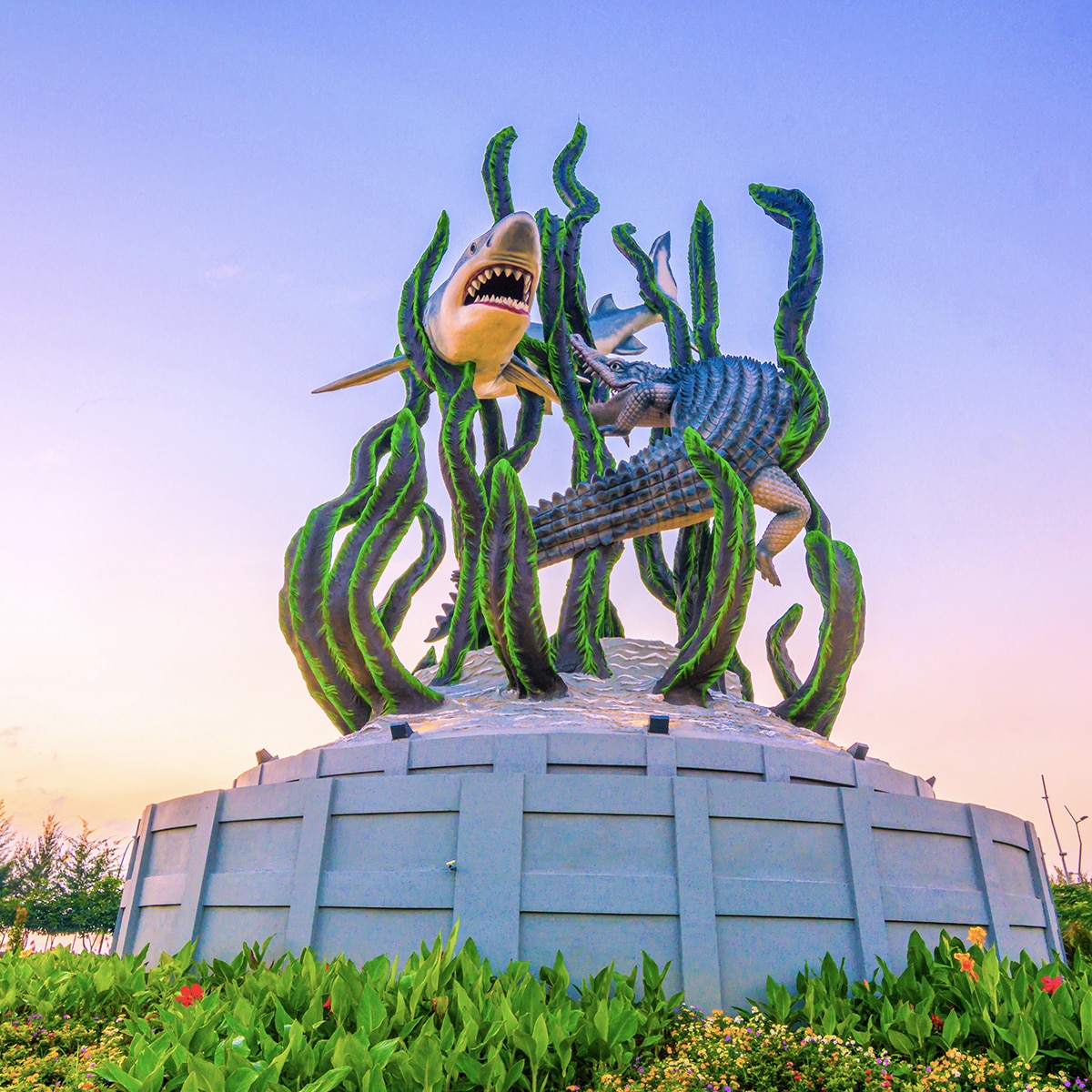