Home Trip Ideas Asian Games 2018: 13 Sport Venues that You can Soon be Enjoying in Jakarta!

Asian Games 2018: 13 Sport Venues that You can Soon be Enjoying in Jakarta!

Indonesia has been gearing up for the 2018 Asian Games since 2016 by renovatinga number of sport venues set to be used for the event, including those in Jakarta. For enabling more beauty at the venues, as well as improving convenience, the Indonesian government allocated a budget at IDR 30 trillion (USD 2.08 billion)! Now, the venues are ready to welcome the quadrennial sporting games.

Most Asian Games venues in Jakarta are centered in Gelora Bung Karno sports complex, Senayan. Are you curious as to how the Jakarta sport facilities look like now? Check this out! 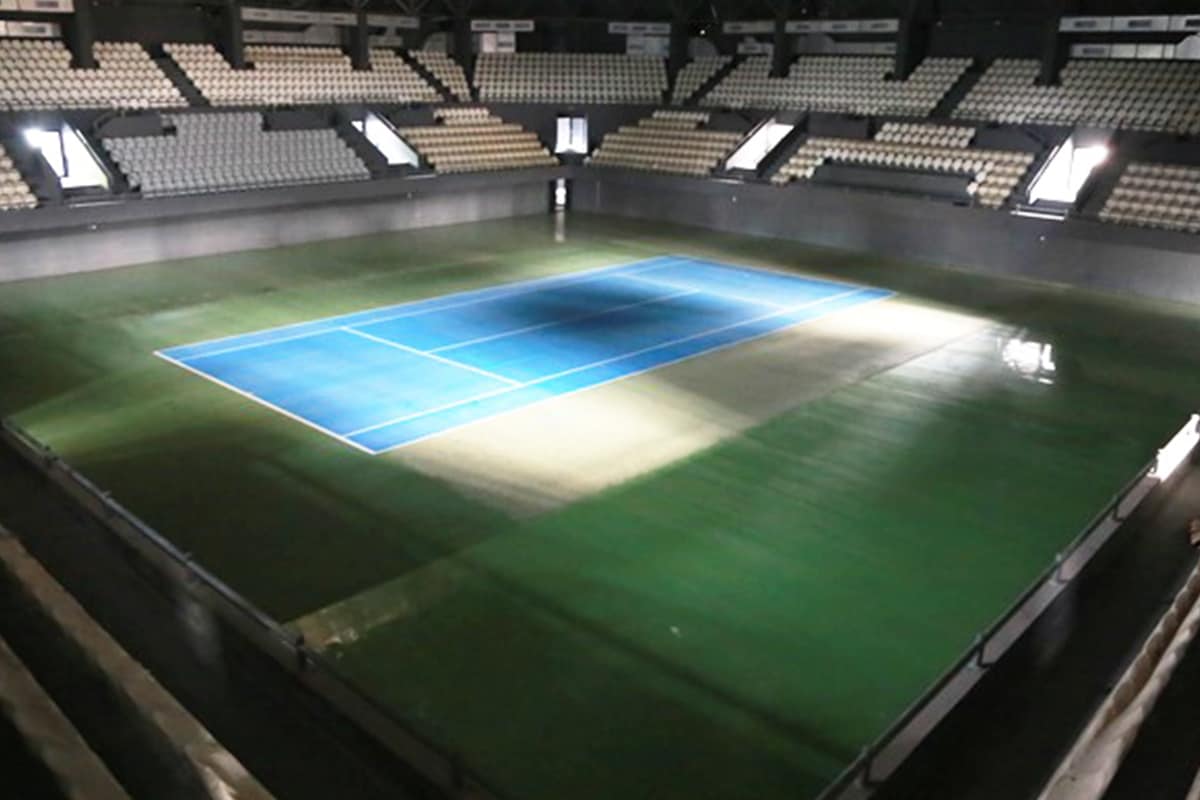 Senayan tennis area consists of two courts, namely indoor and outdoor courts. Both of them are among heritage buildings in Gelora Bung Karno. Renovation over this tennis courts makes significant changes in visitor benches, from row bench to single seats. Currently, the indoor tennis court has capacity of 3,954 peoplewhile the outdoor one has 3,832 single seats. 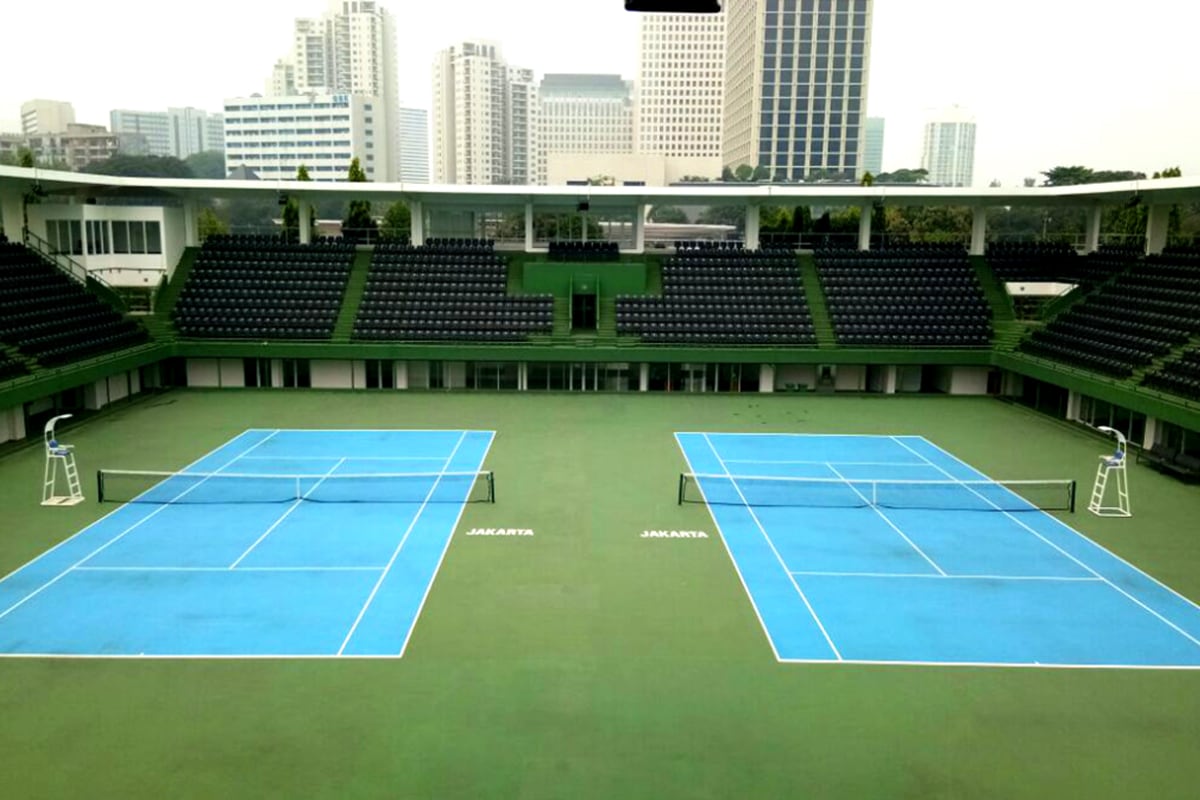 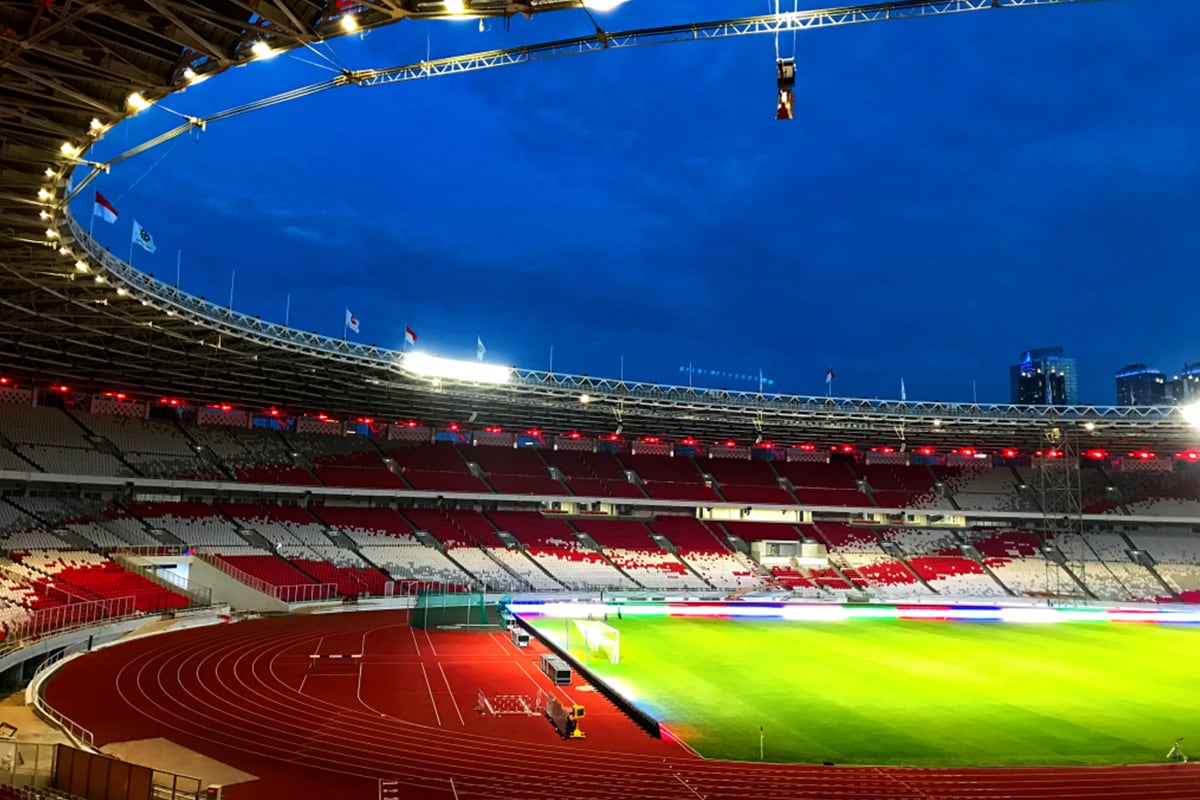 Gelora Bung Karno Main Stadium is a multi-purpose sports arena built to international standards. One special feature of this stadium is a magnificent iron roof forming a gigantic ring, called Temu Gelang. Not only protecting the audience from the sun, this roof also displays a magnificent impression. The main stadium was also renovated for the 2018 Asian Games. It is equipped with single seats and access for disabilities. It used to have a capacity of 120,000 but after the construction work, it now can facilitate 80,000 spectators. Apart from sporting events, the stadium is also used for many other occasions, such as national event and music concerts. 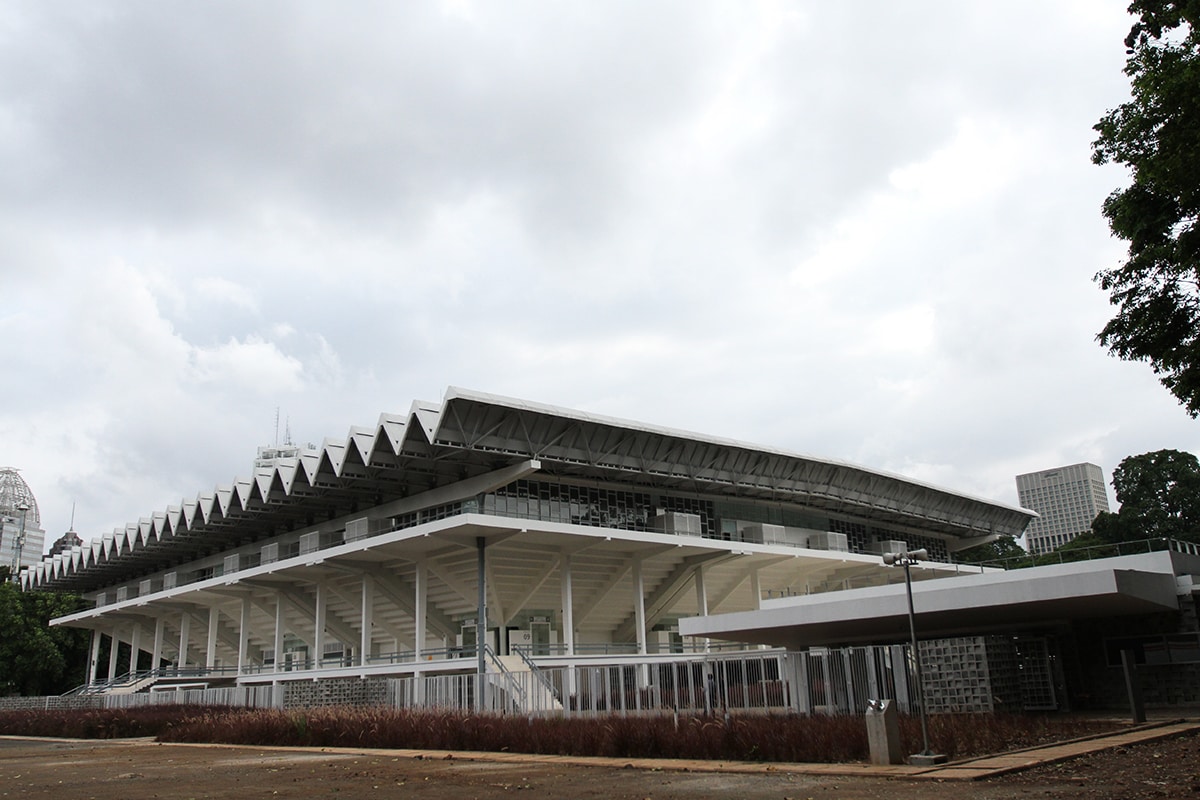 Istora stands for Istana Olahraga (Sports Castle). This sports hall, which is often used for badminton matches and music concerts, was built on August 24, 1962. At that time, Istora Senayan was meant for the 1962 Asian Games. This site, which has a capacity of 7,166 people, has witnessed various national and international events, including world-class boxing matches between US-boxing legend Mohammad Ali and Dutch boxer Rudie Lubbers in 1973. The 2018 Asian Games’ Hockey Field is an international standard area of 6,755 square meters. The field has been certified by the International Hockey Federation (FIH). They are equipped with synthetic carpets and have supporting facilities, such as players' dressing rooms, office spaces, toilets, and a mosque. The capacity of the tribune area in this field is 818 people. The sporting event will hold archery competition in the Archery Field of Gelora Bung Karno. This international-standard field has a length of 59 meters with a 10-471-square-meter land area. It is equipped with natural grass. On other days, this archery site is used for archery tournaments, as well as archery practices. The Asian Games’ aquatic competition will be held at Aquatic Stadium in Gelora Bung Karno. This place used to be an outdoor arena but after renovation, it is now an indoor site with four pools. The main pool is for swimming competition while the three others are for, respectively, water polo, diving, and synchronized swimming. Welcoming Asia’s biggest sporting event, the stadium – which has a capacity of 8,000 people – was enlivened by flags from various countries. Renovation ahead of Asian Games was also carried out to Madya Stadium of Gelora Bung Karno. This place used to be an athletic venue but now it is also used for soccer. The revitalization work, however, did not change the stadium much due to its status as a heritage building. It is now the second site in Gelora Bung Karno that has the largest capacity. It can accommodate up to 10,000 spectators. Gelora Bung Karno also provides Basket Hall. It is an indoor place with the size of 38 meters times 28 meters. The basketball field uses plastic flooring with tribune capacity of 2,920 seats. It has supporting facilities, such as Moslem praying room and multi-functional parking area. 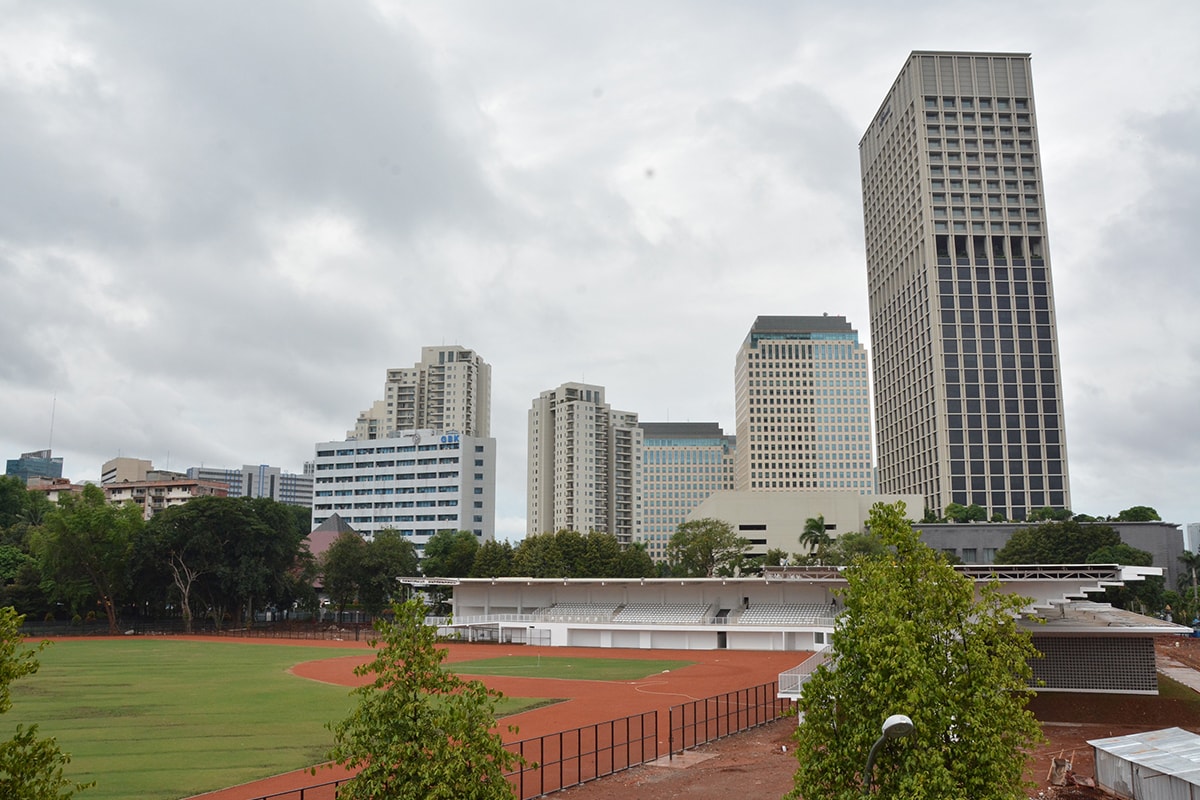 Gelora Bung Karno also has an international-standard baseball field at its Gate 1. The field uses Bermuda grass, which originally comes from the savannas of Africa. Its tribune has a capacity of 198 fold-up seats and 1,122 monoblock seats. 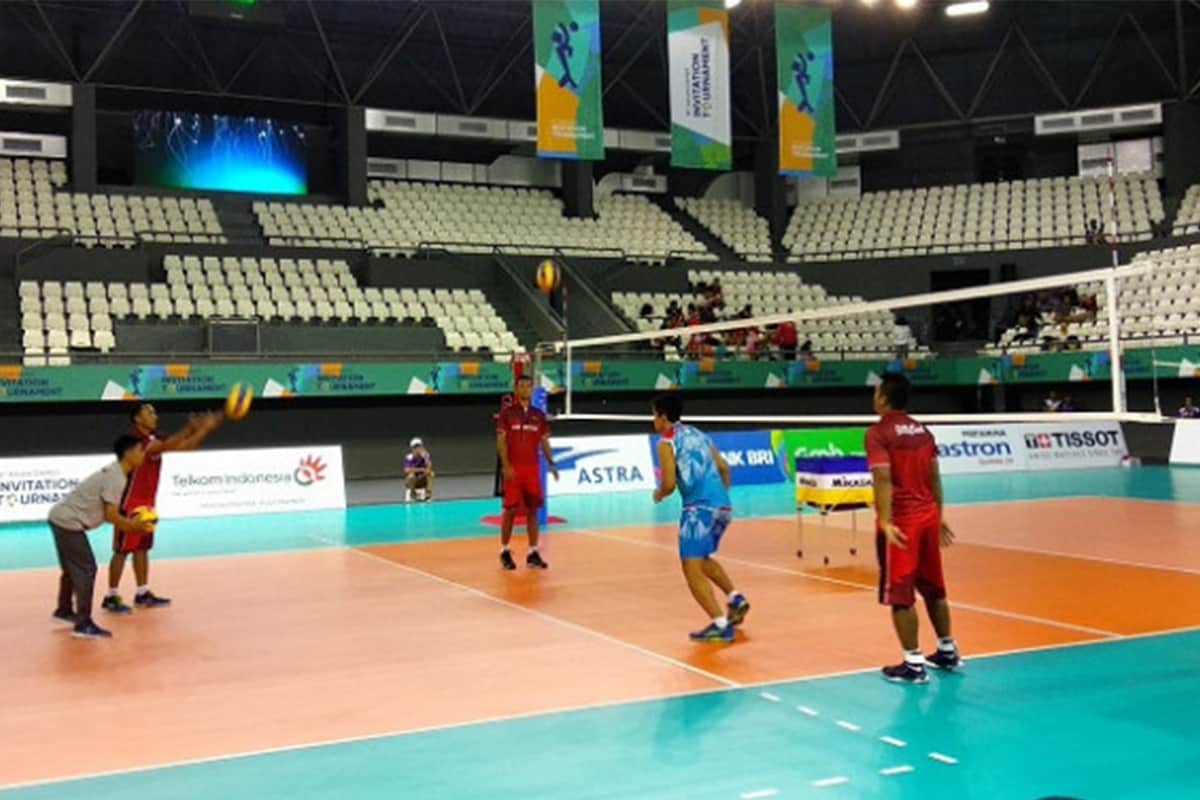 While the above competitions are to be held in Gelora Bung Karno, volleyball games will be carried out in several sports halls in Jakarta. One of which is in Bulungan sports center, South Jakarta. Built in 1970, this site currently has 3 badminton areas, 1 basketball field, 1 futsal court, and 2 volleyball arenas. It fits up to 1,500 people at the tribune area. 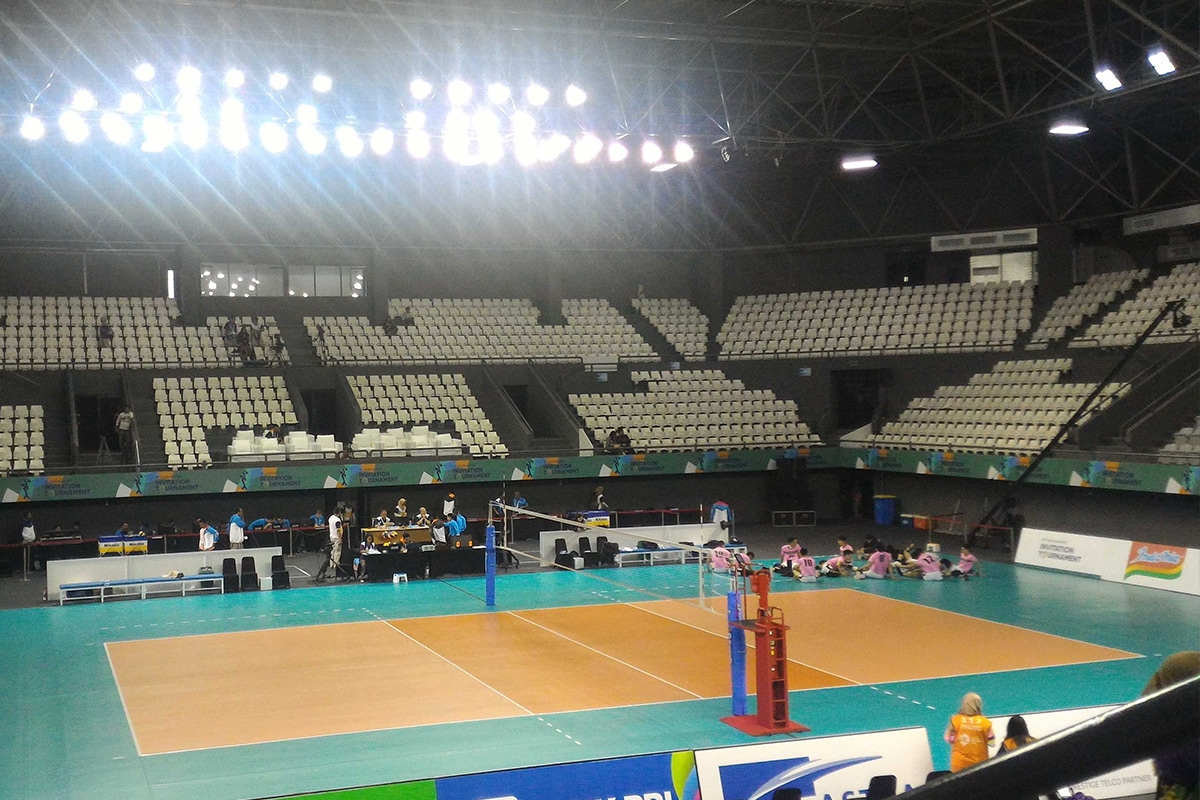 Apart from volleyball, horse-riding competitions are set at Pulo Mas Equestrian, East Jakarta, which consists of several sectors. Among others are four-floor main building for management office, media room, spectator site, and sightseeing tower. The outdoor spectator tribune has a capacity of 1,000 people while the indoor sightseeing view can fit 500 people. 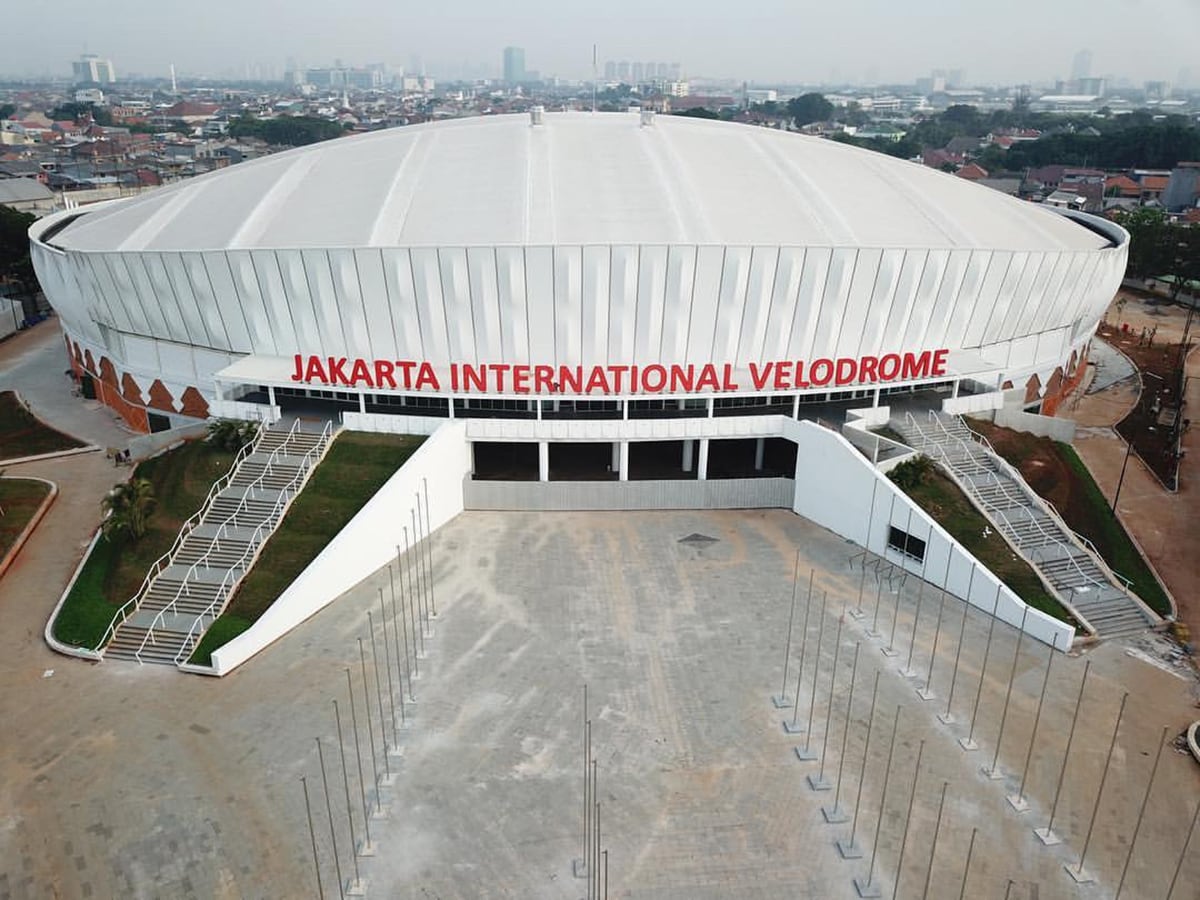 The 2018 Asian Games’ bicycle racing is set to be held in Rawamangun velodrome, East Jakarta. This arena has a 250-meter track with the width of 7.1 meters and slope of 40 degrees.  the track uses Russian timber processed in Germany to meet bicycle racing safety standards. This wood can last up to 30 years provided the air humidity in the velodrome is maintained. The place can accommodate up to 3,500 people. 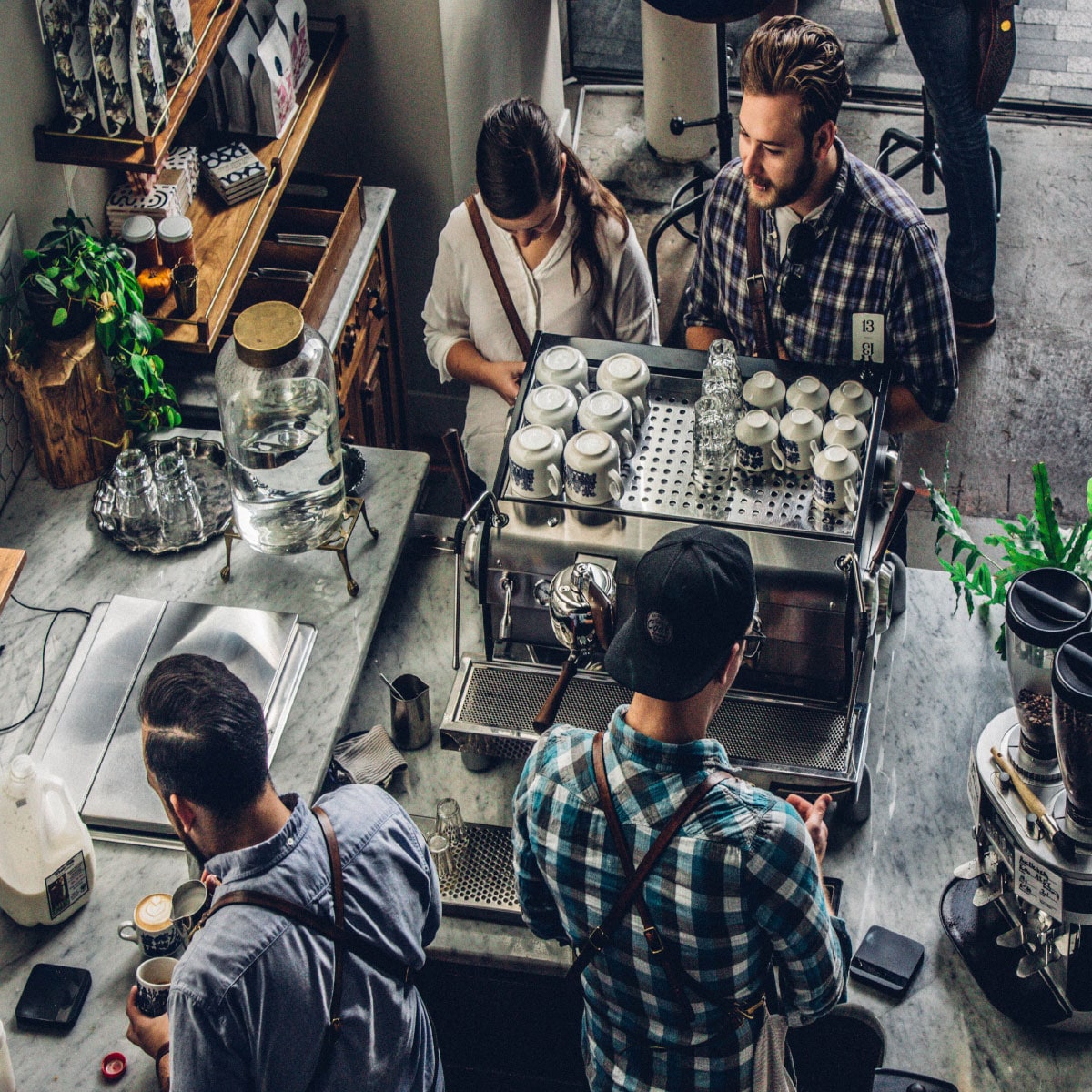 5 Work-friendly Coffee Shops In Jakarta To Boost Your Productivity