After almost a year, finally, one of the most prestigious global conferences, the G20, has reached its conclusion. Under the presidency of Indonesia, the G20 2022 successfully invited nations across the globe to “Recover Together, Recover Stronger.”

Culminated at the G20 2022 Summit in Nusa Dua, Bali, the conference resulted in several agreements that will be highly beneficial for the future. Aside from it, the G20 Summit also left some moments that made the conference even more special. Did you miss out on them? Just check out the summit’s most memorable moments here! Leading up to the G20 2022 Summit, another meeting involving global business communities took place. Held on November 14, 2022, the B20 Summit invited a wide array of special guests as its speaker. Renowned figures such as Jeff Bezos, Elon Musk, as well as Anne Hathaway, were featured as the speakers at the summit. Elon, who unfortunately wasn’t able to attend the B20 in person, managed to appear virtually. During his session, he can be seen wearing a shirt featuring a Bomba Batik pattern, which originated from Sulawesi.

2. Welcoming Dance for The Heads of State & delegates The G20, as a prestigious global conference, provided a perfect platform to showcase the extraordinary cultural heritage of the Island of Gods, Bali. One of the cultural heritages displayed during the G20 2022 Summit was the Pendet Dance, which was performed as a welcoming dance for the Heads of State and delegates. Initially a part of religious ritual processions in Bali, the dance whose name originated from the word mamendet or mendet, symbolizes welcoming the Gods. Now, the Pendet Dance has transformed into an art that can be performed anytime.

3. Penjor leading the way to the venue 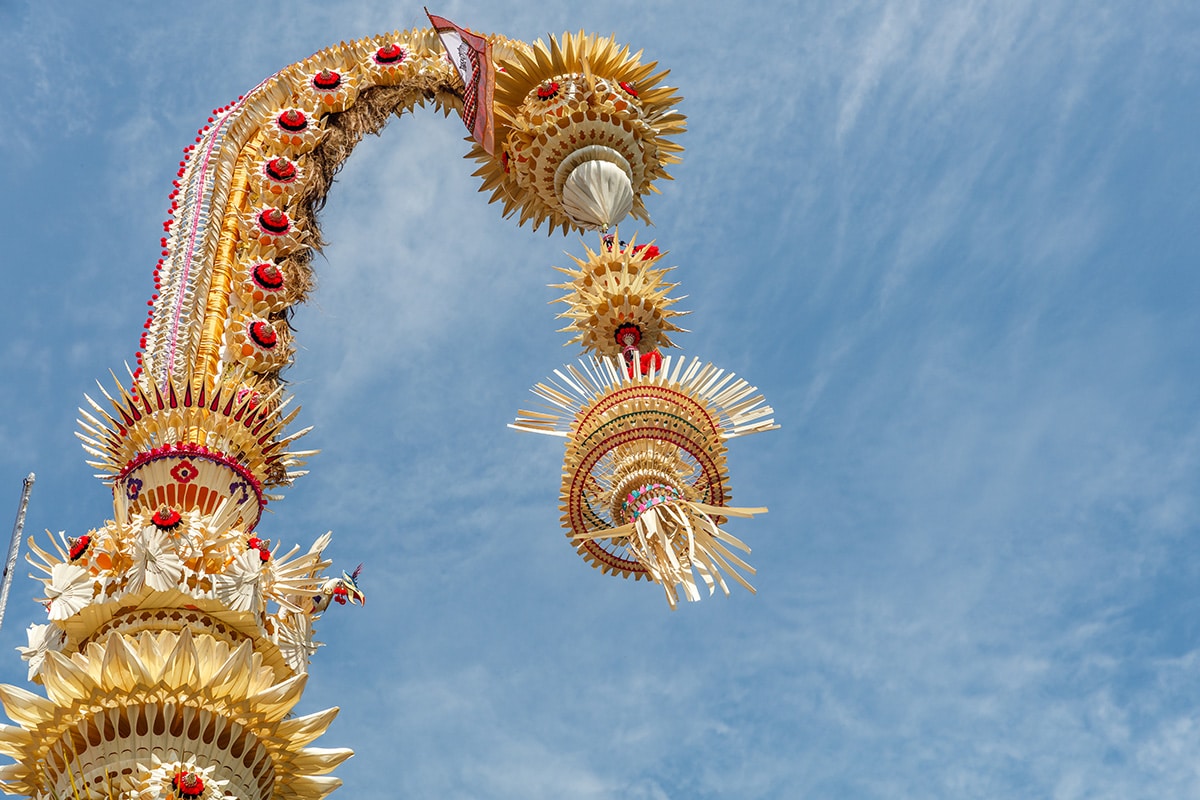 Aside from a showcase of amazing cultural heritage, the G20 2022 Summit became even more festive with the installment of penjor along Bali’s road. About 2,500 penjor were set from I Gusti Ngurah Rai Airport to The Apurva Kempinski, a resort where the summit took place. The ornaments, mainly made from bamboo, represent the offerings for the Gods’ dwelling. Penjor is also a symbol of the Balinese gratitude towards the produce that the Earth bestowed upon them.

4. Bamboo Dome by the sea 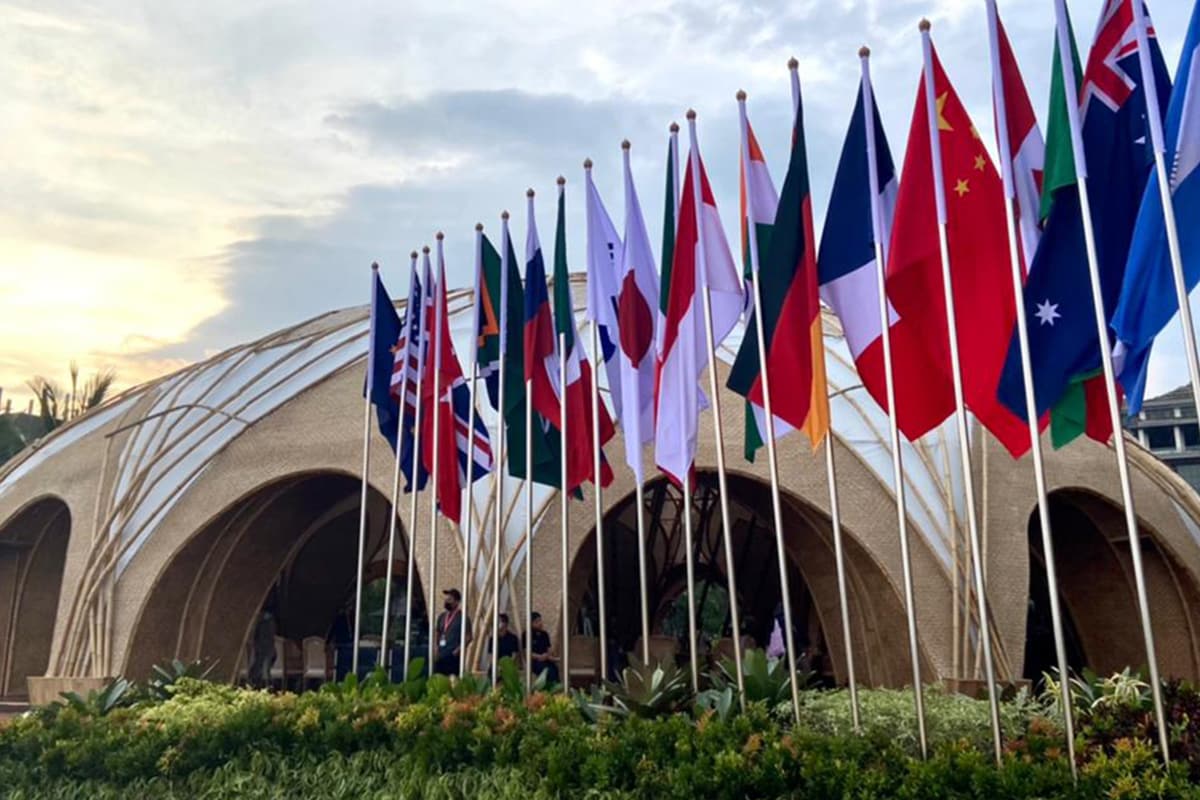 The Lunch Event of the G20 2022 Summit, which was held at The Apurva Kempinski resort, took place inside an eye-catching building. The airy and exotic-looking building where the event was held was made mostly of bamboo. Built in only about three weeks, the idea for the Bamboo Dome was developed to offer something unique. Bamboo, as the main material, was chosen because of its flexibility as well as elasticity. Apart from its capabilities, bamboo was also chosen since it is the material used daily in Balinese life. The philosophy of Bamboo Dome itself symbolizes how sustainability can be done traditionally. 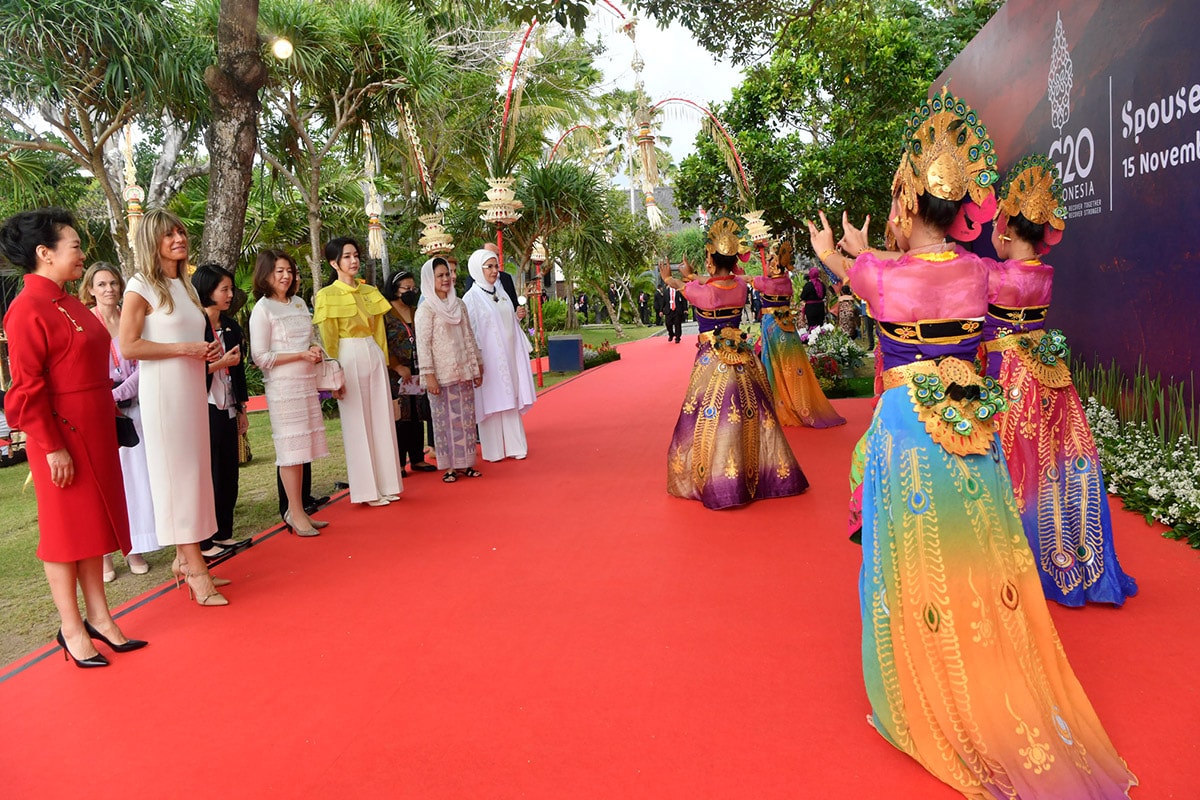 During the G20 2022 Summit, the spouses of the G20 member countries and international organization leaders were invited to the G20 Leaders’ Spouses Program. Took place at Sofitel Bali Nusa Dua Beach Resort, the program introduced a myriad of Indonesia’s local wisdom. Several traditional crafts, dances, and music across the archipelago were showcased. In addition, there was also a crafting workshop where they had a chance to decorate a dried palm leaf known as lontar, which was often used as a manuscript by the Balinese in the past. On the night of November 15, 2022, the Gala Dinner of the G20 2022 took place at GWK Cultural Park. With the majestic Garuda Wisnu Kencana towering over in the distance, the momentous event managed to garner a lot of attention. One of them was the outfit worn by the Heads of State of the G20 nations. Some of them were spotted wearing formal attire made from tenun with various colors and motifs. The President of Indonesia Joko Widodo and the First Lady Iriana were also spotted wearing traditional Balinese garb. 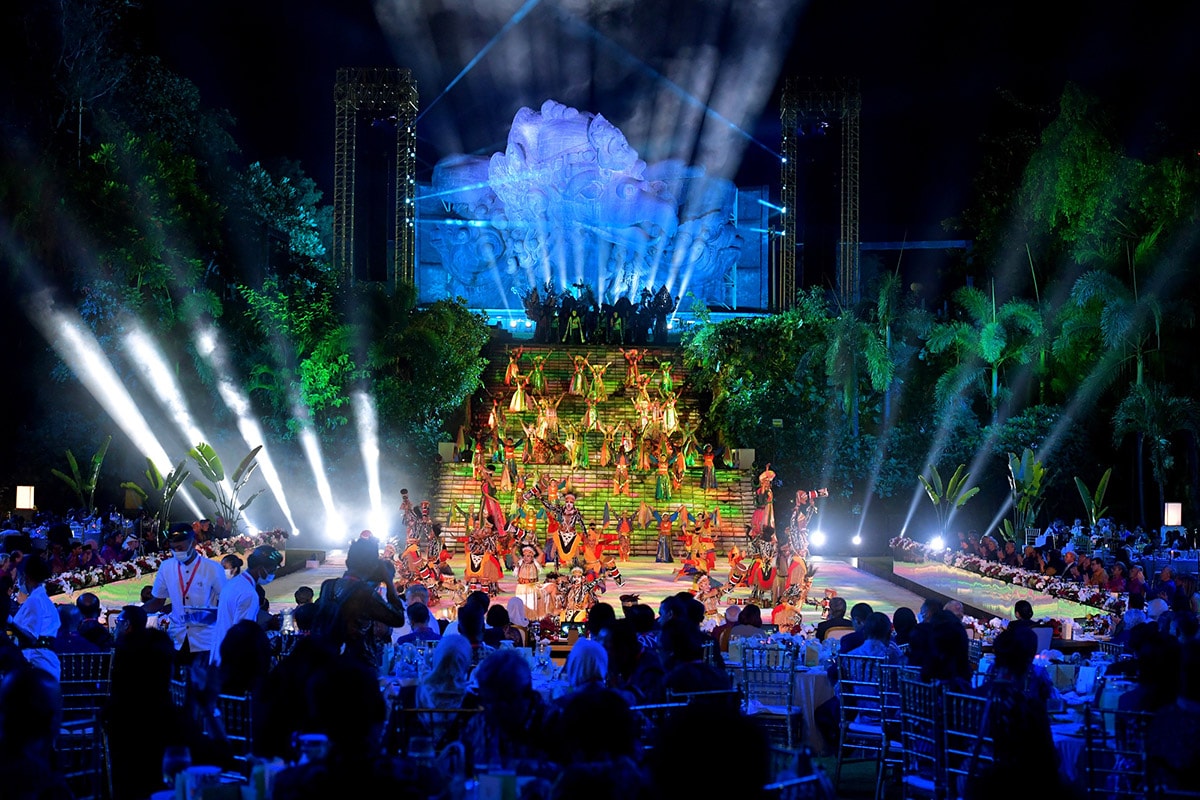 Another thing that also caught the attention of many during the Gala Dinner was its phenomenal art performances. A wide array of traditional dances accompanied by the melodies of traditional music filled the center stage of the event. Paksi, Kecak, and Bujang Ganong dances kicked off the performances with euphoria. A colorful animation mapped into the park's cliffs added a more festive spark to the already exciting performances.

That made up some of the most memorable moments of the G20 2022 Summit in Bali. Do also check out the highlights of the 1st and the 2nd day of the conference!

Are you eager to experience the diverse cultural heritages appearing at the G20 2022? Get to know about Indonesia’s latest international travel regulations beforehand. Follow the CHSE (Cleanliness, Health, Safety, and Environment Sustainability) health protocol along your journey. Highlights of the 2nd Day of G20 Summit in Bali 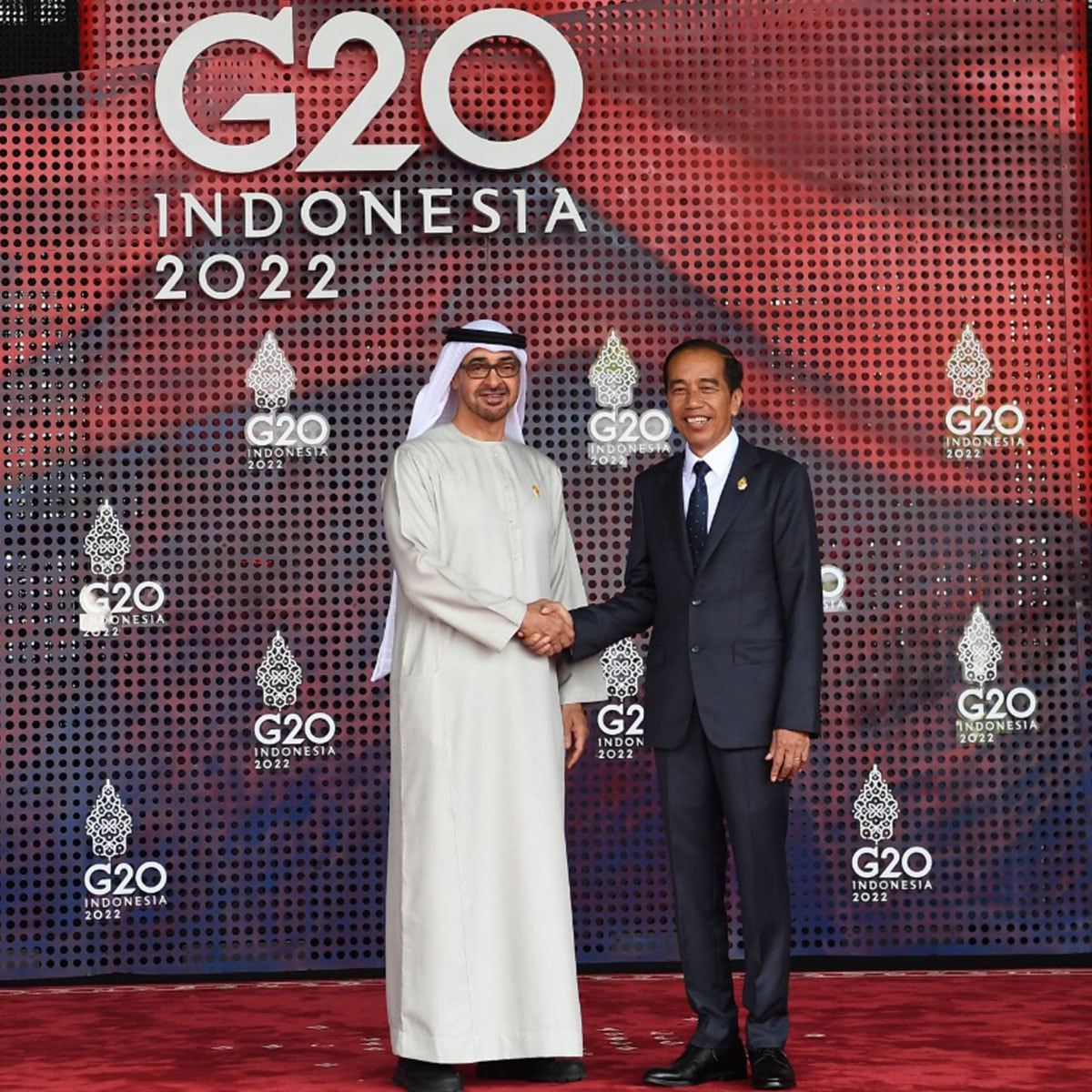 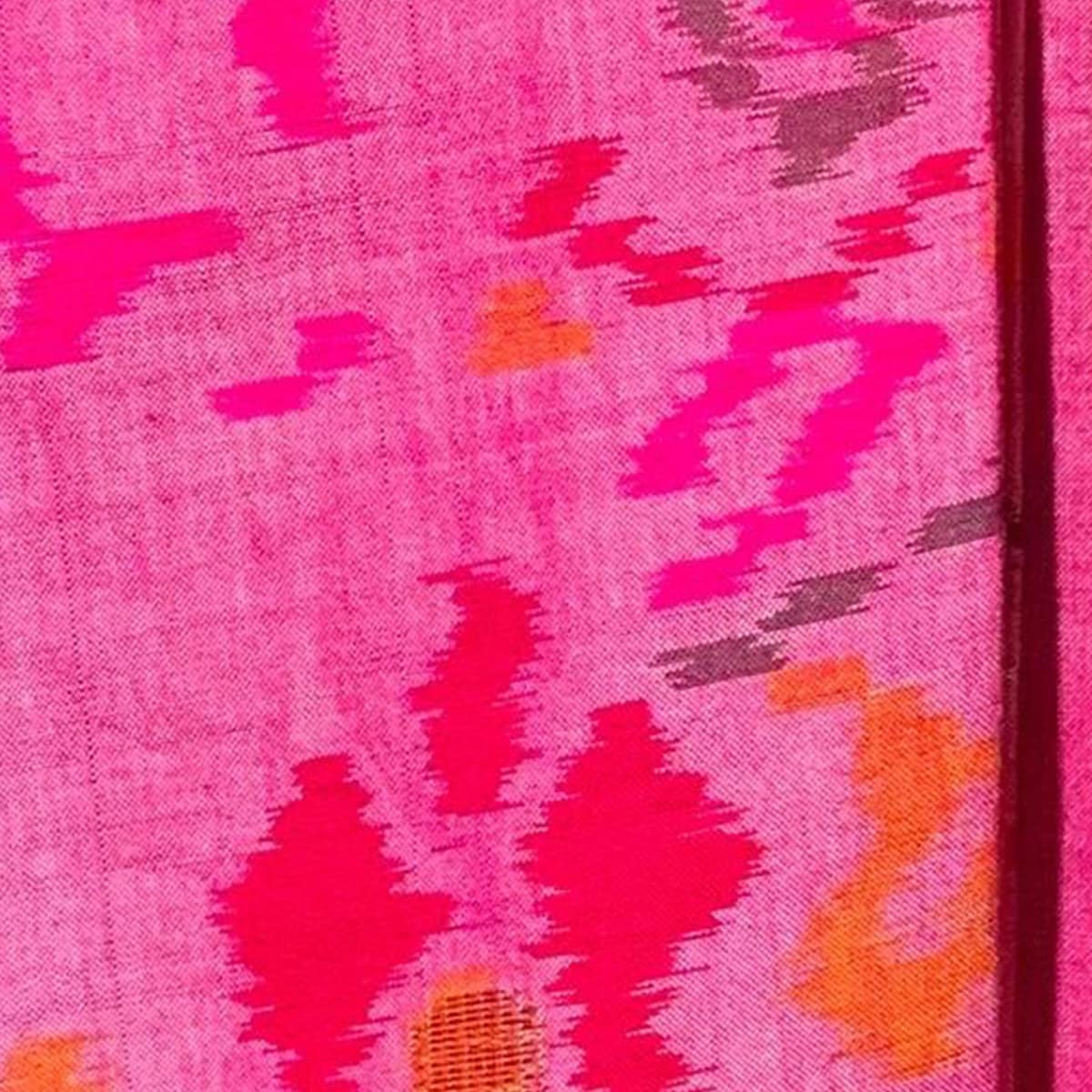 Story of Bomba Batik Worn by Elon Musk in B20 Summit, Bali