5 Unique Traditions & Rituals You Can Find in Indonesia

It is widely known around the globe that Indonesia is filled with an abundance of traditions rooted from cultural heritages. Some traditions have uniqueness that is not only a feast for the eyes, but also symbolizes the identity, local wisdom, and philosophy of certain ethnic communities. Here are 5 unique traditions and rituals you can find when you are visiting Indonesia. 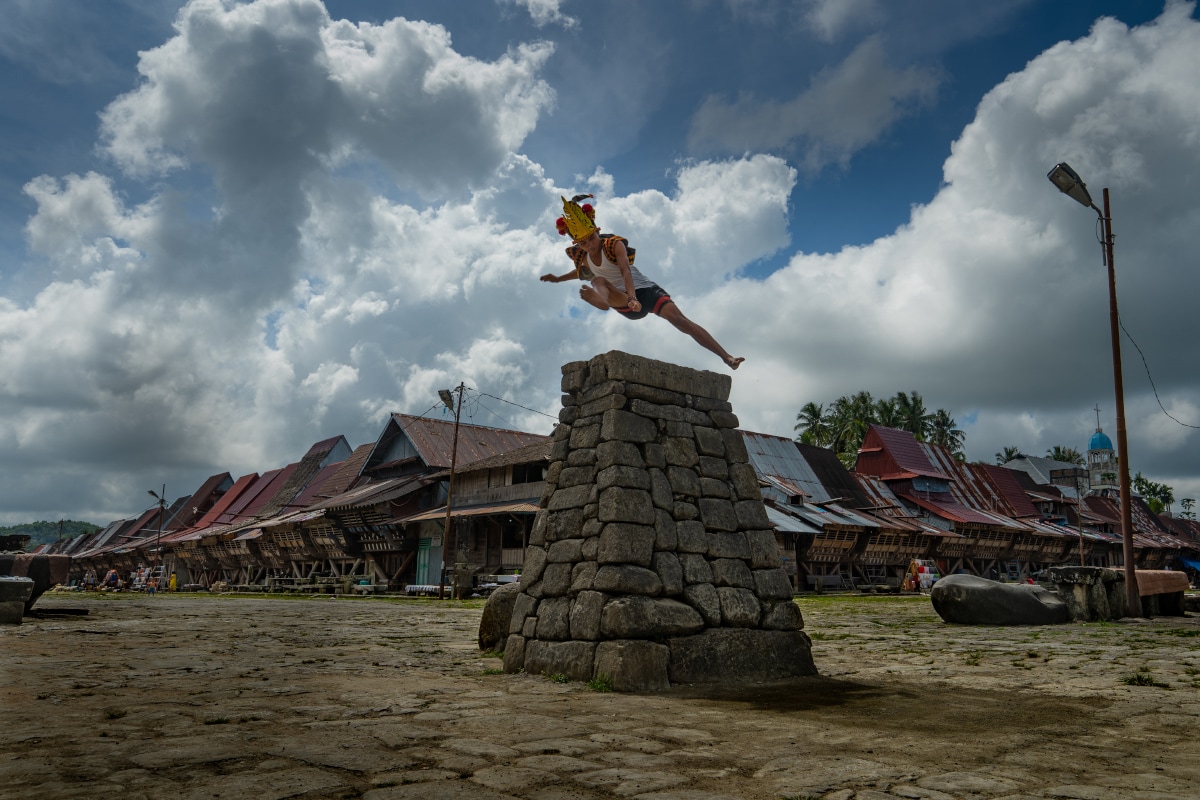 Better known as “stone hopping” or “lompat batu” in Indonesian language, Fahombo is a traditional sport and local wisdom from Nias. It was originally a rite of passage for Nias boys into maturity before it became a unique tourist attraction that is famous worldwide. In this ritual, a local Nias boy must jump over the arrangement of a 2-meter high stone structure.

Since childhood, boys in South Nias are used to doing some jumpings. This is because the topography of Nias is filled with rocky and mountainous areas. Therefore, when they become adults, they must pass the trial of Fahombo to be claimed as worthy of joining the battlefield.

If you’re interested in seeing firsthand the attraction of Fahombo, you can immediately visit the village of Bawömataluo in South Nias. The village is established on a flat-topped hill and is considered one of the best-preserved villages built in traditional style.

Tedak Siten is an ancestral heritage local wisdom culture of Javanese for babies aged around 7-8 months old. It is also known as the ritual of “descending to the ground”, as the name itself derives from the Javanese word tedak which means descension and siten which means ground. The ceremony is usually carried out as a series of events that aim for infants to grow into children. It begins in the morning with a presentation of traditional foods in the form of the 'jadah' or 'tetel' with seven different color variations. These ‘jadah’ or ‘tetel’ are made from sticky rice mixed with grated young coconut and pounded into one before it is given red, white, black, yellow, blue, orange, and purple colors.

The ‘jadah’ or ‘tetel’ symbolize the life of the children, while the colors describe the journey that the baby must take. The presentation of the color starts from black to white. It represents the parents’ hope that whatever difficulties the baby has to face in the future, there will always be a way to overcome that.

Next, there will be a stair-climbing ritual, where the stairs are made of sugar cane decorated with colorful papers. This ritual symbolizes the parents’ expectations so that the baby has the quality of Arjuna, a figure in Mahabharata epic known for his responsible and tough characters.

After that, the baby will be put inside the chicken cage, which has been decorated with colorful papers. The baby will then be presented with various items such as stationery, books, mirrors, and others.  Then, they must choose one of them. The selected item will then be believed as a symbol of the baby’s future hobby and profession.

The procession will be finished by bathing the baby in the flower water. This symbolizes hope that the baby will always be healthy, have a worthy life, prosperous, and kind to other people.

The religious ritual of Metatah or teeth-cutting is one of the rituals that must be done by a Balinese Hindu child as a rite of passage. Metatah participants will have their teeth cut up to approximately 2 millimeters, not as scary as the name suggests. The teeth that have been cut will then be placed on a yellowish brown cloth that will be prayed along with a plate of offerings. It looks simple, but the Metatah tradition is a local wisdom that actually requires a significantly large amount of funds. As a result, many people delay the traditional process of teeth cutting. However, Balinese have overcome this problem by conducting metatah masal or large-scale teeth-cutting ceremonies.

In the era of the Kingdom of Mataram, the youth of the Sasak tribe in Lombok, West Nusa Tenggara who wanted to be a soldier must participate in the Peresean ritual. Peresean or Perisean is a battle between two men armed with a rattan stick (penjalin) and a shield made of thick and hard buffalo skin (ende). Then, in the 13th century, Peresean is more believed as a traditional rainmaking ritual. Therefore, it is usually done in the seventh month of the Sasak tribe calendar. Over time, this tradition has become a spectacle that eventually attracted worldwide attention to Lombok. The Lombok government also realized the charm of the Peresean tradition as a local wisdom. Now, you can witness Peresean in the Bau Nyale Festival held annually in Lombok.

Rambu Solo’ is a local wisdom in a form of custom funeral ceremony from Toraja tradition in South Sulawesi that requires the family of the deceased to hold a farewell ritual as a tribute for the deceased. The ceremony must be made festive and the family must provide pigs and buffaloes to be slaughtered and distributed to the surrounding residents. Ma'badong Dance should also be performed in the Rambu Solo’ ceremony. This traditional dance from Toraja can only be done to commemorate death. The dance is performed by having the dancers make a large circle, holding hand in hand while singing the song. The movement has a philosophy of communal and supportive living within the community.

The ceremony of Rambu Solo’ is an important ritual that costs a lot of time and money. Therefore, it is not uncommon for this ceremony to be held several months to many years after someone died. According to the philosophy of this tradition, the wealth of the deceased must be returned to the public in social form so that the children left by the deceased will not be dependent on inheritance.

You can still find all these five unique traditions and rituals when you are visiting Indonesia in the future because of how well-preserved they are in each of the communities. We hope that this article can help you to prepare for your next trip to Indonesia. Meanwhile, stay safe, stay healthy. 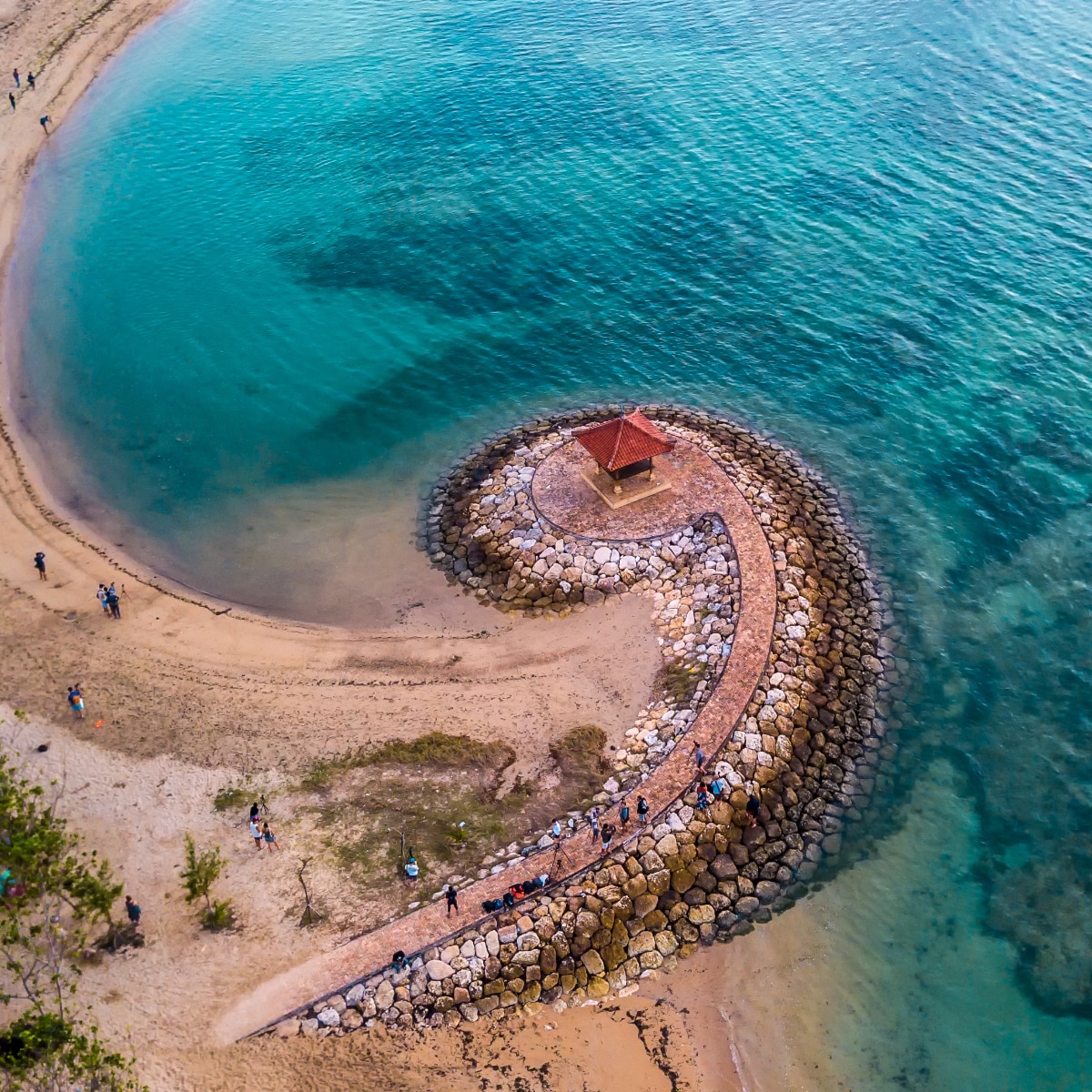 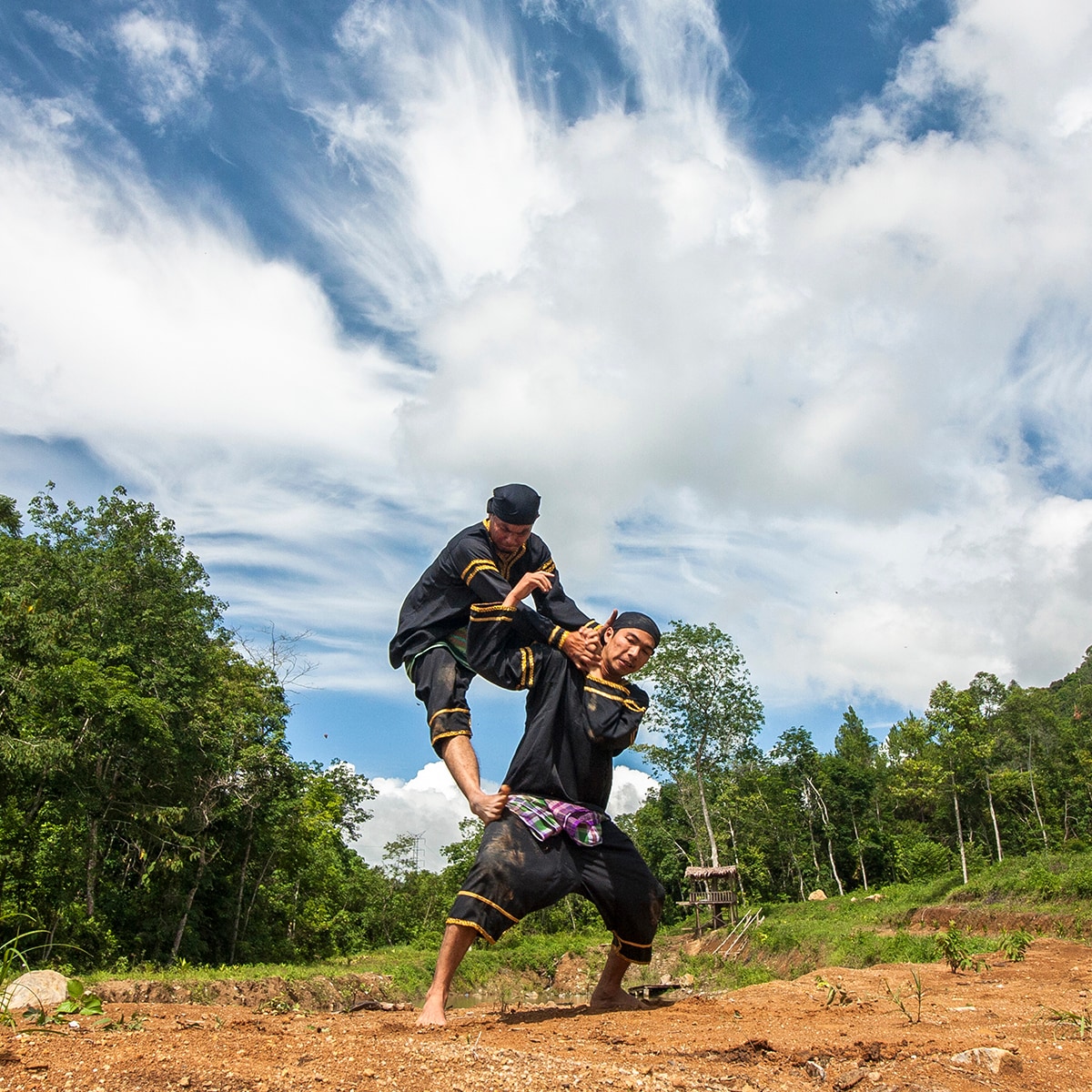 5 Traditional Indonesian Sports You Should Experience 10 Refreshing Waterfalls for Your Summer Holiday around Java Island