Indonesia's legendary rock band Slank has personally invited you all to just cross the border on 22 September 2017 and be present at the Slank Cross Border Concert in Atambua, Belu Regency on Timor island in East Nusa Tenggara Province. Come and meet your idols for an unforgettable night of fantastic music and unbelievable performance. The Slank Cross border Concert will take place at the Simpang Lima Field, in the heart of the town of Atambua, starting at 18.00 hrs.local time, bringing the eternal theme of 'Peace, Love, Unity, and Respect', With over a million fanatic fans across the Indonesian islands and in neigboring countries, Slank is today still the unbeatable, most popular top rock band of Indonesia. Founded in 1983, the band's current line-up consists of Ivanka (Bass), Abdee (Guitar), Ridho (Guitar), and the two unwavering founding members Kaka (Vocal), and Bimbim (Drum). Their first three albums were awarded by BASF Indonesia as The Best Selling Albums on BASF tapes and the fourth album Generasi Biru went multi-platinum, with several songs making it into Indonesia's top charts. In 2005, Slank was also named as first MTV Indonesia's icon.

Head of the Office of Tourism of the Belu Regency, Johanes Andes Prihatin is confident that the show will attract thousands of fans from Atambua and Belu as well as hundreds more tourists from neighboring Timor Leste. Johanes welcomes brothers and sisters of Timor Leste to just cross the border to Indonesia and enjoy this spectacular concert with all its magical lights and sound systems. "We invite you to cross the border. Come to Indonesian Timor. We have carefully prepared the venue for you to enjoy the concert in great comfort. Our border is widely open, and more gates will ease your arrival. Your safety and security are definitely guaranteed. So, brothers and sisters do come over, bring along your family and friends, because Atambua is truly a great place to visit" said Johanes Andes Prihatin. 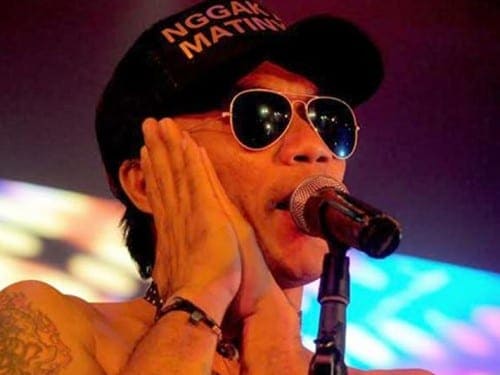 Previously, on 28th August 2017, Atambua also successfully held a cross border concert featuring other big names in Indonesia's rock scene, namely: Cokelat and Jamrud. The show was attended by thousands of spectators joining local swith visitors from across the borders from Timor Leste. At the time, Jackline Rossy, vocalist of Cokelat said that she was completely overwhelmed by the huge response from the crowd, particularly those from Timor Leste." I do have some East Nusa Tenggara blood running through my veins and have always wanted to appear here in Atambua. I'm so glad that I finally did it" said Jackline after the concert. Adding that music is a universal language that is easily understood by all and has a strong magnet, pulling all people together from so many different backgrounds. Speaking along the same tone, Minister of Tourism, Arief Yahya agreed and repeatedly mentioned that music is a universal language that has strong pulling power. "To attract large crowds, you will need a universal language, and music is definitely one of the best communication media" said the Minister. He added that a cross- border events like this one, can bring significant benefits to the region. "The arrival of over 25,000 international tourists at each event will definitely also bring a positive impact to the local economy. Businesses will be interested in investing in tourism facilities at cross-border areas. 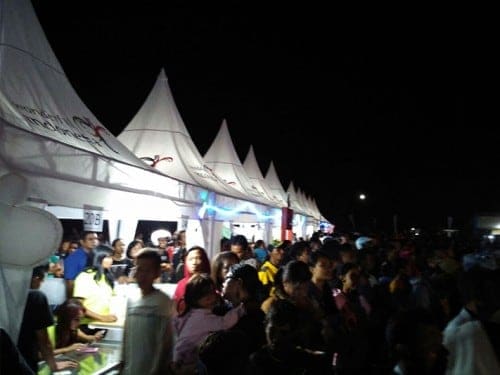 The Minister also projected that in not too distant future, more access roads and facilities will be opened at cross border areas, which will be followed by transportation and cargo businesses. "Border areas will no longer be remote, out-of-reach areas, instead they will be at the very frontline acting as the front yard of the country" said Minister Arief Yahya.

3. ENDE: SOEKARNO’s Exile: Birthplace of PANCASILA, The 5 Pillars of INDONESIA