10 Betawi Uniqueness That You Can Find in Setu Babakan

Betawi is a very rich and unique culture. Foreign influences are also visible in this culture, such as Portuguese and Chinese influences on their music and dances. And if you want to see all of those beauties while you’re in Jakarta, you can find it easily in Setu Babakan. 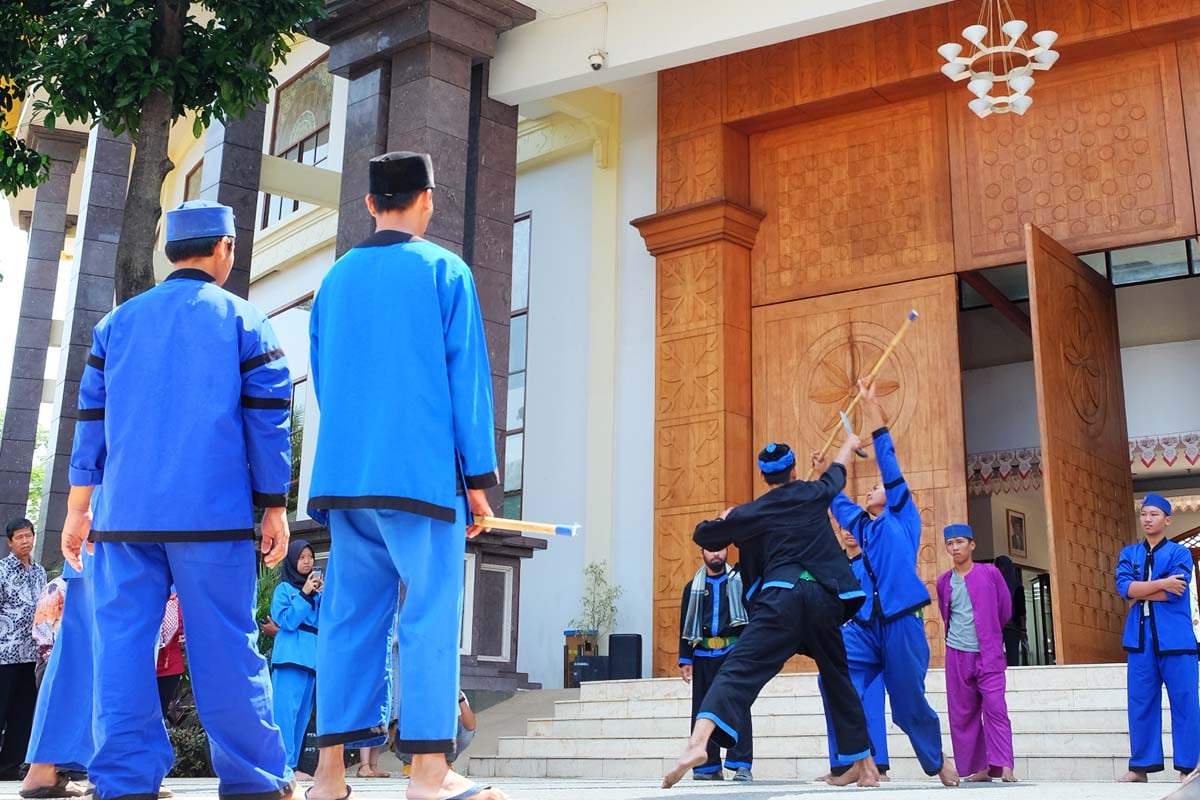 Palang Pintu is a Betawi ritual that is held to respect the bride’s family on the wedding day. It is a ritual to test how strong the groom-to-be is in a martial art, especially Pencak Silat. The groom-to-be has to perform a martial art technique to ensure the bride’s family that he is capable of protecting his wife and his future family. The groom-to-be is also expected to have a good capability in reading and reciting the Koran to prove that he can be a religious leader in the Family. 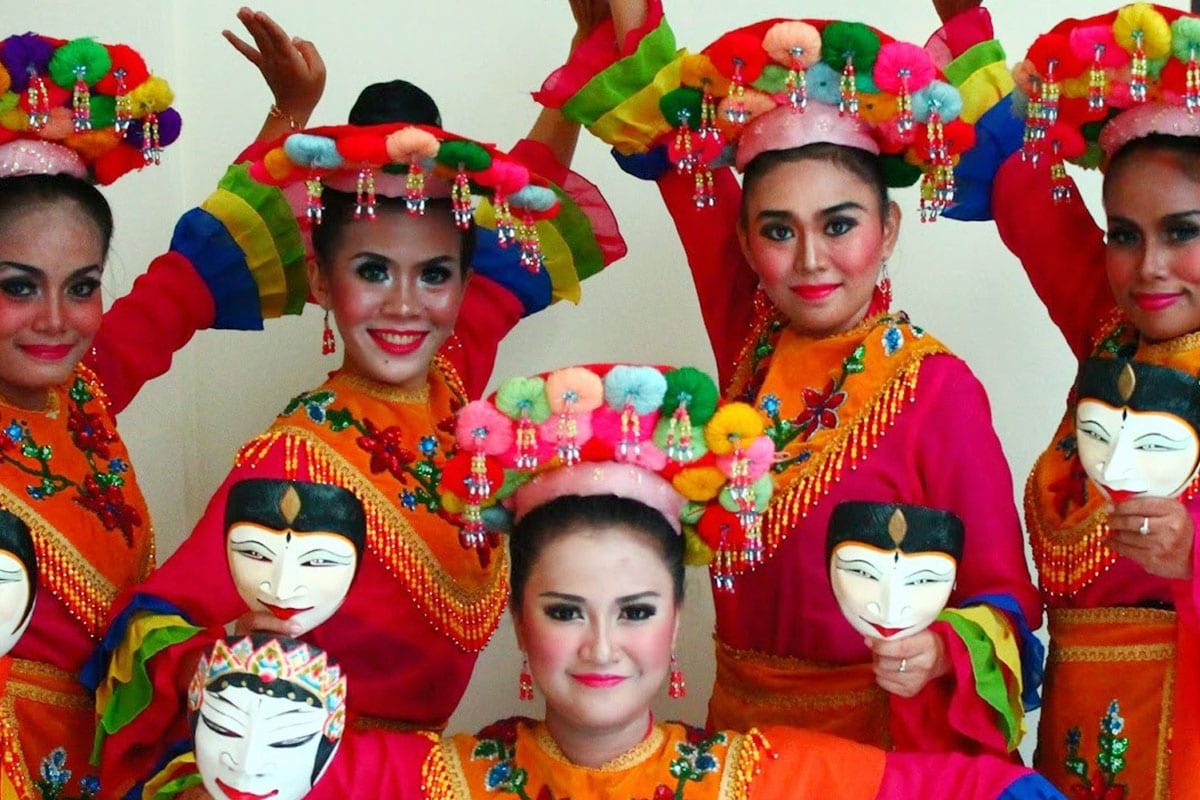 These 4 traditional dances of Jakarta are parts of the Betawi culture. For Yapong dance or tari Yapong, it usually performed for the anniversary of the city of Jakarta. In Lenggang Nyai dance, they use Gambang Kromong music background and wearing a bright red costume and a headwear for their performance. It shows a little bit of Chinese influence in that art form. And so does the other dances. You will see the beauty of Betawi culture through those dances. 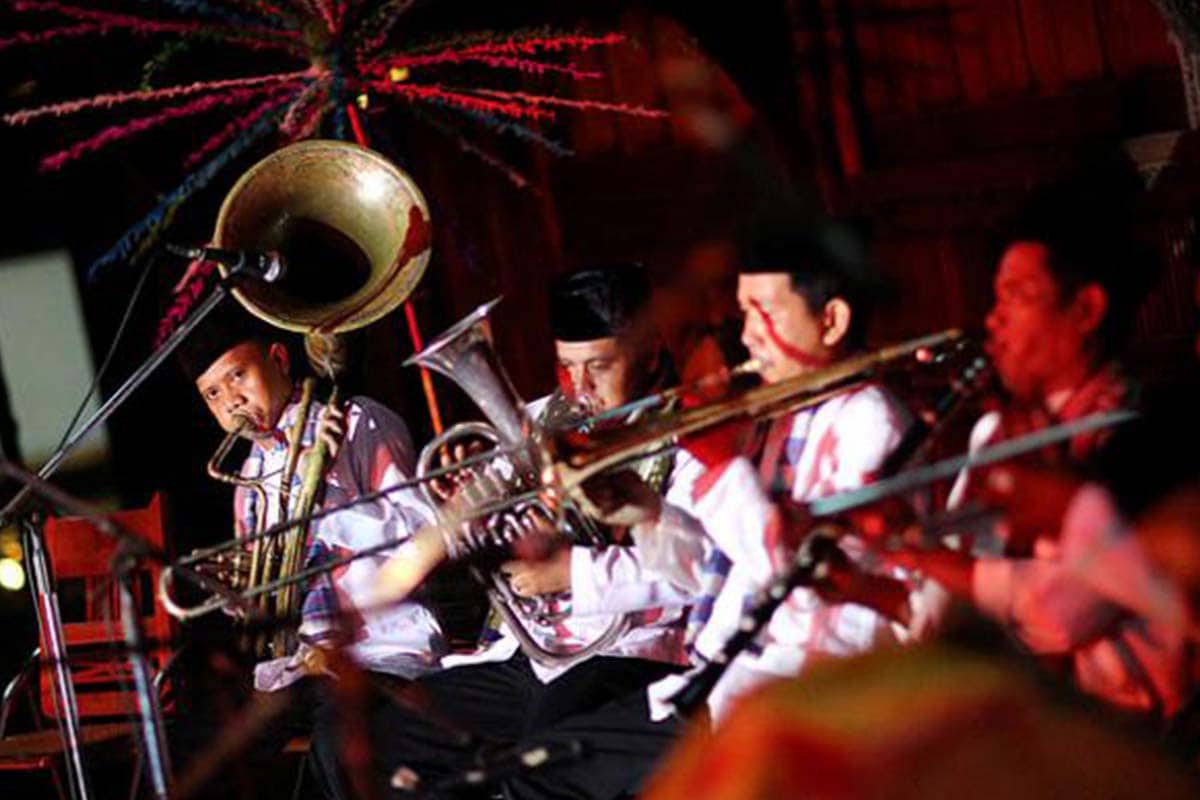 Tanjidor is a kind of Betawi orchestra, using Western musical instrument, especially the wind instruments. Marawis is a musical orchestra with percussion, mostly Rebana, Flat Board, and Hadir, as they main instrument. And Gambang Kromong is the original music of Betawi. In this one, they play Gamelan instrument mixed with Western and Chinese instrument too. But today, it is very rare to find people who can still play that kind of music. And if you want to hear and watch it, you can come to Setu Babakan! 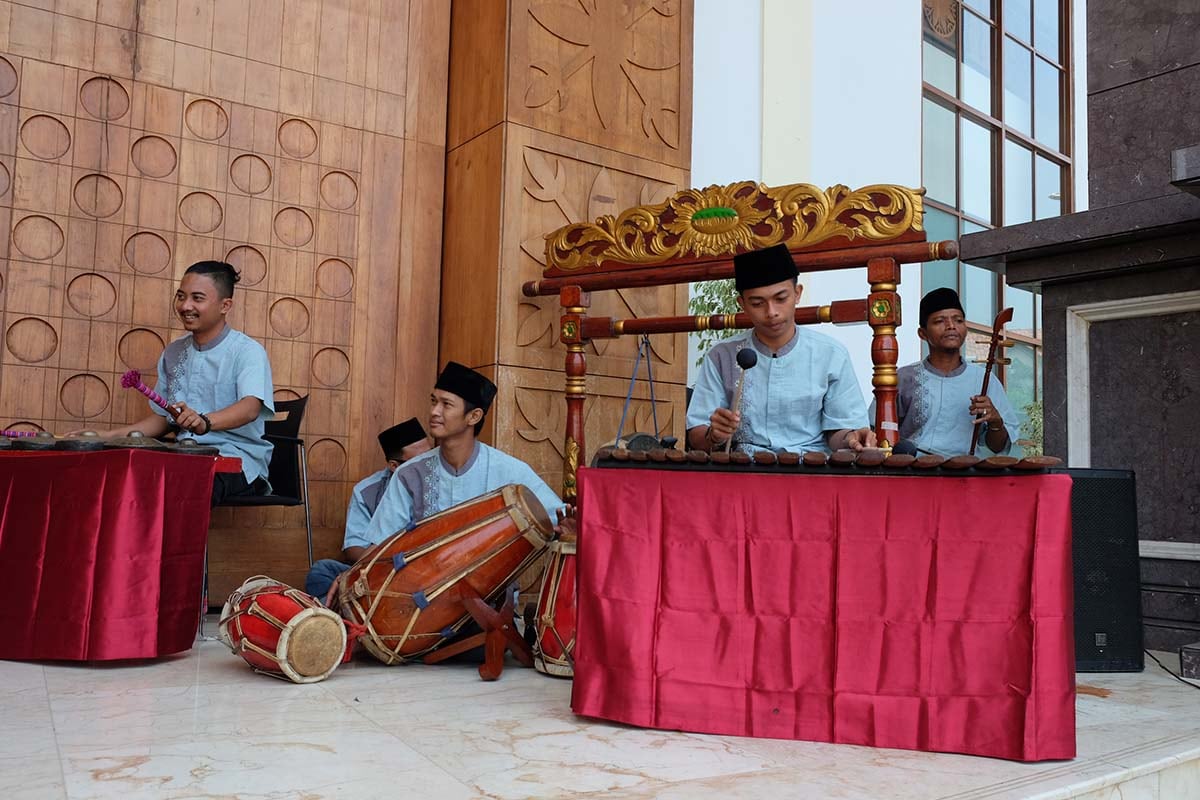 Ondel Ondel is a large puppet figure featured in Betawi folk performance of Jakarta. It is utilized for livening up festivals or for welcoming guests of honor, usually in pairs. And it is one of a few Indonesian folk performances that has survived modernization and is still being regularly performed. The musical accompaniment for Ondel Ondel performance varies with regions, occasions and groups of performances. And yes, it is the icon of Jakarta and Betawi culture! 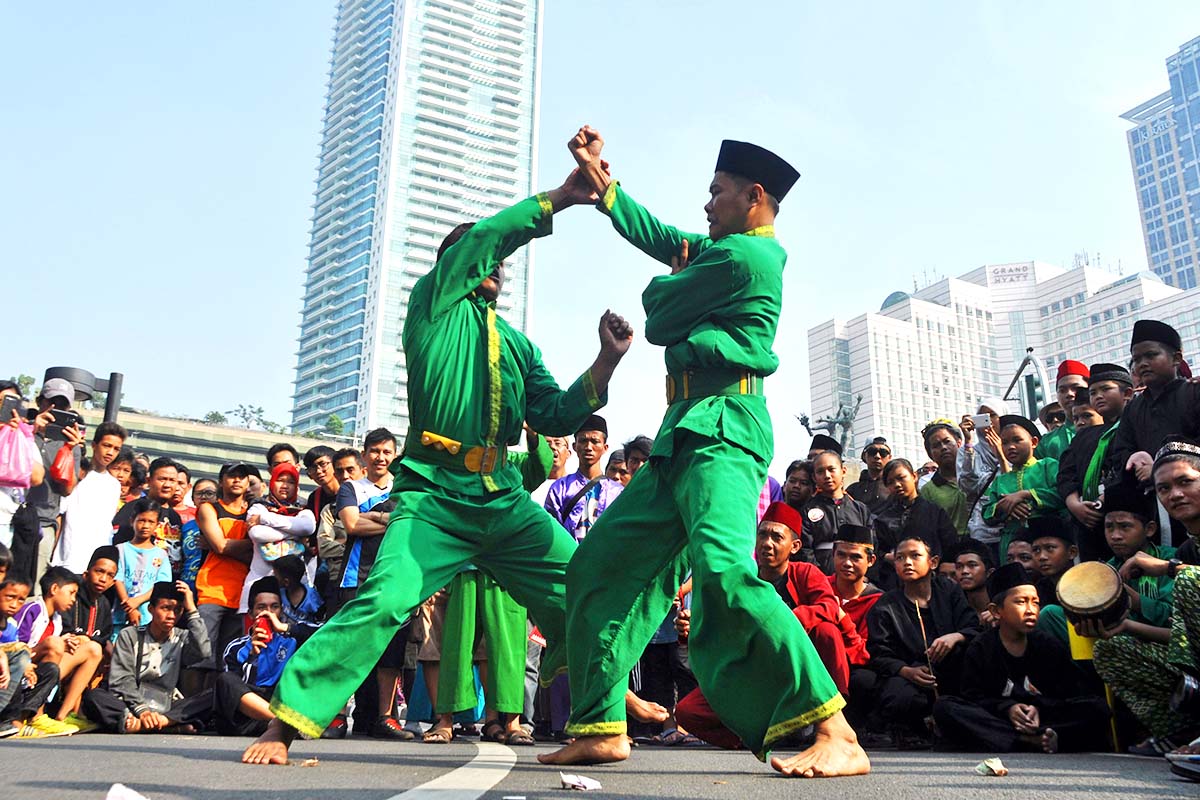 Silat Beksi combines both Chinese and Betawi cultures. Developed by Lie Cheng Oek, a man with Chinese heritage who used to live in Tangerang, Banten. The word ‘Beksi’ originally came from the Chinese language and means ‘four defenses’. It is a full-body fighting from incorporating strikes, grappling and throwing in addition to weaponry. This martial art was practiced not only for physical defenses but also for psychological ends. 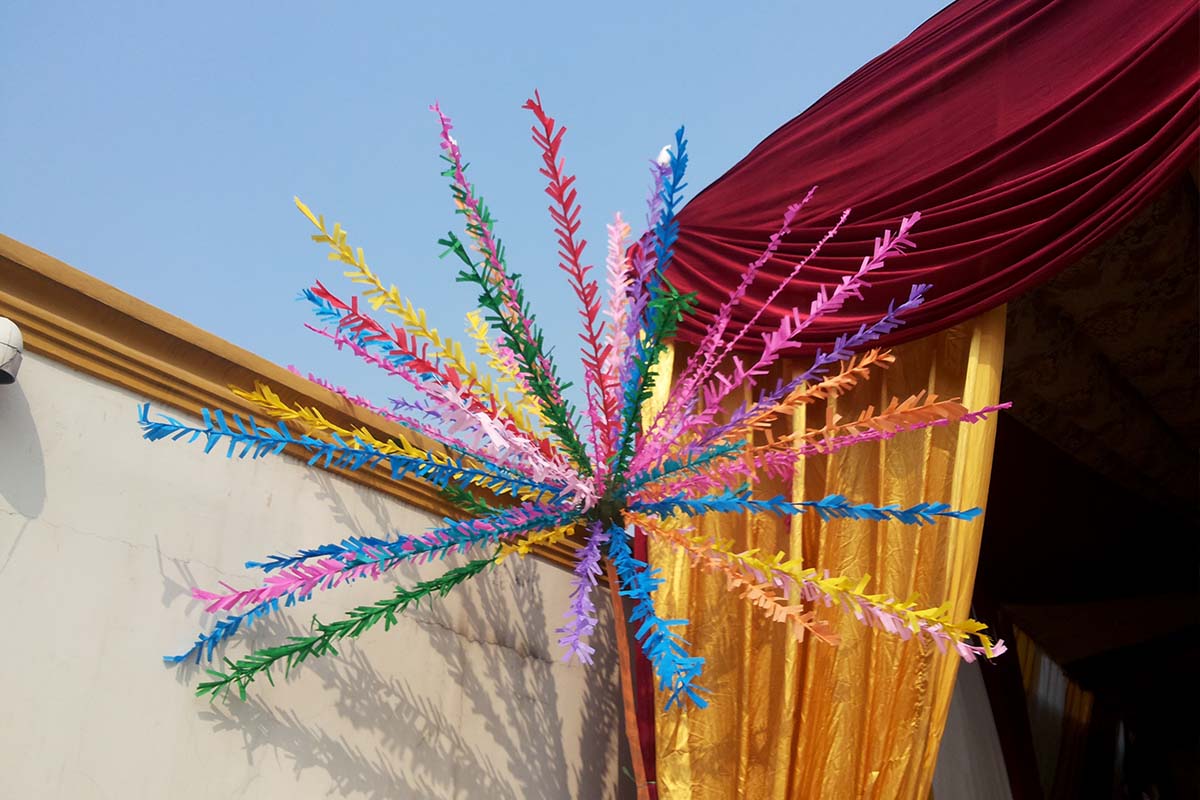 Kembang Kelapa, Batik Betawi and Rante Kuku are the tradional clothes, ornaments and accessories of Betawi people. Usually used in the formal events or ceremonial. But for Batik Betawi, they also wear it in their daily basis. While Kembang Kelapa is the ornament for interior decoration, and Rante Kuku is the accessory to make the outfit more proper and stylish. If you want to find them while in Jakarta, go to Setu Babakan and you will see a lot of those things. This place offers you the best traditional Palembang cuisine. Using fresh fish, you will taste toothsome in any food you order. The area is quite big and has a choice of outdoor and indoor seats. And while you are here, don’t forget to taste their Shrimp Pindang and Patin Fish Pindang, and then close it with the Srikaya dessert. People said that if you haven’t been here, it means that you have never tried the real Palembang taste. Fulfill your curiosity about Palembang cuisine in this restaurant! 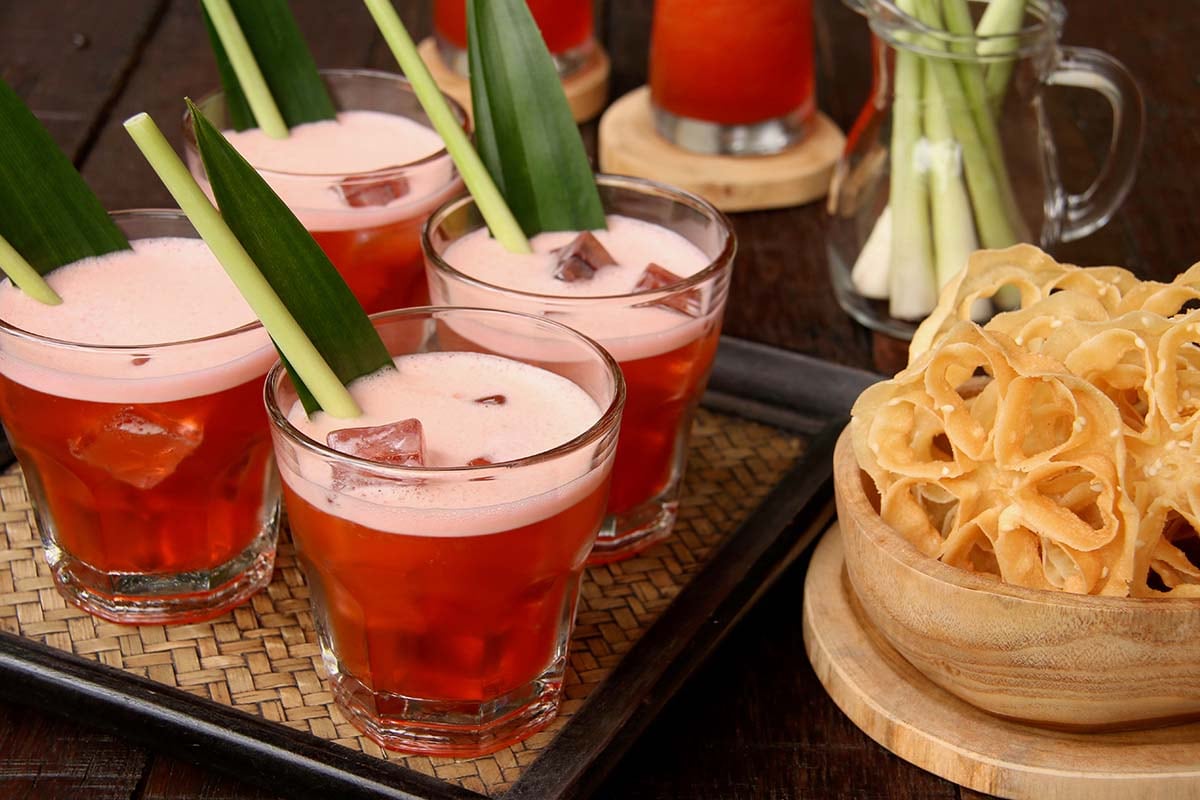 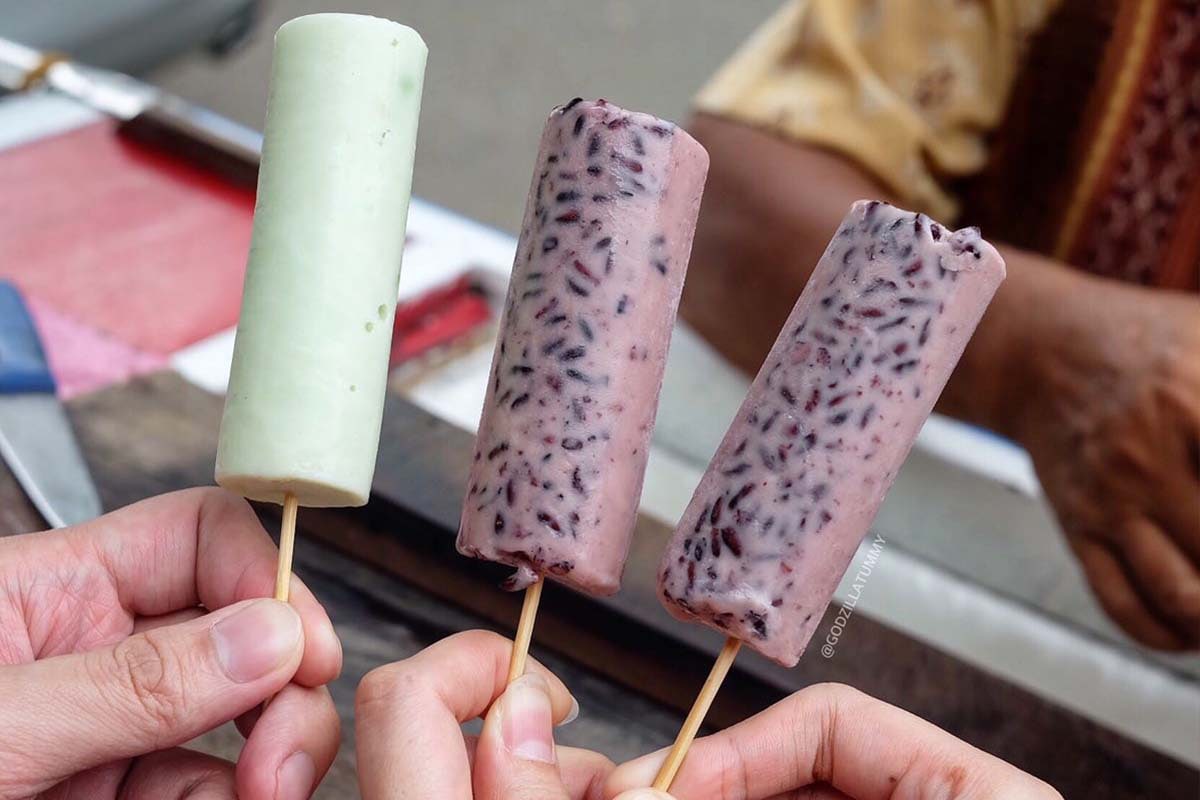 Bir Pletok is a traditional non-alcohol Betawi beverage that is made from ginger. Its purpose is to give warm to your body once you drink it. Es Selendang Mayang is made with Sago flour and Rice flour that has a cake shape and jelly texture, and served with coconut cream and ice. Es Potong is basically a traditional Betawi sticky pop ice cream that has variety of flavors, while Es Duren is a cold dessert that has the flavor of Durian. And you can try all of those delicious Betawi beverages in Setu Babakan! 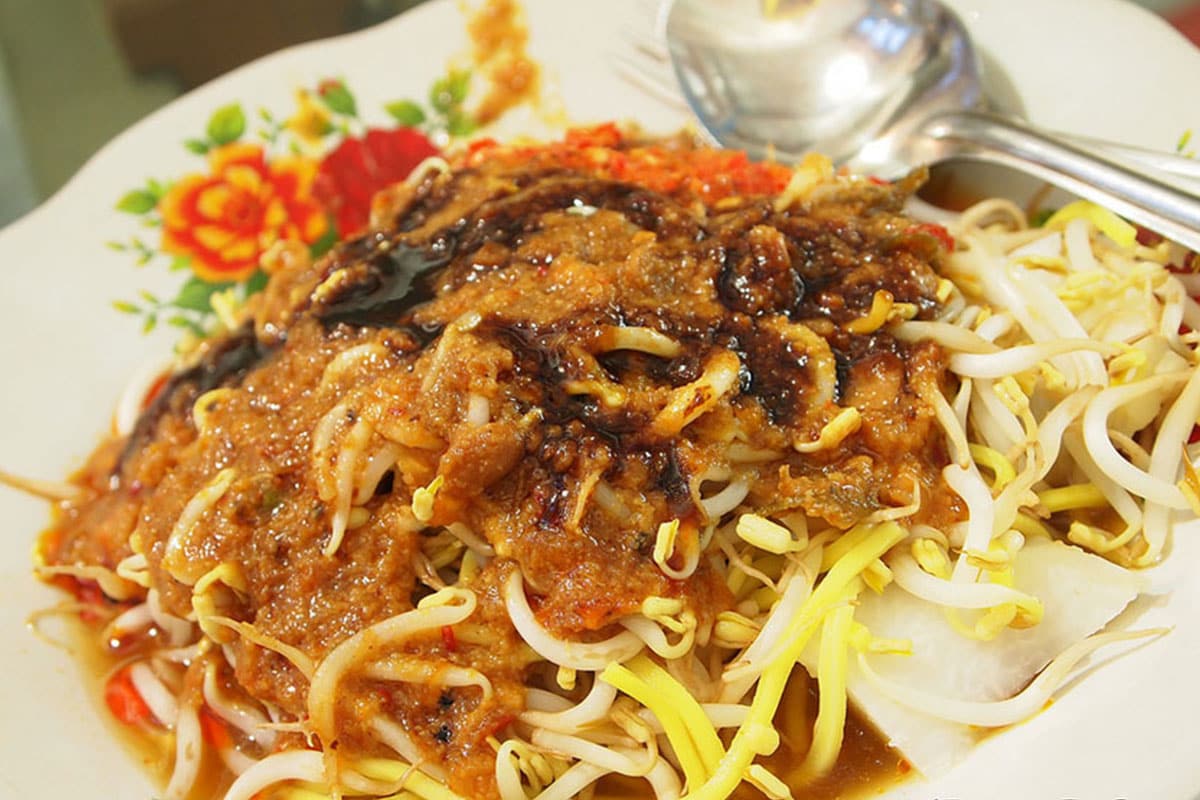 Kerak Telor is made of duck egg that mixed with roast coconut and a little bit of shrimp sprinkled on the top of sticky rice and roasted on the pan without any grease. Toge Goreng or sauté beansprouts is boiled tofu and beansprouts then poured with soy sauce and tomato, and then you sauté all of them with herbs and spices. Arum Manis is a sugar based Betawi snacks, and Rujak Bebek is a processed fruit, which we punch it until its texture is soft with a sweet and spicy taste. 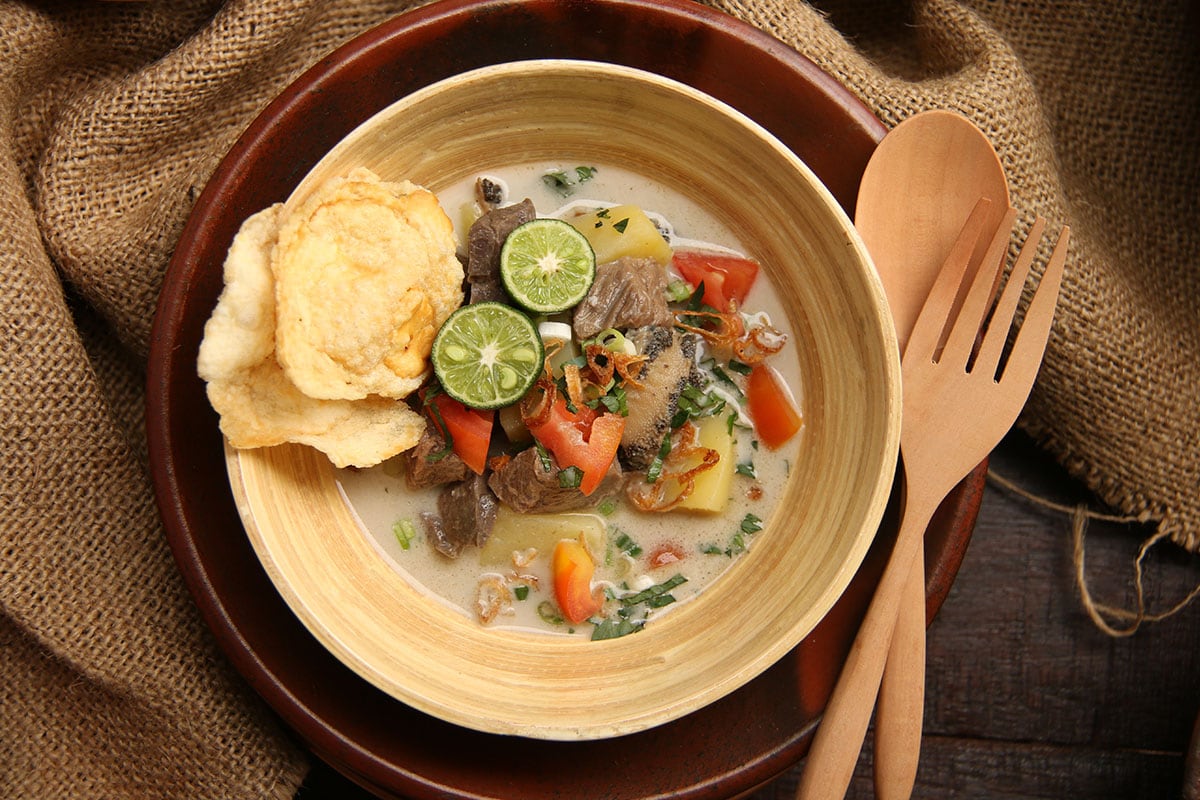 Established since 2014, this restaurant is located in Jalan Jaksa Agung Ilir, Bukit Kecil, Palembang. With an open-room and a very cozy atmosphere, you will feel so comfortable when you dining here. This place too has always been so crowded ever since. It is better for you to make a reservation before you go here. And this one also offers you the very good combination of Padang and Palembang cuisine. So those are 10 Betawi uniqueness that you can find in Setu Babakan. You will find it very interesting that Betawi has so many heritages in culture, arts and foods and beverages. And once you see it, you will definitely love it and appreciate it even more! So come down to Setu Babakan and pamper yourself there. 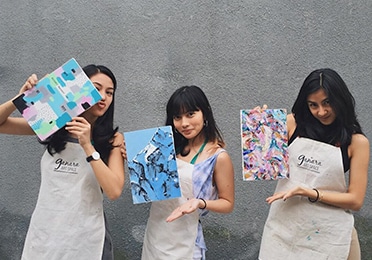 11 New Skills to Learn While You Are Staying in Jakarta!