Trip of Wonders 2017: Unveiling the intriguing Wonders of Indonesia

Introducing and further boosting promotion on the abundant wonders available across the Indonesian Archipelago, the Ministry of Tourism has been organizing the Trip of Wonders 2017 held since 13th July to 11th September 2017. Inviting avid travelers and travel influencers from around the world, the trips are intended to give first hand experience of a journey to many destinations in Indonesia where each attraction possesses its own unique diverse splendors which the influencers may then share with their followers and fans through their blogs or on social media. Divided into themes of Indonesia’s Five Wonders (Natural Wonders, Cultural Wonders, Sensory Wonders, Modern Wonders, and Adventurous Wonders) the trip will take participants (divided into two batches) to some of the most enchanting destinations across the country, comprising two batches in each Wonder. On 13th July to 23rd July, the first batch in the Natural Wonders Trip will travel to the habitat of Orangutans in the Tanjung Puting National Park in Central Kalimantan, then proceed to Labuan Bajo and the lair of the legendary Komodo Dragons in the Komodo National Park, and on to the beautiful island of Lombok. Meanwhile the 2ndbatch will be travelling to the beguiling Mount Bromo in East Java, the fascinating Raja Ampat Islands in Papua, and the tourist paradise of Bali from 25th August to 6th September. The Natural Wonders Trip will involve 6 international travel influencer sin each batch who have over 200,000 followers, and had been endorsed by some huge international brands. 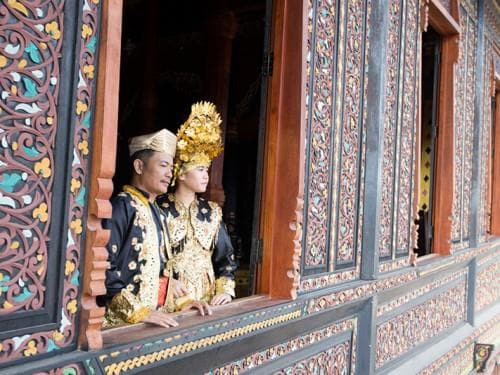 The first batch of the Cultural Wonders trip will leave on 25th July to 4th August to Medan, capital city of North Sumatra Province; Central Java’s cultural cities of Solo and Semarang; the highlands of Toraja in South Sulawesi; and the island of Bali. Whereas, from 25th August to 3rd September,the 2nd batch will visit the capital city of Jakarta, then on to the Javanese Cultural heartland of Yogyakarta, Toraja Highlands, and Bali. 8 international travel influencers who have the passion for culture with over 75,000 followers in each group will take part in this trip. 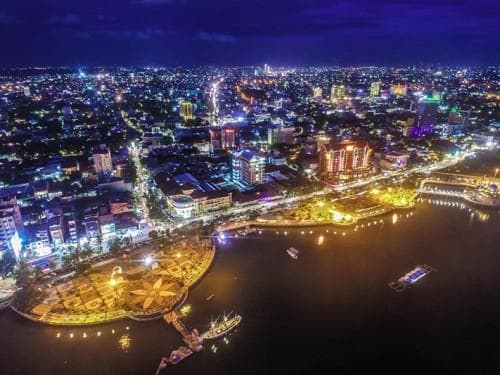 While those taking the Adventurous Wonders Trip will explore the beauty of Alor Islands in East Nusa Tenggara, dive to the underwater splendors around Komodo National Park, and plunge into the wonders of Raja Ampat from 25th August to 5th September. 10 international travel influencer shaving expressed their diving preference will be joining this trip. These influencers must have a diving certificate and exceed the requirements of 75,000 instagram followers, 150,000 blog visitors per month, 50,000 on Facebook fanpage, and 20,000 on YouTube. Combining the Modern and Sensory Wonders themes (which also includes culinary and shopping), the first batch will leave on 27th July to 7th August and visit the capital city of Jakarta; West Sumatra Province’s capital of Padang; Yogyakarta; and Bali Island. While, the 2nd batch will explore the marvels of Bandung, the capital city of West Java Province; Makassar, the capital city of South Sulawesi Province; the trio cities of Joglosemar (Yogyakarta, Solo, and Semarang), and Bali.Each batch will consist of 8 international travel influencers that specialize in culinary aspects and lifestyle and have more than 75,000 followers in one of their social media accounts. Straddling the equator, between the continents of Asia and Australia, an emerald chain between the Pacific and the Indian Oceans, Indonesia is as wide as the distance between San Francisco to New York, equaling the length between London and Moscow. Indonesia has a total population of more than 215 million people originating from more than 200 ethnic groups. The country is blessed with the most diverse destinations, warm and welcoming people, rich, diverse cultures and scenic natural landscapes. The experience varies from divine tropical beaches, mesmerizing underwater paradise, heartwarming local traditions, inspiring art performances, exquisite cuisine and handicrafts, to majestic mountainous landscape The Trip of Wonders is expected to give better knowledge and lasting impressions of Wonderful Indonesia, as a harmonious multicultural country with numerous ethnic groups, religions, customs, traditions, as well as an abundance of natural attractions. The journey will not only provide unforgettable memories of harmony in diversity, but their experience here will also broaden the awareness of Indonesia to potential foreign tourists around the world who are looking for outstanding new destinations to visit. Undoubtedly through active and appealing social media exposure to be wrapped around this trip, as well as the strong positive articles and images sent by participants on their journey, Wonderful Indonesia will be placed on the map as one of the world’s top must-visit destinations around the globe.

2. Trip Of Wonders Wins Award in Indonesia Brand Campaign Of The Year 2017

3. A Story of Tyler Cave on Trip of Wonders

4. Exploring the Wide Varieties of Indonesia on a Trip of Wonders

5. Travel Photography in Indonesia: A trip through a wonderful land