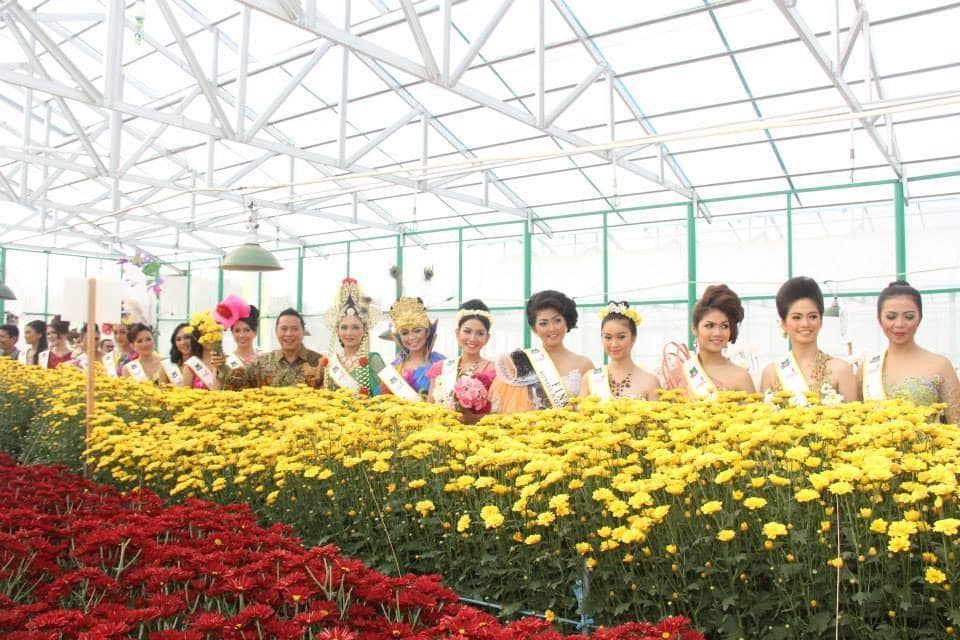 From 8-12 August 2016 the mountain town of Tomohon near Manado, capital city of North Sulawesi, will come alive with the annual Tomohon International Flower Festival 2016.  Already 23 participants from foreign countries, Indonesian provinces and the private sector have confirmed their participation with more anticipated, so that the festival is expected to draw between 150,000 to 200,000 spectators, said Deputy Mayor of Tomohon, Syerly Sompotan, at the pre-launch event in Jakarta last Sunday, 29 May.

The Tomohon International Flower Festival 2016 will be highlighted with the Tournament of Flowers decorated floats Parade, The Flower Queen Beauty Pageant, Flowers and Horticulture Exhibition, and also various Art and Cultural Performances.

To promote the Tomohon International Flower Festival to the crowds in Jakarta, a team specially flown in from Manado held a colorful cultural parade along Jakarta’s main avenue from the iconic Hotel Indonesia roundabout, along Jalan Thamrin to the Sapta Pesona Building of the Ministry of Tourism where the official confirmation of the event was held.  Present at the ceremony were Director General for Promotion, Mrs. Esti Reko Astuti, Governor of North Sulawesi, Olly Dondokambey, with Deputy Governor Sten Kandow and Tomohon Mayor Jimmy Eman.

Tomohon is a picturesque, cool town at the foot of two mountains, situated only one hour’s drive from Manado.  Its main produce is flowers, from chrysanthemums to dahlias, lilies and other colorful flowers that are planted not only in large plots but also in gardens along the main road. When in bloom they decorate the entire town.

Tomohon is also the province’s center for religious Christian and Catholic learning. It has a special place called Bukit Kasih or a beautiful and serene Sanctuary for prayers and devotion. Nearby, at the town of Woloan, is the wellknown center for knockdown houses where one can order  sturdy wooden houses to be sent anywhere in the world.

Do note down the Tomohon Flower Festival in your Calendar as a must see event.