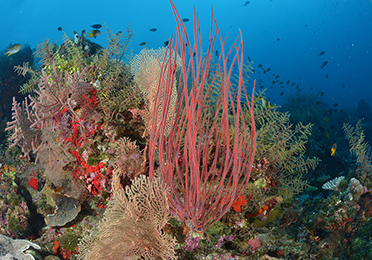 The recent devastating earthquake and tsunami that devastated Palu, Donggala, and Sigi in Central Sulawesi and several regencies in West Sulawesi which direly affected its inhabitants, have turned the eyes of the world to this region. With deep sympathy for the suffering of other human beings, many world leaders and renowned worldwide public figures to small children in many countries have given their support, joining hands to provide aid for those in great need.

The latest expression of support was shown at the Stadion Pac de Princes in Paris, France, home base of renowned football club Paris Saint Germain (PSG). Banners saying “Stay Strong Indonesia” and its Indonesian version “Tetap Kuat Indonesia” were displayed at LED features around the stadium, both on the balcony as well as around the field sides when Paris’ renowned football club was host to a match against Olympique Lyon on Sunday, 7th October 2018.

During this match, the team which is filled with world’s football superstars such as Kylian Mbape, Neymar Jr, EdinsonCanvani, and Gianluigi Buffon expressed their deepest sympathy and support for those so painfully suffering from the earthquake and tsunami in Central Sulawesi, as well as the earlier quake on the island of Lombok and other regions stricken by natural disasters. Which translates to: “Paris Saint-Germain send our support  to Indonesia at the #PSGOL match, where several regions in the country were struck by earthquakes and tsunami. Our thoughts and prayers are with you. Stay Strong Indonesia!” To date, the post received over 7,000 likes and has been retweeted over 8,000 times. Meaning: “Juventus prays for the safety of all the people of Donggala, Palu, and nearby regions affected by the earthquake that happened today”.