West Sumatra is iconic for its amazing natural wonders, its looming mountains, deep canyons, green ricefields, interspersed with large houses whose roofs are shaped like buffalo horns; it maintains its lasting traditions and recently it is loved for its yummy food, in particular its award-winning Rendang.

But aside from these, the province has only now revealed its new secret destination which is fast gaining popularity: The Mandeh Islands, in the southwest of the province facing the Indian Ocean, located not too far from its capital city Padang. 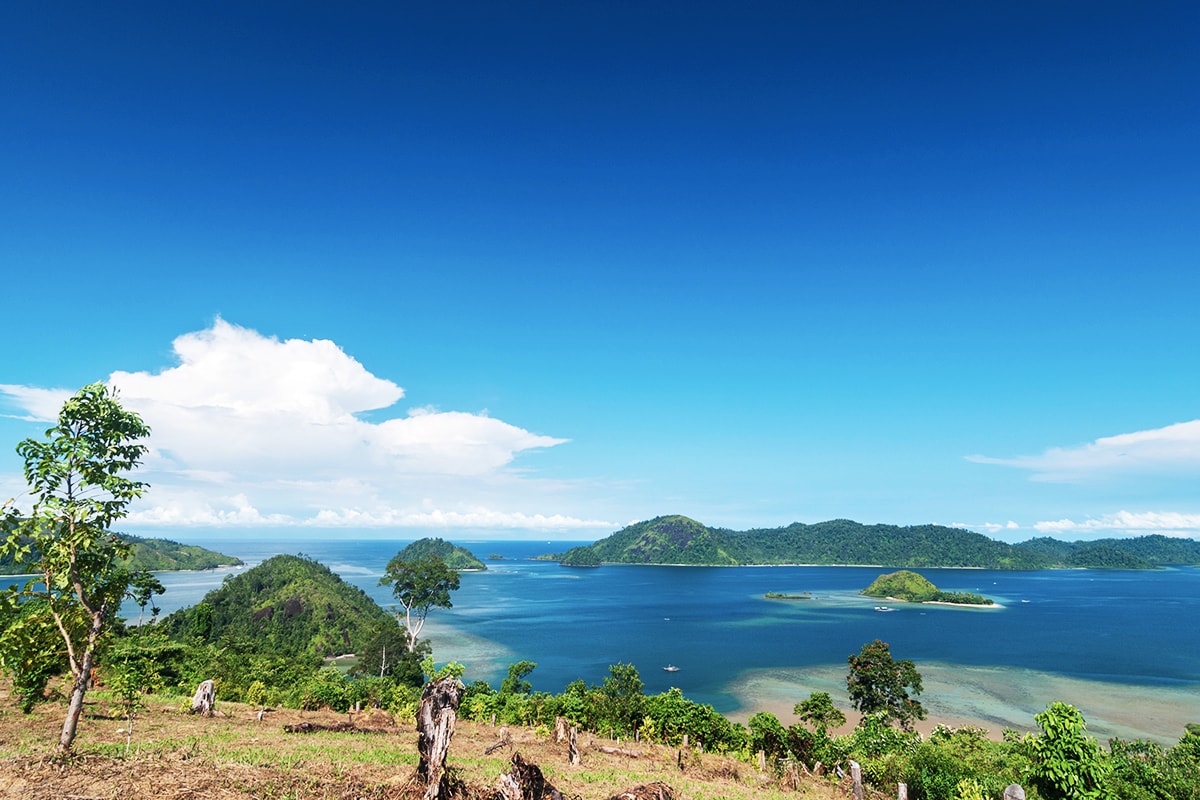 There is also public transport, but this will require you to take several different kinds in a single trip to Mandeh. First, take a minibus to Pasar Raya Padang, then hop on a Travel van towards Pasar Tarusan and finally ride the Bentor or Becak Motor to Carocok Terusan Harbour to take a boat to Mandeh Islands.

Cubadak Paradiso Village is the only resort on Mandeh. Established in 1992 by Gianluiggi (Nanni) Casalegno, it is located at the south eastern tip of Cubadak Island. Cubadak is about 15 minutes away from Mandeh Harbour. The 12 bungalows face east. Its comfortable setting will greet and pamper you to enjoy this pristine ambiance. Try the suite over the water for an unforgettable tropical- island memory.