On February 16th, 2018, the year of the rooster will turn to the year of the dog, and many exciting festivities of the Chinese New Year, known here as 'Imlek', will commence until it reaches the last day on the 15th day or Cap Go Meh. As always, this is when the usually quiet city of Singkawang in West Kalimantan will come alive with various thrilling attractions. The upcoming Cap Go Meh celebration will last from February 15th to March 2nd, and is set to feature 100 Tatungs from Malaysia. But what is Tatung? Tatung is the Chinese word for a person who is possessed by the spirits of their ancestors. During the rituals, participants will enter a state of trance and perform spine-chilling stunts such as piercing steel wires or nails into their cheeks, tongues, and other parts of the body stepping into a sharp steel sword or even bending sharp sword with their abdomen, while miraculously remaining totally unscathed. These Tatungs will perform their "supernatural prowess" to thousands of crowds along the streets of Singkawang. 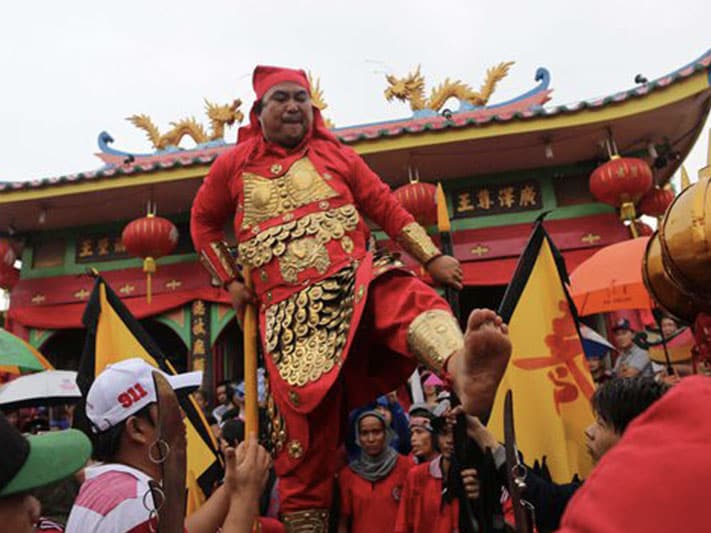 "The Tatung participants come from Singkawang and other surrounding areas. This year, we will also be joined by 100 Tatung performers from neighboring country of Malaysia. This year's celebration will definitely be special," said the secretary of the Organizing Committee of the Imlek and Cap Go Meh Festival 2018 in Singkawang, Alfian. The spine-chilling stunts of Tatung rituals have always been the main highlight of Cap Go Meh celebration in Singkawang. The ritual is meant to ward off evil spirits, and cleanse the town and temples from evil and bad luck. Watching this ritual is definitely not for the squeamish and children may need parental advisory. 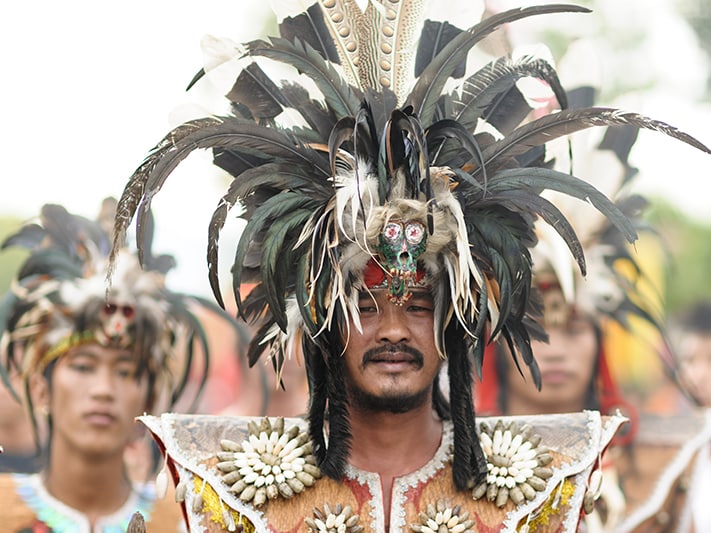 In 2013, the total participants of the Tatung ritual reach 777 people and created a new record in the Indonesian Museum of Records (MURI). This year, the city is planning to break that record. According to Alfian, registration for the festival is currently ongoing starting from January, 15. As of February, 9, as many as 234 participants have registered for the event. This year, the ritual will also feature children Tatungs. Unlike the adults, they will not perform any stunts. Aside from their pain-defying abilities, what makes Tatung interesting to watch is their eye-catching costumes. They wear various sparkling colors and unique designs resembling Chinese gods, knights, and warriors, or even unique ones such as the Monkey King Sun Wukong. The Tatung ritual is more than just a stunt show. It also showcases cultural harmony among ethnic groups in West Kalimantan. Tatung participants from the indigenous Dayak tribe will also perform the ritual with their traditional costume.

Here is the complete schedule of Cap Go Meh Festival 2018 in Singkawang: