Get your running gear ready, and head down to the wondrous city of Yogyakarta! The world-class running event called MandiriJogja Marathon 2017 will be staged here on 23rd April 2017 with Start and Finish line at the awesome Prambanan Temple Complex. Combining fierce competition, challenging tracks, and spellbinding attractions around Yogyakarta, the race will take competing runners past quaint traditional villages and a number of fascinating landmarks besides the Prambanan Temple Complex, Such as the Plaosan Temple, Taruna Monument, and other heritage sites. A total cash prize of IDR783 billion await the winners of the Jogja Marathon 2017. Over 6, 000 athletes and running enthusiasts from all over Indonesia and abroad will participate in this special running competition. The race will be divided into four categories: the Full marathon (42.2 Kilometers), Half Mararthon (2.1 Kilometers), 10K (10 Kilometrs), and 5K (5 Kilometers). There will also be a special Mandiri Community Challenge that will race 5 running communities in Indonesia in the full marathon and half marathon categories. 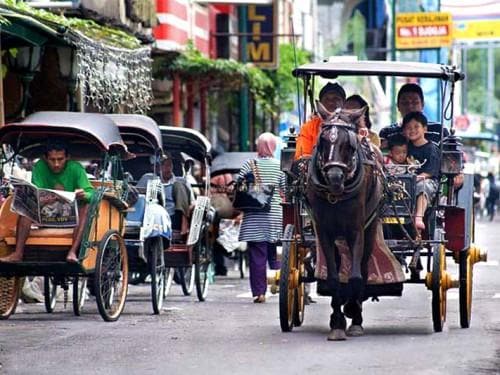 "Enthusiasm for the event is at an all time high. In the first 3 weeks alone we already received 6,000 registrations from the initial target of 5,000. Participants are from Indonesia as well as other countries including Malaysia, China, Thailand and several European countries" said Head of the Tourism Office of Yogyakarta Province, Aris Riyanta.

Aris Riyanta also believes that the sport-tourism event that is taking place at magnificent heritage sites will attract both domestic and international tourist arrivals to Yogya by 20% to 30% in the month of April , added Aris Riyanta.

Jogja Marathon 2017 adds to the large number of sport-tourism events held across the Indonesian Archipelago over the year. These include the Jakarta Marathon, Tour de Singkarak, Tour de Bintan, and many many more, that are rapidly gaining popularity from international participants.