The royal city of Solo in Central Java will come alive with grand festivities when the annual fiesta of the Solo Batik Carnival turns the spotlight on the city, - officially known as Surakarta -  on 14th to 15th July 2017. Entering its 10th edition this year, the event carries the theme“Astamurti Kawijayan”meaning “The Glory of Javanese Culture” which is a compilation of all previous themes. Turning major streets of Solo into a massive ‘batik’ catwalk, the carnival will bring the spectacular fashion fiesta from the Sriwedari Stadium all the way to Solo’s Fort Vastenburg. Celebrating a decade of existence, there will be six revived sub-themes from previous editions, namely: Wayang (Leather Puppet Art), Topeng (Masks), Sekar Jagat (Enchanting Beauty), Legenda (Legends),Mustika Jawa Dwipa (The Precious Treasures of Java), and Jatayu (Mythical Beings). Meanwhile, the main theme of Astamurti Kawijayan or The Glory of Javanese Culture will be interpreted through the presence of grand, majestic, and exquisite presentations of Javanese culture. “The streets along the route of the carnival will be closed and transformed into a massive catwalk for models showcasing a wide range of fantastic fashion creations based on the traditional art of Batik. Radiating the special Javanese ambience, the carnival will be accompanied by distinct Javanese traditional gamelan  music. Truly, a perfect combination!” said Head of the Office of Tourism of Solo, Eny Tyasni Suzana.

As special feature of the 10th edition, this year the carnival will present something brand new. Aside from merely showcasing fashion in a parade, participants of this year’s carnival will illustrate special picked out scenes from the Wayang  (leather puppet) stories (mostly from the sagas of  the Ramayana or Mahabharata). “For example, those portraying the Anoman Obong (the burning of Hanuman) scene from the story of Ramayana will wear costumes with elements of fire and the white monkey (Hanuman)” explained spokesperson for the Solo Batik Carnival Foundation, Ira Oktarini. 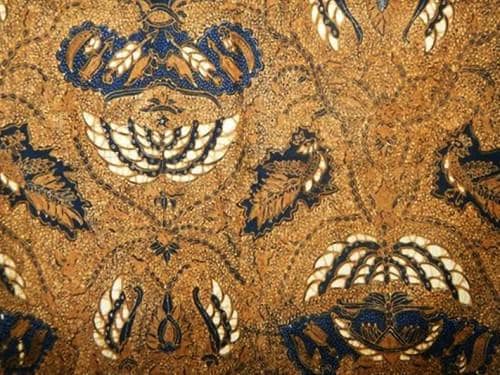 This year, the carnival will involve no less than 200 performers from Solo. As special addition, this year the fashion fiesta also collaborates with the equally renowned Jember Fashion Carnival in East Java and the Caruban Carnival from Cirebon City in West Java.

Meanwhile, Indonesia’s Minister of Tourism, Arief Yahya commented that the Solo Batik Carnival 2017 is an example of a perfect culture-based  and man-made attraction, since aside from further promoting Solo as a destination it also boosts the batik fashion industry of the city. He added that the ministry continues to conduct roadshows to various international airlines to add direct flights to Solo. “I have also asked the Tourism Minister of Thailand, Kobkarn Wattanavrangkul, so that we are given slot times in Bangkok, and he had agreed” added Minister Arief Yahya. As a tradition that has flourished for many generations, the art of Batik is inseparable from Javanese culture. Symbolizing grace and precision in its creation, the intricate fabric of Batik itself is the epitome of Javanese elegance, harmony, balance and philosophy.And as the seat of Javanese culture and tradition, the city of Solo possesses some of the best examples of Batik Keraton or Royal Batik, an artistic tradition that has been passed down from ancient Javanese kingdoms. Its proximity to Yogyakarta and world heritage sites such as the Borobudur and Prambanan Temples has made Solo the perfect location to celebrate the everlasting Javanese creative tradition of Batik.