Get your fishing gear ready!

Indonesia’s biggest international game fishing tournament is about to take place from 25th to 29th October 2017. Applying the standards set by the International Game Fish Association (IGFA) and The Billfish Foundation (TBF), the Widi International Fishing Tournament 2017 invites sport fishing enthusiasts from all over the globe to the fish-rich Widi Islands in South Halmahera Regency, North Maluku Province. In this inaugural edition, the tournament will count no less than 350 participants from many countries including Singapore, USA, UK, New Zealand, Malaysia, Indonesia, Timor Leste, Switzerland, India, France, and more. The tournament will also be highlighted with exciting programs that include an art and cultural festival, culinary bazaar, coastal music festival, fish and seafood cooking competition, maritime fleet parade, East Indonesia Maritime Expo, Maritime Seminar, and a whole lot more. Confirming its importance and magnitude, the fishing tournament will be officially opened by the President of Indonesia,  Joko Widodo himself and First lady Iriana Joko Widodo. 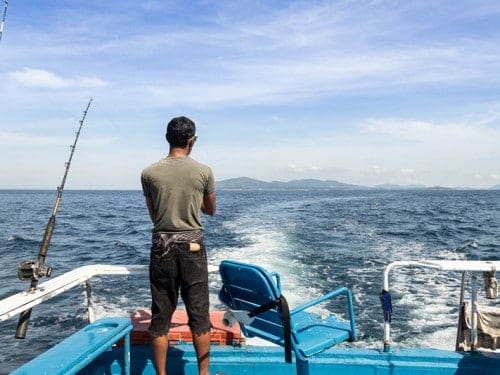 Carrying the theme: “North Moluccas as a World Fishing Destination” the Opening Ceremony will be centered at the pier of Babang Village in East Bacan Sub-District, South Halmahera Regency. Meanwhile, the fishing tournament will take place at the seas off Widi Islands about 75 nautical miles from the pier. The tournament will be held from morning to afternoon, and participants will be provided with tents on the many islands for their accommodation. The sport anglers will be competing for the rotating Presidential Trophy and a total cash prize of IDR 400 million. Governor of North Maluku Province, Abdul Ghani Kasuba explained that Widi’s abundance in fish, beautiful beaches, exotic islands, and magnificent coral reefs are among the many features that make the province a perfect fishing destination. “One area that boasts an abundance of fish and truly captivating sceneries are the Widi Islands on the eastern tip of south Halmahera” added the governor. Comprising of around 99 small islands with beautiful white sandy beaches, Widi is often juxtaposed with other tourist attractions in the world and is often referred to as the "Maldives" of Indonesia. To visit Widi Islands from Jakarta or other major cities in Indonesia, take a flight to Ternate, then continue your journey using sea transport from here, or board a small plane to Labuha, the capital of South Halmahera Regency. At Labuha, there are speedboats that can take you to Widi Islands,  which takes a little over 30 minutes.

For more information and registration log on to : http://www.wift.events