Kiluan Bay is located in Kiluan Village in the District of Tanggamus in Lampung Province. This is the place where you can see the herds of wild dolphins diving freely beneath the crystal sea, coupled with sandy white beaches against a backdrop of a clear blue sky are key elements representing the unabridged of it's natural beauty.

Beaches around the bay are also nesting grounds for two species of sea turtle; the green sea turtle and the hawksbill turtle. Kiluan has two species of Dolphin, and they are much easier to spot due to their sheer number. Dolphins can be seen weaving their way between the waves just 20 minutes from the coast. A variety of boats can be chartered from the locals to take you out to sea, such as the bercadik-a small boat that carries a maximum of 3 guests plus 1 guide/boatman.

Sea Turtles can also be seen gliding beneath the surface of the water. As a nesting ground for turtles, depending on the time of year, visitors can observe the turtles climbing the beach at night to lay their eggs, or watch as the tiny hatchlings make the journey back to the ocean.

Famous for their tropical charm, most beaches in Lampung region have for now managed to retain their natural beauty. Soft white sands followed by sparkling turquoise waters, and though coral isn’t on the list of Kiluan’s delights, you will find that it’s underwater park is still abundant in marine life. Swimming and snorkeling can be done just off the shore, or simply relax on the beach, enjoying the fresh air and tranquil surroundings with friends and family.

Some of the roads are not in good condition, so it is advisable to hire a large car for the trip. Roads may flood during the rainy season, so visitors should take note to travel during the dry season between April and September. Despite the roads’ inadequate condition, the calming sights of rolling hills and stretches of green paddy fields will help take your mind off the bumpy road. 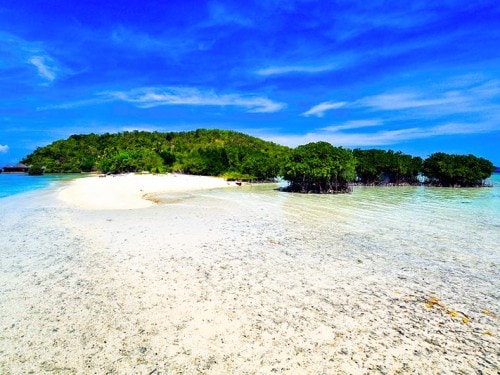