With rapidly increasing numbers of both domestic and international tourists visiting Lombok and the Gili Islands, and similarly to Labuan Bajo in Flores and the Komodo National Park, both local governments and the tourism industry are now also seriously tackling the problem of garbage disposal both on beaches and at sea. Moreso, since these destinations have been picked by Indonesia as special destinations to be visited by IMF-World Bank delegates for their pre- and post- Conference tours after their deliberations in Bali in October 2018. Besides Bali, Indonesia has selected five other priority destinations for IMF-World Bank delegates visits, these are: Jakarta, Lombok and the Gili Islands, Lake Toba, Komodo-Labuan Bajo and Toraja.

An expected 15-18,000 delegates will participate in the Conference, when other international tourists are estimated to also arrive in Bali numbering between 14,000 to 15,0000 persons per day, who will also visit these two destinations. For this purpose all preparations including cleaning up of beaches and plastics at sea must receive special attention, notably from the Regional Governments and the tourism industry, Tourism Minister Arief Yahya stressed. 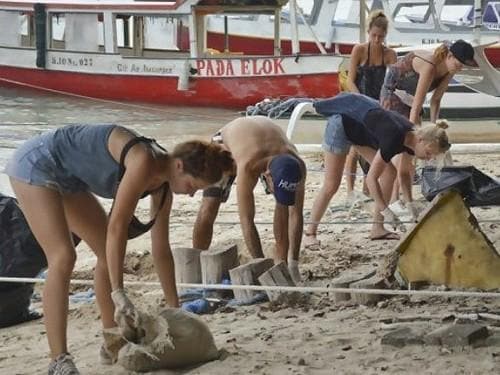 In response, North Lombok Regent, Najmul Akhyar, explained that the local government has already set aside 23 acres of land at Gili Air and Gili Meno and 50 acres at Gili Trawangan for landfills. But the necessary licenses are still in process to use these as landfills. Additionally, one remaining problem is still the access road through the Sambik Bangkol village at the Gangga sub-regency. Meanwhile, more public toilets will also be built in the village of Malimbu and on Gili Air, Gili Meno and Gili Trawangan, said the Regent.

At the same time, on the island of Flores, the town of Labuan Bajo, the jumping off point to the Komodo National Park and now a destination in its own right, is also set to clean up its harbor front and the sea between the town and the Komodo islands.
Garbage, and in particular plastic garbage that pollute the seas and kill sea life is today being fought against by the whole world, said Tourism Minister Arief Yahya, during a coordinating meeting in Labuan Bajo on the subject last 5th June. Shana Fatina, Person in Charge of the Team for the Acceleration of Labuan Bajo at the Tourism Ministry later reported that the meeting discussed the acceleration of cleaning up of garbage in the destination, including the need for additional funds for the Regional Government to take actions.

At the moment, Shana said, the town of Labuan Bajo itself produces 600 kg per day of trash while tourists produce 6kg daily. At sea, the major problem is that many ships throw their garbage into the sea which is then carried by the winds and tides to the town’s harbor, beaches and the National Park. 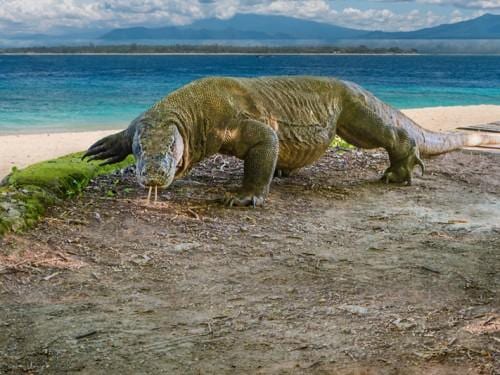 "Unfortunately, there are as yet no regulations that prohibit cargo ships from throwing trash into the sea, for which we need the attention of the Directorate General of Sea Communications" Shana said. "While on land, another problem faced are the lack oftrucks to carry garbage from the 3 nearby islands to the ultimate landfill and garbage disposal. For now, we expect local communities to clean their islands themselves and carry their garbage to the port. "We hope that this trash may then be carried from the port to the final landfill by the Ministry of the Environment and Forestry, added Shana.

"The most pressing solution we need now is transportation from local areas to the final landfill. The Regency of West Manggarai has set aside a 5 hectares area for landfill, but this still needs the support of the Ministry of Public Works and Public Housing especially to build access roads and infrastructure. For this purpose, funds have apparently been allocated, but for fiscal year 2018. They are, however, allocated for the purchase of a roll on ship and water processing in the National Park. The Team, therefore, requests that this allocation be shifted to the procurement of garbage ships which are very urgently needed.

One piece of good news is that, Minister for the Environment and Forestry, Mrs. Siti Nurbaya, during her recent visit here has promised a garbage processing machine for Labuan Bajo, which now only awaits follow up actions", said Shana.

5. Explore the Natural Beauty of Gili Trawangan and the Gilis in Lombok