Home General Information The Ultimate Guide of Getting Around in Indonesia

Planning to transport yourself to the magical splendor of Wonderful Indonesia? Before you go, there some basic information about the nation’s modes of transportation. With a vast area and over 17.000 transportation is important not only the means to move from point to point, but also to encourage developments, distribution accessibility throughout the archipelago. Today, transportation and its infrastructure become the backbone towards progress of Indonesia’s effort to be acknowledged by the world’s eye. Come visit soon and explore further around Indonesia with one of these convenient transportation modes!

Water transportation is extremely important in a large archipelago such as Indonesia. Among hundreds of ports with various capacity and service, the four largest ports are Jakarta, Surabaya, Belawan and Ujung Pandang. Besides handling Indonesia’s export and import cargo traffic, it also serves domestic water transportation. There are several ferry services, offering water transportation between the main islands. PELNI offers a multi-port service, which means that their ferries stopped by several ports between the origin and destination port, while ASDP caters service or a round trip journey. ASDP Ferries carried passenger and vehicles between islands while only selected routes of PELNI carriers are designated for vehicles. You can also find more details of PELNI’s ferry schedule and ASDP’s ferry tickets before you plan your itinerary! Ferry in the Gilis, Image by Shutterstock

The Ferry services are always busy all year round, especially at peak travel time during weekends and national public holidays. From the capital of Jakarta in Java Island, you can ride these ferries from Merak Port to Bakauheni Port in the Sumatra island. If you want to go to Bali island via waterways, you can first head to Ketapang Port in Banyuwangi and enjoy around 45 minutes ride from to Gilimanuk Port in West Bali. You can also splurge in the opulence of with style a cruise trip to and from Wonderful Indonesia. Luxurious cruise ships have docked and embarked at these appointed Tanjung Priok in Jakarta, Tanjung Perak in Surabaya, Tanjung Benoa in Bali, Belawan in Medan and Makassar Sea Port in Makassar. A cool way to transport yourself into an unforgettable vacation is trying a experience on the Phinisi boat. Where you can embark on a luxurious voyage to venture while doing some island hopping and diving in between pristine islands like Komodo and Raja Ampat. Check here and see some more unique water transportation that you need to experience

The railways are operated by PT. Kereta Api Indonesia, with spanned across all provinces in Java, selected provinces in Sumatra, and are on its progress to be completed in Sulawesi to connect 23 train stations between Makassar and Parepare. 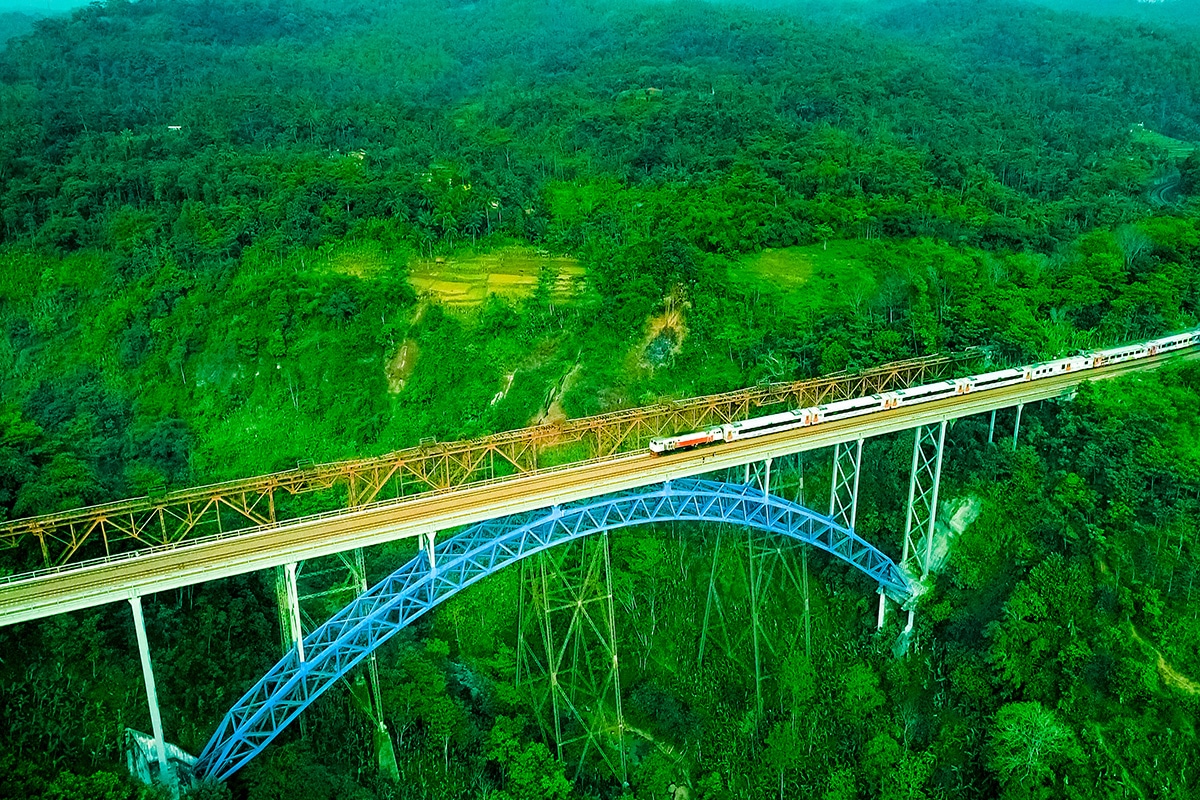 Commuter lines are being operated by PT Kereta Commuter Indonesia, and are available to transport you along Jabodetabek area. These electric trains are transportation for people to go to their workplace daily, so it is best to avoid rush hour for your sake of convenience. Before you go, be sure to check the KRL route and details. 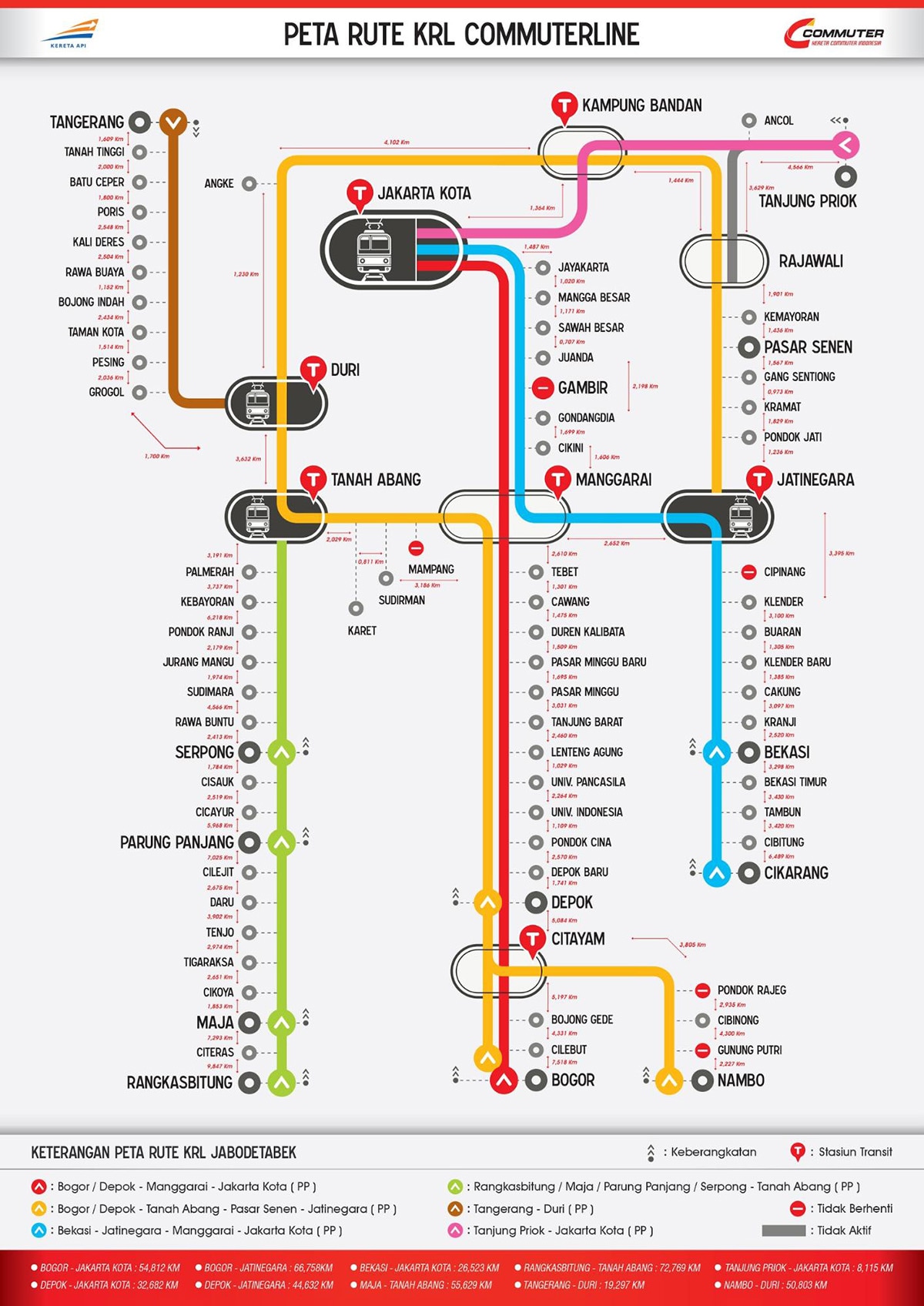 Jakarta’s first MRT service is already on trial run and getting so many excitements from the public. It will be open for full public use on 24 March 2019, which add the list of comfortable land transportation that you can surely enjoy while staying here. The Ratangga train planned to give its services to passengers hoping on along the full route between Lebak Bulus Station in South Jakarta to Kampung Bandan Station in North Jakarta-nearby Kota area, one of the busiest hub in the metropolitan There are currently 13 stations operating on Phase I and constructions are still being continued with 8 more stations on Phase II, to complete the total of 21 stations between Kampung Bandan and Lebak Bulus. Ratangga’s route will give you a new perspective of Jakarta’s skyline in 30 minutes ride from Bundaran HI to Lebak Bulus and take you through a journey along 6 subway stations before soothing over the scenic view over the metropolitan on 7 elevated stations. Aren’t you excited to take a ride? MRT simplified from map from  https://www.jakartamrt.co.id/peta-jalur-mrt/

Land transportation the trains comes in various sizes. From the agile motorcycle called to the free city-tour bus. In between the two are more land transportation such as becak, , taxis, , , , , and public buses. Taxis are aplenty in major cities and ready to serve you in public places such as airports, shopping malls hotels. There are also online taxis that you can order through a phone app. Beware of illegal taxis and always check for reputable companies before you hop any taxi. Request for a meter taxi to avoid any unfair fare before going anywhere. You can also rent a private car that comes with a driver for convenience to do a day tour. Public are available in large cities with a certain route on an affordable price. Feeder people to the Transjakarta Busway stop, a convenient public transportation service in Jakarta. You can also ride on the free Jakarta City Tour Bus services, available in selected themed routes such as historical tour, culinary tour shopping tour. Major islands like Java and Sumatra can also be accessed by public , with price ranging from economy to VIP class. Just keep in mind that these busses a longer travel time, so you will need to adjust your itinerary before taking these transport. 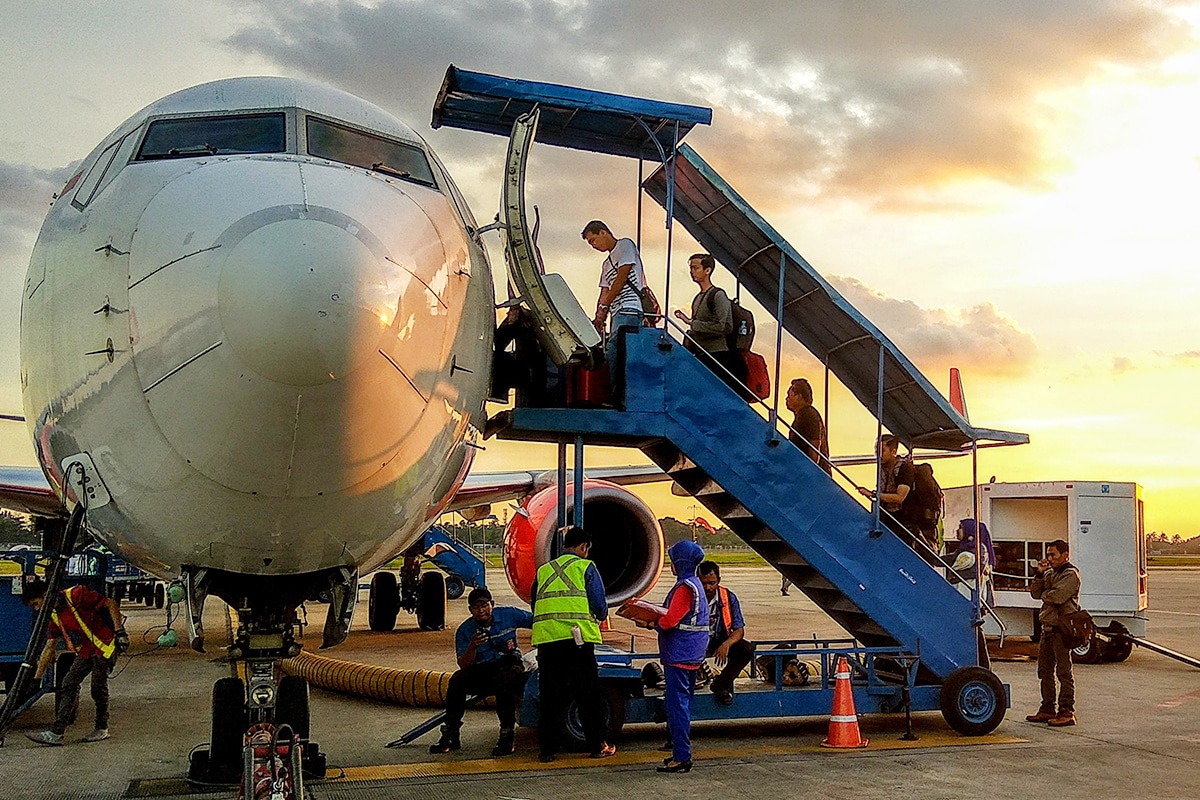 From any of these airports, you can also get connecting flights to reach the secondary cities and islands across the archipelago. Here are the list of some airlines with fleet that serving the route around Indonesia: Garuda Indonesia, Citilink, and Sriwijaya Air. You can browse on to their official websites to check for price update and schedules. In accordance the new paid-baggage regulation, please be sure to also check with your chosen airlines for the policy and adjust your luggage to avoid extra payments. There are still a few more air transportation that you can also use to explore Indonesia in style! We do hope you pack your adventure bag and visit us here soon!

Image of Header Banner by Shutterstock 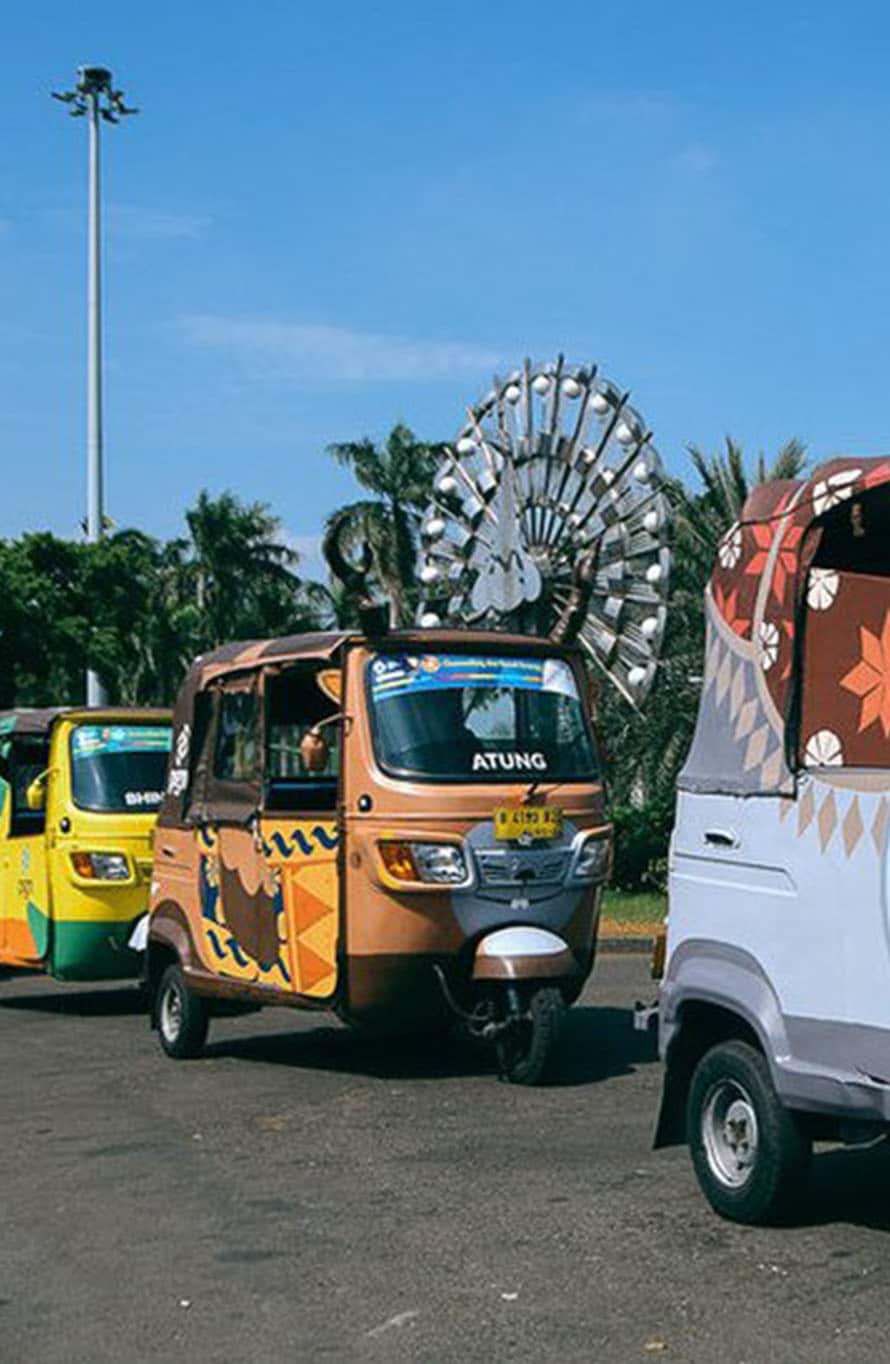