Following last year’s success, the Wakatobi Wonderful Festival and Expo or more familiarly known as the Wakatobi Wave will again turn the spotlight on the underwater paradise of the Wakatobi National Marine Park in Southeast Sulawesi.  To be held on 19th to 22nd October 2017, the event will be centered on Wangi-wangi Island, one of the larger islands in the Wakatobi cluster.  In fact, the name Wakatobi is taken from the first two letters from the hames of the four main islands: Wangi-wangi, Kaledupa, Tomia and Binongko. Wakatobi Wave will be the perfect occasion for you to explore the fascinating wonders of the islands where on land the islanders stage their traditional dances, music, and art performances as well as folk games, a carnival, traditional culinary fiesta, and a whole lot more. As special treat this year, the people have prepared a massive traditional ceremony called Kabuengan as well as a colossal dance performance. While in its clear aquamarine seas, highlighting Wakatobi’s marine splendors, there will be the Underwater Photography competition, a Triathlon, and a unique Pole climbing competition off shore. Pole Climbing, or Panjat Pinang as it is known in Bahasa Indonesia, is a very popular folk game usually held in connection with Indonesia’s Independence Day Celebrations where groups of 4-6 people try to climb greased areca palm poles to reach the prizes hung on the top. Climbing up the pole some distance from shore will certainly add to its challenges.  On a more serious note, the Wakatobi Wave 2017 will also feature a Seminar that addresses the issues concerning Marine Tourism. 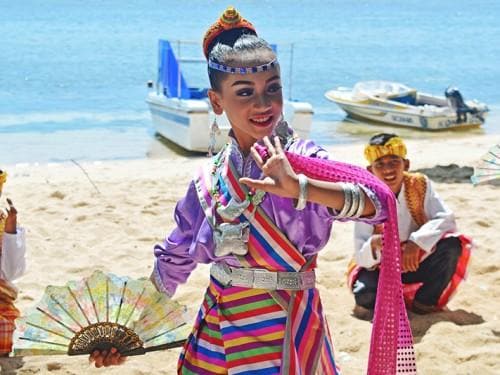 Presented by the Regency of Wakatobi and fully supported by the Ministry of Tourism, Wakatobi Wave 2017 is projected to attract no less than 3,000-4,000 of both domestic and international tourists. In view of its magnitude and significance in Indonesia as a maritime nation, the event is expected to be attended by none other than the President of the Republic Indonesia, Joko Widodo. 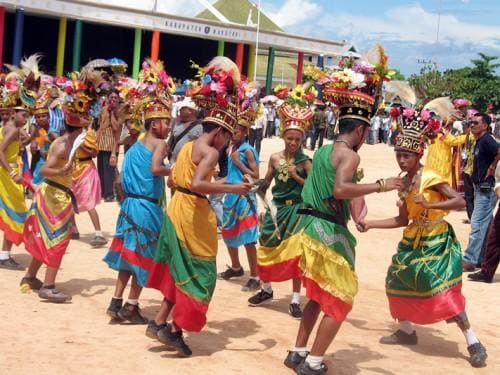 In honor of the President, one of the many magnificent dive spots in the islands is planned to be named and dedicated to President Joko Widodo.

“We are coordinating with all stakeholders in the area, especially dive operators who have initiated and prepared for the event. Further, we plan to involve the President of Indonesia to become our influencer and endorser in the promotion of Wakatobi, especially for its breathtaking Marine Tourism potentials. One way to achieve this is by dedicating a dive spot to the president” explained Nadir, Head of the Office of Tourism and Creative Economy of the Wakatobi Regency. Meanwhile, Deputy Minister for National Tourism Marketing, Esthy Reko Astuti commented that Wakatobi continues to spread her charms through the many events staged throughout the year. Every month, a tourism event is held to promote this excellent destination. “Wakatobi Wave forms the pinnacle of the Wakatobi festivities and forms part of the National Calendar of Events. In total, there are at least 16 events held here throughout the year with Wakatobi Wave being the pinnacle. We will definitely continue ou support in promoting this prime destination” said Esthy Reko Astuti. 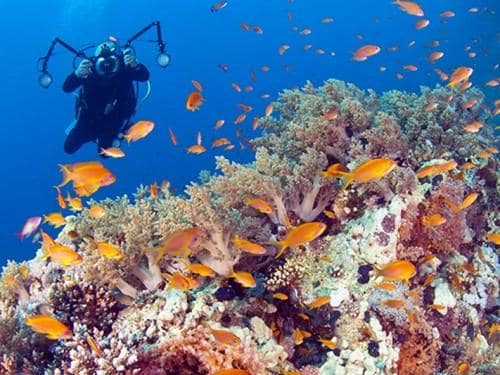 Wakatobi is widely recognized as having the highest number of corals and fish species in the world. The islands are also famous as the largest barrier reef in Indonesia, second only to the Great Barrier Reef in Australia. Here one can find fringing, atolls and barrier reefs and more than 50 spectacular dive sites that are all easily accessible from the major islands. Due to its magnificent underwater life, Wakatobi is fast gaining worldwide attention for its quality dives that can be undertaken by beginners besides professionals. Aside from its dive sites, Wakatobi has boasts many superb beaches. 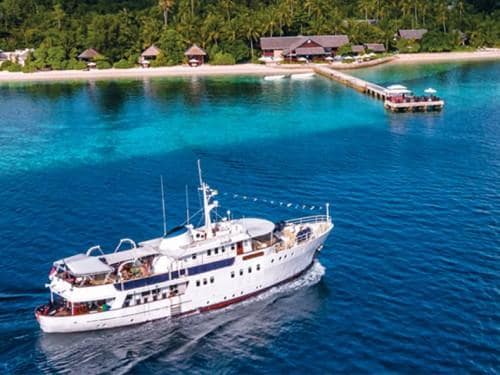 Since the opening of the Matohara Airport on Wangi-Wangi, these remote islands are now more accessible and can be reached by flights from Jakarta or Makassar. There is also another landing strip on Tomia Island, which receives charters from Bali.

3. Discovering an Underwater Paradise in Wakatobi

5. Wandering Through New Worlds of Wakatobi