Recently, Indonesia has just added its extensive collection of intangible cultural heritages. The Ministry of Education, Culture, Research, and Technology, officially designated nine cultural heritages from Bali as a part of the Indonesian Intangible Cultural Heritages. 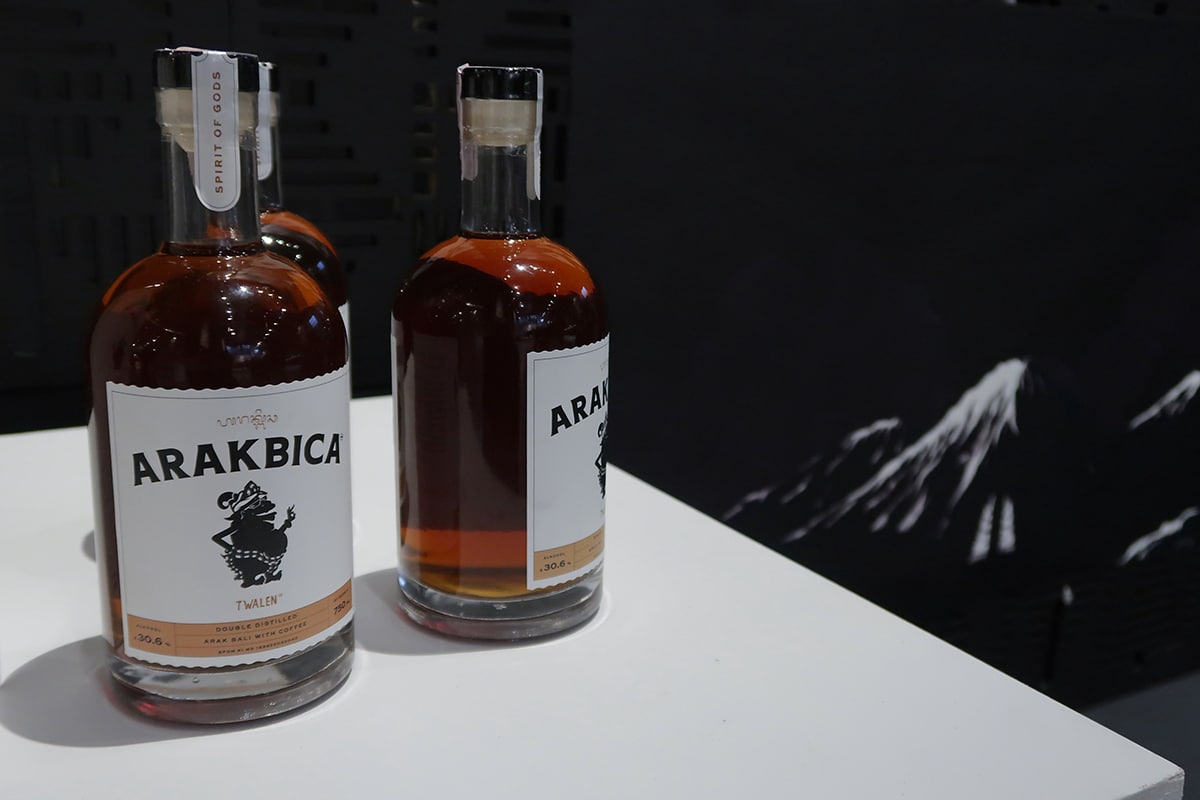 The first on the list is a Balinese traditional alcoholic beverage. Known as arak, this beverage is produced from fermenting the dew of palmyra palm (mostly known as lontar or siwalan in Indonesia), or coconut tree. Molasses from these trees are cooked over low heat from firewood and then stored in a large coconut trunk with a lid equipped with a distillation pipe. Other than having a unique taste and being able to provide warmth, arak also boasts some medicinal benefits. These benefits include alleviating flu and tropical sprue. 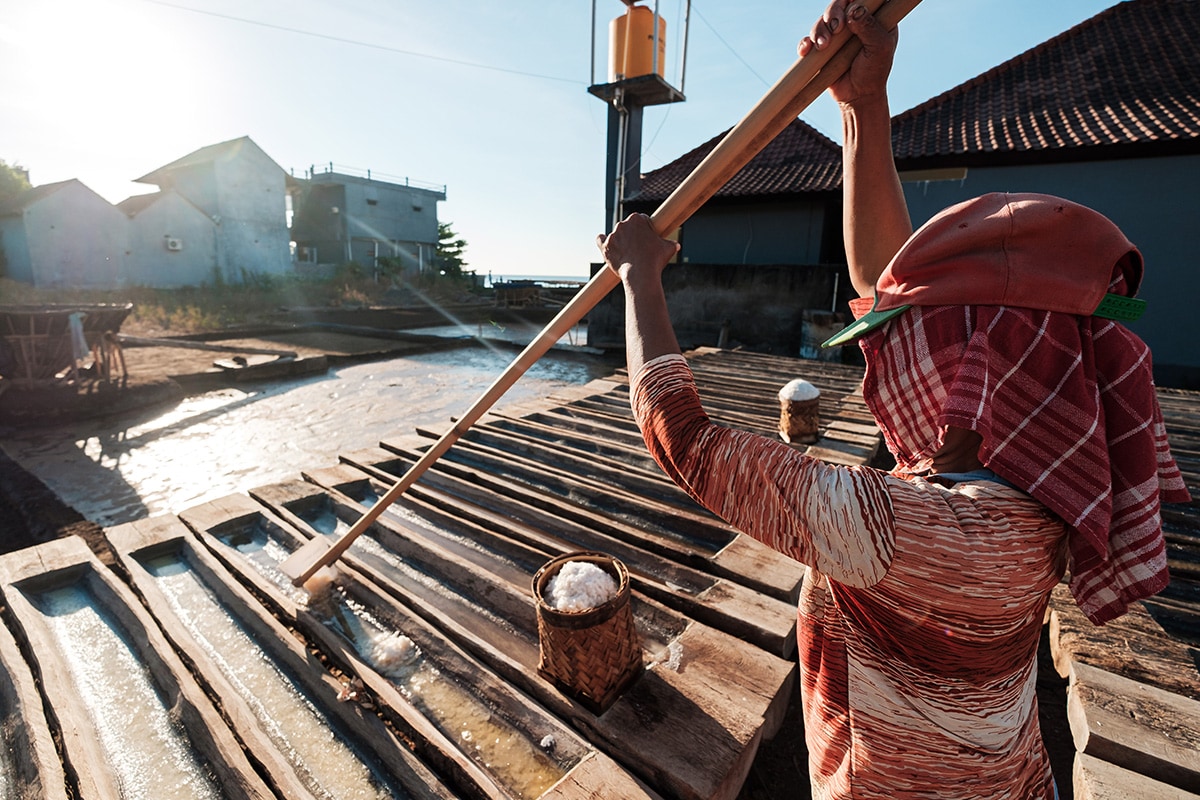 Uyah Amed is an organic Balinese sea salt. What makes this particular salt different from other salts lies in its process. Still adhering to traditional ways, Balinese sea salt is produced by evaporating them manually with sunlight. Saltwater is filtered about three to four times, then put under the sun in a traditional container made from a coconut tree. Later, the crystalized saltwater will be picked up with a coconut shell. Serabi is an Indonesian pancake that can be found across the archipelago, and Bali has their own ways of making this traditional dessert. Known as jaja laklak, this version of serabi is made with different ingredients from its Javanese counterpart. Jaja laklak is made from rice flour mixed with water and natural dyes, such as suji (Dracaena angustifolia) leaves. This chewy cake is also served with melted brown sugar known as kinca and a sprinkle of grated coconut. 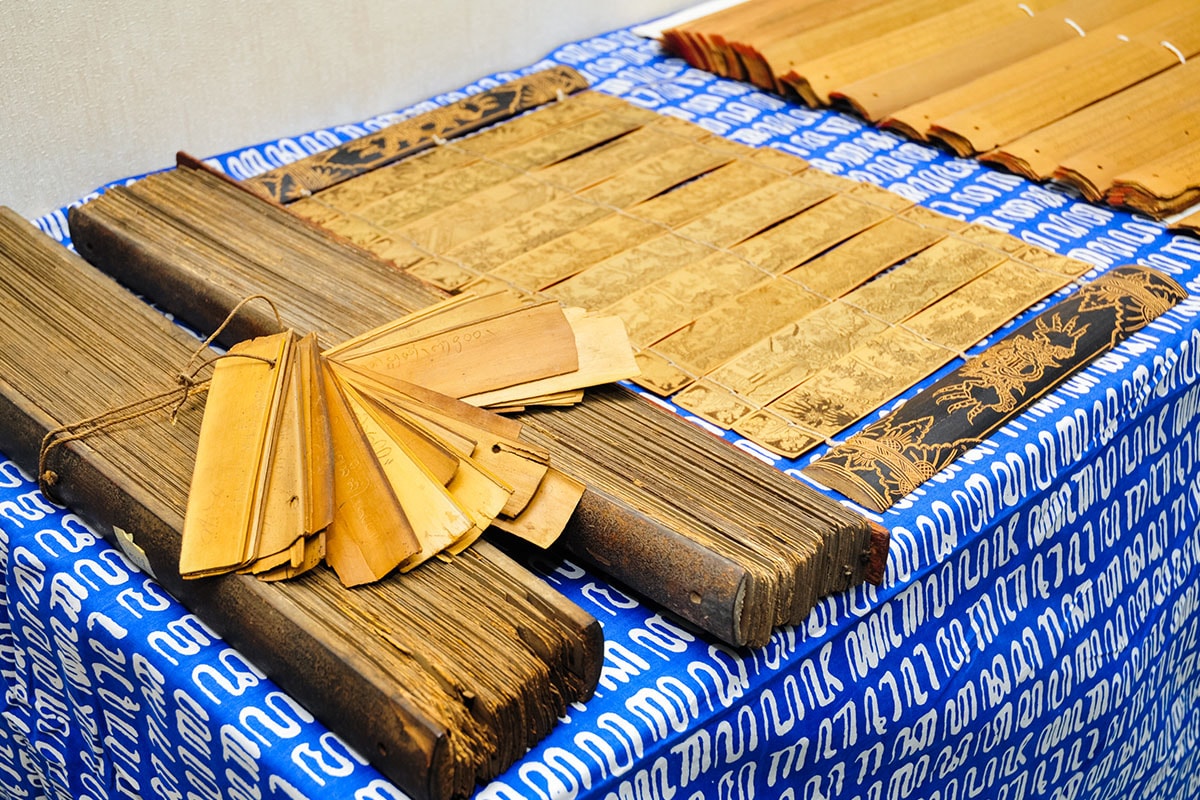 Locals practicing traditional customs is a normal sight to encounter in Bali. The ancestors of the island have done their best to keep these traditions alive by documenting them through lontar. This ancient manuscript, written on dried palm leaves of the same name, contains the history of the Island of the Gods' civilization. Lontar usually consists of various scripts, ranging from sacred texts, medical recipes, and astronomy, to epics. Embarking on a culinary trip around Bali wouldn’t be complete without having a bite of sate lilit. A specialty of Balinese cuisine, this satay can be made with various types of meat, from chicken, and fish, to pork. The delightful combination of finely minced meats, shredded coconuts, lime juice, shallots, and coconut milk makes sate lilit stand out from other satays in Indonesia.

Organized once every 10 years, Karya Ida Bhatara Sakti Ngerta Gumi's Pemijilan is a ceremony done as a way for Balinese to show their gratitude towards the Gods’ blessing. Thousands would gather in a temple to pray as several others paraded along a 600-meters long white gauze filled with rice. As the parade goes on, participants will take the rice back home. This rice is believed to possess the ability to cure various ails. 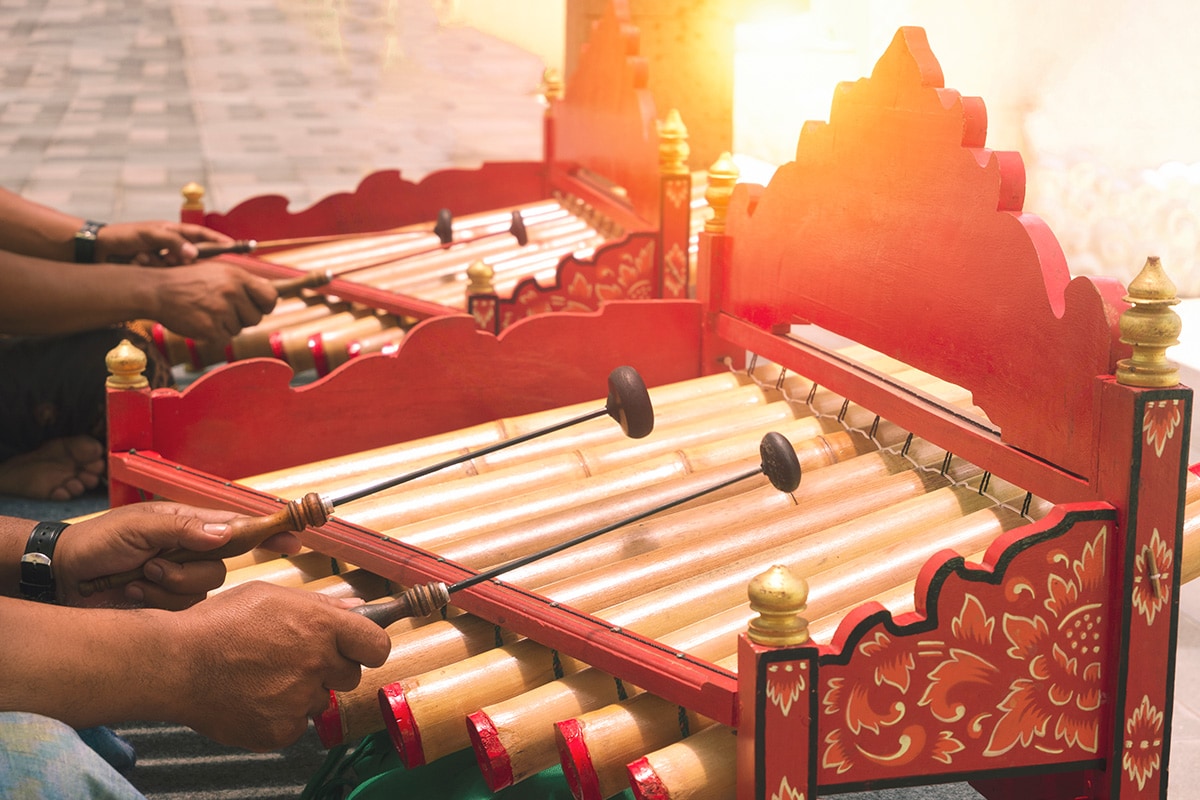 This cultural heritage is one of the many performing arts still preserved in Bali. Berko is a 120 years old traditional dance originating from the Jembrana region. Today, there’s only one person left in Bali that knows how to do this particular dance, and that is Dadong Barak. According to her, Berko was usually performed as farmers were resting and often accompanied by a beat of bamboo gamelans.

Each culture across Indonesia would often have a traditional game, and Balinese culture is no exception. Mejaran-jaranan is a traditional game from Bali often organized during piodalan (temple anniversary celebration). The game is done by putting ten youths into two teams. Four of them will have to carry a single person. Said person then has to bring down the other to win the game. Another Balinese specialty was also included as one of Indonesia’s intangible cultural heritages, namely serombotan. Originating from the Klungkung region, this salad is similar to urap which can often be found accompanying many Balinese dishes. Serombotan generally consists of spinach, kale, long beans, green beans, bean sprouts, eggplant, and bitter melon. These vegetables are served with a sauce made up of grated coconut mixed with a selection of Balinese spices.

Looking to get acquainted with many other unique cultural heritages in Indonesia? Set foot in the archipelago’s tourism villages and experience the local’s interesting daily life and customs! Do also check out several Balinese arts that will be performed during the G20 summit!

While getting ready to visit Indonesia, make sure you already know about the latest international travel regulations to enter the country. Always follow the CHSE (Cleanliness, Health, Safety, and Environment Sustainability) health protocol throughout your stay. 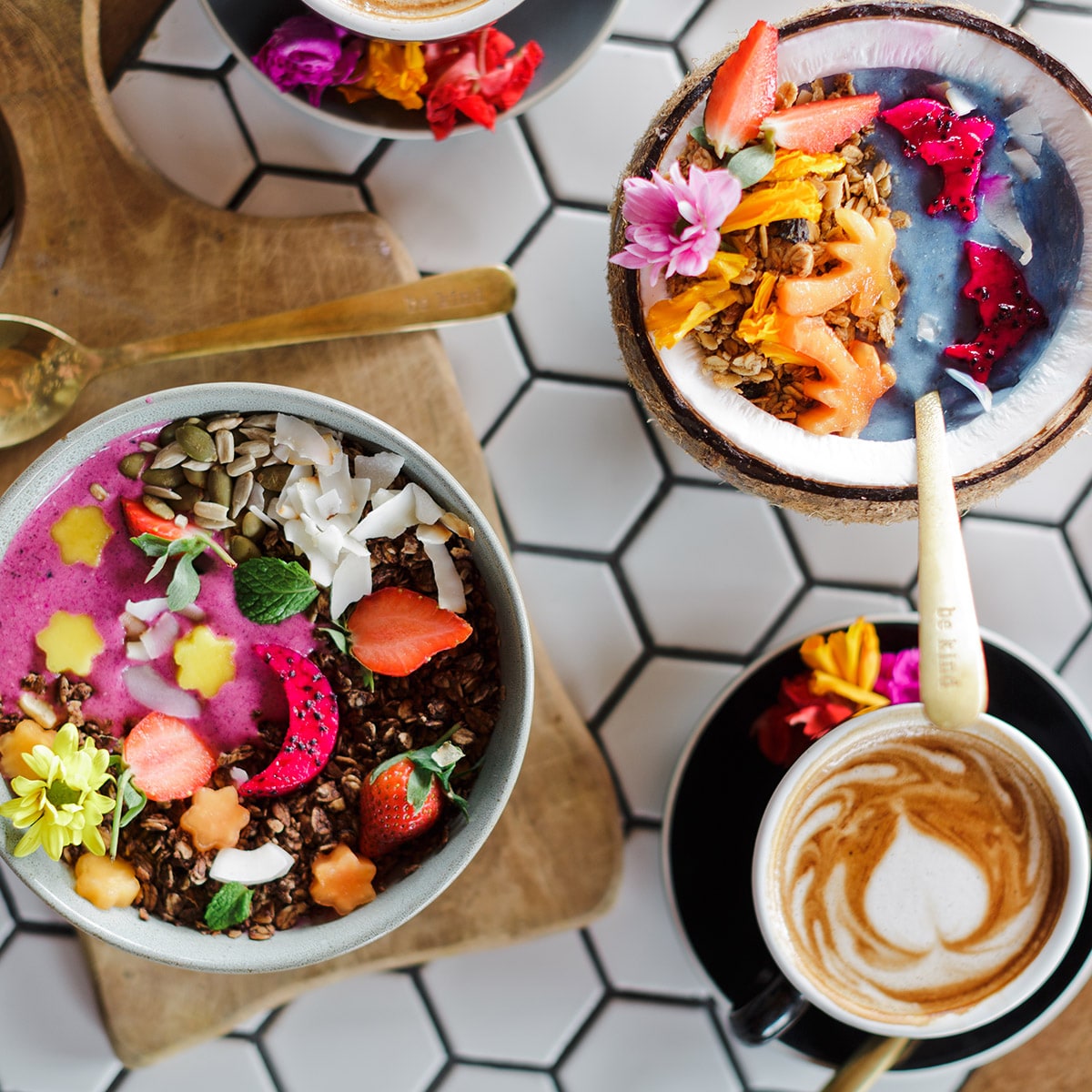 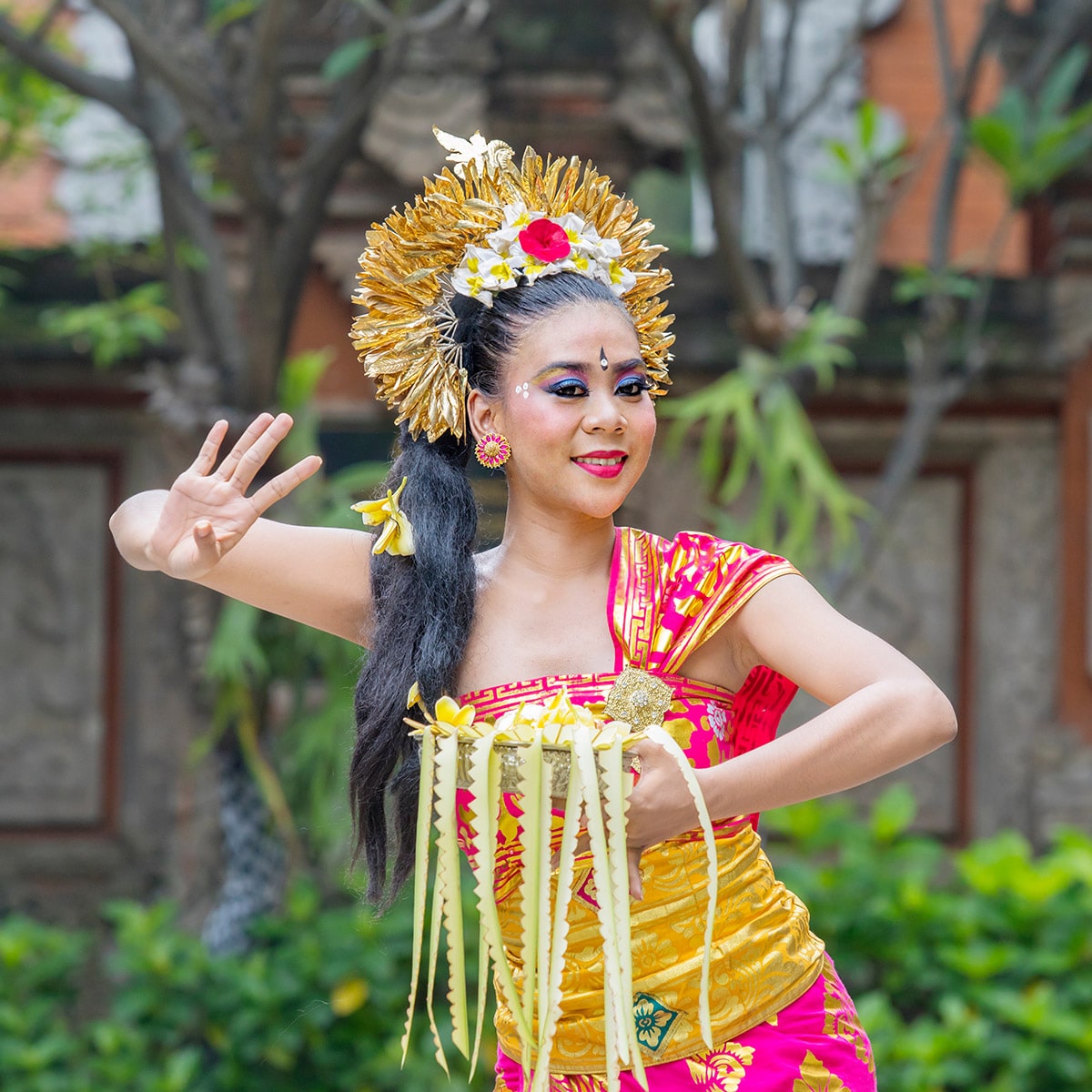 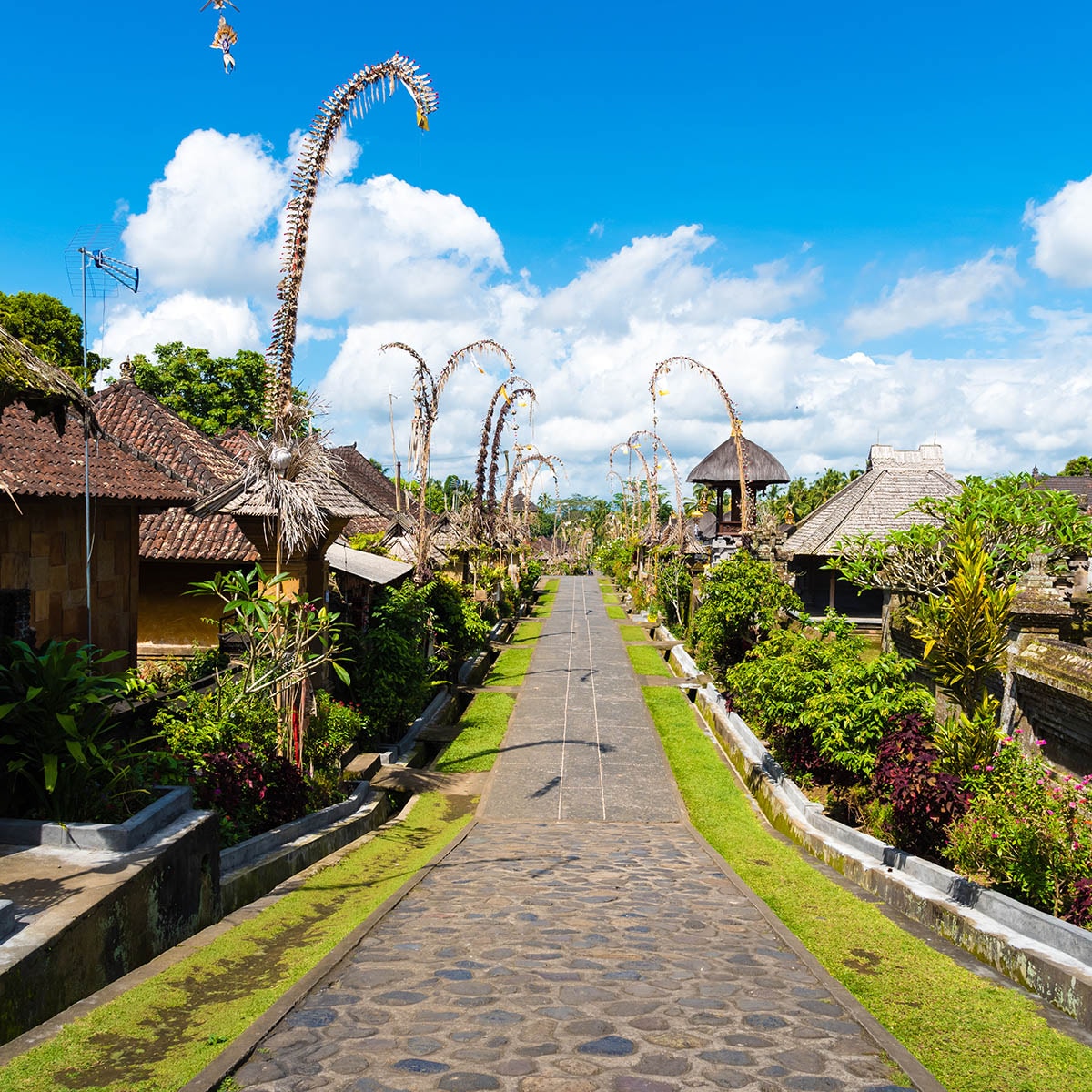 Penglipuran Village Gears up to Welcome Visitors during the G20 Summit 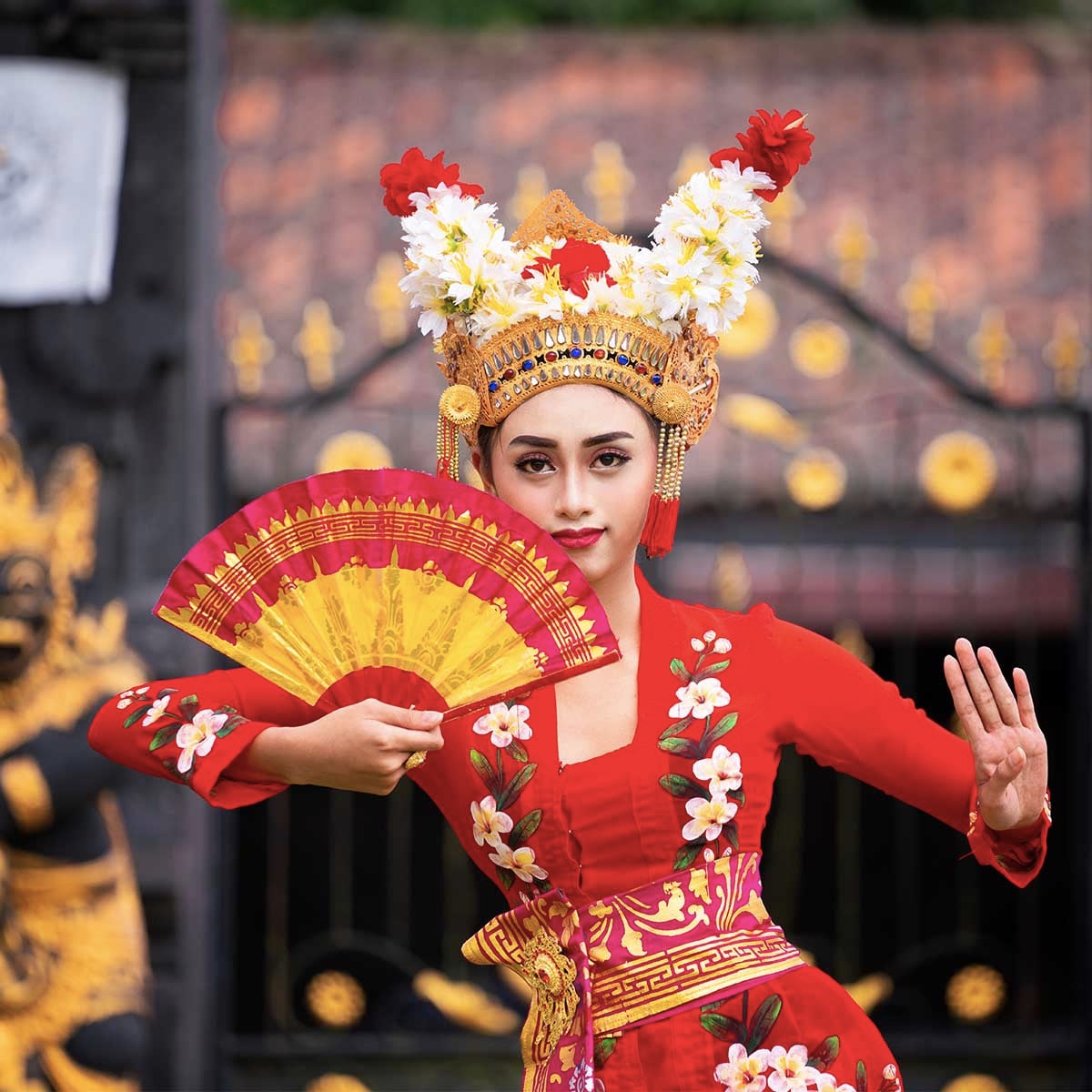 Cultural Festivities to Welcome the G20 Summit in Bali