17 Creative Economy Subsectors in Indonesia That You Must Know!

“These vastly growing 17 subsectors of the creative economy have contributed more than Rp1,100 trillion to Indonesia's Gross Domestic Product (GDP) in 2020,” Sandiaga stated on Friday (25/3), as quoted by ANTARA News.

According to the explanation from the United Nations Conference on Trade and Development (UNCTAD) official website, “creative economy” has no single definition. It is an ever-evolving concept which builds on the interaction between human creativity and ideas with intellectual property, knowledge, and technology. Fundamentally speaking, it is the knowledge-based economic activities upon which the “creative industries” are based.

Curious to learn more about those subsectors? Here is the complete list of 17 subsectors of the creative economy in Indonesia.

There are 3 leading subsectors among 17 subsectors, which are fashion, craft, and culinary. 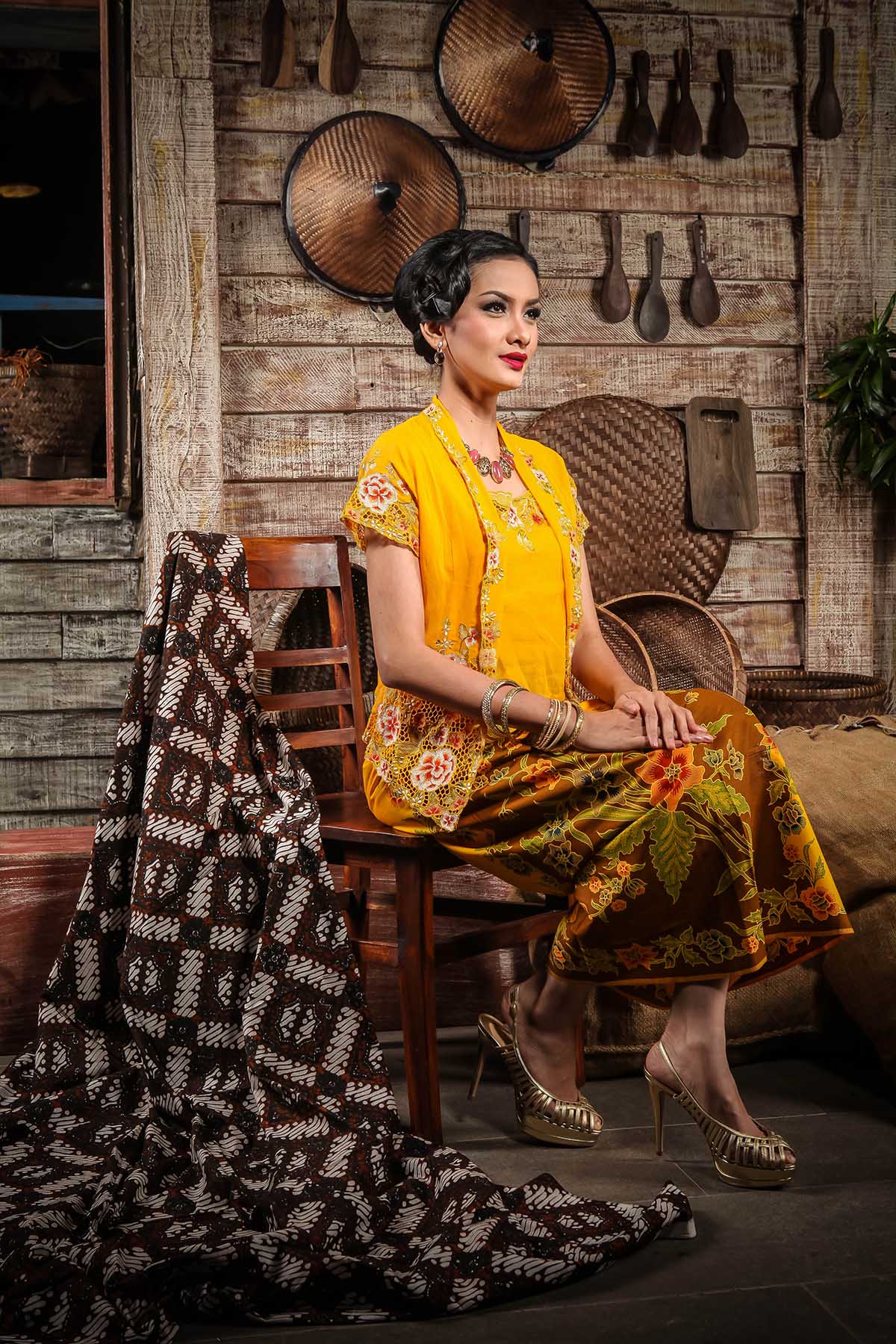 Fashion trends change rapidly in nature, and Indonesia is without exclusion. This cannot be separated from the productivity of local fashion designers in designing new models of clothes as well as the emergence of creative young generations who are enthusiastic in the fashion industry.

There are also a lot of challenges for the local fashion subsector, including smarter and more tasteful markets. However, there are a lot of local fashion brands that have also successfully  spread their wings on an international scale due to their high quality products. Check them out while you’re visiting Indonesia! 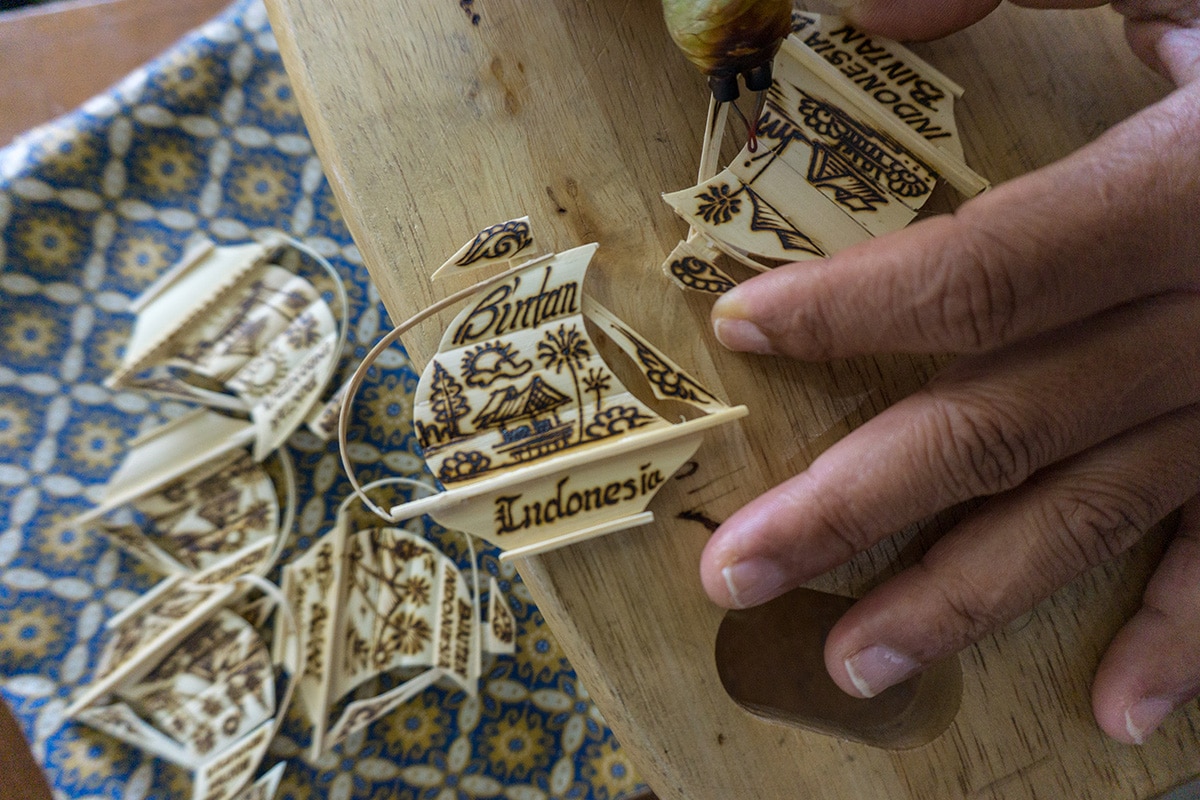 This is one of the subsectors that is very close to the tourism industry. By general definition, crafts include all things made from wood, metal, leather, glass, ceramics, and textiles that can be sold as souvenirs. The availability of abundant raw materials and the creativity of industry stakeholders are the main factors for the advancement of this subsector.

Indonesia has many creative and business-savvy craftsmen with diverse products. Many of them managed to market their products to international markets. Check out some of the local crafts in several strategic areas when you’re visiting Indonesia! The culinary subsector makes a significant contribution, which is 30% of the total revenue from the creative economy sector. The culinary industry has a very strong potential to grow. "New culinary businessmen should get guidance from the government, ranging from business training, licensing information, to legal assistance in the process of establishing a business," said Sandiaga as quoted from Detik.com on Saturday (18/9).

If you’re visiting Indonesia, then you shouldn’t miss out trying some of their traditional cuisines. Bali has ayam betutu (steamed or roasted chicken with spices), Jakarta has kerak telor (scrambled eggs with sticky rice and coconut), Yogyakarta has gudeg (stewed jackfruit with coconut milk), and many others.

Among other subsectors of the creative economy industry, these three subsectors have contributed 75 percent to the GDP mentioned before, according to Sandiaga as quoted by ANTARA News.

Aside from those 3 leading subsectors, the creative economy industry in Indonesia also has 4 priority subsectors, namely mobile app, game developer, music, and film, animation, and video. Along with the increasing developments of smartphones, the mobile app development industry is also growing and becoming a subsector with great potential in the future. You can take a glimpse on the Indonesian-made mobile app when you’re visiting Indonesia by downloading, installing, and using PeduliLindungi (a mandatory health screening app), Gojek (a ride hailing app), DANA (a digital wallet and mobile payment app) and many more. 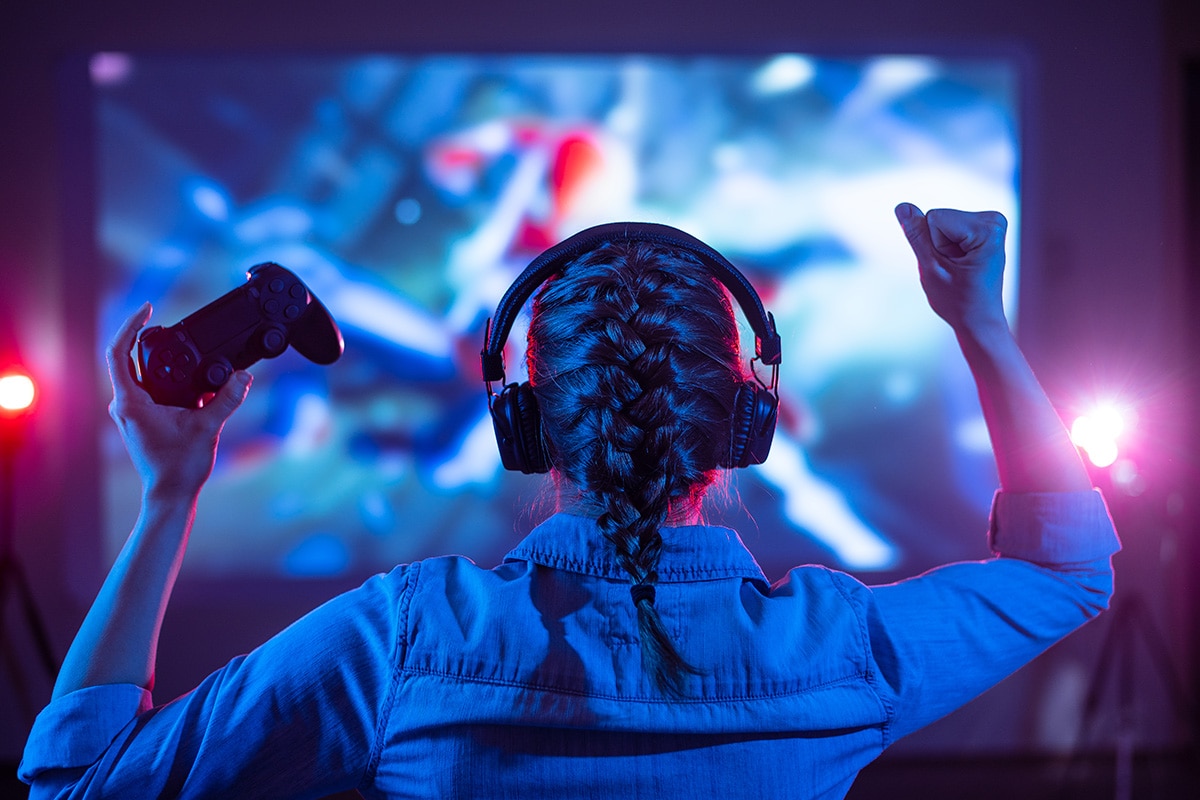 The local game industry has a great potential to contribute to the country's creative economy performance. Sandiaga stated that the contribution of games to Indonesia's creative economy in 2017 was 1.93 percent of GDP, with 44,733 workers in this sub-sector. In the same year there were 51 new local game developers, which increased in number from year to year.

"The Ministry of Tourism and Creative Economy encourages local game developers to work, because Indonesia is one of the countries with a game market share that tends to increase significantly," explained Sandiaga. There are many opportunities that can be explored, both as developers and professional e-sport athletes, considering that Indonesia's demographics are increasingly having more productive segments and a high number of middle income classes. 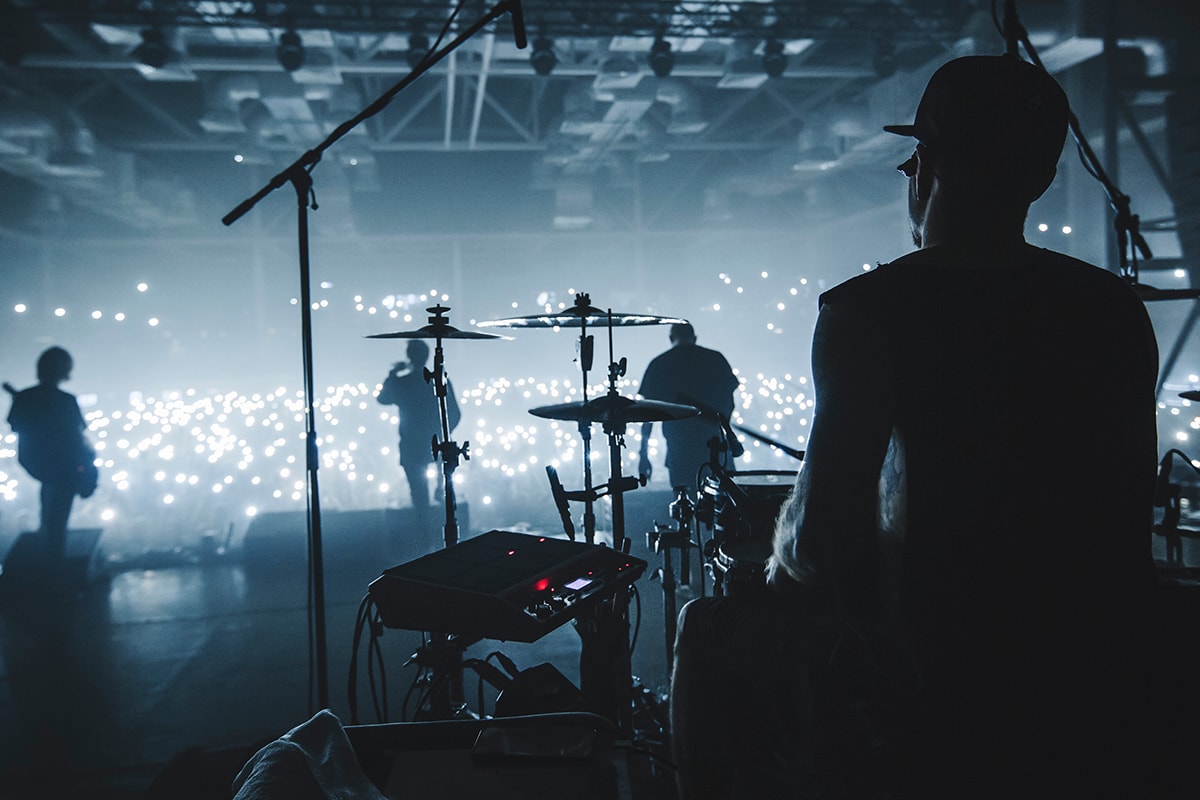 Music is a promising industry in the world of showbiz. The great interest and enthusiasm of young musicians to enter this field shows that music has the potential to become a bigger industry. However, one of the biggest challenges is that piracy is still rampant, causing the development of the music industry in Indonesia to be obstructed.

"Piracy certainly causes a decrease in the quality and quantity of production, a decrease in public appreciation of music, and a decrease in investment interest in this field," Sandiaga explained. Instead of buying pirated products, you can support Indonesian musicians by coming to a lot of music festivals that have been blooming in Indonesia since the international travel regulations are relaxed. Some of those music festivals are We The Fest, SynchronizeFest, Jazz Gunung Bromo, Jakarta International Java Jazz, and many others. The film, animation, and video subsector have the potential to be developed further, since there are a lot of Indonesian films that have received international recognition such as Vengeance is Mine, All Others Pay Cash which won Golden Leopard in Locarno Film Festival 2021. Most of the film companies have also established collaboration with global streaming service Netflix to distribute their films worldwide. You can check out the films from the comfort of your home since you don’t need to visit Indonesia to marvel at the cinematic works of Indonesian filmmakers now.

Lastly, there are still other subsectors aside from leading and priority subsectors, which consists of architecture, interior design, visual communication design, photography, publishing, television and radio, performing arts, fine arts, and product design. 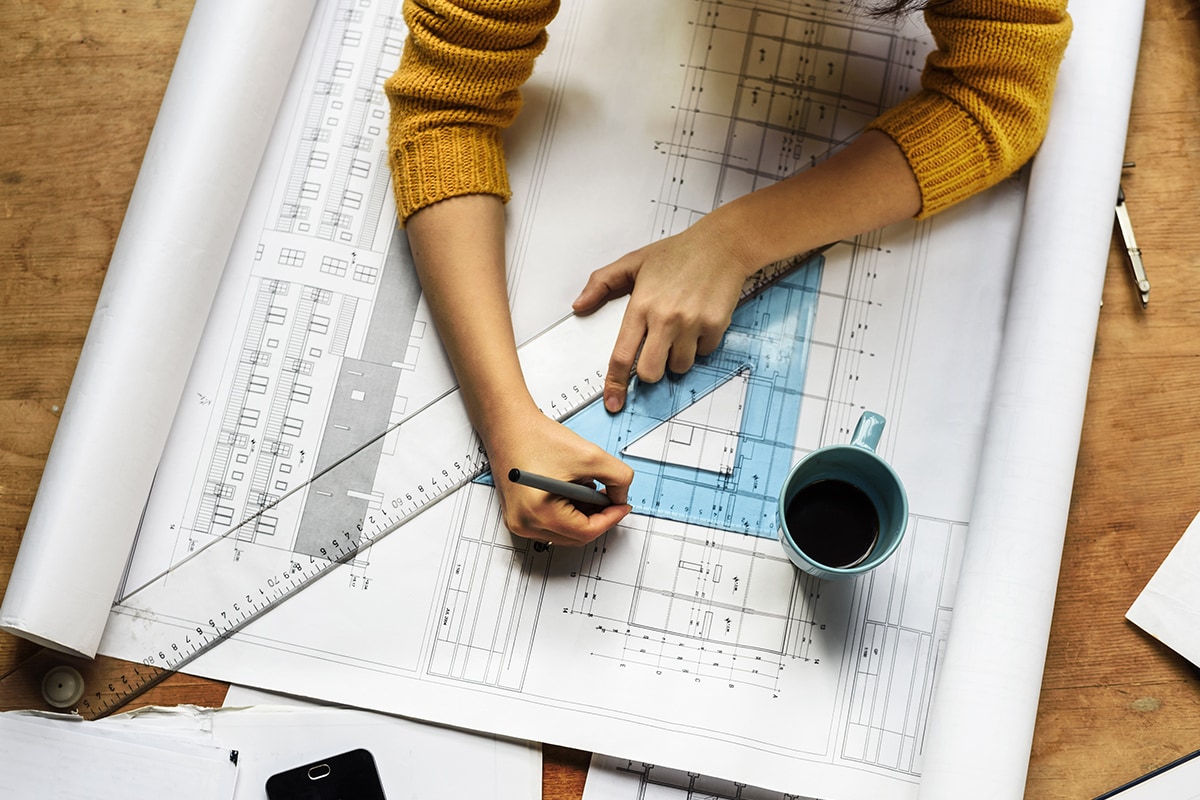 Sandiaga emphasized that the role of architecture in Indonesia is crucial. In terms of culture, the diversity of local and regional architecture can show the true character of Indonesia’s cultural abundance. On the other hand, architecture also plays a role in designing the basis for the development of a city.

Meanwhile, Indonesia already has some names that can be proudly mentioned in the architectural field, such as Andra Matin who recently won the Khan Award for Architecture 2022 for his work in Banyuwangi International Airport. You can also check some of the places in Indonesia with admirable traditional and modern architecture such as the Istiqlal Mosque and National Monument (Monas) in Jakarta, Borobudur Temple in Magelang, Pura Ulun Danu Beratan in Bali, and many others. The demand for interior designers in the work of residential, hotel, and office buildings keeps increasing. It is clear that the economic potential of the interior design industry is very promising. “It can be a positive momentum for the interior design subsector that should not be wasted. The emergence of various schools, consultants, companies, and interior design associations shows the spirit of this sub-sector to develop in the national and even international markets,” Sandiaga stated.

The Ministry of Tourism and Creative Economy sees that there are several things that still need to be worked on in this subsector, including the protection of creative interior design actors in the domestic market, certification to create standards, and copyright protection. 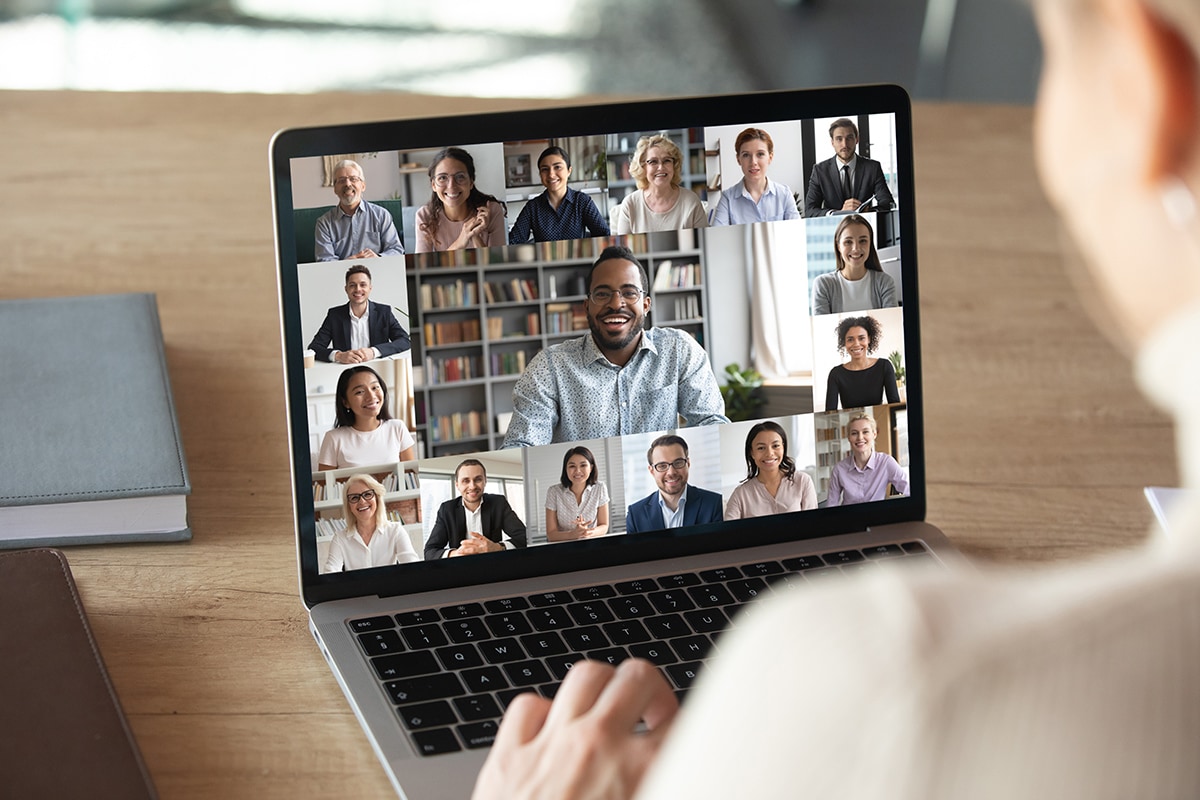 The potential of visual communication design needs to be improved, as the challenge of this subsector lies on the market awareness of the importance of design. The work of graphic designers is often valued at a below-the-average price. Graphic designers need a fairly long process in their work, from thinking about concepting stage, processing designs and the incorporation of the ideas, to finishing the products. 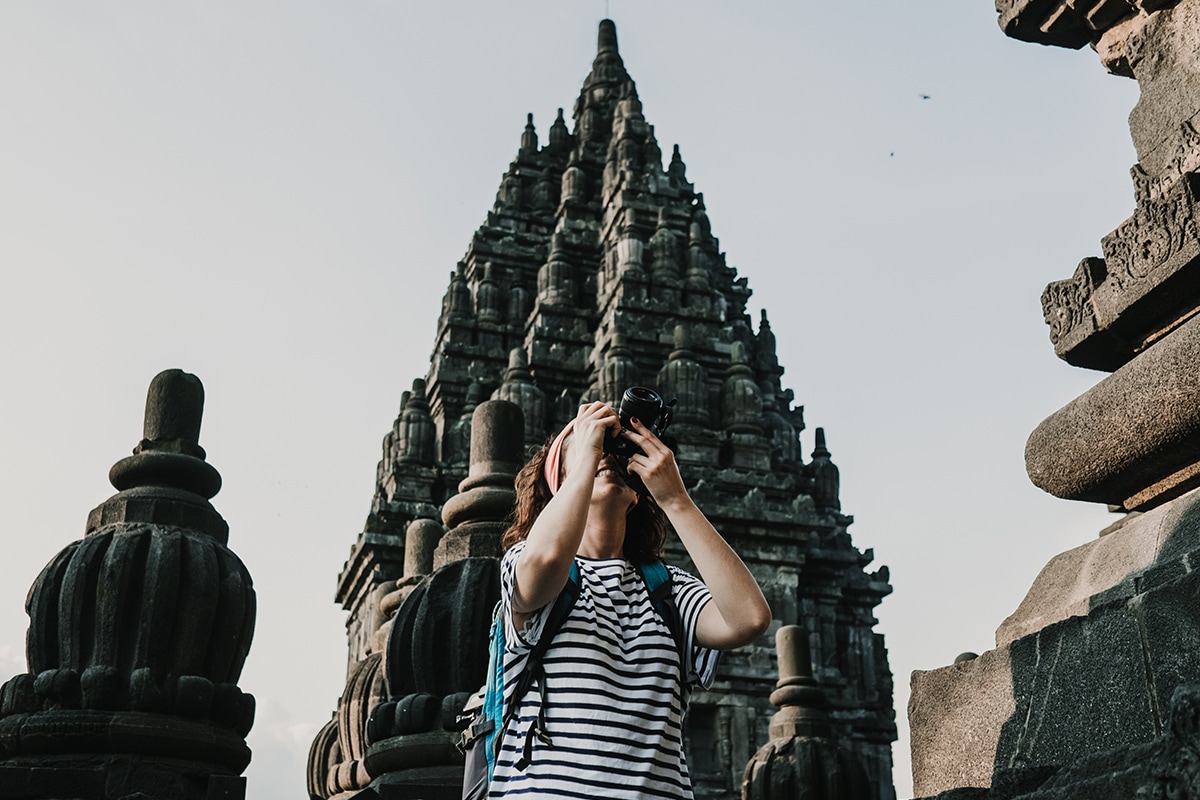 The publishing subsector plays a role in building the nation's intellectual strength and continues to strive to adapt to the times. The publishing industry market might not be as big as other sub-sectors, but this industry has no less strong potential. Many large and small publications are still popping up to enliven this industry. Plus the development of technology allows books to also be published in digital form. 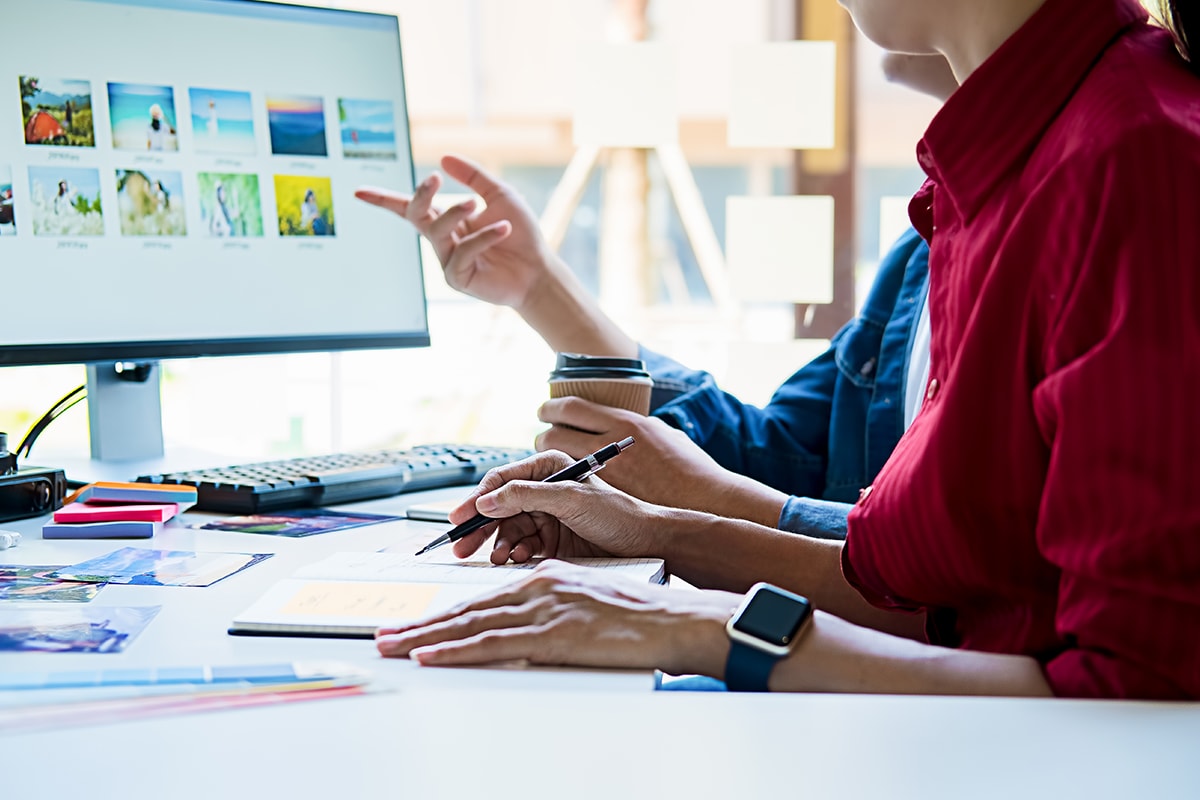 Among others, advertising is a subsector of the creative economy whose work has the highest spreadability. This is inseparable from the synergistic role of capital owners who know how to market their products and services with the media. Currently, digital advertising has also been blooming and is very crucial to any other creative economy subsectors who want to increase their visibility on the market. 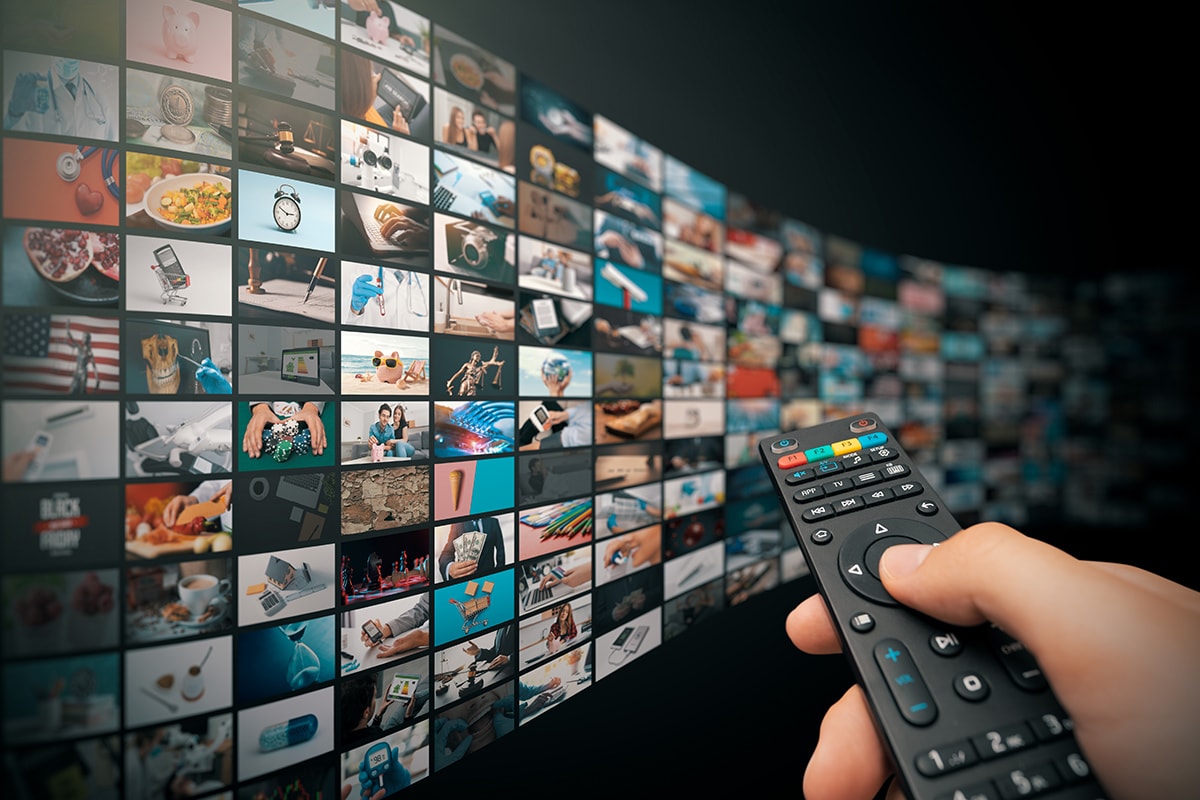 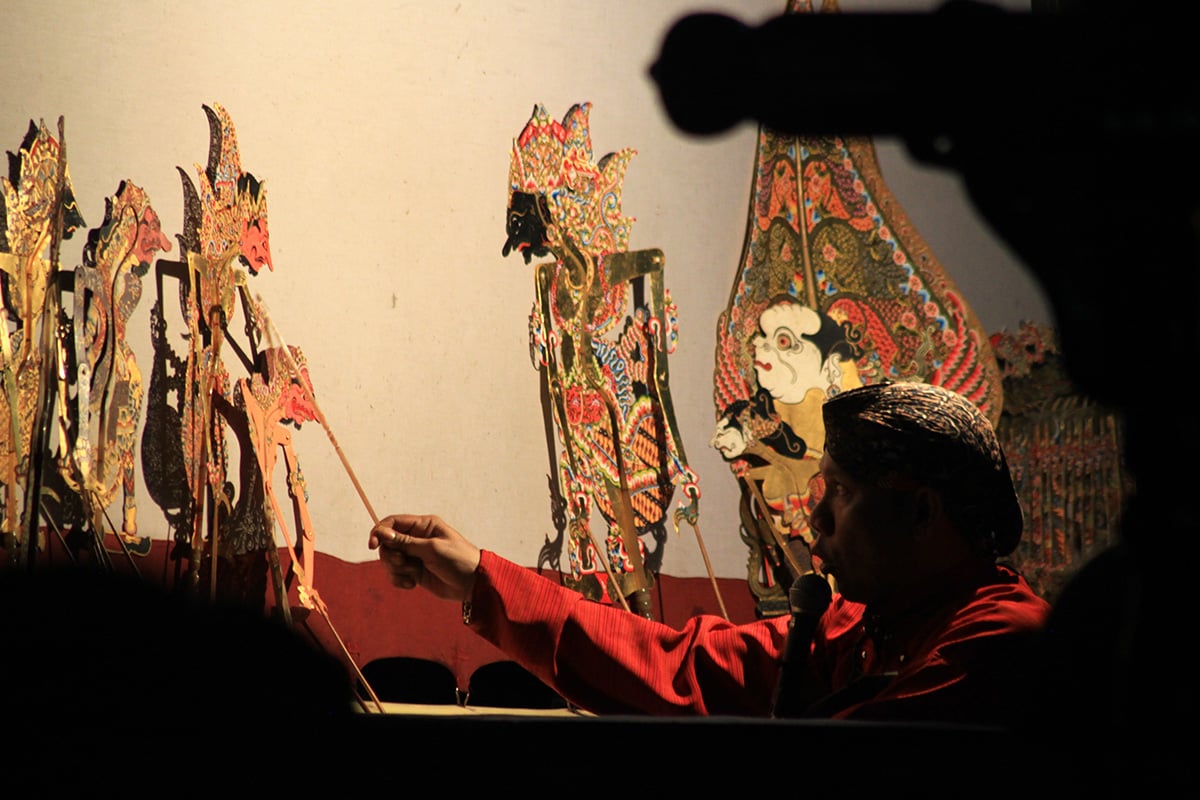 Indonesia has a rich and diverse performing arts and traditions, such as wayang, theater, dance, and others that have been recognized and appreciated by the international community. Performing arts from each region have been flourishing throughout Indonesia and also internationally. One of the latest pride moments of Indonesian performing arts was when Svadara Indonesia won 3rd champion at Powerful Daegu Festival, which was held on 8-11 July 2022 in South Korea. The large number of performing arts, both traditional and contemporary, which have been created, developed, and promoted, have received international appreciation. Furthermore, art and culture festivals in the national scale often highlight the works of the artists from this subsector, so if you’re visiting Indonesia you can take a glimpse of their admirable performances! 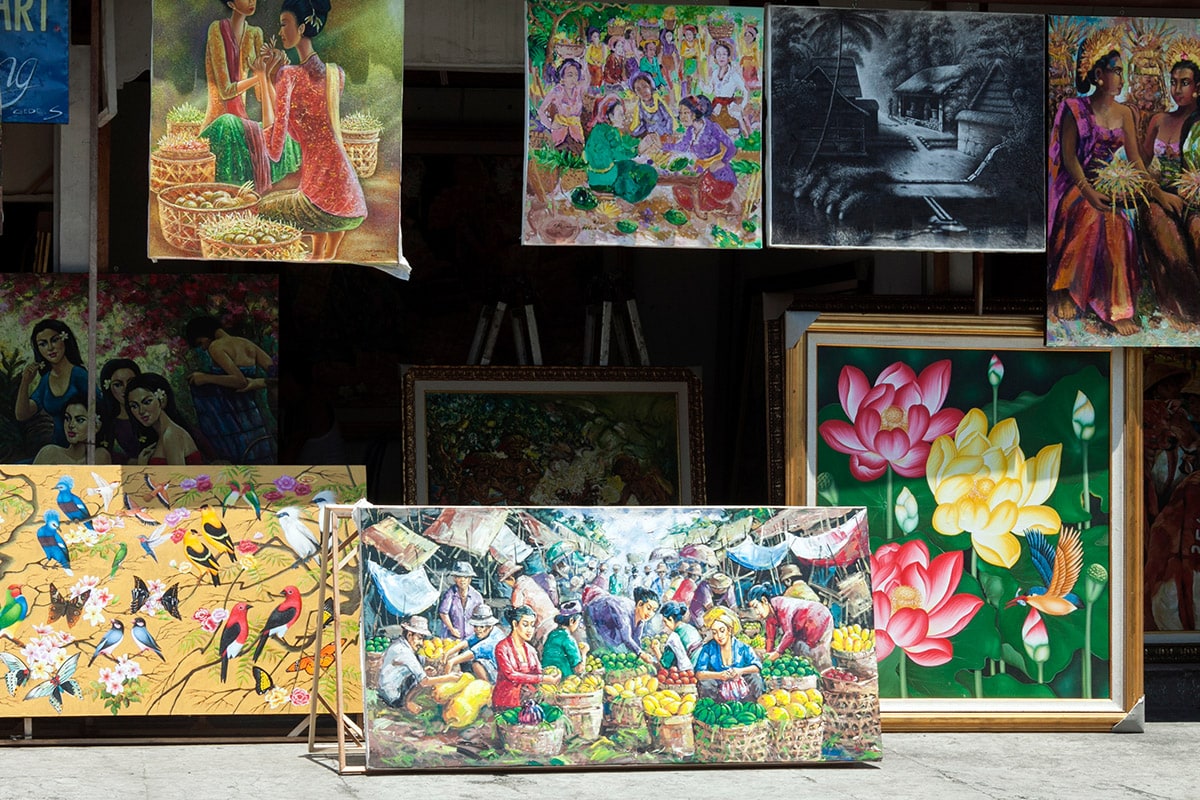 In this subsector, Indonesia has the greatest potential in terms of quality, quantity, creative actors, productivity, and market potential. Indonesian fine arts also already have a strong network both domestically and abroad. Various fine arts festivals are held regularly, even those with internationally acclaimed reputations.

To this day, hundreds of  Indonesian fine artists have been involved in international forums and events. By including it in the 17 subsectors of Indonesia's creative economy, the Ministry of Tourism and Creative Economy is committed to managing fine arts more seriously. 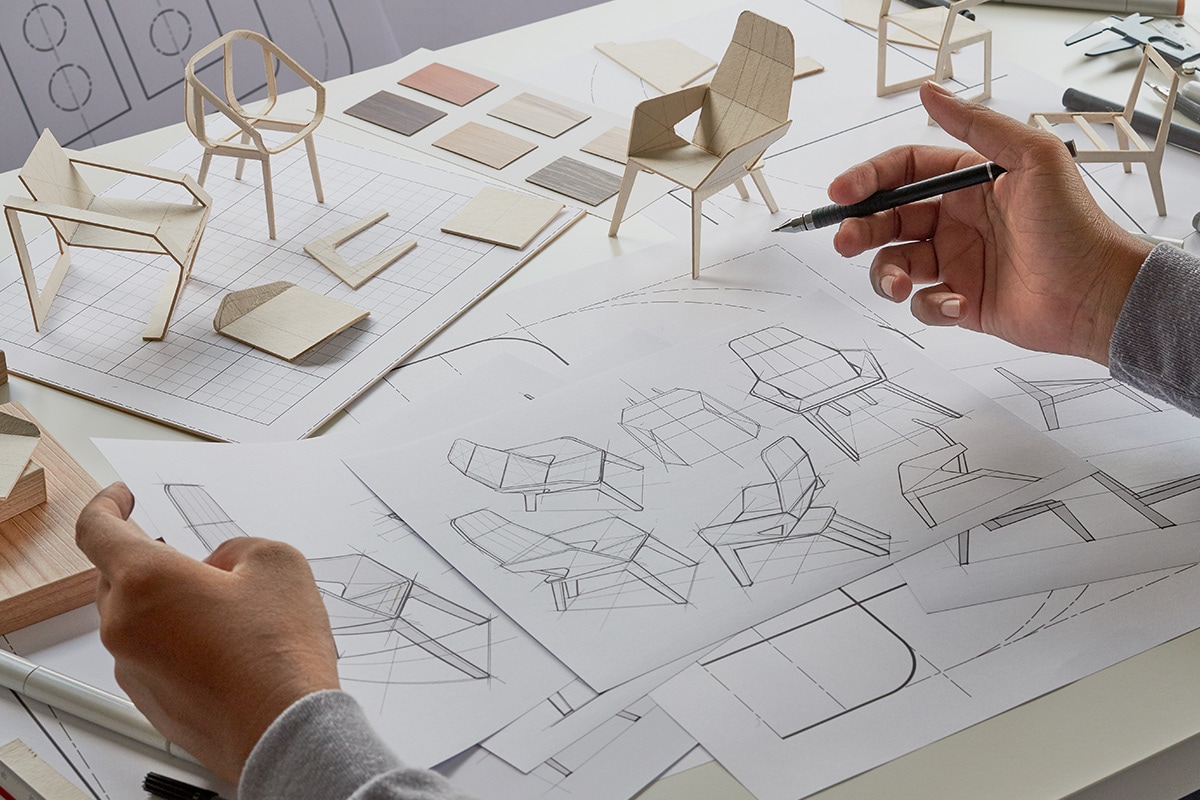 Product design is the process of product creation that incorporates the element of aesthetic within the functional design so that it is useful and also has added value for the community.

The product design subsector is also supported by industry players who have reliable craftmanshifts in Indonesia. The product designers are able to explore and elevate local wisdom as well as the diverse richness of Indonesian culture in each of their works.

Indonesia is holding its 4th World Conference on Creative Economy (WCCE) on 5-7 October 2022 in Bali.  Held successfully in 2018, the first WCCE was initiated by the enthusiasm of Indonesian creative economy industry, which in the end resulted in the UNGA Resolution on International Year of Creative Economy for Sustainable Development 2021 and established the Global Centre of Excellence & International Cooperation for CE (G-CINC).

If you happen to be around Indonesia at that time, whether you’re visiting for the conference or simply just going on a holiday, we encourage you to extend your visit and explore other parts of Indonesia that will definitely give you a jaw-dropping experience. We want to kindly remind you to be a responsible traveler and comply with all the health protocols. Keep practicing healthy habits such as wearing a mask in public places, washing hands frequently, and implementing physical distancing. Learn about the latest international travel regulations and follow our social media accounts on Instagram, Facebook, Twitter, YouTube, and TikTok for updated information regarding tourism and creative economy in Indonesia. 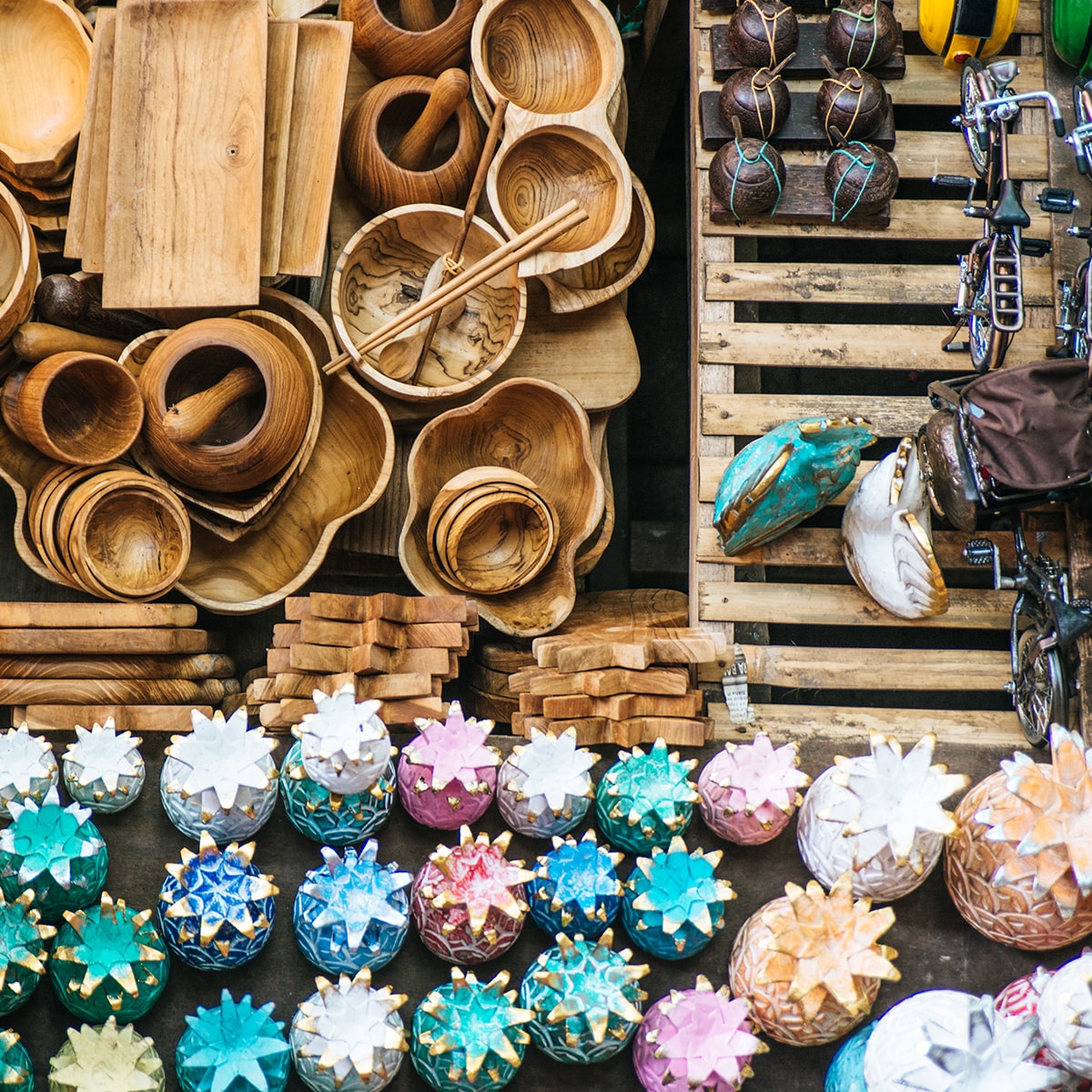 Things To Do while at Borobudur Temple, Starts from Trip Ideas until Food