Featuring the distinctly rich flavors of the Indonesian Archipelago, the country’s diverse culinary wonders successfully surprised and astonished Gastronomy presidents from numerous countries when presented at the Gala Dinner of the International Academy of Gastronomy Annual Congress that was held in Le Bristol, Paris, France, on Monday, 6th February 2017.

“I am so very proud, it was absolutely sensational! All were so happy and truly enjoyed our delicious food and presentation”, exclaimed Indonesia’s Tourism Ministry’s Head of the Culinary and Shopping Tourism Acceleration Team, Vita Datau Mesakh. Vita Datau – who is also President of Indonesia’s Gastronomy Academy (AGI), explained that the diversity and richness of Indonesia’s culinary traditions were the chief highlight of the Gala Dinner presentations. “All were so impressed when I explained that 17% of the world’s animal species can be found in Indonesia. Our Archipelago has over 17,000 islands, more than 1,300 ethnic groups and sub-ethnic communities, and no less than 2,500 types of sea creatures, about 2,184 types of fresh water fish, with at least 40,000 species of plants. They were astounded to hear that we have all that”, said Vita Datau. Moreover, Vita explained, that the multiple cultures of the country have resulted in diverse eating habits and traditions of our people. It is this conglomeration that has eventually produced over 5,000 traditional recipes that today make up this delectable Indonesian Cuisine. Therefore, it is obvious that Indonesia should be recognized as the Country with the Richest Gastronomy in the world!

Vita added that the response to the Indonesian culinary presentations was absolutely enthusiastic. “They were astonished by the selection in the menu and were curious about ingredients used in the Kecombrang Sorbet and the Rawon Expresso that actually looked alike. The art of food processing and presentation of the team led by renowned Indonesian Culinary Expert William Wongso, furthermore, received huge compliments from those who enjoyed this world class meal served on the occasion” commented Vita Datau.

Nia Niscaya, Assistant Deputy of Tourism Promotion for Europe, Middle East, America, and Africa of the Ministry of Tourism, in turn expressed her appreciation and invited all to explore further the fascinating gastronomic wonders of the archipelago by visiting Indonesia itself. “We invite you and warmly welcome you to Indonesia. This event is a beautiful collaboration which brings together the culture and culinary art of the archipelago in a truly complete form. Everything has been professionally fused into ‘Wonderful Indonesia'," said Nia in her speech which was received with roaring applause from the audience.

The event was also highlighted with the screening of the French Version of the Wonderful Indonesia Video prepared by Eka Moncarre, Indonesian Tourism Representative (VITO) in France. 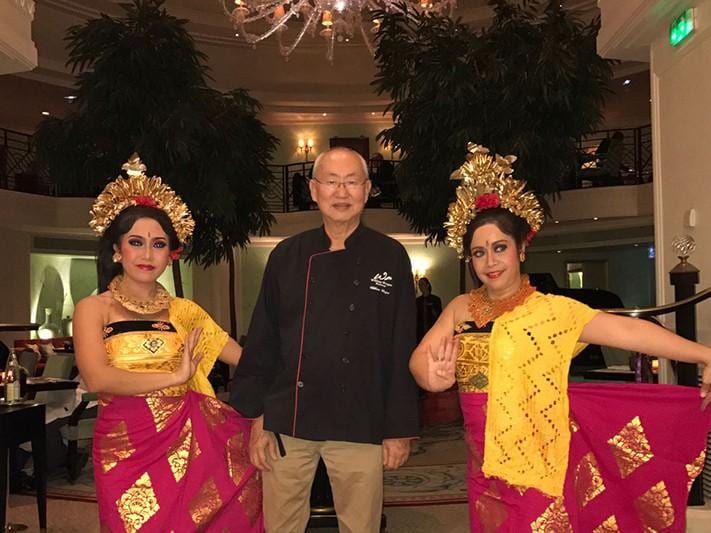 Completing the fascinating Indonesian traditional menu, the gala dinner was closed with the dessert of Sagon Padang. Originating in West Sumatra, Sagon Padang is a traditional sweet dessert of the Minangkabau ethnic group that regularly accompanies tea or coffee. At the end of the event, all attending gave a standing ovation when the Chairman of the International Academy of Gastronomy, Jacques Mallard called Master Chef William Wongso along with his team comprising Budi Lee, Renatta Moeloek, and Assistant Cook Suherman. “Indonesian food is not only delicious and beautiful, but also extraordinary. As host country, Indonesia has been the Best,” said Jacques in his closing remarks.

Indonesia’s special culinary dishes were then continued to be presented in other luxurious five star hotels including the Shangri-La in Paris, drawing hundreds of avid diners.