Dubbed as the Raja Ampat of Sumatra for its equally fascinating nature, Mandeh cluster of Islands in the Bay near Padang in the Pesisir Selatan Regency, West Sumatra Province will unveil its fascinating splendor when the Pesona Mandeh Festival takes place from 4th to 7th May 2017. The event is presented by the Ministry of Tourism in collaboration with the Pesisir Selatan Regency. The Deputy of National Marketing Development of the Ministry of Tourism, Esthy Reko Astuti along with the Head of West Sumatra Tourism Development Acceleration Team, Raseno Arya explained that all the preparations including the pre-event promotions have been made to achieve the target of attracting 20,000 tourists both domestic and international. "We are optimistic that the target of 20,000 attendance in this inaugural event will be achieved. All of the preparations have been carefully made including for the Grand Opening as well for the pinnacle closure. The event also involves participation of all the tourism stakeholders in the area including communities, tourism businesses, local people, and also members of the press," said Esthy. 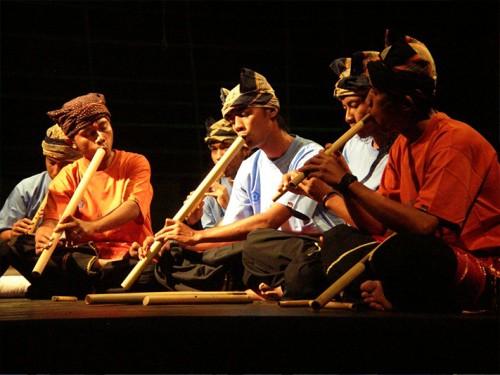 Regarding accessibility, Raseno Arya explained that improvements are being made to cut the time it takes to reach Mandeh from Padang, the capital city of West Sumatra Province, which currently takes 1 to 2 hours. "Land acquisition at Mandeh Area have been completed and will soon be followed by road constructions. The province of West Sumatra and Pesisir Selatan Regency subsequently oversees the road infrastructure to ensure that the road and all facilities are in good condition. With this development, we project that in the near future, it will only take 40 minutes to reach Mandeh from Padang," said Raseno. Head of the Office of Creative Economy, Yourh, and Sport of Pesisir Selatan Regency, Zefnihan commented that Pesona Mandeh Festival is the perfect promotion media to show that Mandeh is ready to receive tourists from all over the world. Moreover, the local communities in Mandeh are also ready to welcome tourists with international standard culinary presentations. "For the culinary fiesta, we are preparing 50 culinary booths presenting world's renowned scrumptious culinary delights of West Sumatra," Said Zefinhan. As the perfect media to promote Mandeh's tourism, the event will also invite 60 travel agents to explore the magnificent splendors of Mandeh.

5. Padang, the Getaway to the Minang Highlands