Pristine White Beaches and Traces of a Glorious Past

Located at the most southern end of South Sulawesi, the quiet and now isolated island of Selayar, with its swathes of pristine white sand beaches and crystal clear tropical waters, in fact, used to have an illustrious past.

The pre-Islamic kingdom of Selayar must have been a trading hub, visited by merchants from China, the Philippines and Thailand, having left evidence of its existence in the many precious artifacts excavated here.

Most notable is the beautiful Dongson Kettledrum, the largest kettledrum in the world, which is said to be 2,000 years old and dating back to the Bronze Age.

In the 16th century Selayar was fought over for its blue-white cotton products, a favorite in the archipelago. And when the Dutch won hegemony over Selayar, they monopolized the cotton trade, forcing Selayar to send the cotton only to Fort Rotterdam in Makassar.

Due to the geographical shape and location of Selayar, which stands vertical on the Makassar – Moluccas trade route, -during the time when Ternate, Tidore, Ambon and Banda were the main producers of spices, and Makassar was the center of trade, - the island of Selayar became an undisputed important territory that could either contribute to or block the spice trade.

The largest town on the island is called Benteng (meaning Fortress), a bustling little town of motorbikes and trishaws. The town center is the "alun-alun", the town square, where on one side still stands a solid old prison built by the Dutch in the 1890s. The square is the focal point of celebrations and events happening on the island. The 80 km. long island of Selayar is in fact gateway to the spectacular Taka Bonerate National Park that teems with colorful coral reefs, giant sponges, a wealth of fish species including dugongs and tuna, gliding past turtles and manta rays. Comprising 21 islands and atolls, Taka Bonerate is the third biggest atoll in the world after the Marshall Islands and the Maldives. Although still predominantly covered by rainforests, Selayar boasts many pristine white sand beaches. 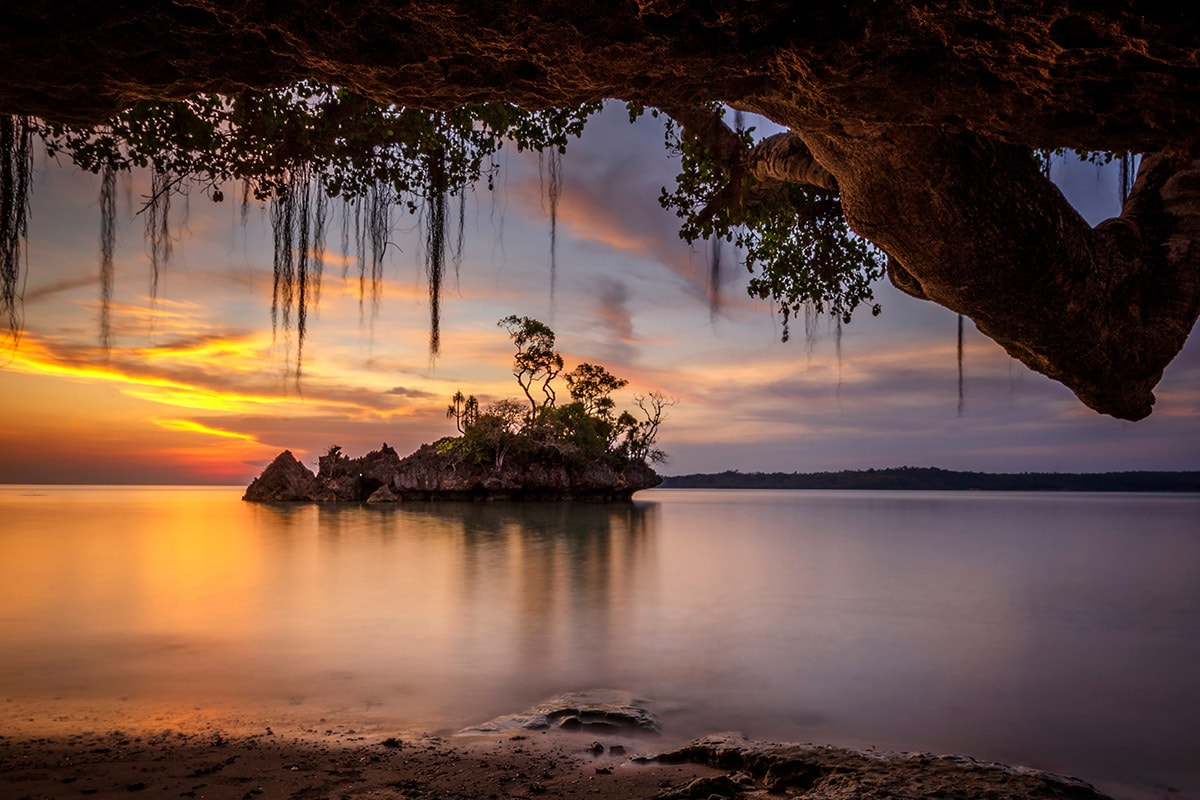 This secluded tropical paradise offers a number of splendid, white sandy beaches. The Baloiya Beach stretches some 3 km along the coast. From here you can see tarsiers and wild boars amongst the dense foliage of the forest.

To get to Selayar you must first reach Makassar, the capital city of South Sulawesi Province. From Makassar, Wings Air serves daily flights between the Sultan Hasanudin International Airport in Makassar and Aeroppala Airport on Selayar Island. Alternatively, you can travel overland from Makassar to the town of Tanjung Bira and then take the ferry from Tanjung Bira's port to Selayar. The trip will take about 2 hours, however when the sea is rough, ferries do not sail.

Garuda Indonesia intends in the near future to start flights between Makassar and Selayar, which will definitely cut travel time and attract more visitors to these stunningly beautiful islands.