As the largest archipelago in the world, the endless splendors of Indonesia lie in its vast stretching waters, making it a perfect destination for yachts and cruise trips. Committed to making it easier for both yachters and cruise ships to enter its waters, the Indonesian government has implemented a number of policies that simplify procedures. Among these, is the Transportation Minister Regulation No. 121, the year 2015 regarding easier regulation for tourists who takes on a foreign-flagged cruise ship.

The policy includes a waiver of cabotage so that cruise ships are able to embark and disembark passengers at the appointed sea ports. These appointed sea ports are: Tanjung Priok in Jakarta, Tanjung Perak in Surabaya, Tanjung Benoa in Bali, Belawan in Medan, and the Makassar Sea Port in Makassar. Through this policy, tourists can now explore more fascinating wonders of the archipelago since they can visit more destinations.

Tanjung Priok is the main sea port of the capital city of Jakarta and is the busiest and most advanced Indonesian seaport, handling more than 50% of Indonesia's trans-shipment cargo traffic. It is also one of the main gateway to the capital city that offers a plenty of fascinating splendors, such as the iconic National Monument or Monas, the Old Batavia Complex, the vast recreational resort of Ancol Dream Land. Meanwhile, the Port of Tanjung Perak in Surabaya, the capital city of East Java Province, is the 2nd busiest sea port in the country. The port is a 25 mile long, 100m wide and 9.5m deep channel between East Java and Madura Island. Aside from all the attractions within the city, you can also explore an array of amazing destinations throughout East Java including Mount Bromo, Ijen Crater, the resort hill town of Batu and Malang, and a whole lot more.

Located in the city of Denpasar, Benoa is the main port of the island of Bali and the main gateway to enter the island via sea. It is the port for tourist day-trip boats, private yachts, fishing vessels, Inter-Island ferries, as well as international cruise ships. The port is located closely to popular tourists’ attractions such as Kuta Beach, Sanur Beach, Nusa Dua Resort, and much more. Moving on to Sumatra, the Port of Belawan in Medan is known as Indonesia's busiest seaport outside of Java. Here, there are weekly passenger ships operated by Pelni from Medan to Tanjung Balai Karimun, Batam, Riau Islands and Tanjung Priok, Jakarta, as well as regular ferry services to Penang in Malaysia as well as Phuket in Thailand. From Medan you can also explore various wonders of North Sumatra, such as the famous Lake Toba and Samosir Island.
Last on the list of appointed seaports, Port of Makassar,  also known as the Port of Soekarno-Hatta, have the highest passenger traffic among Indonesian ports and the largest cargo traffic in Sulawesi. Just as other primary ports, this is also the main sea gateway of South Sulawesi. Stepping down from the ship, you can explore the many wonders of Makassar such as Losari Beach and Fort Rotterdam or even further to the magnificent Toraja Highlands and Bulukumba where they make the legendary Phinisi Ship.

So, what are the cruise ships that have made Indonesia their ports of calls? Here are some of them: 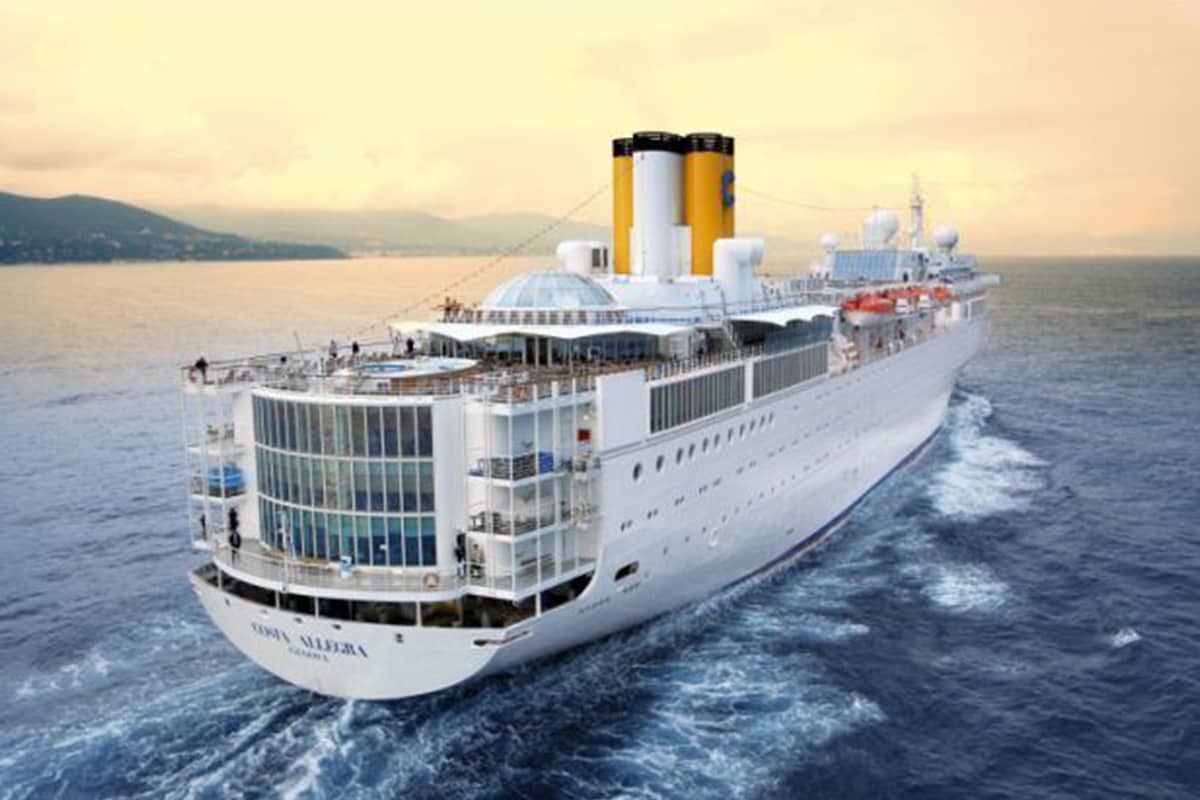 Singapore-based Genting Dream, part of Asia’s luxury cruise line Dream Cruises, embarked on its inaugural voyage from Singapore to Surabaya on December 2017. This latest regular route takes tourists to explore the enchanting natural wonders as well as fascinating cultural attractions of Indonesia. Regarded as the largest and most luxurious cruise ship in Asia, Genting Dream is 335.33 meters long, 39.7 meters wide, and weighs at 150,695 GT with a top speed of over 23 knots. Dream Cruises is no stranger to Indonesian water. Some of its vessels have frequently visited many fascinating destinations across the archipelago including Komodo Island, Anambas Islands, Bali, Medan, and Jakarta. For 2017-2018, Dream Cruises will also make a total of 7 trips to Bali. Bearing Italian flag, the colossal Mega Cruise MV Costa Victoria made a trip to Aceh on November 2017. The cruise made port at Sabang for 5 days and 4 nights while bringing along over 2000 tourists. Leaving from Singapore on an Islamic Cruise Trip, tourists were taken to various attractions across Aceh including the Tsunami Museum (Sukaramai, Baiturrahman), The Stranded PLTD Apung Ship (Punge Balng Cut, Jaya Baru), and the Ship on top of a house (Lampulo, Kuta Alam). The MV ship has the total capacity of 3000 passengers and operated by Costa Crossieres. The Ship was launched on 1996 and had undergone a massive renovation in 2004. 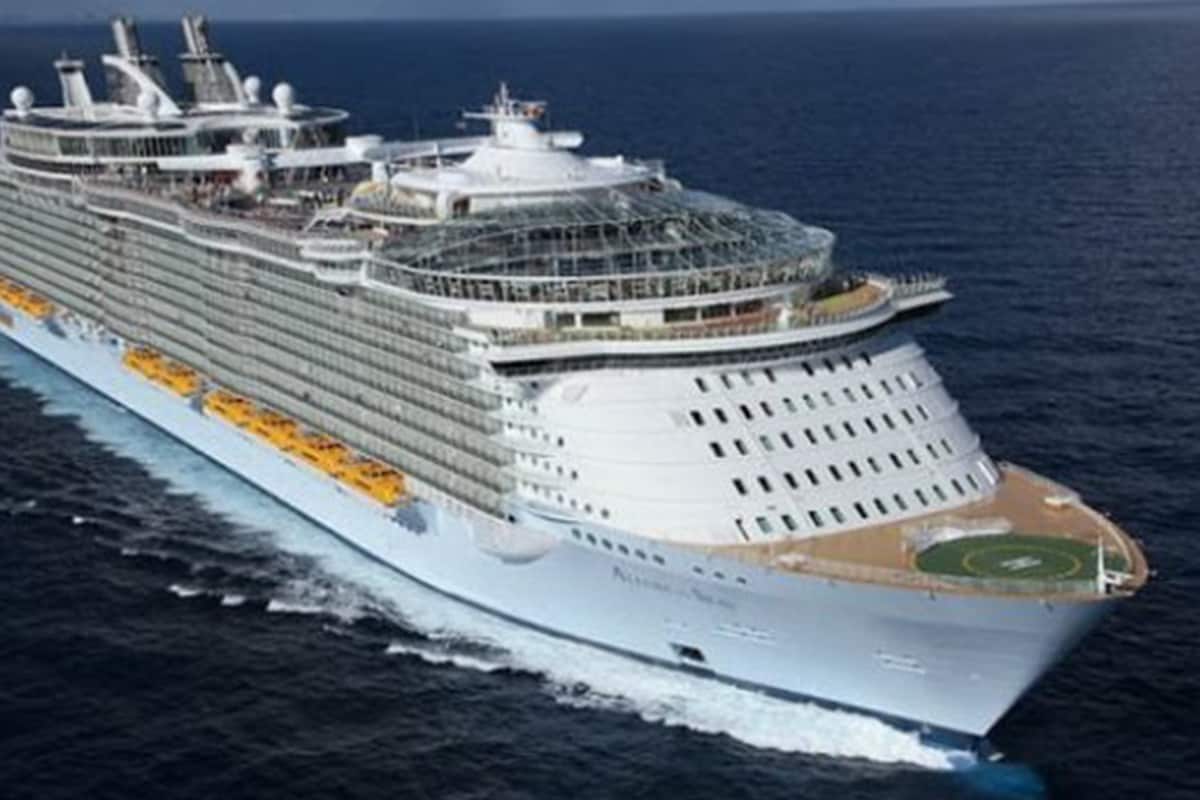 MV Silver Discoverer made port at Tanjungwangi in Banyuwangi Regency, East Java Province on 24 November 2017. The ship that bears the Bahama Flag sailed from Singapore for the second time and brought along of around a hundred international tourists to various cities in Indonesia and one of them is Banyuwangi. Previously, the ship has made voyages to Komodo Island and Benoa in Bali. In Banyuwangi, tourists got the chance to visit the amazing Ijen Crater and Kaliklatak Plantation. Silver Discoverer is a relatively small, yacht-type cruise ship operated by Silversea Cruises as the third member of its Silversea Expeditions fleet. The ship has a tonnage of 5,218 tons, is 338 feet long and 51 feet wide. Hailing from Italy, the MS Costa Allegra made port at the Soekarno Hatta Port in Makasar on October 2009. Hundreds of international tourists on board were taken to explore various attractions in-and-around Makassar, including Bantimurung Nature Reserve, Fort of Soma Opu, and Fort Rotterdam. Owned by the Italy-based Costa Cruises, MS Costa Allegra is one of many subsidiaries owned by Costa's parent company Carnival Corporation.. The eight decks on Costa Allegra were named after famous impressionist painters. A three deck high glass atrium was the center of the ship. Works of art could be found throughout the ship 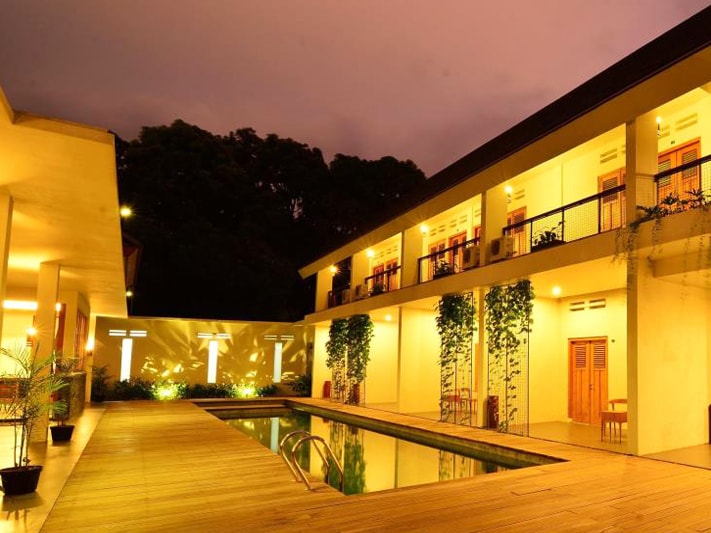 Pacific Eden made a momentous history on April 2017 as the first large ship to berth alongside the newly constructed Benoa Pier in Bali. Sailed off from Fremantle, Australia, the massive cruise ship brought along 1500 international tourists to explore the splendors of the beautiful island. On this inaugural voyage, the ship also visited Labuan Bajo and the magnificent Komodo National Park as well as Lombok, right next to Bali. Pacific Eden is a cruise ship of P&O Cruises Australia. Built for the Holland America Line in 1993 as the Statendam, in November 2015 it was transferred to P&O Cruises Australia and changed its name into what it is known today. The ship has the total length of 219 meters and weight at 55.820 gross tonnage. Pacific Eden offers luxury penthouse suits, sixteen dining experiences, and a top deck pool which always open regardless the weather thanks to the climate controlled retractable roof. 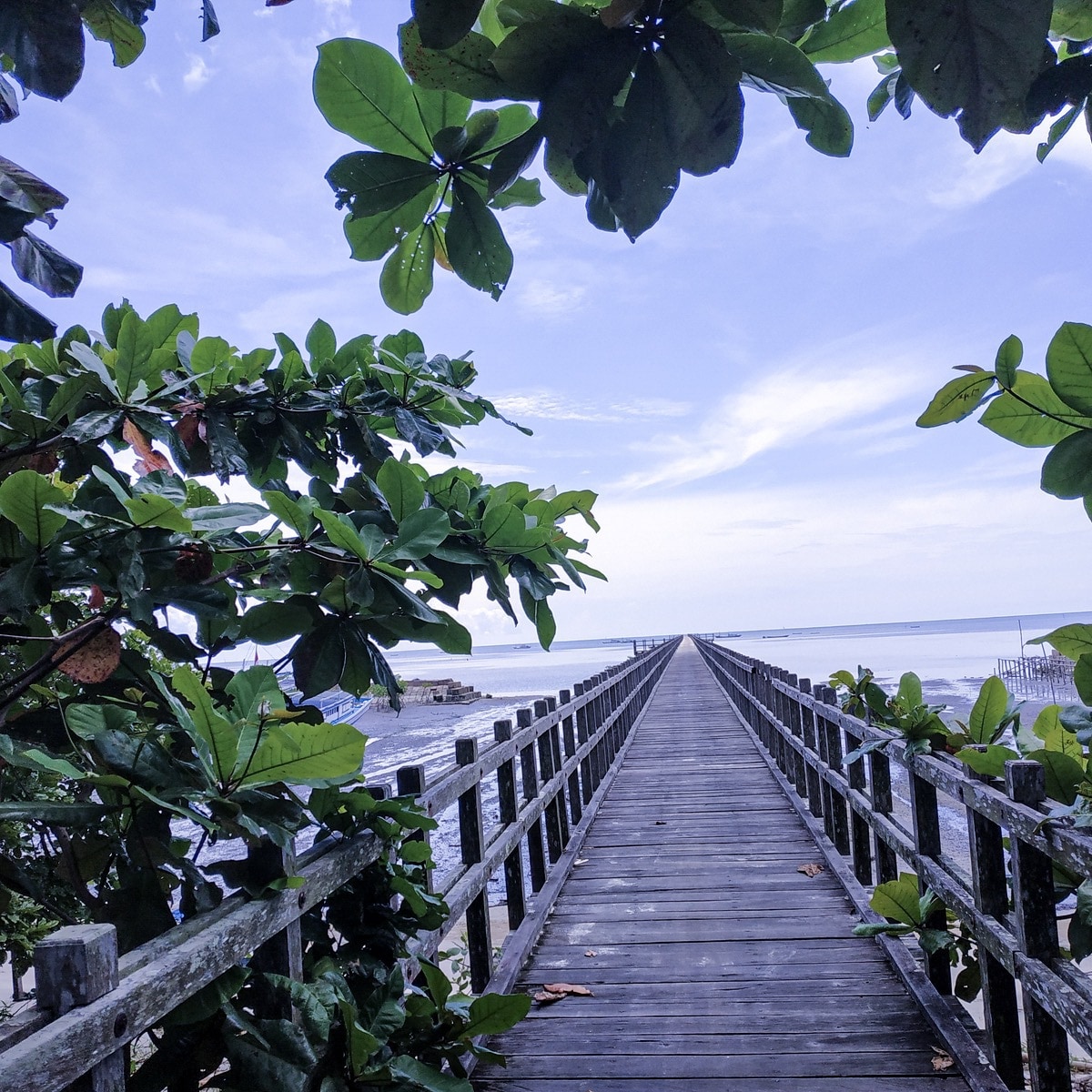