Indonesian Creators with International Debut You Should Get to Know More

As a country with a rich artistic heritage, Indonesia is no stranger to anything that relates to creativity. Anything from cinema, music, and fashion, down to arts and crafts in general, Indonesia has a lot of brilliant creators. As we are celebrating the Day of Creativity and Innovation, right now, we have brought you numerous Indonesian creators that just made their mark in the international spotlight.

During this pandemic, creativity and culture also plays an important role as the catalyst of economic growth. This economic growth would then have a chance to create more jobs, making ease of Indonesia's socioeconomic problems. It has been proven that throughout the pandemic, Indonesia's creative industry is resilient enough to make a breakthrough from local  creators' works, distributions, and promotions.

Curious about which Indonesian artists have gained worldwide attention? Let’s check them out together below!

Over the past few years, Indonesia has just witnessed a slow but sure growth of the local fashion industry. With many outstanding brands and designers emerging here and there across the archipelago, now the world of Indonesian fashion has begun to thrive. Recently, there’s one brand from Indonesia that has brought the world’s eye to the country’s fashion scene. Meet Sean Sheila, a fashion brand formed by the creative couple of Sheila Agatha and Sean Loh. As one of the few Indonesian creators with international debuts, Sean Sheila has gotten a chance to exhibit their 23 eye-catching fall/winter looks in the showroom of Paris Fashion Week 2022. The showroom itself existed to provide fashion designers a platform to showcase their collections to potential buyers and presses.

Another fashion brand from Indonesia that also recently made an appearance in an international fashion show is Hian Tjen. In collaboration with Make Over, a local cosmetic brand, Hian Tjien showcases its splendid couture collection at Arab Fashion Week 2022. Held in Dubai and the rest of the Middle East, this fashion week is coordinated by the Arab Fashion Council and Dubai Design District. It has hosted various famous designers including Jean Paul Gaultier, Moschino, and Iris Van Herpen.

Indonesia’s mark on the worldwide fashion spotlight doesn’t end that soon. A Bali-based fashion accessories brand known as Jewel Rocks was also given a chance to show their creations at Paris Fashion Week 2022. Along with Sean Sheila, Jewel Rocks showcases their stunning selection of bracelets, necklaces, and rings in the fashion week’s showroom. A year ago, they just showcased another vibrant collection entitled Neon Yogi which is now available on their website.

Who isn’t familiar with the hype train known as NFT, which rose to popularity last year due to a sudden boom in digital art? An Indonesian collective named Karafuru has taken the NFT world by storm as of late. Formed by Museum of Toys, Urban Sneaker Society, and an artist known as Willy WD, a single art of Karafuru has reached an amount of 4 ETH (about $ 2,903.19) in the OpenSea marketplace. Karafuru has about 5600 NFT collections. Their art itself was heavily inspired by Japanese anime, hence its adorably cartoonish and colorful style.

a. Tulus - 1st Indonesian musician who has managed to enter the Billboard Global 200 Charts in April 2022, with “Hati-Hati di Jalan”

Having released his fourth album titled Manusia on 3 March 2022, the Bukittinggi born-singer known as Tulus has become one of the Indonesian singers that made an international debut. His newly released single titled “Hati-Hati di Jalan” received a heavy rotation across streaming services in Indonesia due to its melancholic tune and touching lyrics. Tulus then managed to enter the Billboard Global 200 charts thanks to the stream of the single, making him the first Indonesian artist to ever reach the international chart.

The last few Indonesian musicians going worldwide recently are Rich Brian, NIKI, and Warren Hue. As a part of 88 Rising, a record label focusing on the works of Asian artists, the three of them have been given a chance to perform at Coachella Music Festival 2022. This marks the another appearance of Indonesian artists at one of the biggest festivals in the US. Previously having released numerous hits that have received frequent airplay, Rich Brian and NIKI have also got a chance to perform as a solo artist.

NIKI performed during the first day of the event, bringing out some hits such as “Every Summertime” and “Lose”. She also sang “Sempurna”, a ballad from a renowned Indonesian band, Andra & The Backbone, to honor her home country.

Meanwhile, Rich Brian performed on the second day of the event, playing familiar hits including “Glow Like Dat”, “History”, and “edamame” (featuring bbno$, a Canadian-born rapper). During his performance, a picture of Monas in Jakarta was also shown on the stage's screen.

Looking to delve deeper into the creativity of Indonesia? Discover the archipelago's rich cultural and artistic heritage by checking out various destinations that have inspired many Indonesian creators. Learn about Sasak art of weaving at Sade Village in Lombok, browse through the intricate crafts of Balinese artists at Sukawati Art Market, or visit several other destinations with unique dance art. If you would like to visit Indonesia, make sure to always comply with the CHSE (cleanliness, health, safety, and environmental sustainability) protocols. Wear your mask in public, keep your distance from others, and wash your hands regularly. Do also follow our Instagram @wonderfulindonesia, Twitter @wondefulid,  Facebook @WonderfulIndonesia, and our Youtube Wonderful Indonesia to find out more about Indonesia’s amazing arts and breathtaking travel destinations. 5 Great Things about Jakarta You Have to Experience 5 Amazing Gastronomy Restaurants in Indonesia You Should Check Out 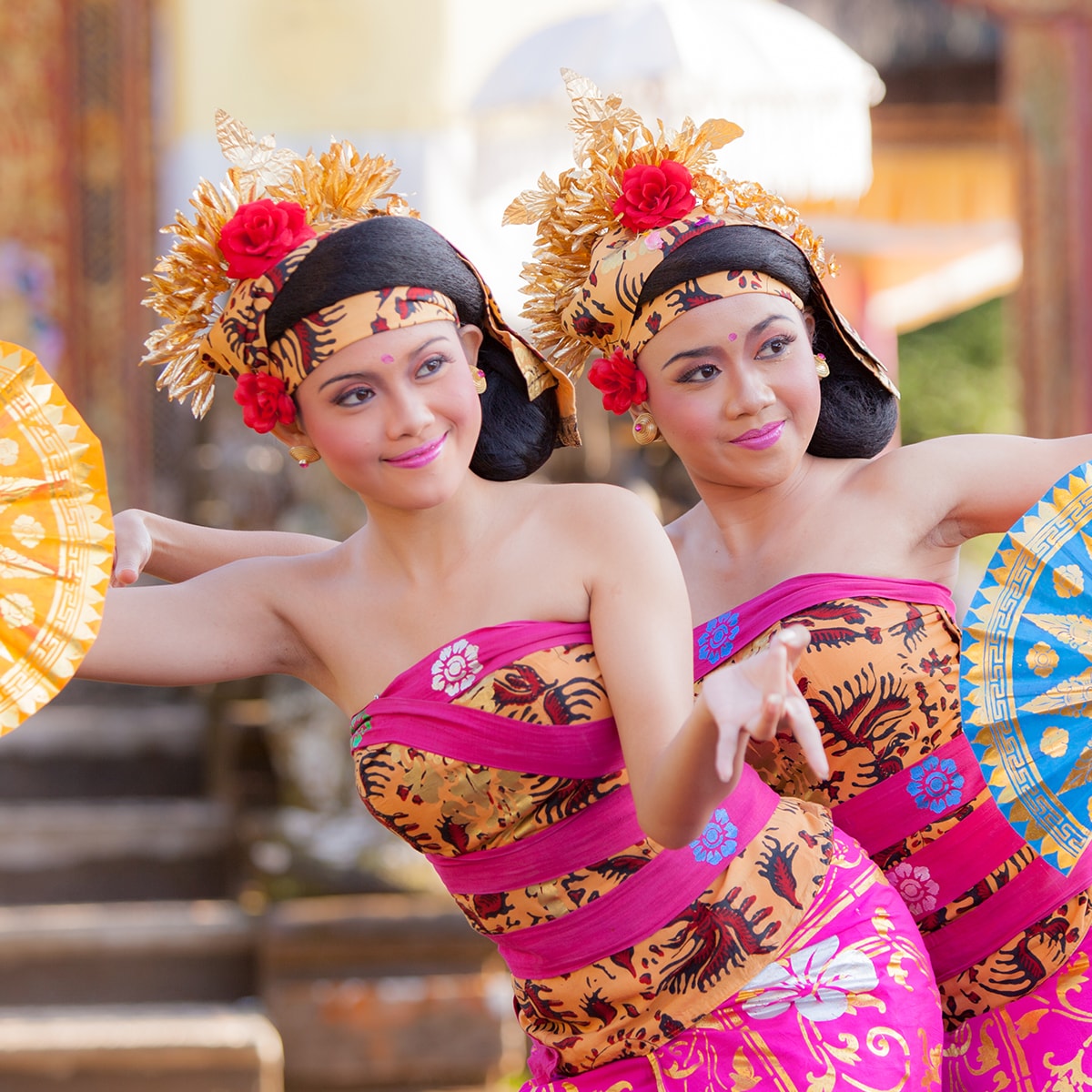 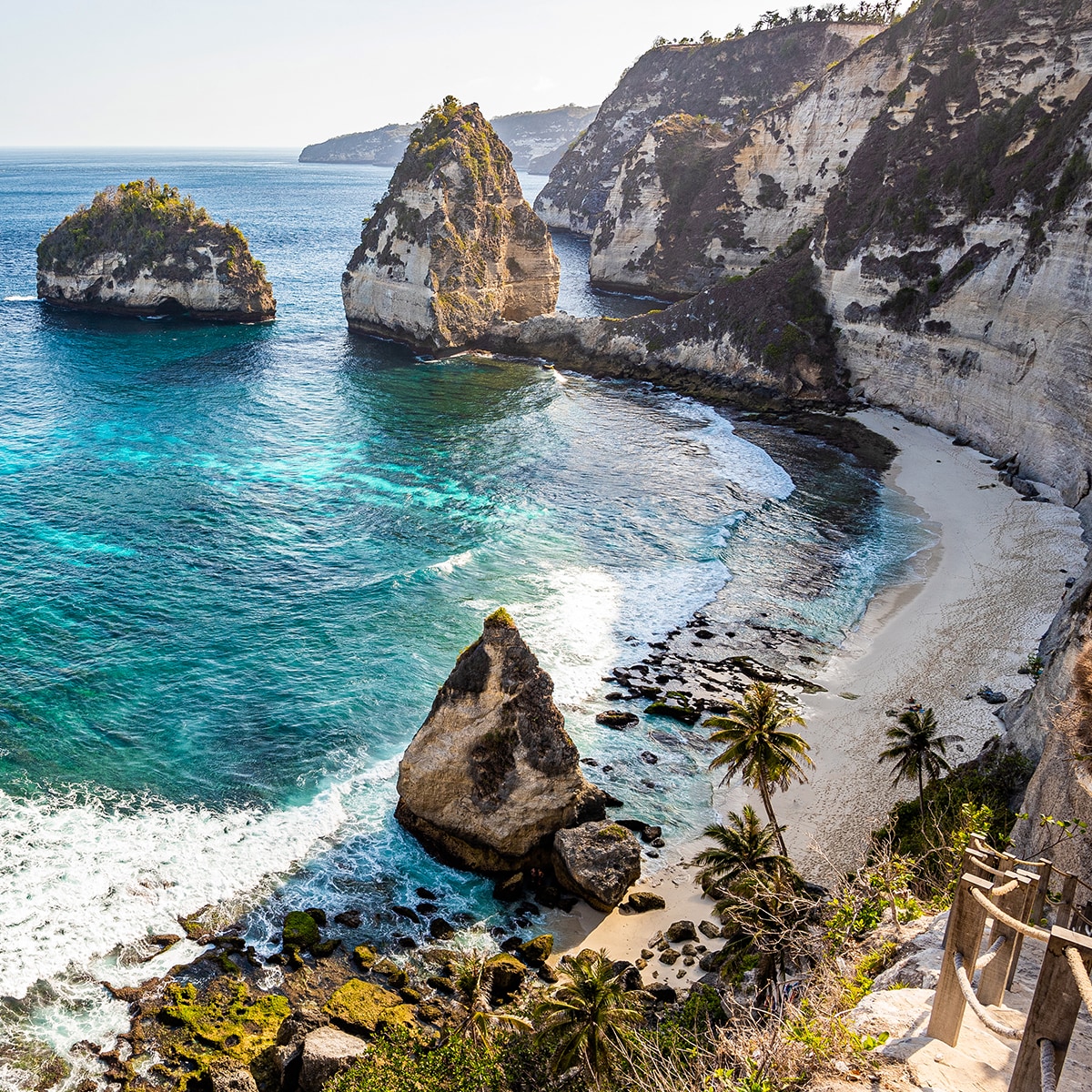 Discover the Unbelievable in Nusa Penida