A mere six months on being declared one of Indonesia’s ten Tourism Special Economic Zones (SEZ) , the Tanjung Kelayang SEZ covering 324.38 hectares area on the beautiful Island of Belitung, took off on Friday, 2 September 2016. Minister of Tourism, Arief Yahya, accompanied by Transportation Minister Budi Karya Sumadi, officiated at the groundbreaking ceremony for the first hotel to be built in the Zone by the Dharmawangsa Group. Simultaneously signed was the MoU between the Bank BTN with the Ministry of Tourism to offer loans to small investors to build Homestays on Belitung, so that the effects of tourism spending can immediately be enjoyed also by the local population.

The early groundbreaking event was on the request of Belitung Regent, Sahadi Saleh. and Bangka-Belitung Governor Rustam Effendy who were, of course, also present at the ceremony. Belitung being part of the Bangka-Belitung Province located south east off the island of Sumatra. The event was, moreover, witnessed and participated by members of the Diplomatic Corps in Indonesia.

Tanjung Pandan to be International Airport before end of the year 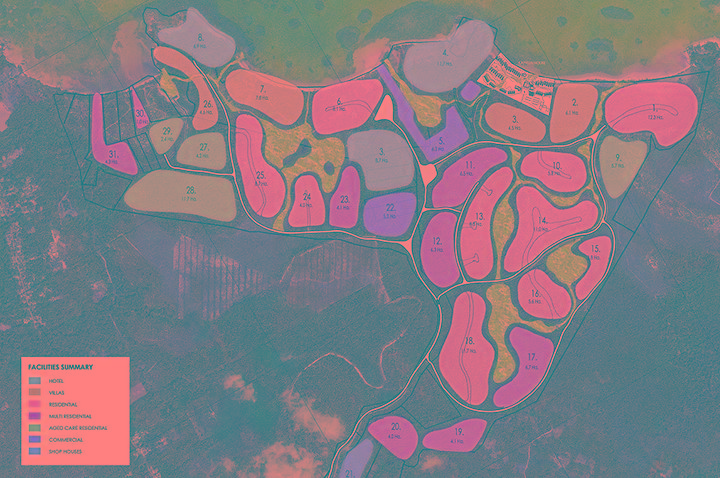 After inspection of the area and Belitung Island, Minister of Transportation Budi Karya confirmed that as first measure to facilitate and accelerate tourist arrivals, the HAS Hanandjoeddin airport at Tanjung Pandan, with code name TJQ. will be designated an international airport before December 2016, able to receive B.737-800 aircrafts . For this reason Minister Budi Karya also urged Garuda Indonesia, Sriwijaya Air and Lion Air to increase their flights to Belitung from Indonesian as well as overseas cities.

The airstrip will be extended to 2,500 meter, and the terminal expanded to be cater to 20,000 passengers capacity.

Minister Budi Karya also promised to have regular buses operating the distance between the 30 km stretch from the airport to Tanjung Kelayang SEZ. Furthermore, for the enjoyment of tourists, there will also be boats for island hopping.

In the first phase the first hotel to be named : “Kapiten House” will have 98 rooms and 30 villas on a terrain covering 7.4 hectares of land. This section carries the theme : Indonesia Heritage from the Dutch Era. The hotel is expected to become operational by 17 August 2018. Whereas, the second phase will be called Kota Agung Majapahit Heritage, to cover 25.38 hectares. The central theme here named: Where cultures of East and West meet.

Already in efforts to boost tourist arrivals to Belitung and hosting the international yachts in the Sail Karimata rally, Belitung will stage the “Land of the Rain bow Troops Festival” based on the internationally acclaimed book and movie written by author Andrea Hirata, from 21 to 23 October.