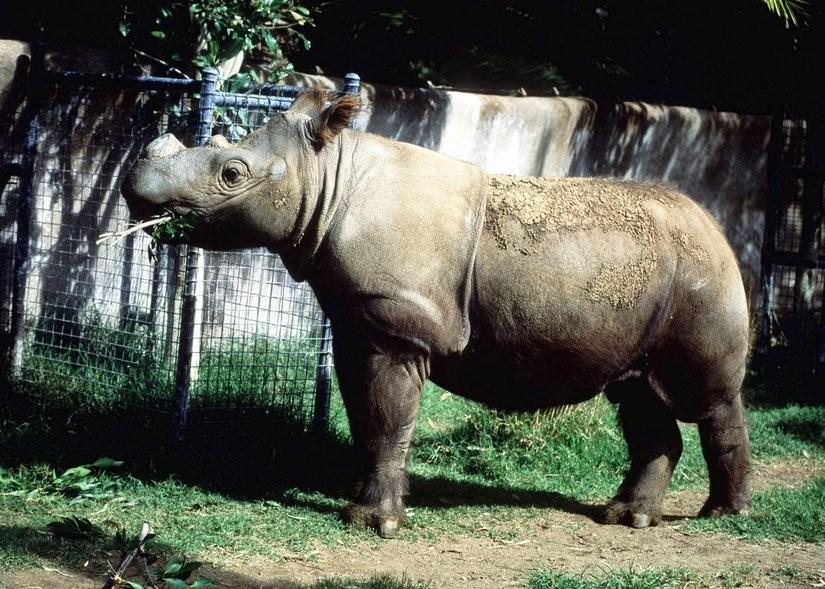 On Thursday, 12 May 2016 conservationists were elated to witness the natural birth of the second Sumatran Rhino in the wildlife sanctuary of the National Park of Way Kambas in the province of Lampung, located at the most southern tip of the island of Sumatra, reported Discovery News.
Its birth is highly welcomed by all, said  Ministry of the Environment Spokesman, Novrizal Kahar, since this is  indeed a rare species that is near to extinction.  This gives  hope for the continuation of wildlife species  in Indonesia.  It is, moreover, evidence that the Government of Indonesia is indeed committed to continue to protect and conserve endangered species, added Novrizal Kahar

Some weeks ago a single rhino was discovered on the island of Kalimantan (Indonesian Borneo), the first after 40 years, but sadly it died soon after. Last year Malaysia declared this species extinct .

The Sumatran rhino is the only rhino species in Asia that has two horns. Whereas, the Java rhino whose last habitat in the world is the Ujung Kulon National Park at the western tip of Java, is one-horned.
The baby’s mother called Ratu (or Queen)  was mated at this Way Kambas conservation park with Andalas . In 2012 their first rhino calf was born and named Andatu, who made history as the first rhino calf to be born in captivity in more than a century.   With this latest birth the Way Kambas rhino nursery has successfully seen and reared 5 Sumatran baby rhinos.

At time of publishing, the young female calf has not yet been given a name.  It weighed 20 kilograms, and within hours could walk around and suckled from her exhausted mother

It is estimated than at present only some 100 Sumatran rhinos are left roaming in the wild, but these are threatened with extinction because of the rapid loss of habitat for plantation and human settlements and are being poached for their horns, said Environment Ministry Spokesman, Kahar.