The Komodo National Park, the only place on earth where you can have a close encounter with the legendary Komodo Dragons, - located in East Nusatenggara, Indonesia, - was recently selected among the World's Top Ten Destinations by the National Geographic magazine as mentioned in their special issue on the '100 Best Destinations around the world in four seasons' July 2017 edition. 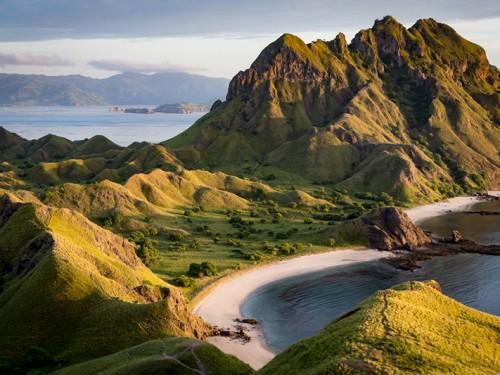 Indonesia's Vice President, Jusuf Kalla, and Minister of Tourism, Arief Yahya immediately gave their positive response to this recognition, hoping that the achievement will be followed by other prime destinations across the Indonesian archipelago. "The choice has been made internationally based on global standards, and National Geographic is a very credible establishment. We are proud that Indonesia, represented here by the Komodo National Park, has made it to the world's top ten destinations. It is solid prove that our efforts to promote Komodo and the National Park are paying off. Moreover, this destination is indeed worth the visit." said VP Jusuf Kalla. The exceptional charms of the Komodo National Park have recently captivated none other than Italian legendary MotoGP rider, Valentino Rossi. On his vacation in January 2017, "the Doctor" – as he is also famously known - passionately expressed his excitement, sharing them through various posts to his 13 million followers on Facebook, 4.7 million followers on Twitter, and 3.7 million of his fans on Instagram. Another world personality, famous actress and singer Gwyneth Paltrow gave testimony of her lasting impressions upon visiting the Komodo National Park. According to Indonesian Minister of Tourism, the achievement will boost not only the promotion of the Komodo national Park, but in general also the Country's Brand of Wonderful Indonesia. "Labuan Bajo and the wonders of Komodo have seen the endorsement of world stars on the level of Gwyneth Paltrow, and now it has received positive reviews from National Geographic. I sincerely thank all National Geographic Readers from all over the world for their positive reviews on our Komodo National Park that has placed it among the world's best destinations." Said Minister Arief Yahya. Home to the largest, unique and rare lizard species on the planet called the Komodo Dragons (Varanuskomodoensis), the Komodo National Park is located off shore a few hours away from the town of Labuan Bajo in East Nusa Tenggara Province and include three major islands: Komodo, Rinca and Padar islands, as well as numerous islets which together cover 603 square kms area. There are at least 2,500 komodos that make this area their habitat that they share with horses, wild buffalo, deer, wild boars, snakes, monkeys, various types of birds, and other wildlife. Aside from dragons, the national park also features outstanding natural landscapes. Here you can find the exceptional Pink Beach, which is one of the only 7 known in the world. Aside from its striking color, the beach offers serene ambience and a perfect getaway from the hustle and bustle of modern city life. Away from the shores, the seas around the islands in this National Park offer vibrant colors of coral reefs and exotic marine life. Snorkelers and divers will be enthralled as endless schools of fish ride the waterways rushing up from deep sea vents, below them is the seabed covered with a thick carpet of fluorescent corals and marine invertebrate, a true paradise for macro-photographers. 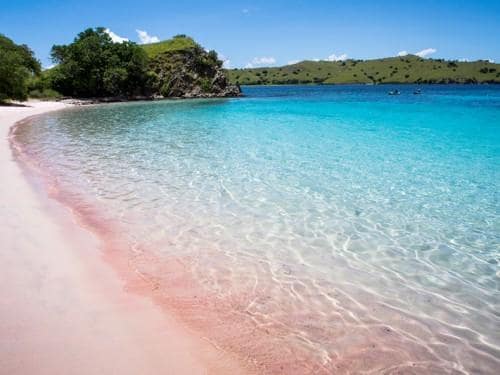 The corals in the Komodo National park are pristine, alive with Mantas, sharks, giant turtles, dolphins, dugongs, many pelagics, to the tiny pygmy seahorses, nudibranchs, frog fish, you name it we've got it. The sites vary from gentle easy coral slopes to heart pounding adrenalin rides, from the warm waters of the Flores Sea in the north to the chillier waters down south in the Indian Ocean, the underwater terrains are also varied with sheer cliff walls, pinnacles, sandy flat bottoms, underwater plateaus, slopes, caves, swim-throughs, channels, all with varying colors, sizes and types of both hard and soft corals that together make the Komodo National Park a beautiful experience not easily forgotten.