Lovina Festival 2017 on the shores of North Bali

Not to be outdone in staging spectacular festivities, the northern coast of Bali at Lovina will come alive and hold its own Lovina Festival 2017 carrying the theme: "Enjoy the Difference", to be held from 14th - 18 September 2017 centered at Kalibukbuk Beach at Lovina. Lovina Festival will highlight the region's natural and cultural attractions that include its black beaches, quiet waves that allow boats to go out to sea to get close and personal to meet the schools of bottlenose dolphins playing in the sea. Further out, tourists can also dive and admire the beautiful coral reefs where an underwater temple has been specially submerged to allow new corals to grow. And being Bali, there will naturally be many dances and art performances staged that are unique to North Bali. To cover four consecutive days, the Festival will center around Kalibukbuk beach, and is supported by participants from the town of Buleleng, aimed at revitalizing tourism in this part of Bali particularly around Lovina Beach, the icon of North Bali, said I Nyoman Sutrisna, Head of the Culture and Tourism Office of the District of Buleleng. The exciting Baleganjur and the Gebogan Parade will officially open the event, followed by the Gong Kebyar and the Ki Barak Panji Sakti dance. This will be continued with Bull races at the Kaliasem village and wayang performances. 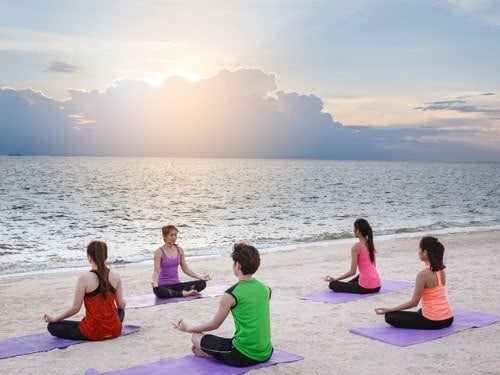 The second day is when Yoga enthusiasts will have their special day with Yoga Asana Health and Beauty events. Additionally, a craft exhibition, a culinary bazaar, and more traditional dances and music will entertain the public. While on the third day, art performances will continue with collaboration of a number of bands, the ladies gong kebyar dance and the Kalibukbuk Bondres.
On the fourth and last day Lovina Festival 2017 will close with the Magangsing parade, Kebyar performance, Mengejekan and the Gong. 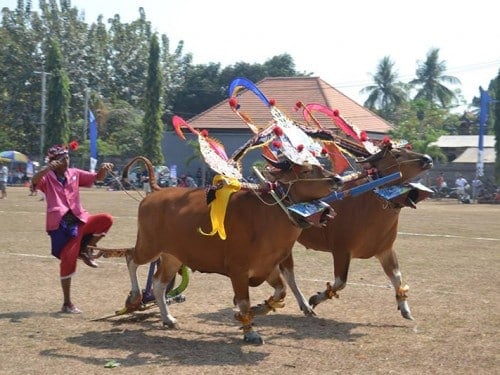 Lovina Beach is particularly popular for its dolphin tours where moments before the sun comes up, tourists will set out to sea to get to watch from near touching distance the playful bottlenose dolphins (tursiops truncatus) dancing in the sea. For this reason, at Lovina the 5 meters dolphin statue was built at the gate of the tourism resort.

Lovina Beach is around 9 km from the town of Singaraja or 80 km from Bali's capital city of Denpasar, which distance can be covered in 3 to 4 hours ride. From Denpasar you may take a public bus at the Ubung bus terminal in North Denpasar, while upon arrival at Singaraja a connecting bus will take you to Lovina at Rp. 30,000 fare. But if you arrive from the airport then there is no other option but to rent a taxi that will cost you around Rp. 300,000. While from Ubud which takes 3 hours, or from Gilimanuk which is 4 hours away, there are public buses to the Singaraja terminal, but there usually are also minibuses that may take you direct to Lovina Beach.

3. The Serene Pemuteran Beach and its Phenomenal Underwater Temple

5. Follow the Holiday of the Obamas: Plan your Ultimate Bali Family Trip