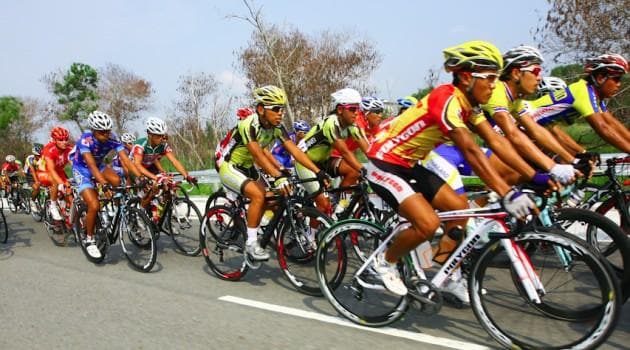 Ambassadors to Indonesia Pledge Support to the Tour de Flores 2016

The inaugural edition of Tour de Flores 2016 which will be held next year in the East Nusa Tenggara Province has received international cooperation especially from sixty ambassadors who have pledged their support. The ambassadors, hailing from across Europe, including San Marino and Italy, said they would ensure a cycling team from their countries to participate in the event.

“International events like Tour de Flores are very crucial for attracting foreign tourists," Germano Valle Barbero, Ambassador of the Republic San Marino to Indonesia, said during a recent embassy dinner, as reported by jakartaglobe.beritasatu.com. While Ambassador from Poland also mentioned that he and the Polish Team will also take part in the special event.

Set to take place from 16th to 26th May 2016, the ten day cycling race is projected to attract participation of no less than 20 racing teams from Indonesia and abroad. The five-stage race will cover 748 kilometers of highway, spanning from the coastal city of Larantuka in the east, through winding and mountainous track in the central part  Flores and ending at Labuan Bajo, gate to the Komodo National Park.

The race will highlight several natural and cultural wonders of Flores Island such as the tricolor lake on Mt. Kelimutu and the megalithic village of Bena. At the end of the race, participants will have the opportunity to visit the home of the rare Komodo dragon, as explained by Primus Dorimulu, Chairman of Tour de Flores 2016.